You are here: Home / Recipes / Beets Me

Afternoon: Bike, Mike, mic. Our podcast should be up tomorrow!

After we recorded, I biked back home – easier said than done! I’d say I got a fair bike workout today!

When I returned home, I started on dinner. We had houseguests to entertain! 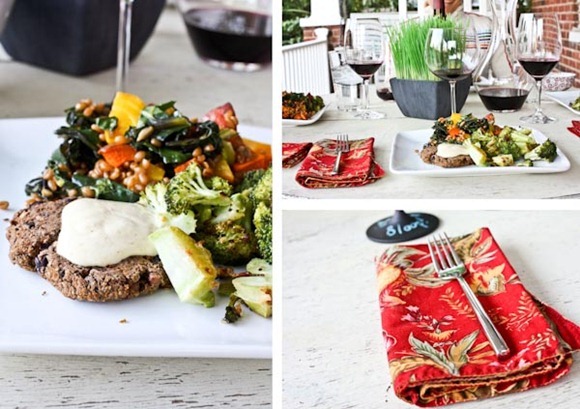 Good ole Faith and Tate, who we owed dinner after they hosted us last week! 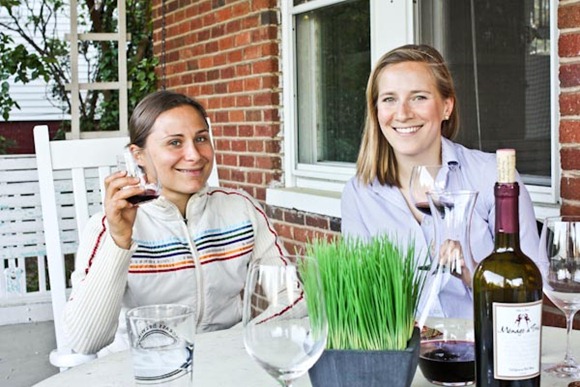 Did you know I have never cooked BEETS!?! 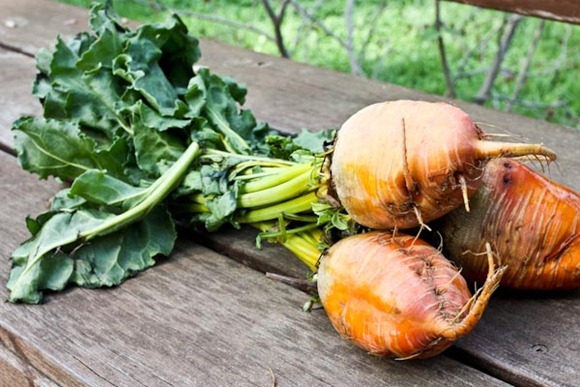 I just learned to like them from restaurant menus in the past year or two, so I haven’t really needed to make them. One time I bought some from a jar, and they were just OK. I wanted a new vegetable to make for our dinner tonight and picked these out for a beet salad. I chose golden because I am afraid of pink hands! 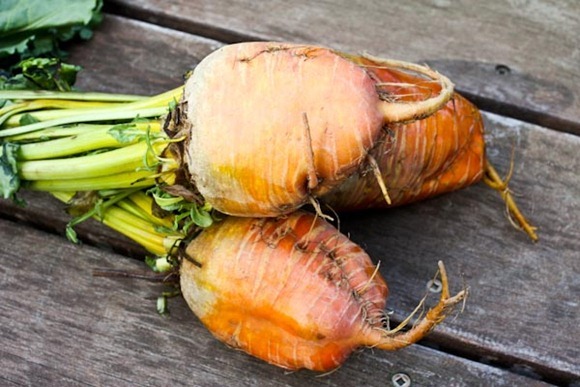 They were SUPER easy to cook! I consulted my CLEAN FOOD cookbook for the how-to.

Cut off greens (but saved them to sautee into the salad!) 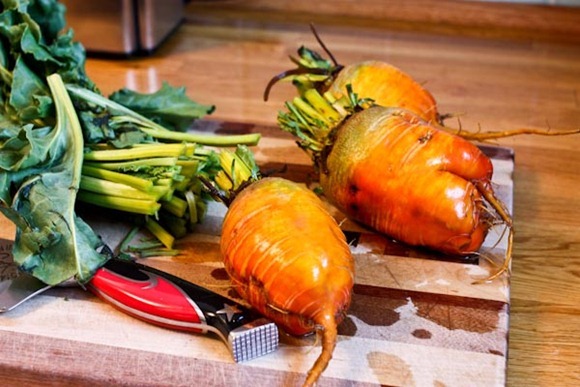 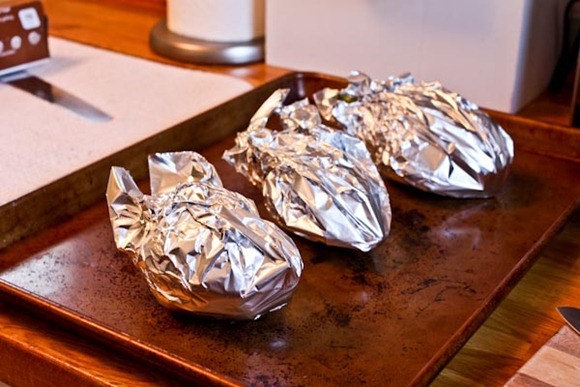 And baked for 45 minutes at 425*. Just as expected, the skin just peeled right off with my fingers!

I chopped them up and they were DELICIOUS!!!!!! Like a sweet potato. They were much milder than their red sisters – I think I prefer golden beets in general

At the same time, I roasted up a sweet potato 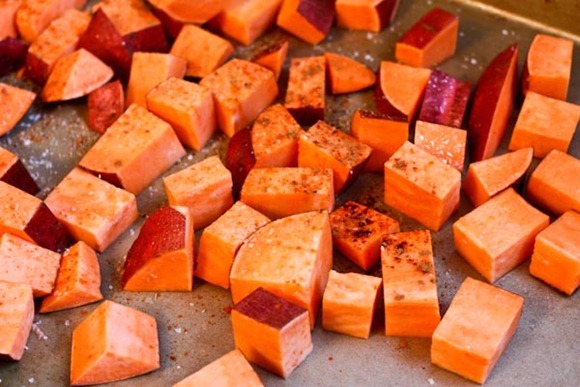 And cooked some wheatberries on the stovetop. They all took about 45 minutes – good timing! 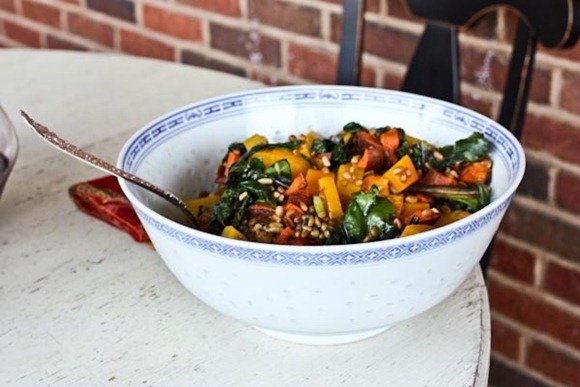 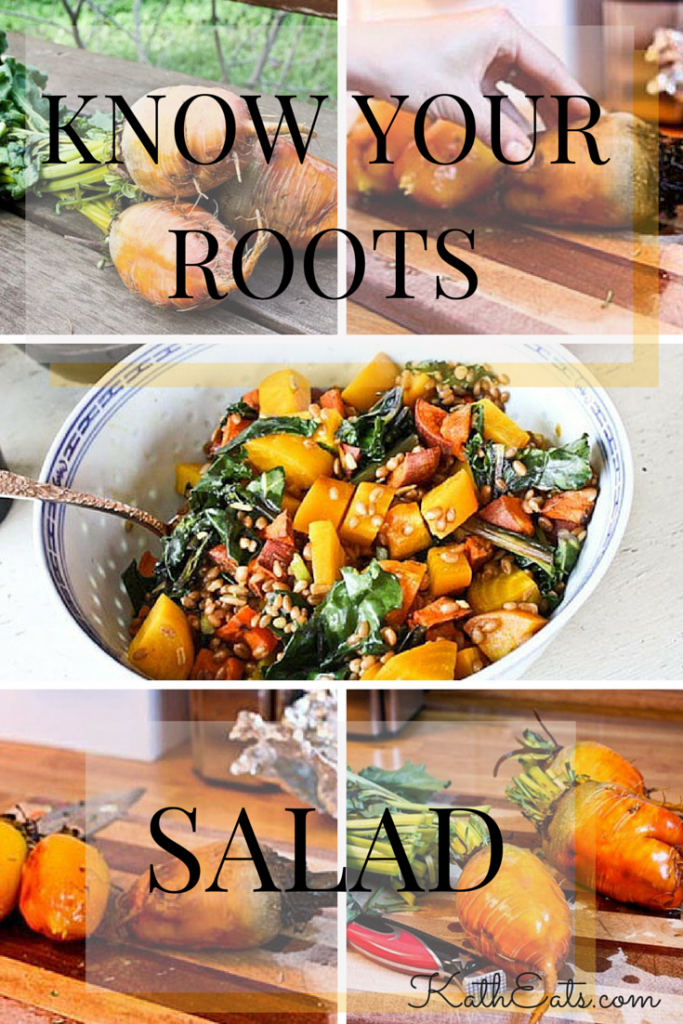 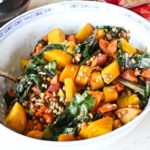 My first time making beets and they were a hit!! This salad seems intimidating, but it really just cooks itself. You just have to prep and turn on the oven.
Prep Time 10 minutes
Cook Time 45 minutes
Total Time 55 minutes
Servings 4 servings
Author kath younger

I thought it was fabulous! All because roots are so delicious. 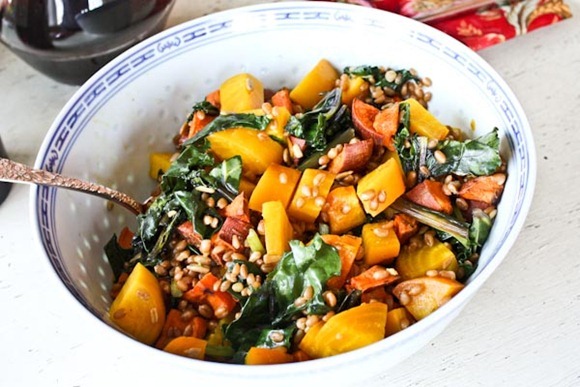 To start our evening, we opened a luscious red: 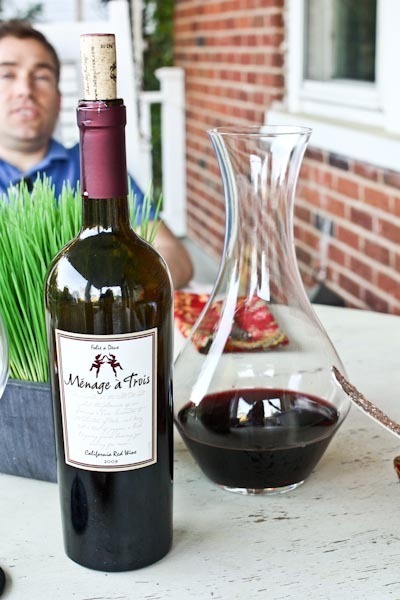 Splish, splash. I had one nice glass throughout the evening 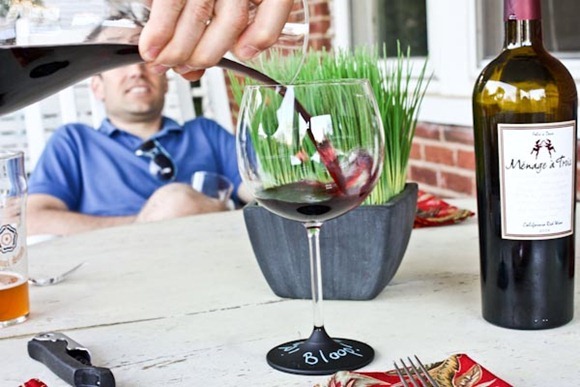 In addition to the beet salad, we had Emily’s vegan bean burgers! These are great because they have a hint of cinnamon and the perfect spice blend! They are baked and easy to make. Love them! We used half black beans and half black-eyed peas. Ours were really doughy and good! We also used twice the olive oil – Matt’s call to help them come together in the mixing bowl. 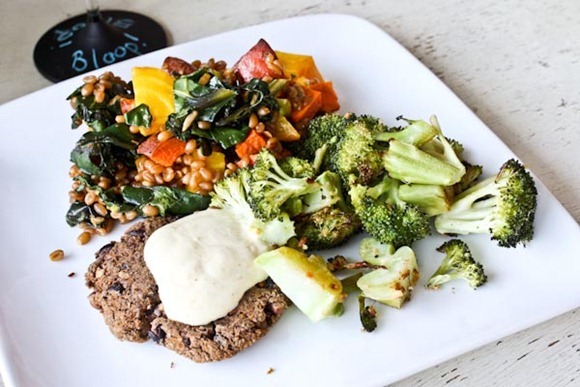 On top of the burgers I made a yogurt sauce (Faith-style!) which was plain yogurt, 1 tsp curry powder and 1/2 tsp coriander. The coriander made it! 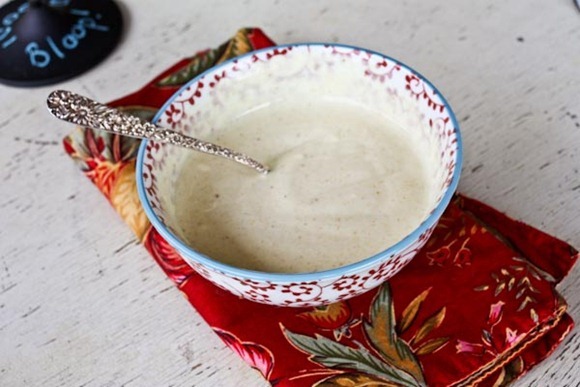 There was also roasted broccoli involved – 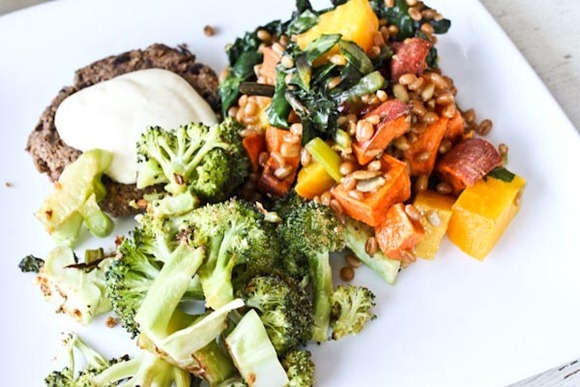 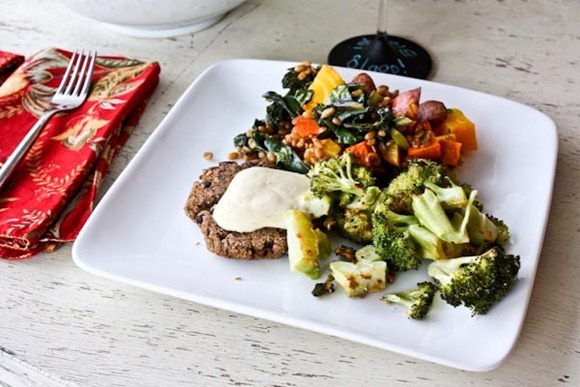 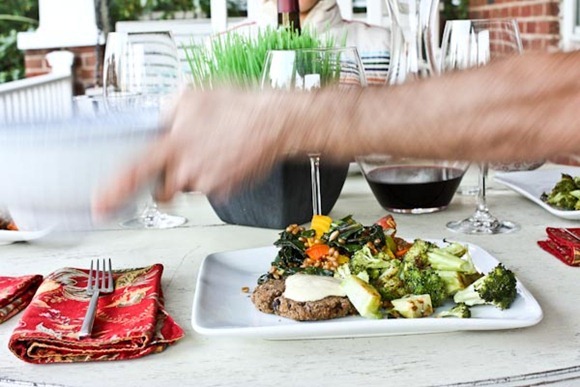 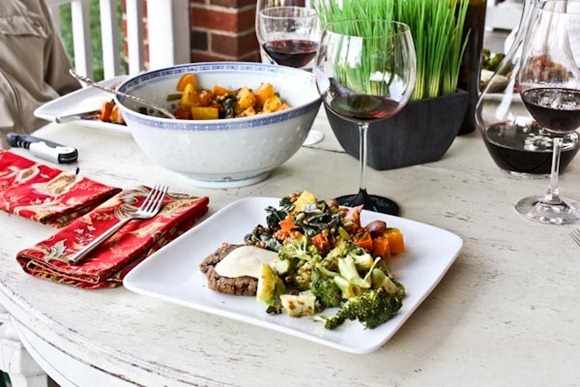 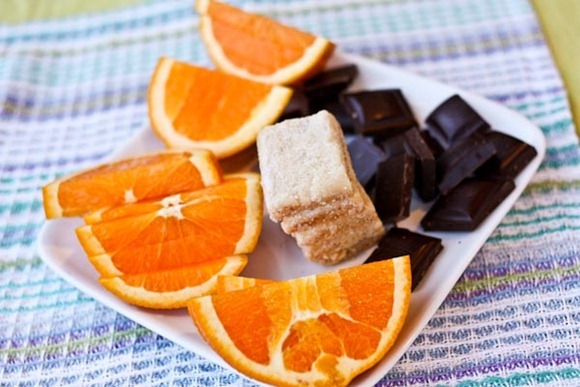 Today has been quite insane. We had hiccups with our GH website, and multiple meetings and lots of emails fell into my lap (on top of my usual 100+ blog comment emails everyday 🙂 ) I didn’t have time to go to the bathroom at moments! Hopefully tomorrow is calmer. We’ve got a cold rainy front coming through, but the weather forecast looks promising for the days after.