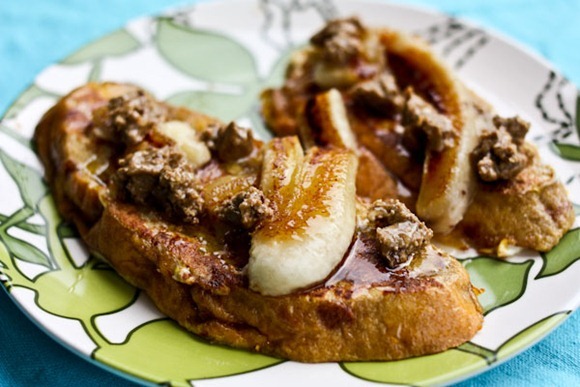 Especially when grilled and served atop french toast! 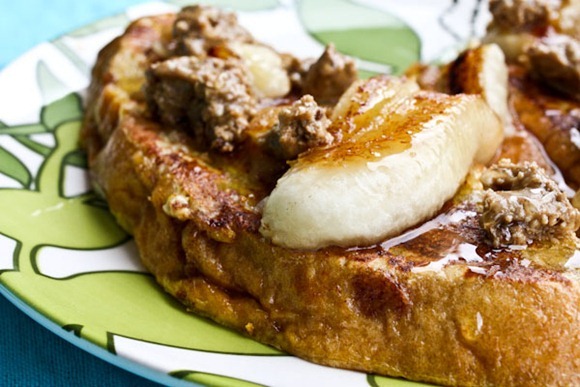 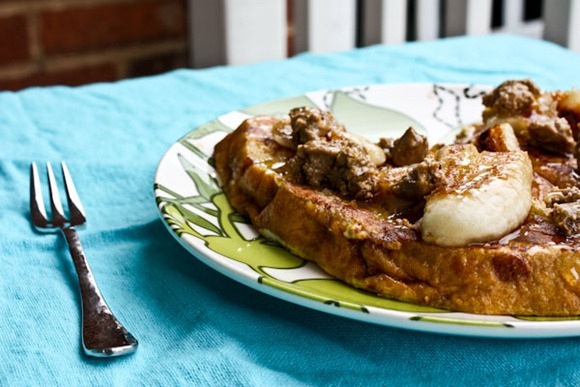 I had a loaf in my freezer that I thawed out last night just giddy waiting for breakfast! Note – our Cinnamon Chip is 100% whole wheat and you’d never know it! That’s because it’s made with Great Harvest’s golden wheat – a lighter cousin to red winter wheat – and a special blend put together by the wheat specialist they have. 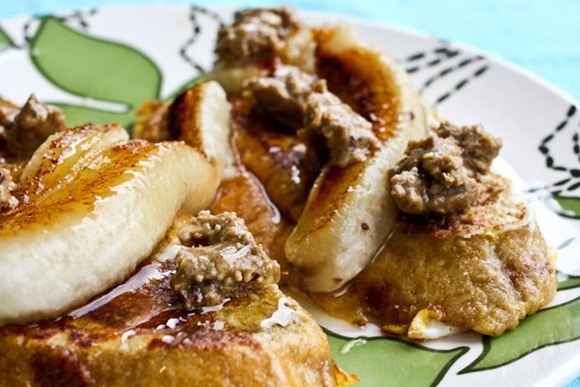 I dipped two slices of Cinnamon Chip in an egg (well, 2 eggs if you count both Matt and me) and plopped a few bananas next to the toast on our pancake skillet. A few minutes of caramelization later…I added Cinnamon Vanilla Sunflower Butter and a drizzle of local honey! 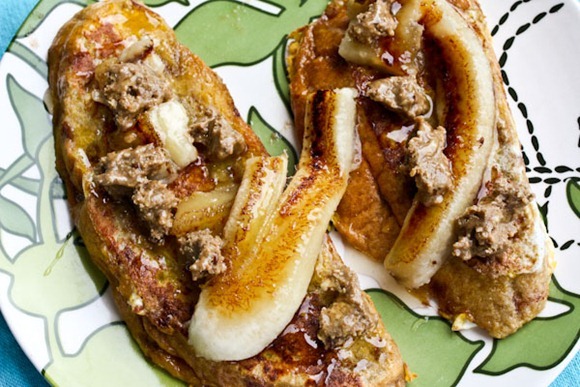 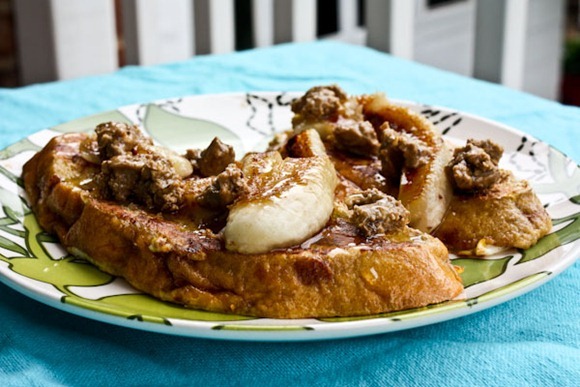 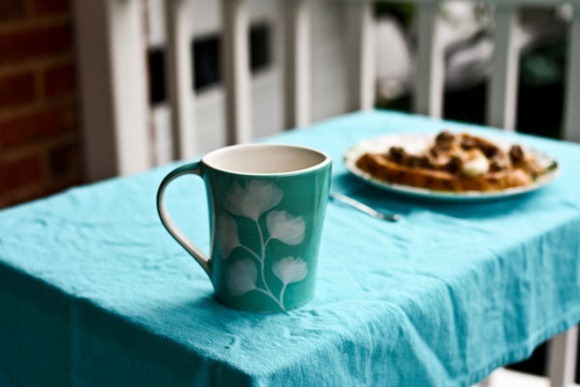 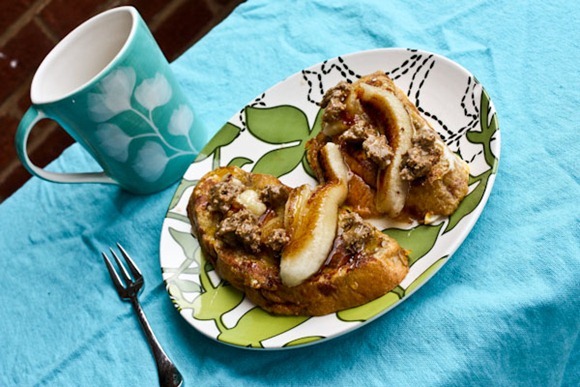 I’m running errands all day and hope to majorly tackle my to-do list!