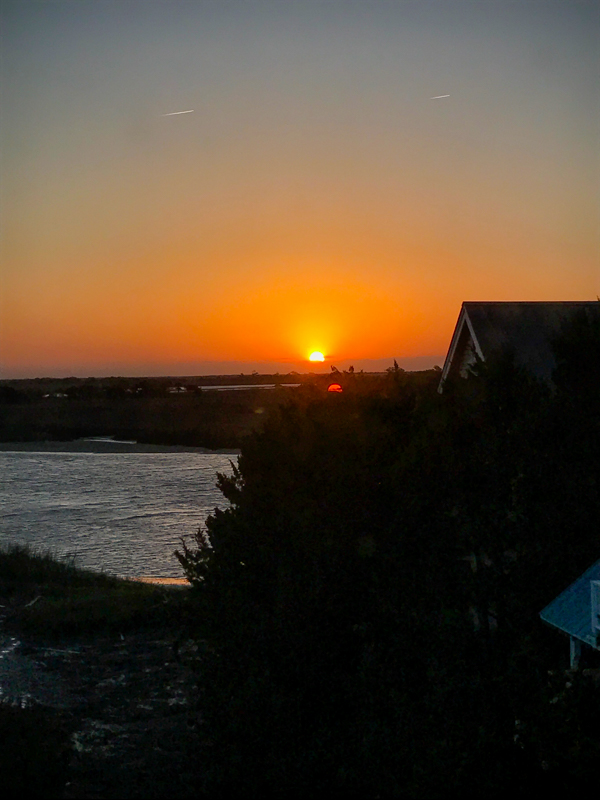 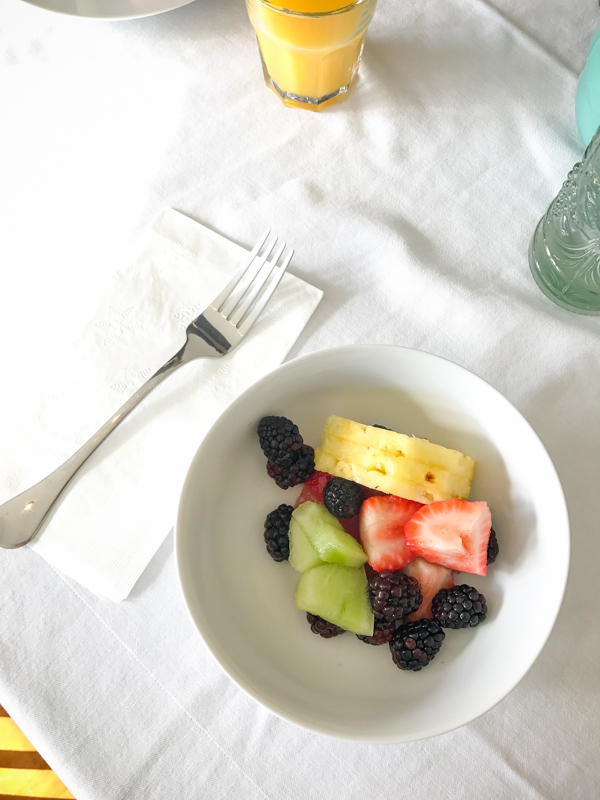 We had a light breakfast at the inn before heading out for Sunday brunch at the Club. 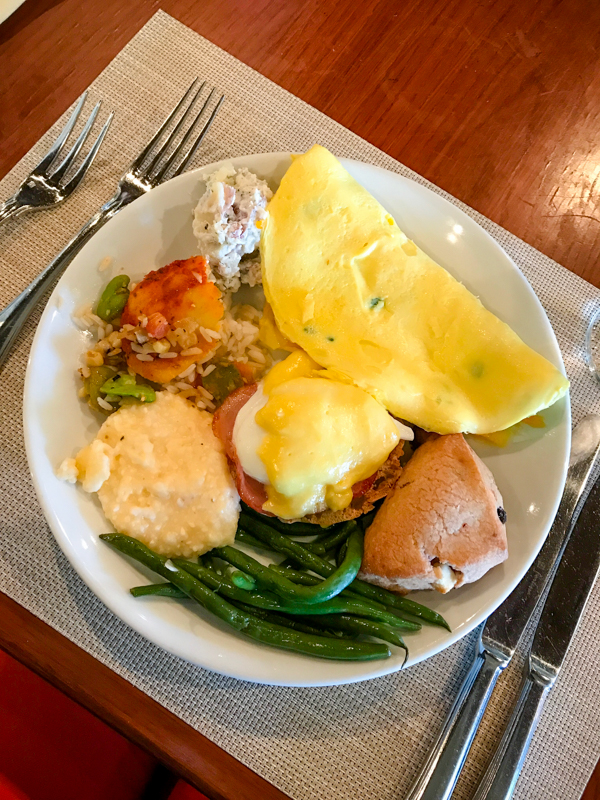 Can you spot the giant gator across the lagoon?! There are signs everywhere to be careful of alligators, but you don’t see them that often so this was quite exciting! 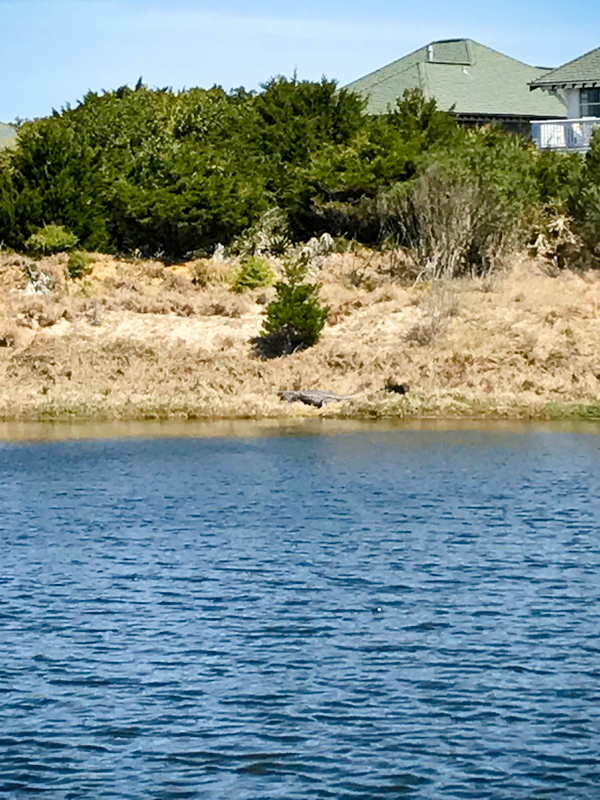 We had a chocolate egg hunt that Grammie put on. Mazen was second in charge, so that meant we had lots of rules and had to do the whole hunt twice! 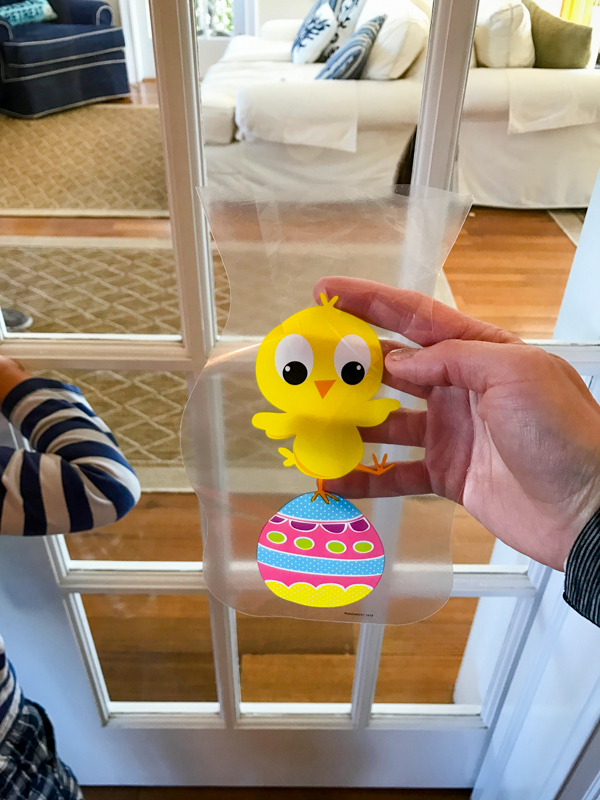 On Sunday afternoon we rented bikes and cruised all over the island. I was thankful that there weren’t many hills! 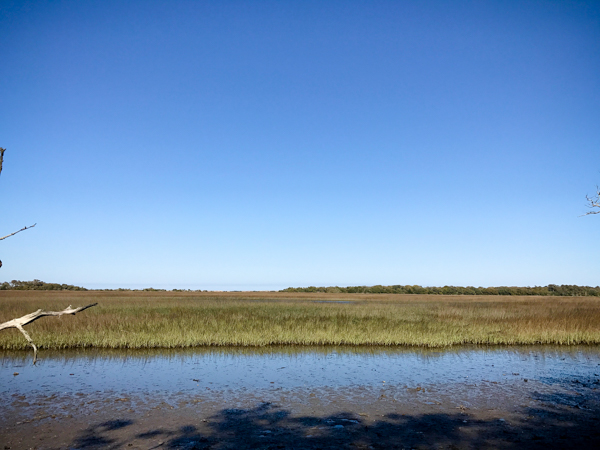 Mazen chose to ride in the chill-out trailer again, but I think next time we’re here he’ll be ready for the kids’ tandem bike! 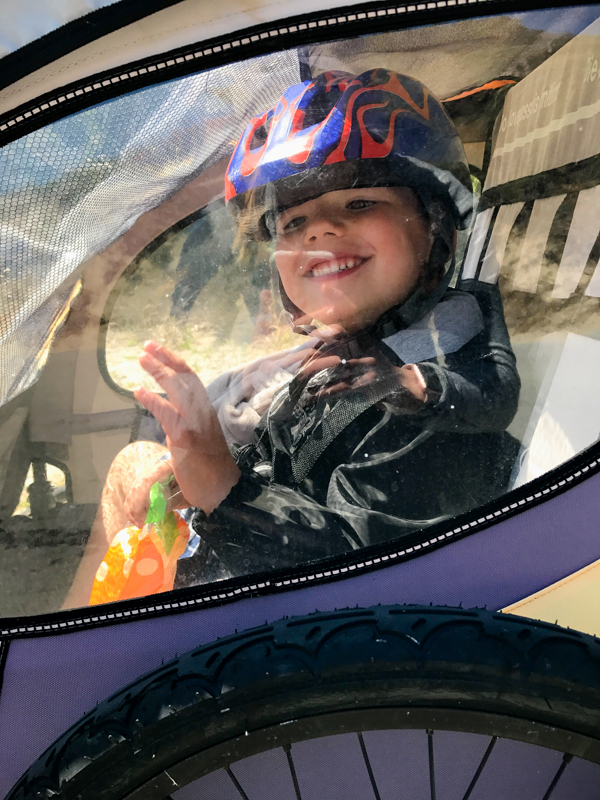 Late in the afternoon we went to check out some of the more remote parts of the island marsh and said hi to Old Baldy. 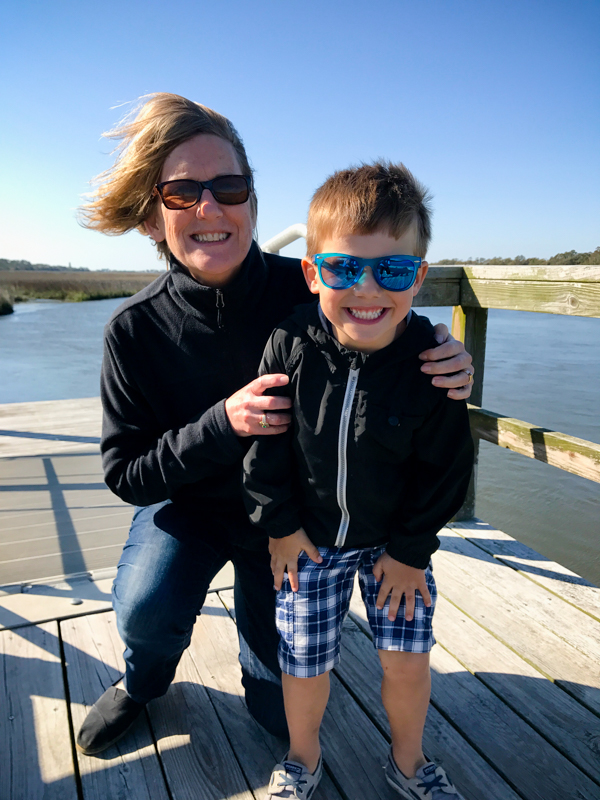 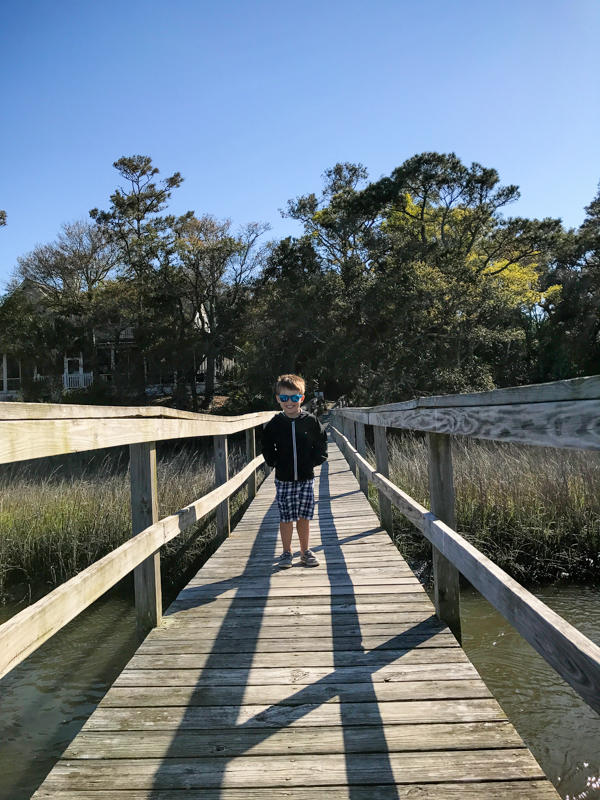 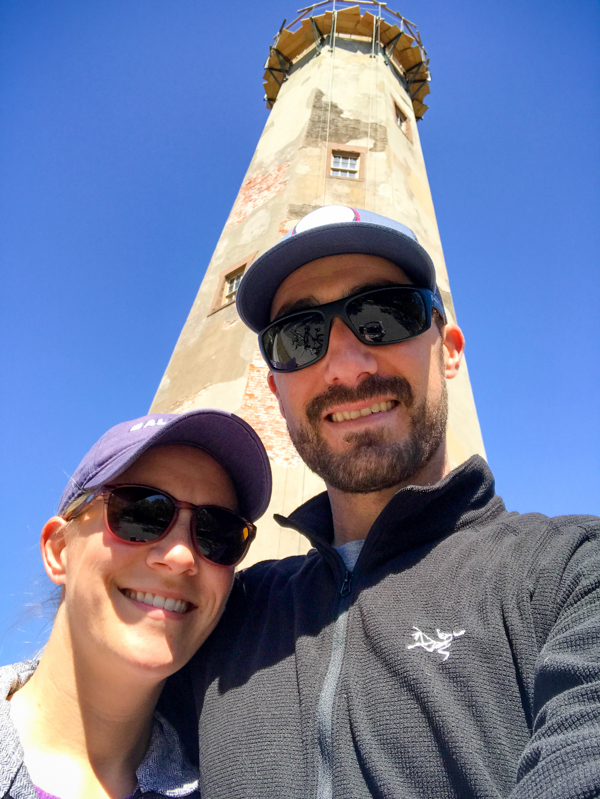 After showers we had cocktail hour in Grammie and Pea’s room – cheese and wine. 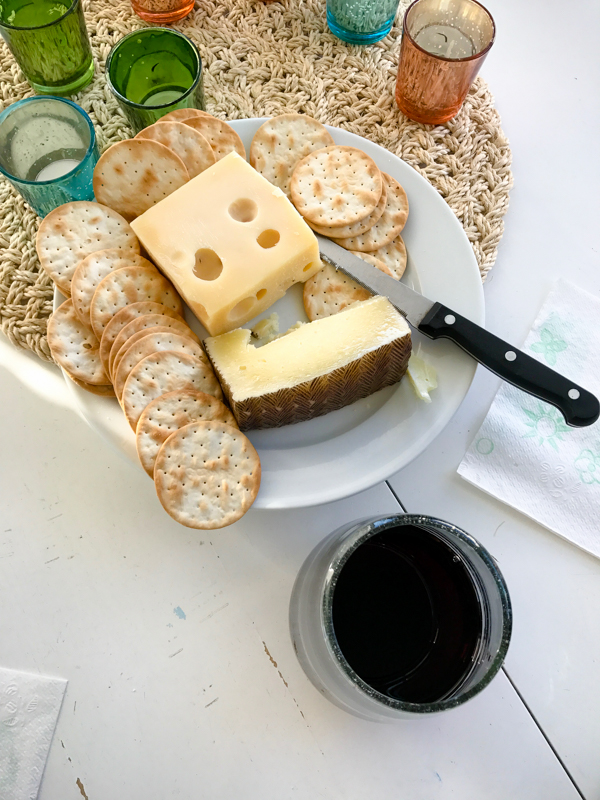 I gave my mom her birthday gift, which was a watercolor painting of the house they are moving out of this year after 33 years. Bruna Mebs, who did my drawing of Mazen, painted this for me, and my mom loved it! 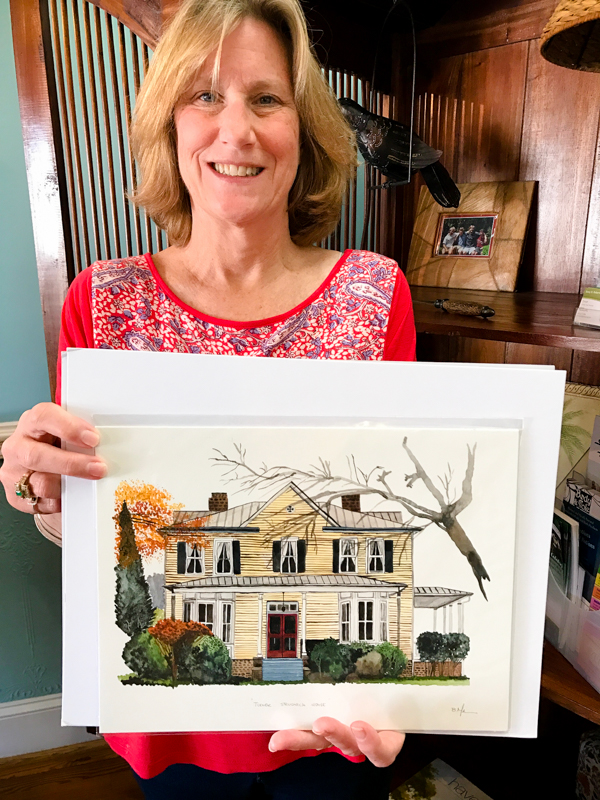 We went to Delphina’s for dinner and watched the sunset over the Cape Fear aka “The Cake Fear” according to M!! 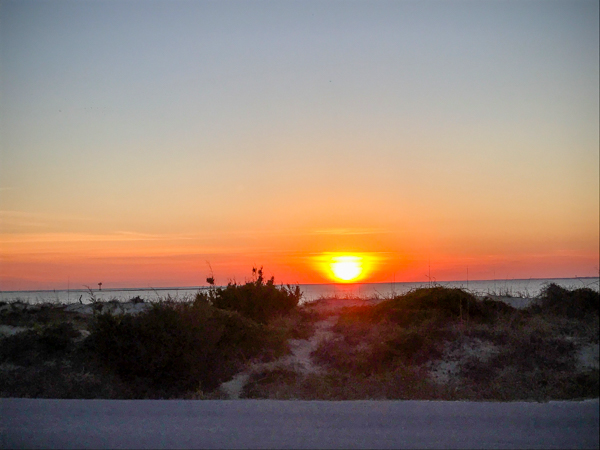 My mom brought Old Maid and Mazen loved it! He’s really getting into card games. 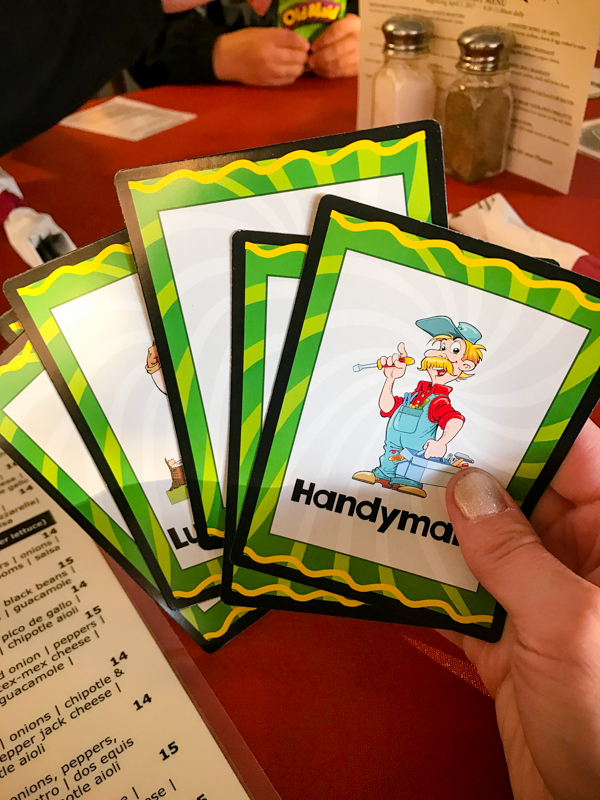 I ordered a seafood quesadilla, which was just OK, had a beer and ate too many chips. 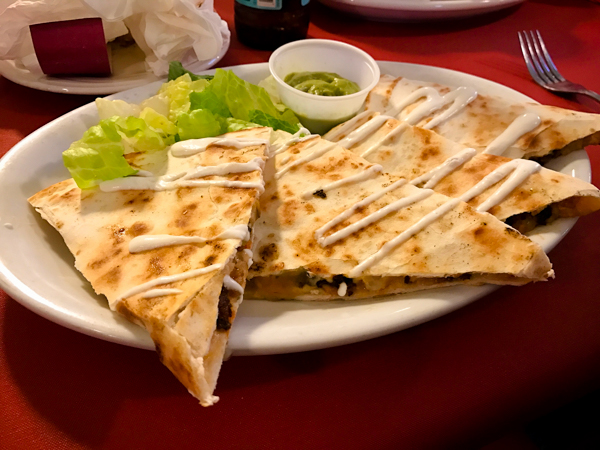 After dinner, we sang happy birthday to mom! 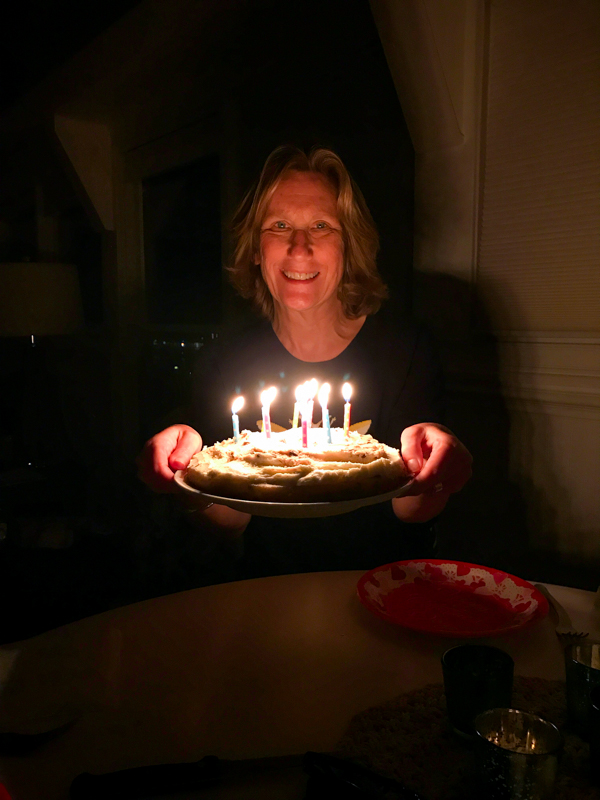 Instead of having a cake made (which would be hard to bring on a long car ride and the ferry), mom made her hot milk cake and I brought Sweet Haus frosting, and we iced the cake on the spot! It was DELISH! 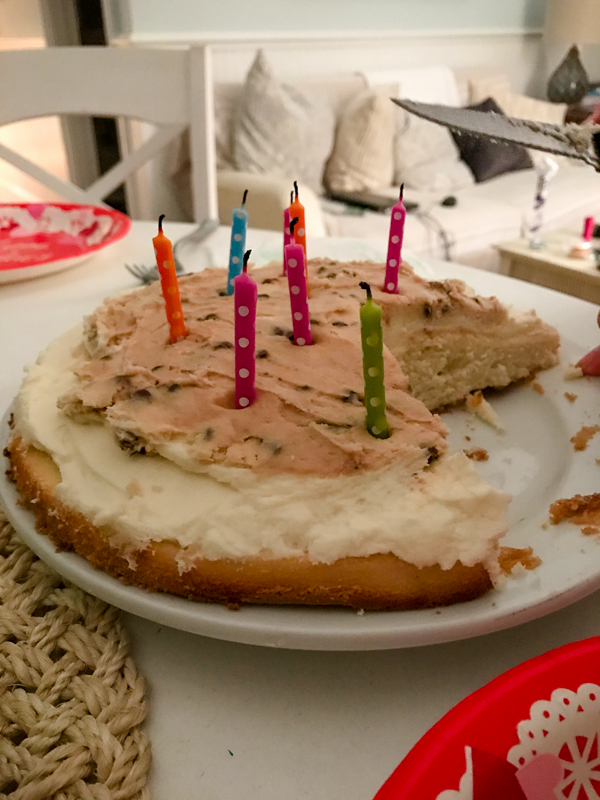 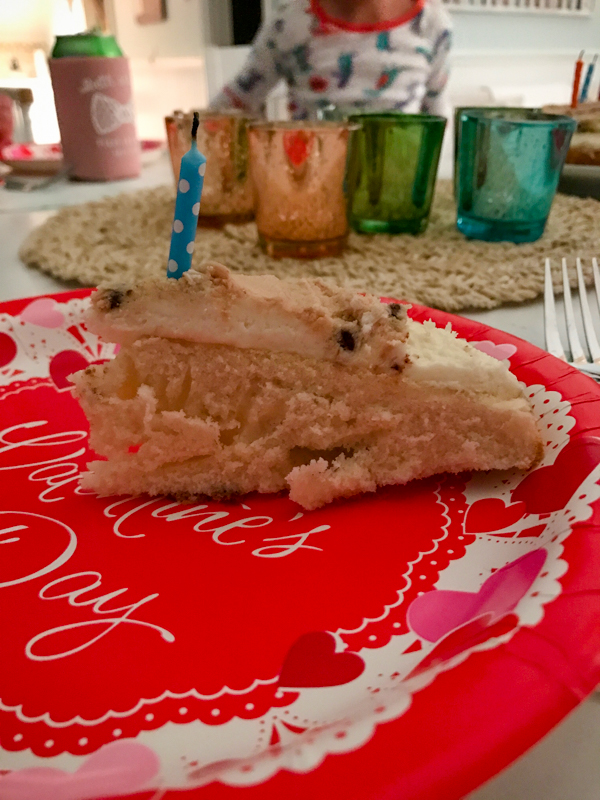 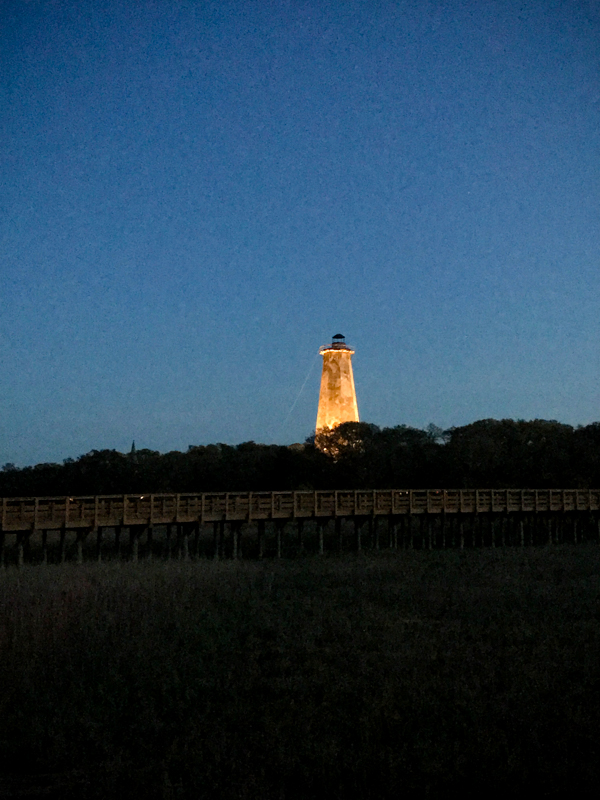 See this face? It was the last bit of happiness we saw all day on Monday. Mazen was sooooo upset about leaving Bald Head. Just like last year, he whimpered the whole six hour drive home, saying how much he already missed the island. Until next time, my man! 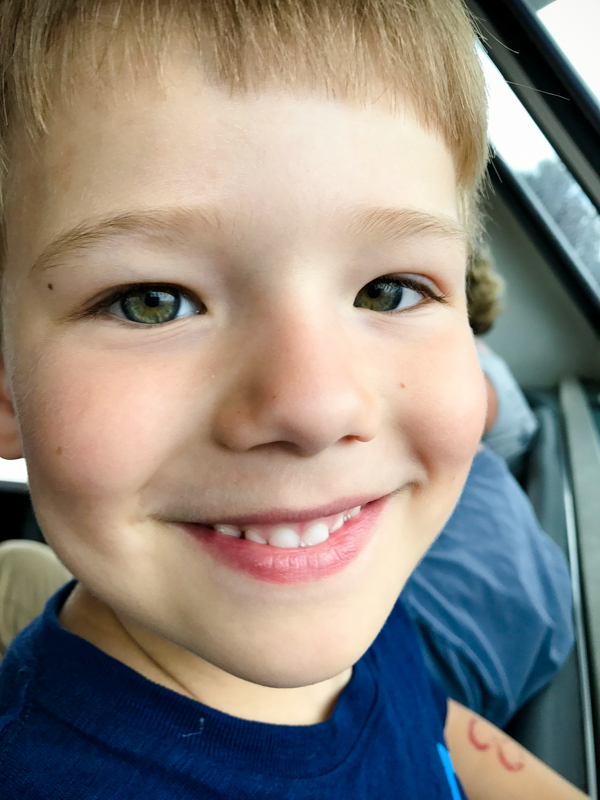