You are here: Home / Lifestyle / Back To Blogging 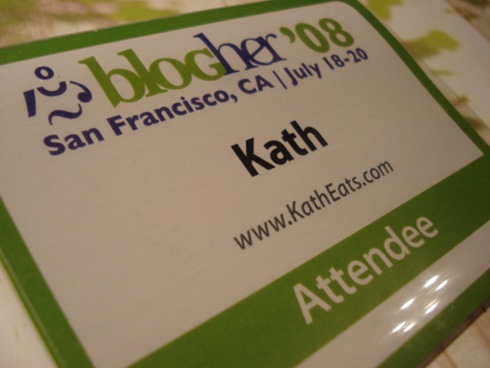 I’m so sad its over!! Guess its just me, the blog and you guys to pick up with on Monday! I’ve had such an amazing time, learned so much, met lots of really neat people. I hope I can attend some of the Reach Out Tour events – Greensboro is just down the road, and I now have connections in Boston

I was thrilled to find a buffet of raw veggies + ranch dip put out for snacktime!!

I also had a few tortilla chip crumbs and 2 Boca samples along with my veggies . 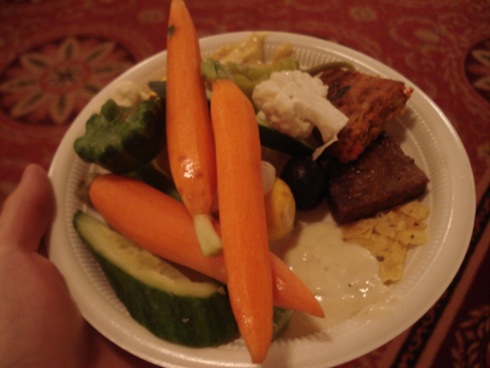 Boca had some patties out for sample – the Bruschetta one (which I’ve been wanting to try but haven’t wanted to commit to a box but not I will) and the Portabella Mushroom , which I didn’t like as much. 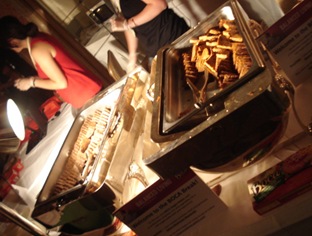 And I had my first celebrity moment !! One of the girls at the Boca burger sampling said "You’re Kath. I read your blog!" I was like "OH MY GOSH really!?!" So cool!!!! So a big shout out to you and I’m sorry I didn’t catch your name and stay to chat because there were 100 hungry bloggers behind me in line!

I also ran into Jill of Glossy-Veneer at the health + fitness meet-up!! She introduced herself across the room and I wanted to jump up and say "I know you!!!!"

The Closing Keynote was awesome. It featured Heather Armstrong and Stephanie Klein (famous bloggers) on their experiences "Living the Truman Show" i.e. how they deal with putting their "lives" under a microscope. They talked a lot about how they deal with negative comments, and I found it really eye opening.

Swanky Event of the Year

Oh my gosh, the Macy’s Event was SO AWESOME!!

We started in the Handbag Department with Prosecco and hors d’oeuvres. 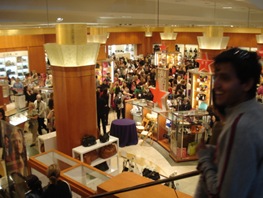 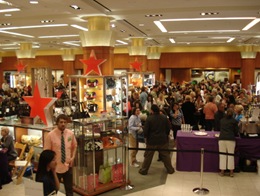 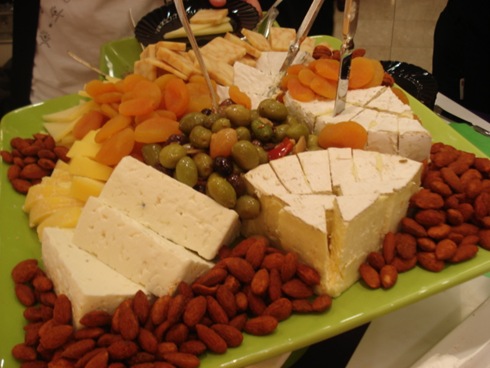 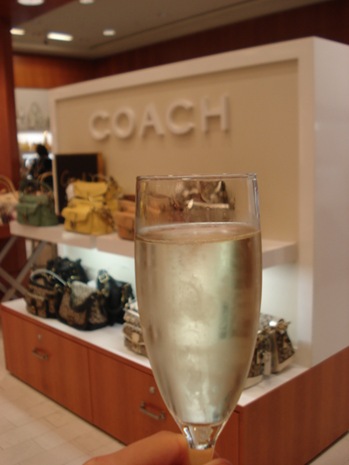 And a plate of cheese , hummus , crackers , apricots and almonds. I had someone I met yesterday catch me mid-photo and say she was watching me to see if I actually a photo of everything I eat. Yes I do! 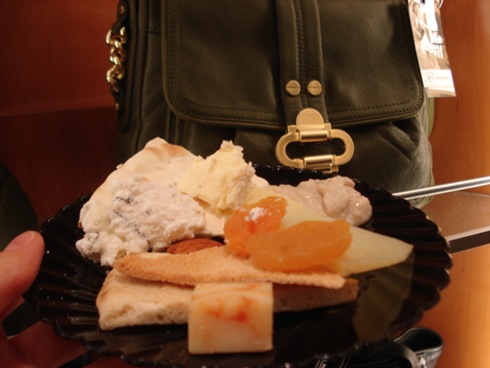 Mom and me playing in the handbags – 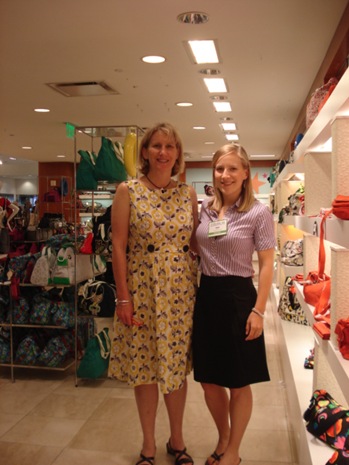 I also tried some sparkling White Jasmine Green Tea by Golden Star . It’s non-alcoholic and low in calorie (not too sweet). I really enjoyed it as a great sub for wine when you’re keeping things light. 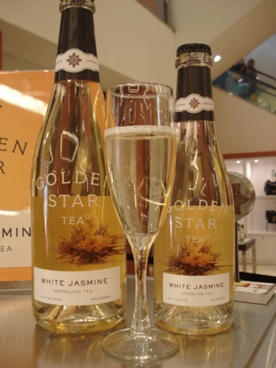 Stop number two was the shoe department! We enjoyed oops! wines and got these super cute tote bags – 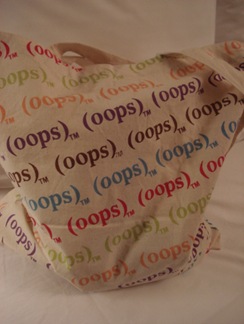 And the food was so creative in shoes! Chinese take-out containers with noodles and veggies. I’m not a huge fan of Asian noodle dishes, but these were outstanding ! 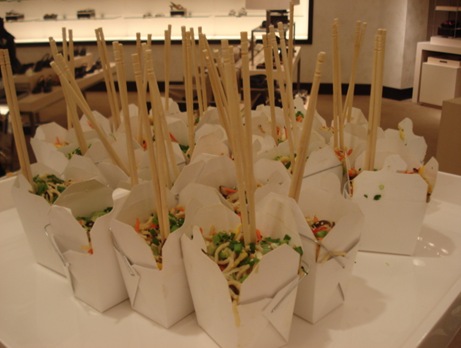 There was also gazpatcho (eww raw onion!) and these A.mazing dishes of food – I’m not even sure what to call them! It was layers of guacamole, tomato sauce, olive tapenade, cheese, micro greens and wonton strips to eat it with. 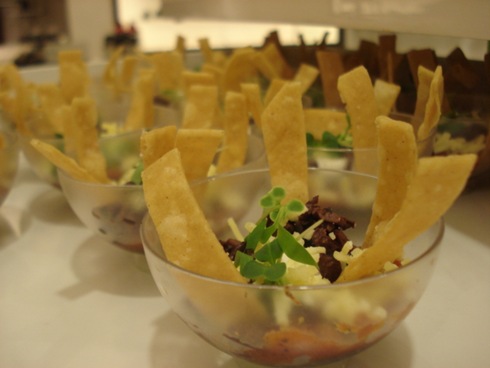 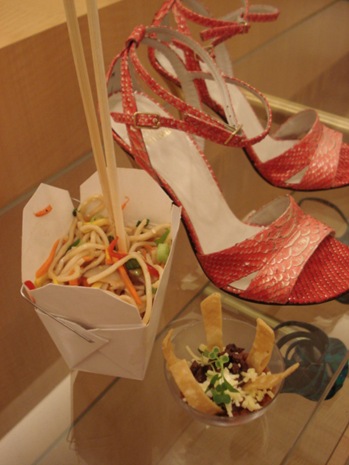 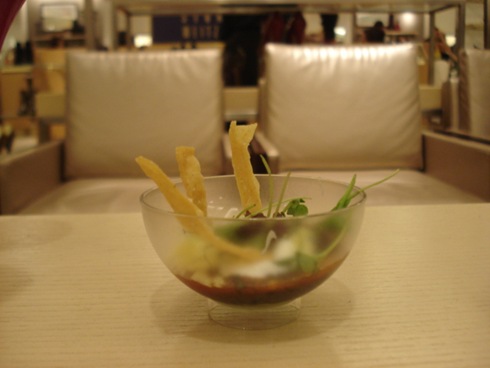 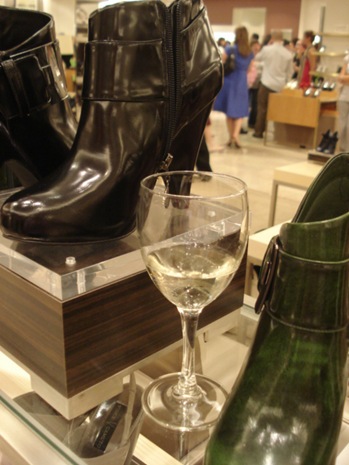 Lastly, I sampled a sip of Starbucks’s new Vivanno smoothies in Banana-Chocolate. They were pretty good. Nothing special, in my opinion. 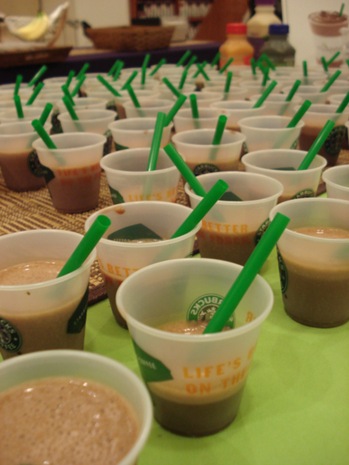 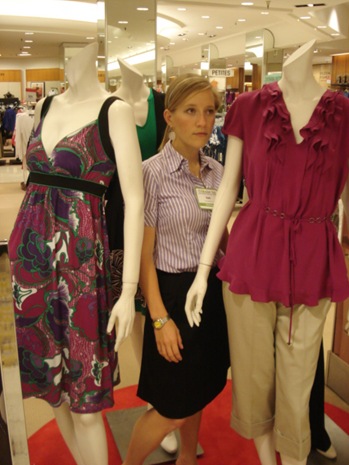 We progressed to the fifth floor to the lingerie department where we were treated to Chocolate-Cayenne Pepper Shots and Macaroons – and KY Jelly galore!! KY are my initials, so I have always had a fondness for KY Jelly 🙂

I had 3 macaroons – one vanilla , one lavender , and one tangerine (unphotographed) 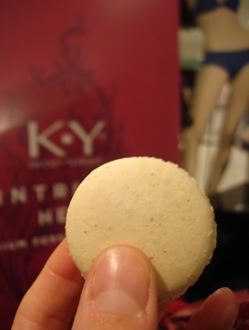 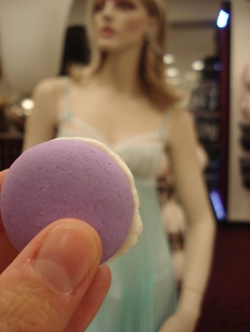 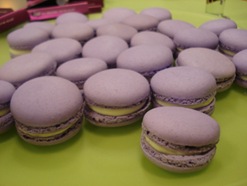 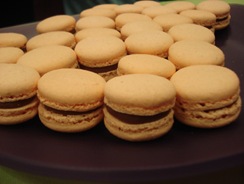 The cayenne shot was really interesting, but not really my cup of tea….er…chocolate. I only had about 1/3. 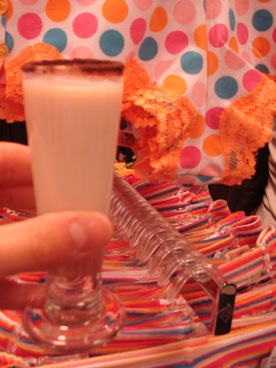 The party ended in furniture . I was disappointed to find no red wine in sight (you can understand why) and had a glass of rose instead. 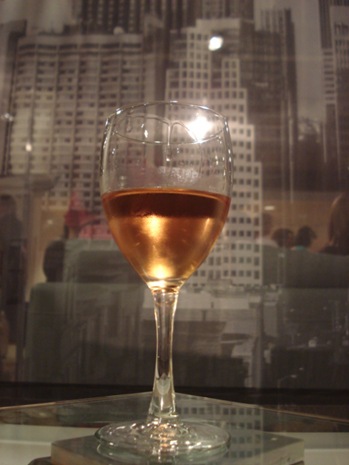 Although we’d already been to a dessert-y station, there were more appetizers. Being a foodie, I had to give some a try. 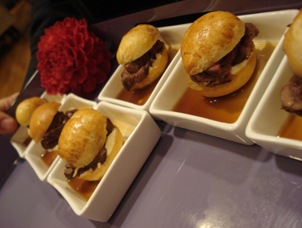 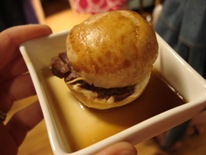 Pulled pork + slaw. I’m not really sure why I had the meat items – I think I just didn’t want the night to end. But neither tasted that great. 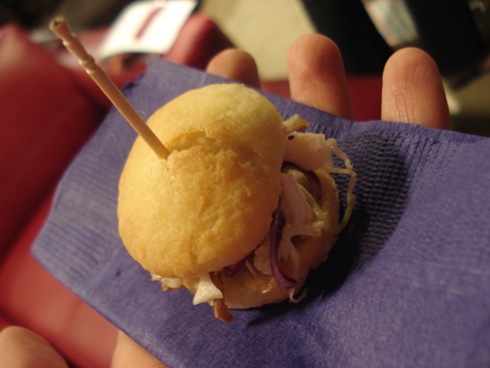 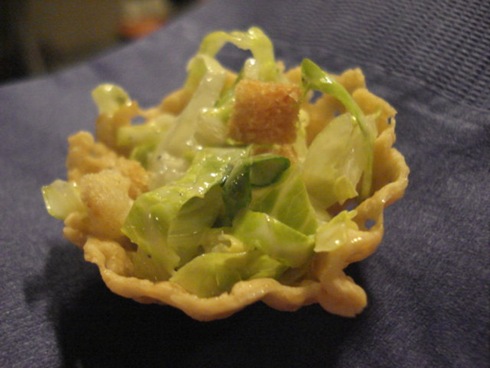 And the best thing on the floor – caramel ice cream cones in a sesame toffee-ish cracker!! 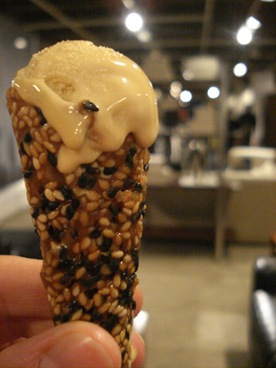 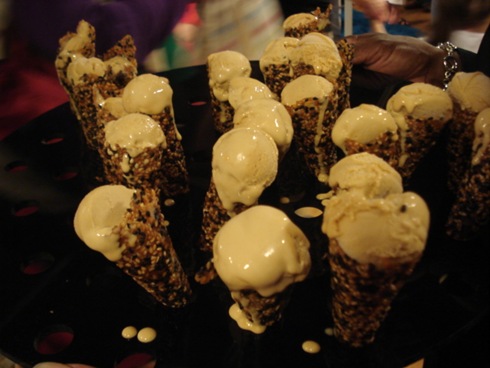 I definitely indulged tonight, but I felt it was definitely a "worth it" event

Plus, I think I did well eating moderately throughout the daytime and of course getting in 4+ miles of running/workouts each day helped keep the balance in check.

I feel like I put on a pound or so over the past week and a half of heavy eating out events, but…..it could just be water weight. But I’m going to do my best to get back to eating fresh, healthy foods this upcoming week. I’m excited to cook again. And can you believe it’s been 3 days since I’ve had oatmeal !!??

We have an early flight in the morning, so we’ll be up at 5:30 again ready for a long subway ride. I’m excited to see my other half again!