You are here: Home / Lifestyle / Back Breakin’

Time is running out!! But I had a great afternoon and evening 🙂

Lauri and I bundled up in the freezing temps for a sunny boot camp workout at a local school football field. 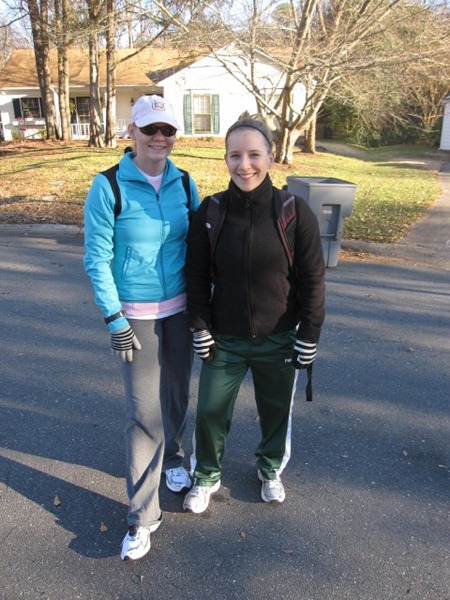 We walked a mile to get there – with about 20 pounds of weights on our backs – plus water! 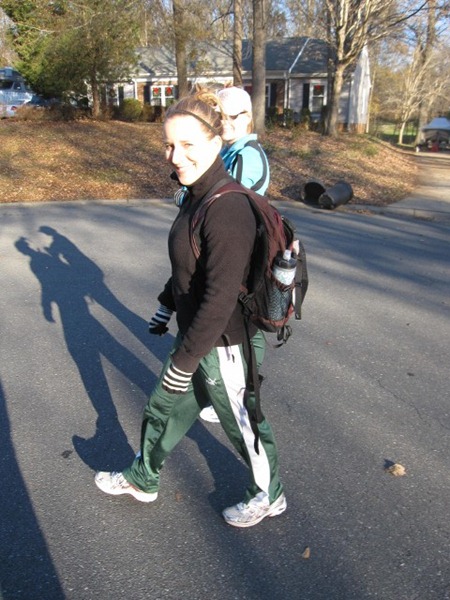 We spent about 45 minutes alternating between exercises, sprints and jogging laps around the field. We would each do an exercise, switch, SPRINT the football field and back, do each exercise again and then jog a lap before repeating with a different exercise. Since we didn’t have Buzz the Fabulous Photographer, I didn’t get a photo of all of our circuits, but here are a snippet of them. 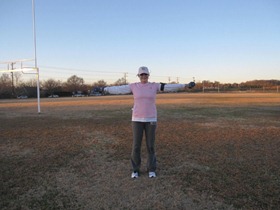 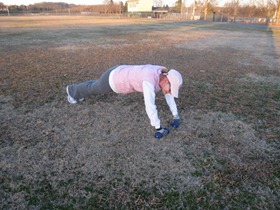 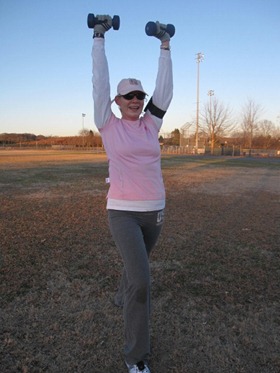 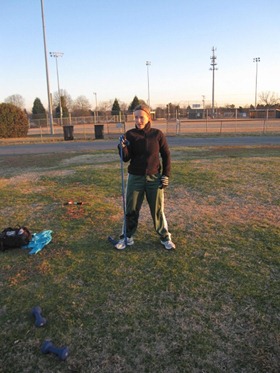 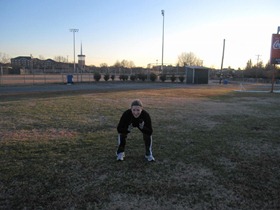 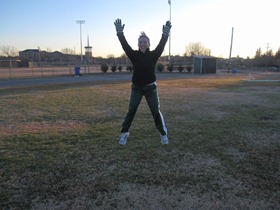 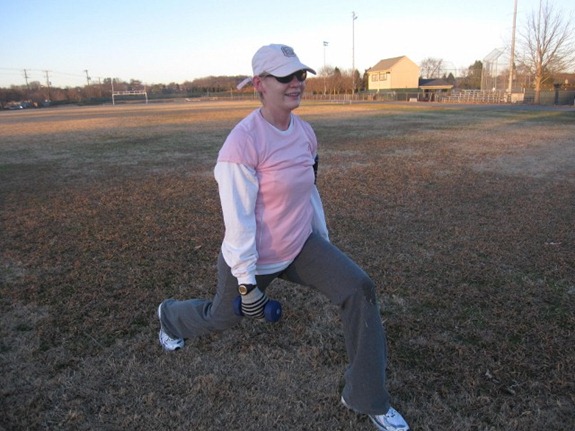 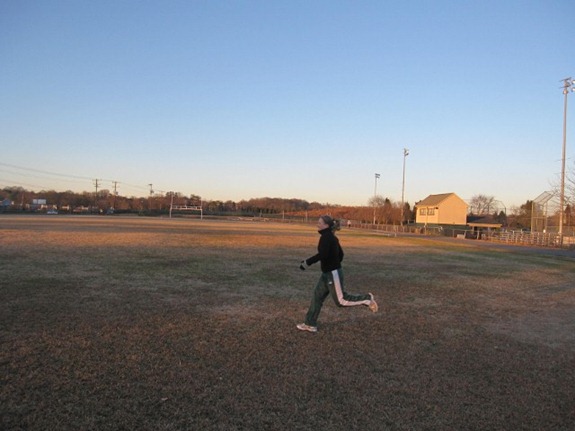 We were pooped by the end, but ended up doing a bit of gymnastics 🙂 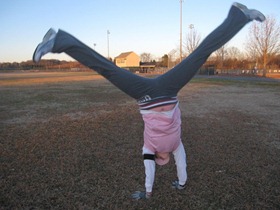 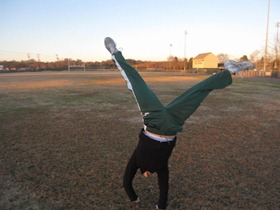 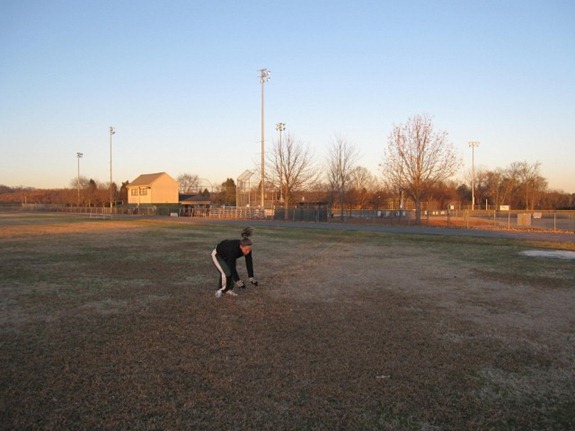 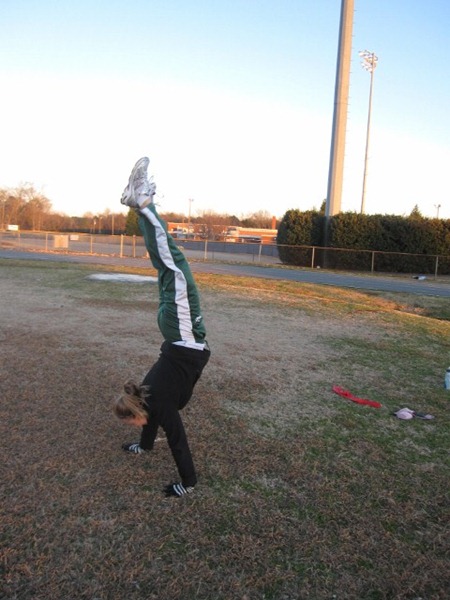 And that’s when I broke my back. 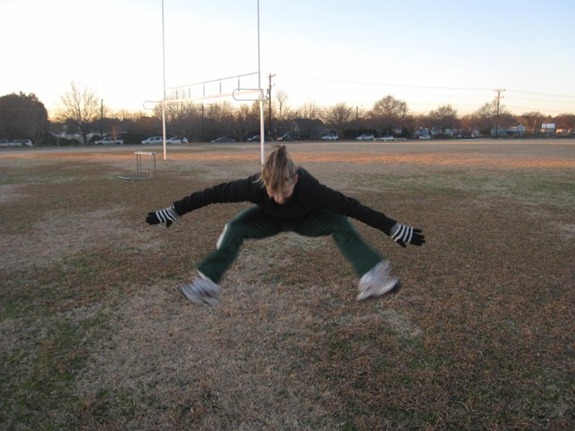 I tried to touch my toes and landed in a squat and pulled something bad in my back. I am NOT A GYMNAST!!! Or a cheerleader. Just an old fart. I really thought I had done something serious for a while there. I felt like my back muscles had been ripped or something. We had a mile walk back home and by the time we got there it was feeling much better and I barely feel it now, so I *THINK* I am OK. Going to take it very easy at yoga tomorrow night.

We came home and warmed up over some soup. That walk home at dusk was freezing!!! 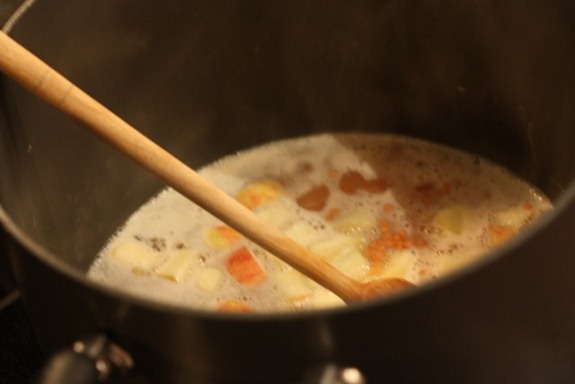 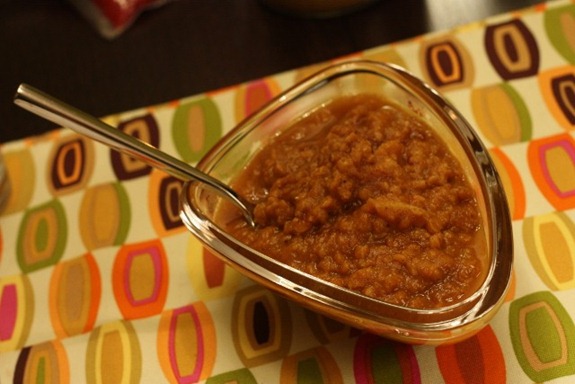 I’ve had this saved in my Springpad for ages! 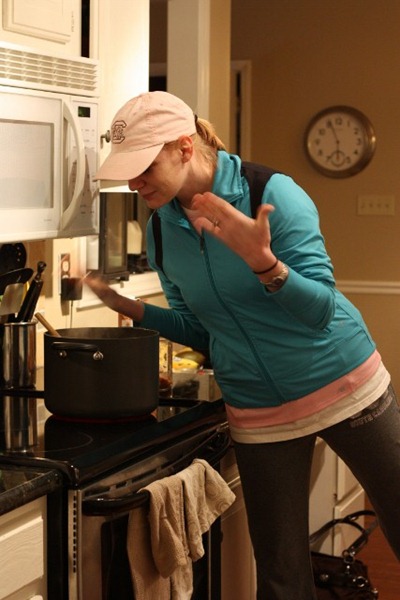 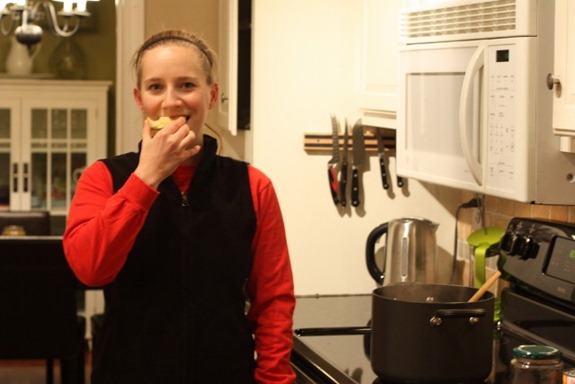 It was one of the easiest soups I’ve ever made and was super delicious and filling and easy!!!! 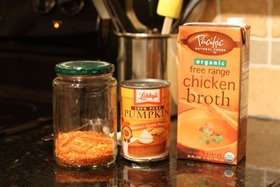 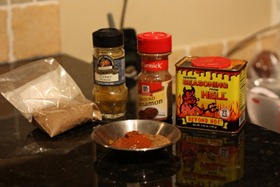 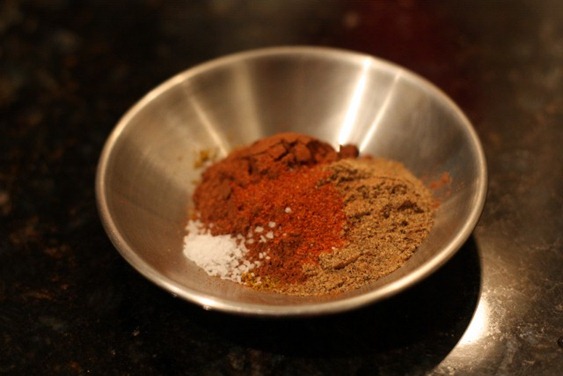 [The soup recipe made 2 big bowls and a half cup leftover.]

Lauri and I agreed that we wished I’d had some of the molasses that the recipe called for. We also agreed that toasted walnuts would have been a great addition as well as more apple chunks! 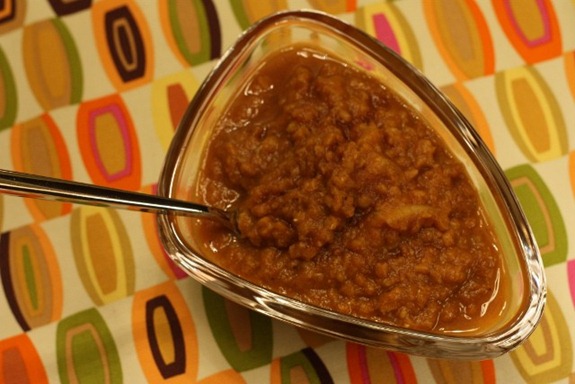 We also made a spinach salad with some Trader Joe’s antioxidant salad mix, which came with spinach, dried cherries, dried blueberries, walnuts and dried edamame. Plus a dressing. We added some Cinnamon Cranberry Goat Cheese (which Lauri found at TJ’s too!). 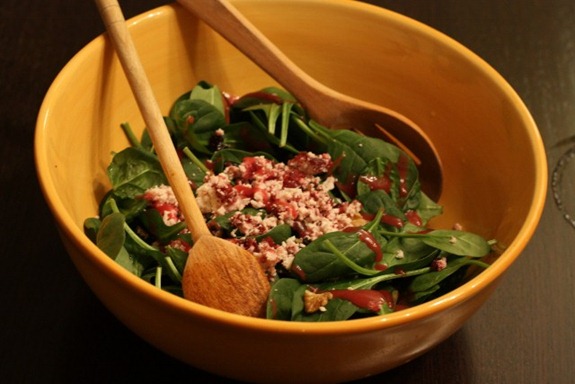 The salad was amazinggggg… 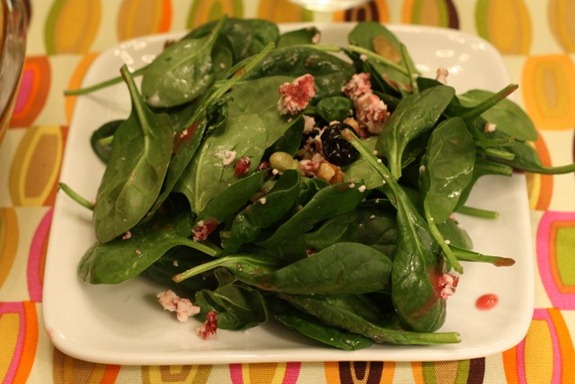 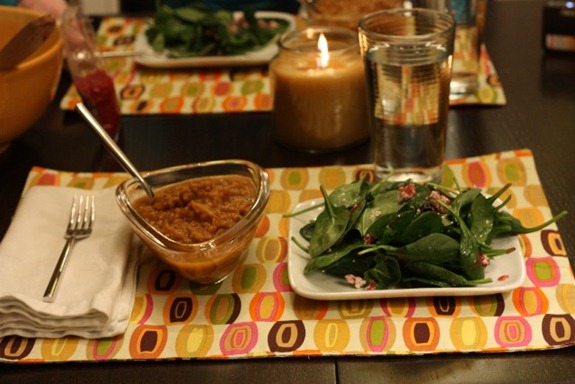 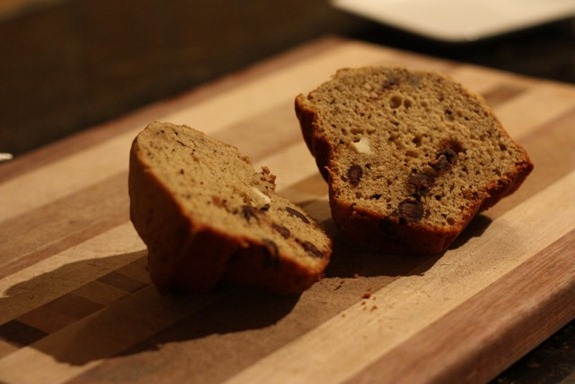 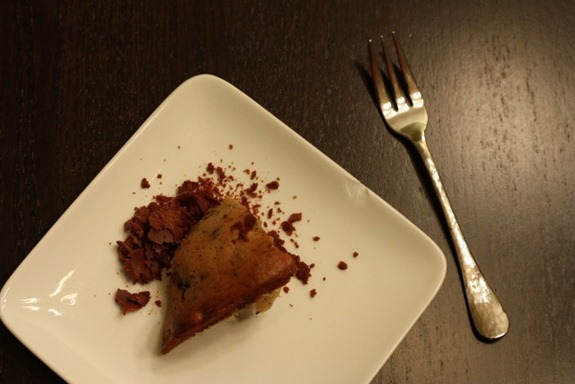 Headed to take a bubble bath, red and bed and get lots of rest for my big day tomorrow that is starting at 4:50AM!