Morning!! I was up at 5:32 this morning ready to go but convinced my mind to sleep for another hour. Alarm did go off at 6:26 and we were off to the gym on our bikes by 7:05. I stopped for 2 bites of banana along the way.

Workout was great. In addition to our biking, I did 30 hard minutes on the Stairmaster. GOSH that machine is tough! I thought I was almost done and I peeked and still had 7 minutes left. I survived and we were on our way back home (more downhill than up!) in no time.

We are in a bit of a rush now because Larbs + Matt’s flight is landing sooner than scheduled! 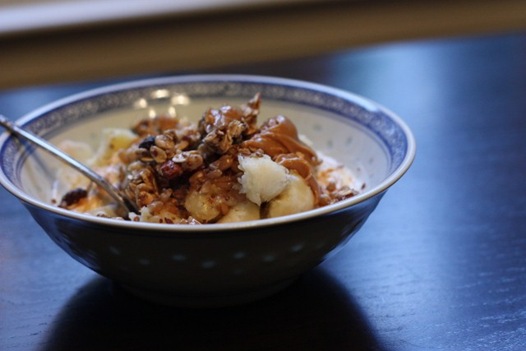 But by the time I was done assembling mine and photographing, Matt was already done!

There was a new surprise ingredient in the bowl: GLO-NOLA!!

In honor of her debut to ship to the USA, Angela sent a package of goodies from the Glo Bakery! 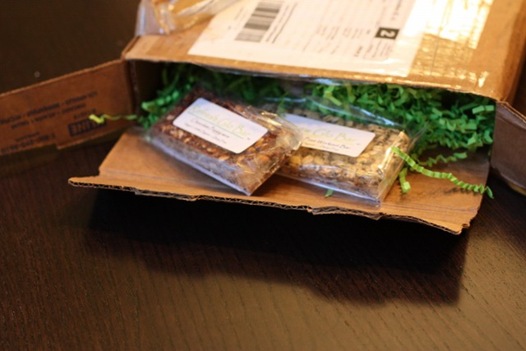 A sampling of Glo Bars and some Glo-nola! I cant’ wait to try some of these out – 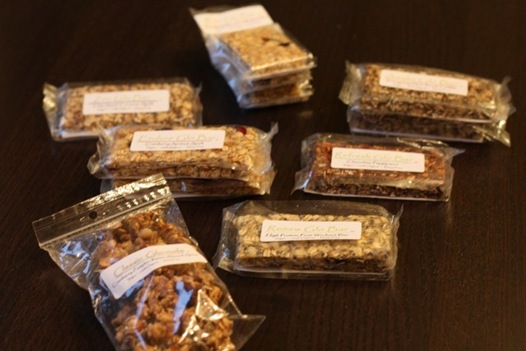 All stashed for eating! 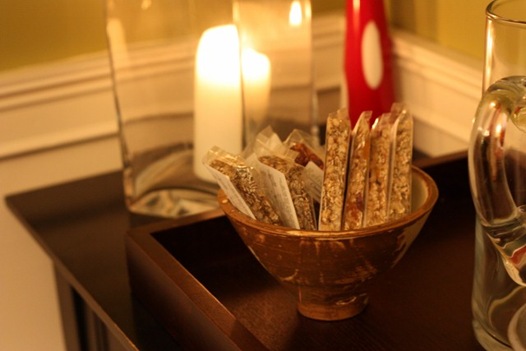 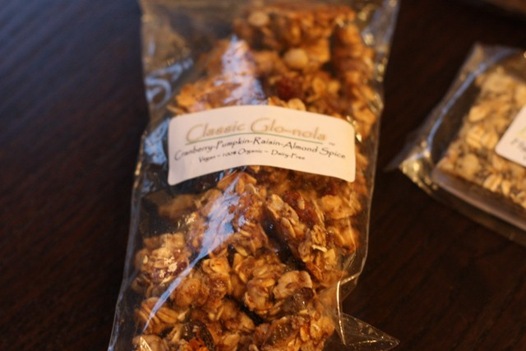 So my yogurt bowl contained: 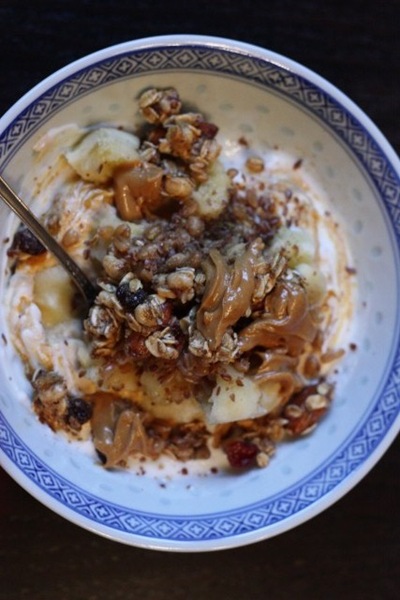 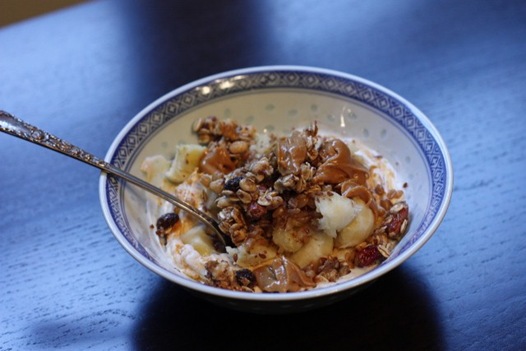 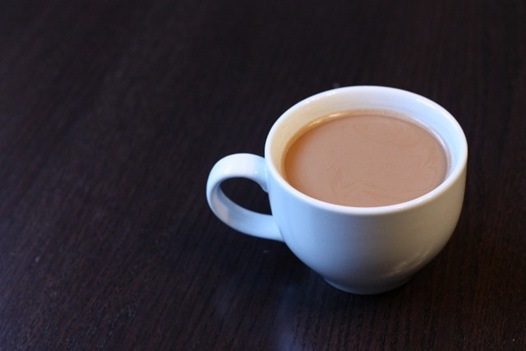 We were out of milk this morning so I used a little chocolate milk in my coffee! I got this sample of choco from Organic Valley + Nature’s Path granola  in honor of their Organic Heroes campaign. The choco combo was great! 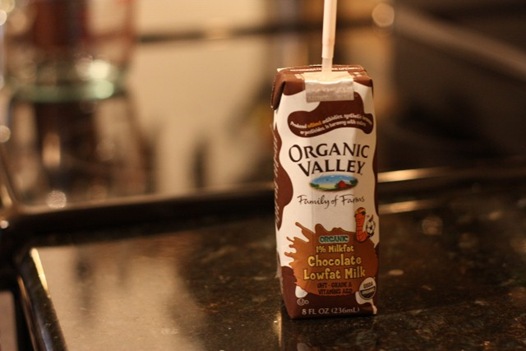 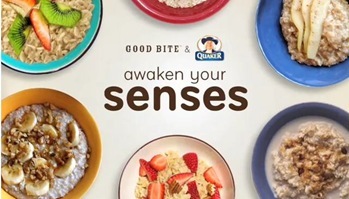 Remember my Awaken Your Senses announcement from September?

It’s voting time!! The KERF video debuts today. This was my first time seeing it!

Round II has begun and a second semi-finalist will be chosen from this group. Feeding Americas Hungry Children needs your vote! You can vote at the Quaker Talk YouTube Channel and hopefully my charity will win

Last but not least, here’s a guest post I did for Deb on 3 pieces of good advice I’ve received – and my favorite recipe!