You are here: Home / Lifestyle / As Green As Elphaba 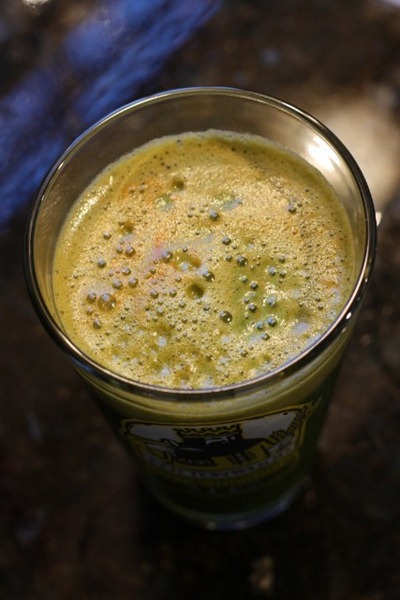 I was all squeals when I got a call from a reader last week who had an extra juicer just sitting around her basement unopened.

Why did Marla have an extra juicer just sitting around? She was in the audience of the Martha Stewart Show in January with her husband and Breville was a guest. See that show clip here! Everyone in the audience got a juicer, so Marla’s family went home with two. Nearly a year later, she hadn’t opened either box and when she saw I wanted one, she decided to ship it to me as an early Xmas present. Marla, I can’t say thank you enough! 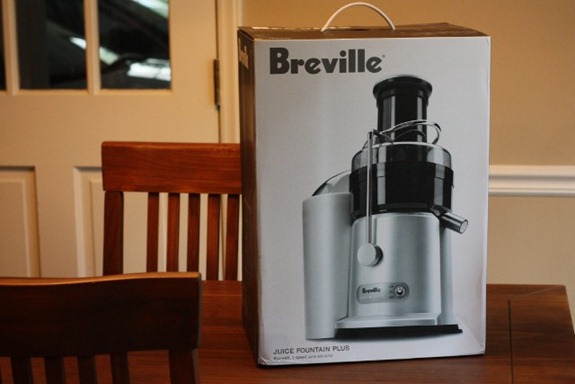 Since I’d just gotten home from class, I opened it right away and got to work on a snack! 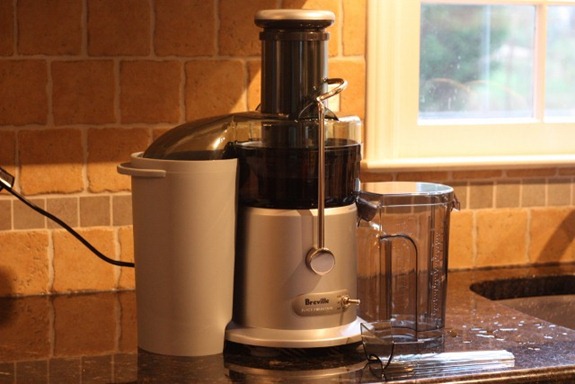 I decided to use the same mix that Kate makes for me – kale, apple, carrot and I added two oranges. (Forgot to grab the apple for the photo) 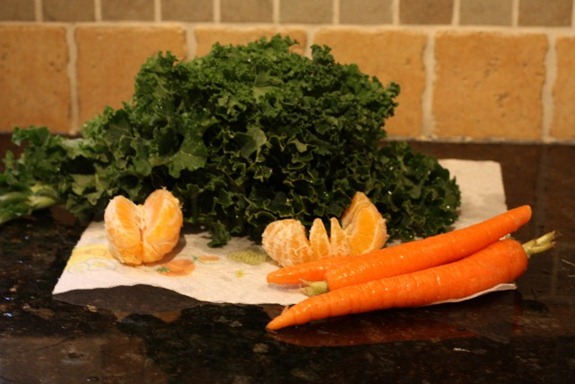 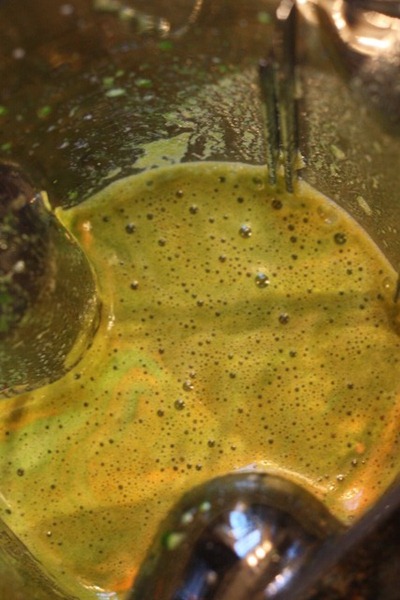 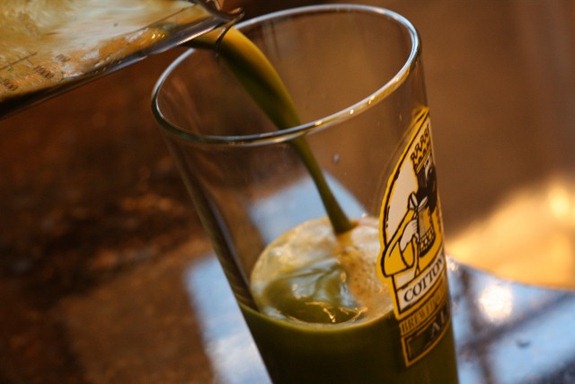 The kale stink has really grown on me!! But this was still sweet as can be from the fruits. Matt tasted it and asked me if I’d added sweetener! 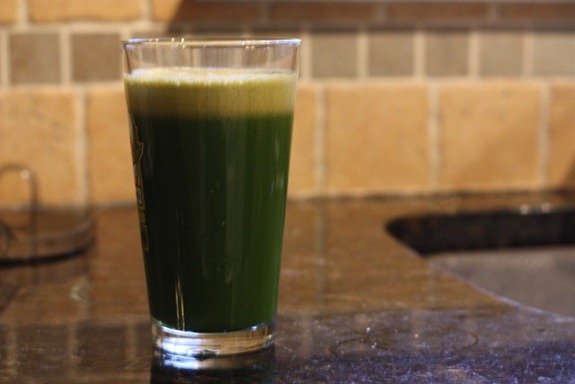 Yes, it’s got many parts, but like my Cuisinart, it’s worth it to get out every now and then. And since fresh produce is mostly clean – meaning no oils or fats to get stuck in blades – it was a breeze to rinse and dry. 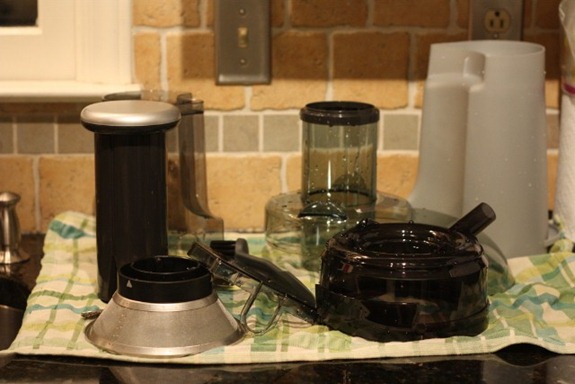 Leftovers!!! I do hope to be creative with these as well. Just not sure how yet and if this batch will get used! 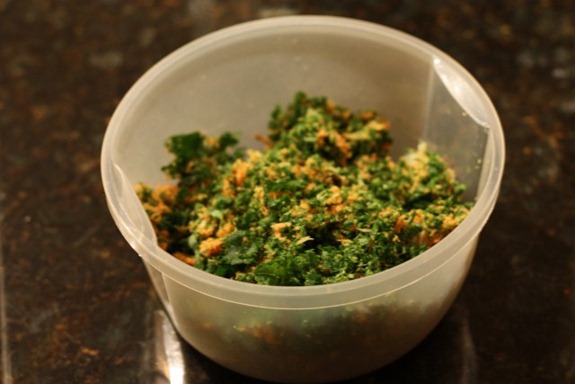 Now I know you guys are going to ask me a million questions about juicing. To be honest, I don’t really know much about it! This site looks like it has some good info (but do take it all with a grain of salt!) I know that the nutrients are super concentrated and that you do lose the fiber. I’m pretty sure most of the calories are in the juice and not the fiber leftovers, so nutritionally I think it’s comparable to eating all of the produce.

I’m not going to juice everyday, but I do find the juice to be really, really refreshing and good. I hope to experiment with some cool recipes!!

Juice vs. Blender? Obviously fiber is a big plus of blending, but that doesn’t mean juice without fiber isn’t excellent for you. Plus my blender cannot handle carrots or apples!

As for the Breville, from the 2 times I used Kate’s to this time, I love it. Great powerful machine!! Love that it’s dishwasher safe too. Will probably take advantage of that other times.

All I wanted for dinner tonight was roasted caramelized veggies!!! So that’s what we had. 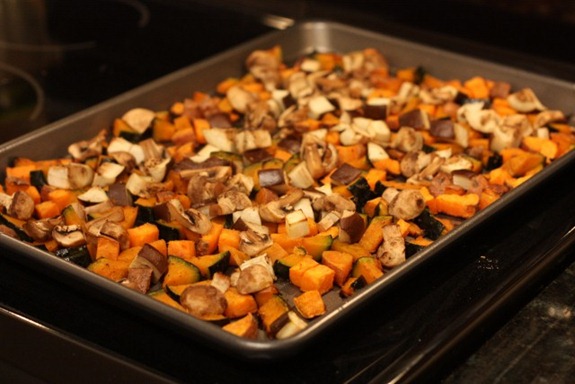 I found what I thought was a kabocha squash at EarthFare today. It was labeled as "Buttercup" and a Wikipedia search has me still confused. I don’t think they are the same, but correct me if they are!? 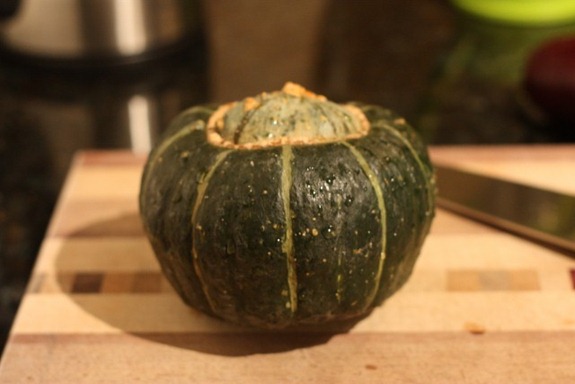 We cut up that guy along with a pint of mushrooms, 2 tiny sweet potatoes and a tiny eggplant and roasted at 425* with a little canola oil, salt and pepper for an unknown number of minutes (likely 40?) since Matt was in charge of the timer. 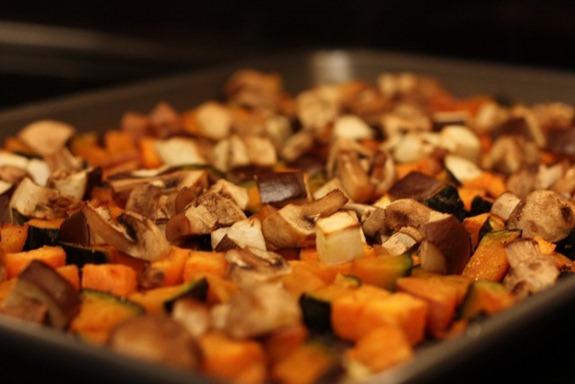 The squash ruled the show, so I mixed in a half cup of navy beans for some protein along with cinnamon and some cracked pepper and called it dinner. (Matt added BBQ sauce to his!) 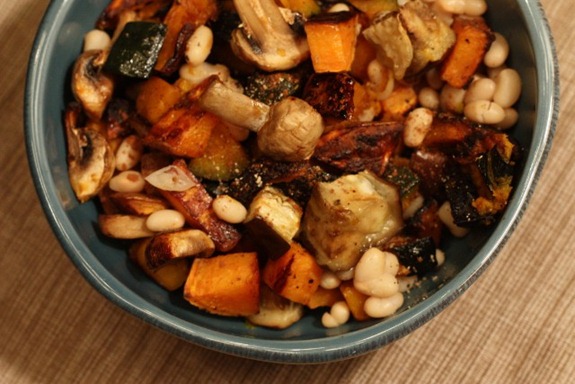 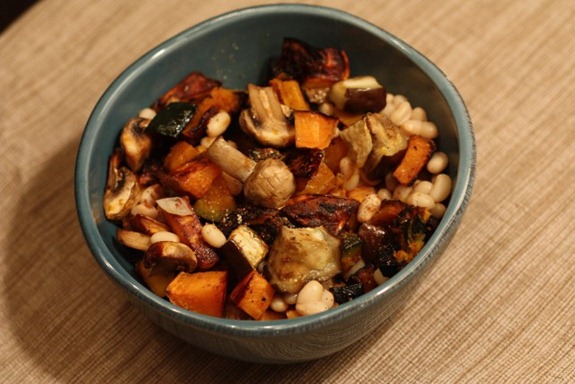 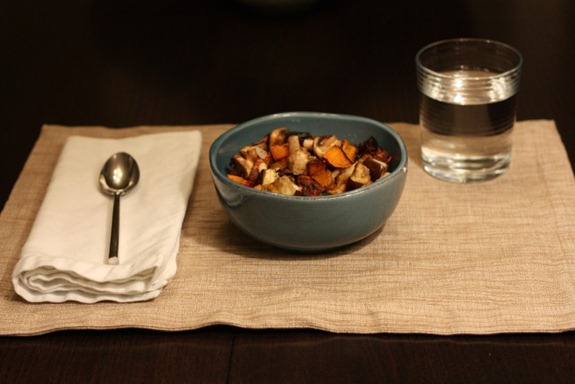 I am full of fiber!! I think the Zoe’s Granola had inulin in it. I am not a fan of added fiber! It tends to go through me like a bumpy roller coaster 😳 I’m sure my big salad, apple, and all these veggies + beans won’t help!! Thank goodness I had the fiber taken OUT of my juice!!

Matt brought home a few plain shortbreads from work today and I had one after dinner. Mmmmm. Plainnn thingssss… 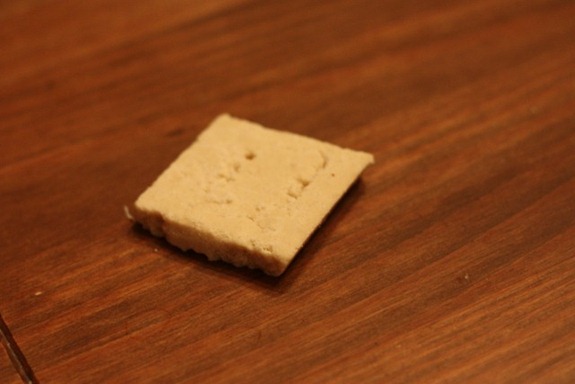 So the Open Sky promos continue…

This time in the evening for the West Coasters!!

Today is a great day to become an OpenSky customer: from now until midnight on Wednesday, you guys can sign up to receive coupons ranging from $15 to $100 off and 10% to 50% off. The best coupons come first, and the smaller ones closer to tomorrow. Everybody gets a coupon! I’ve got a number of the best coupons to my name, so type in KATHEATS as your favorite shopkeeper (but you knew, that, right?! 😉 ) 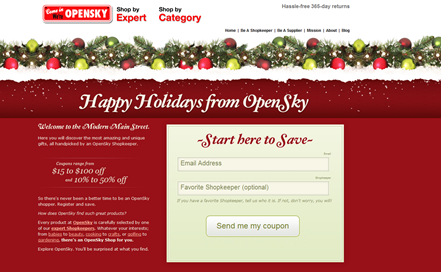 Not sure what’s up next – probably some more WICKED reading! Might save GG for the AM.