You are here: Home / Lifestyle / An Old Friend

I decided to make an old recipe last night: an oatmeal pancake!! I used to eat these probably every third day or so. What happened!? (If you click the recipe page above, you’ll find the video too – me almost 2 years ago!) 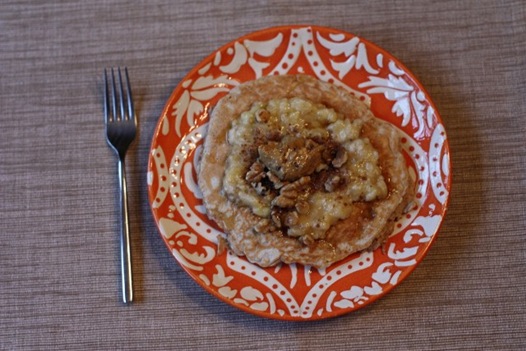 There are two reasons why I never make them anymore:

1) I only buy old fashioned rolled oats now and I used to always make them with quick oats. I used rolled oats today and it turned out fine [although I did soak them overnight]

2) I stopped buying egg whites in a carton when we started watching our budget much more closely. The pancakes do work with a whole egg but they are not as easy to make and light tasting. And I find it annoying to use real egg whites and have yolks that have to be either used somehow or thrown away, which is wasteful. Just makes me less likely to want to make one. [See this post for a time I used real egg and how the cakes just weren’t as pretty and were much more dense]

But since I had carton whites from my frosting, I assembled one last night: 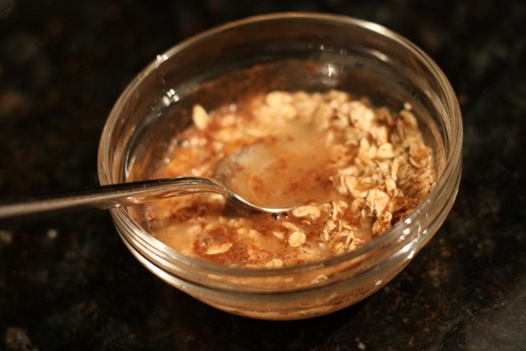 I added 1/3 tsp of baking powder this morning along with half a mashed banana and poured it onto a medium high skillet. It’s very liquidy at first, but the beauty of whites-only is that it forms a perfectly cooked edge in a few minutes…. 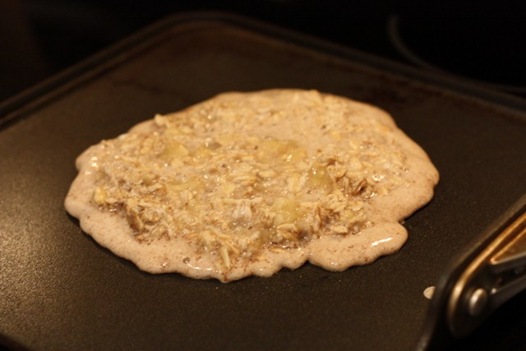 Almost ready to flip! It’s all puffed up and bubbling. You know it’s time to flip when you can shake it in the pan and it moves 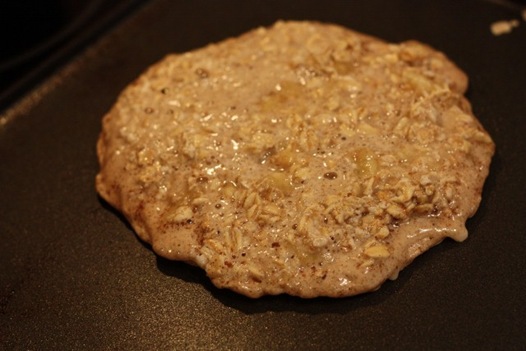 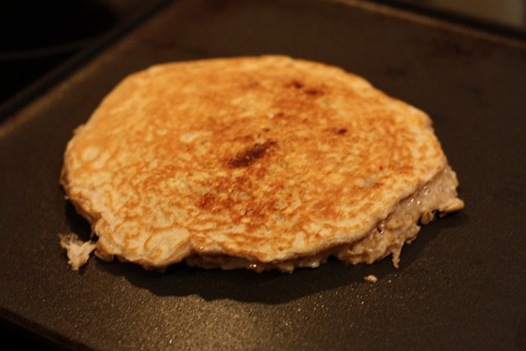 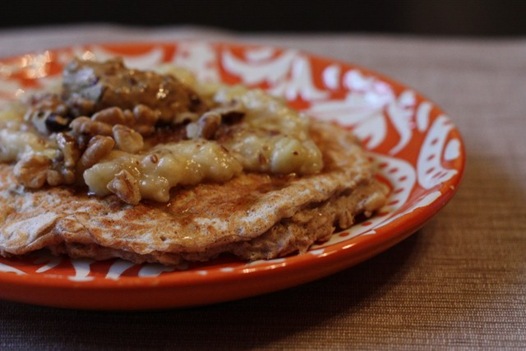 With the other half of my mashed banana, flax, some toasted walnuts, a drizzle of maple and NUTTZO!!! CRUNCH! 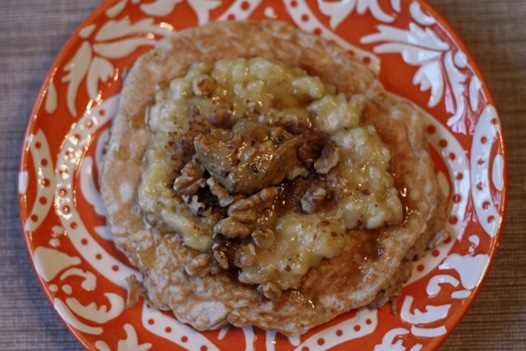 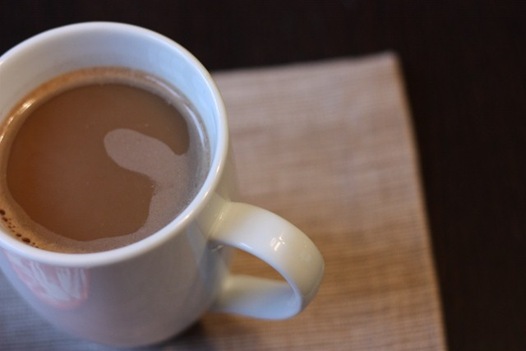 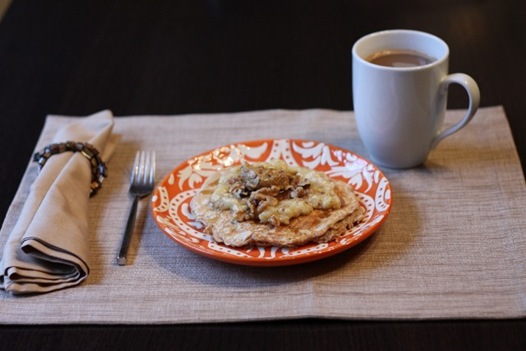 I was hoping this pancake would be a little less filling than oatmeal before YOGA but I was wrong – totally filling as a bowl of oats!!!