You are here: Home / Weekend / An Odyssey

We traveled up to the Dilworth neighborhood (our dream neighborhood full of charming bungalows worth a million dollars) for the Yiasou Greek Festival , an annual Charlotte event. The festival is held on the grounds of a huge church and it was just packed with good food and people tonight.

We got there around 7pm and met our friends (from last night!) Kate + Nate. For dinner, the husband wanted a traditional gyro and I was going to get a Greek salad , as I wasn’t that hungry. About half way through waiting in line, I decided I was not the least bit hungry thanks to my late lunch and I shouldn’t spend $5 on a pile of lettuce and feta cheese. So I got back out of line and decided I’d get a salad later if I felt like it. Good call!

I ended up having 3-4 bites of the gyro, which was actually really good! 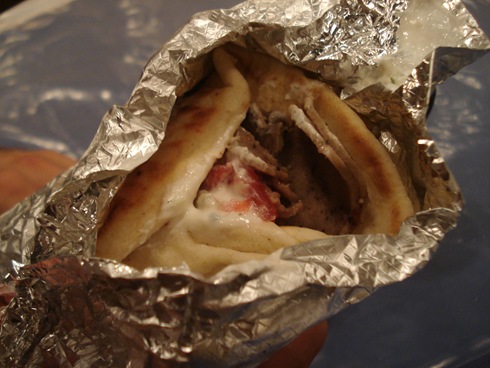 I am not a big meat eater, but this one had such great flavor. 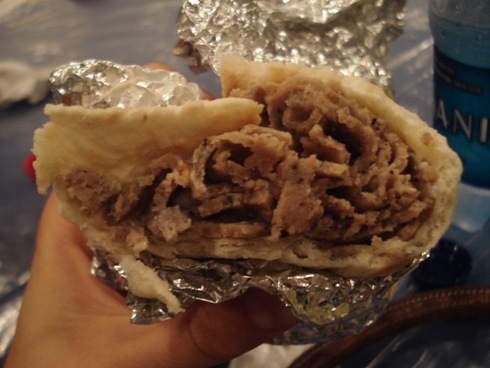 Kate also shared her stuffed grape leaves and I had one. They have such a strange taste, but it reminds me of a giant caper. I am always cautious around them because of my onion aversion, but these were free and clear. 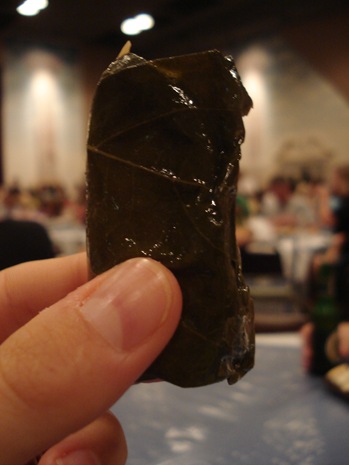 Kate and I tried for a photo with the church in the background, but a man got in our way! 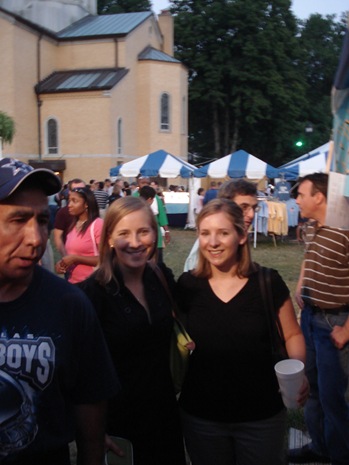 After "dinner", we went to the wine tasting tent

this !
We tried six different 1-ounce pours : 2 whites, 3 reds and a dessert wine. They were all really good – but very different from any wines I’ve had. But not in a weird fruit wine way; in a normal grape way but unfamiliar grapes. They were all really light but almost fluffy on the palate as they hit each part of the tongue. 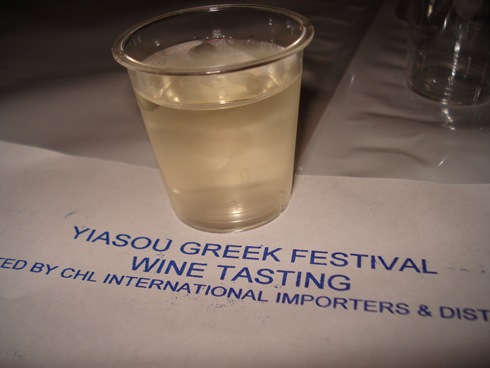 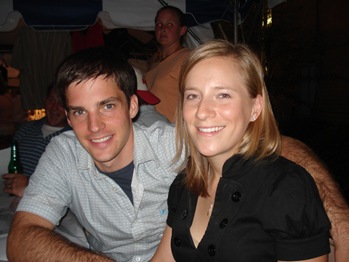 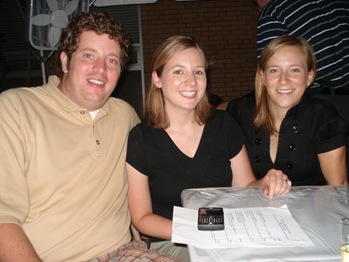 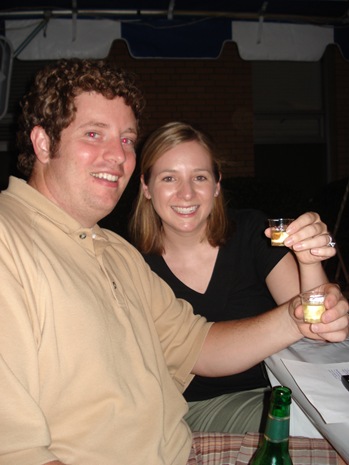 So a little while later, we "stumbled upon" the pastry area – 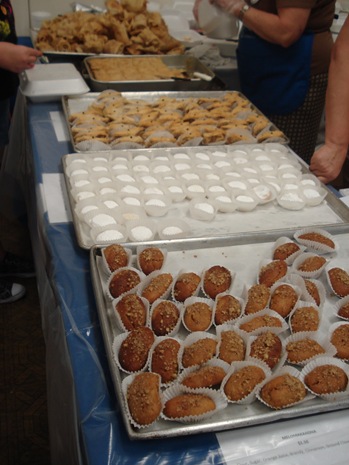 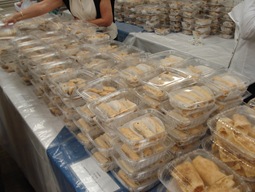 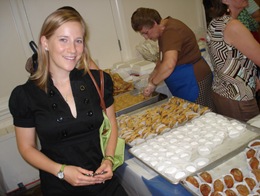 I just HAD to absorb some of the Greek culture in dessert form!!!

We got 4 different kinds (don’t ask me what they were except one was bakalava. We shared these 3 ways among Kate, the husband and me, so we each got a taste of each. 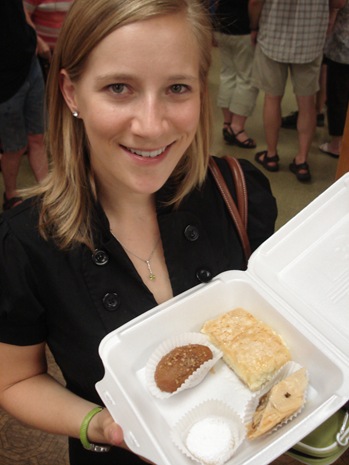 But the night didn’t end quite yet. We’d been eyeing the bakalava ice cream sundaes since we arrived and Nate finally bit the bullet and got one. We all had tastes. I had 4 (that’s F.O.U.R. Nate!!!) bites 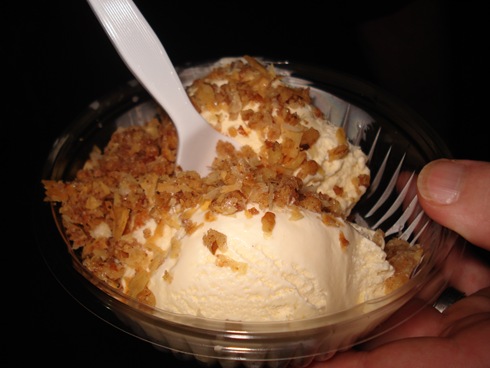 While I didn’t eat the healthiest foods tonight, I don’t feel like I ate too much since all my bites were small.

I finished a huge project this afternoon, but unfortunately haven’t even started my Foodservice menu of 100+ recipes. Tomorrow’s going to be a big day. I’m hoping to start with a run, then a yummy breakfast, then work, work, work.