You are here: Home / Weekend / Air Fare Round IVVXXI

How many in-flight meals have I posted this year?!

SCORE!!!!!!!!!!!!!!!!! I took a short nap on my first flight (as I have on ALL of my early morning flights this year – it helps me adjust to the time change and makes the time past by quickly!) but when I heard the beverage cart coming by I woke up just to request some cookies. I told the flight attendant that I LOVED these Biscoffs and she brought me by a handful more later on!! 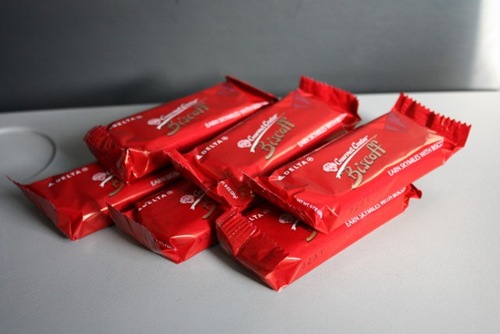 Upon landing in Minneapolis (for the third time in a month!) I found the usual spot for me in that airport, Caribou, for some much-needed coffee. A headache was creeping on fast 🙁 I got a light roast with steamed milk and a squirt of sugar-free vanilla. It was sweet + awesome. Just about the only time I like my coffee sweet is when I’m traveling. 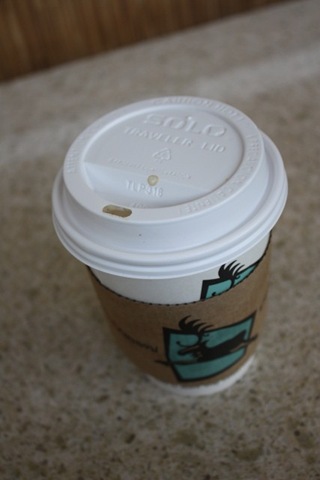 I found an outlet and re-charged my netbook for flight #2. The battery only lasts about 3 hours, so I’ve got to strategize with 5+ hours of flight today. 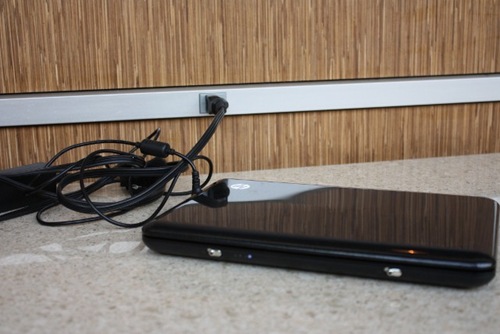 There’s no sense paying for Boingo when you can iPhone! 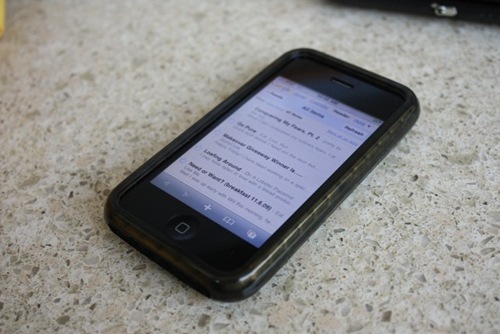 Flight number 2 left right on time but just a minute away from take-off we got the announcement that due to a traffic jam in SFO, we would have to wait 20 minutes. I could feel the annoyance building JUST as I was reading this paragraph in Yoga Journal 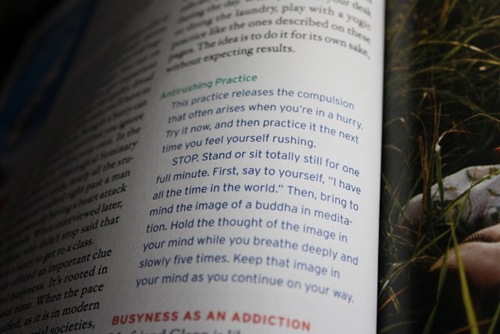 "I have all the time in the world"

It really did calm me to think about this. I have a 3 hour buffer to get from the airport to my first event, so I sat back and took deep breaths and before I knew it we were in the air – early.

I got my typical KERF Cocktail in-flight: soda with a splash of cranberry. So good. 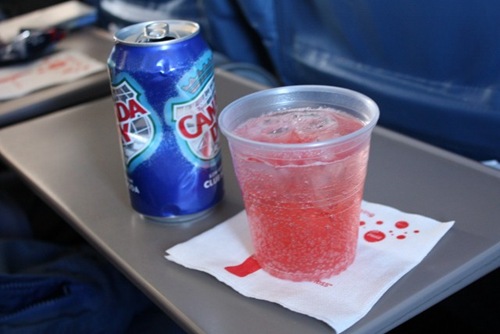 I was in the mood for pretzels so I chomped them down with my beverage. 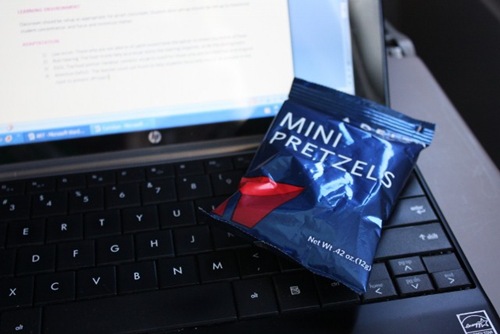 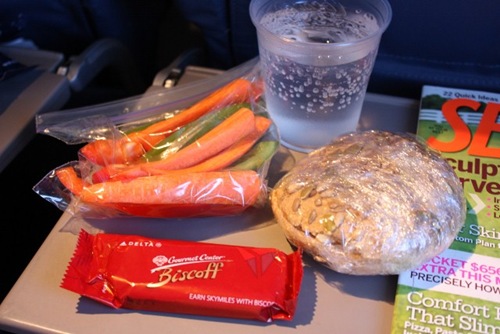 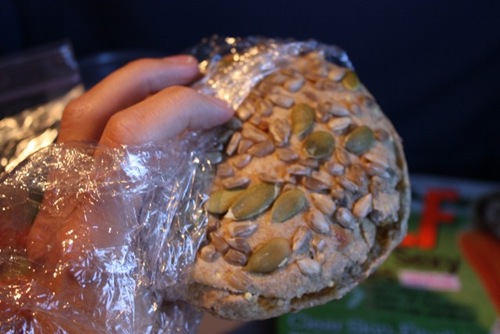 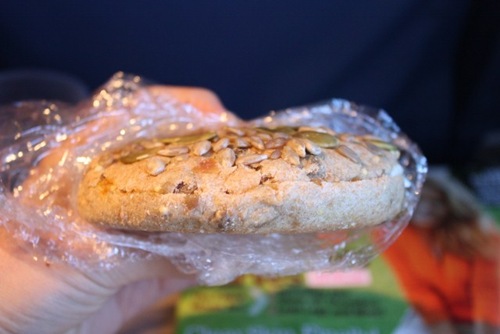 A bag of veggies. I only got through half of them as they were kind of unappealing and making me nauseous (and no I’m not with child!) 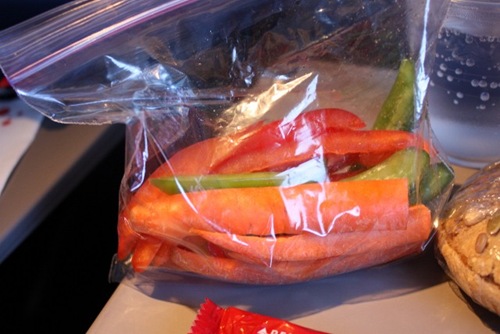 I had actually packed some White Bean + Basil hummus but it was stinking up my lunch bag with its garlicky smell so I discarded it in Minneapolis. I knew the smell would only be worse if I opened the bag in the closed quarters of an airplane. 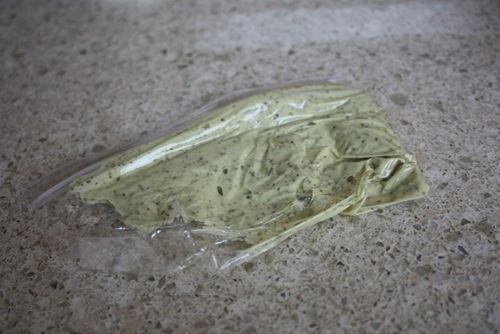 Last but not least…..an amazing dessert! 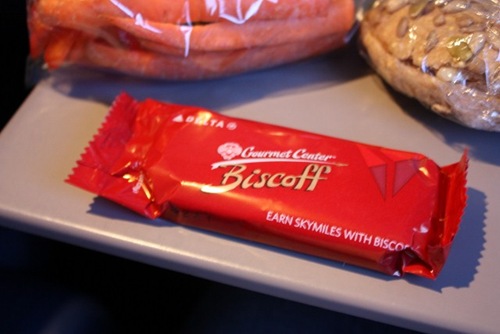 I managed to get a ton of work done on a school curriculum project for my Nutrition Education class. This was unexpected and totally awesome.

I also made friends with two nice gentleman and passed my business card out to a few people who asked me about my giant camera, laptop, photography, etc. It’s fun telling people you blog for a living 🙂

I also did a little plane yoga! The next time you fly, try doing some twists in your seat. They feel ah-mazing.

I think I’ve mentioned this before, but my strategy for eating while traveling – especially during time changes – is to spread my meals out. Rather than having breakfast + coffee at the same time (and it’s hard to double fist in airports anyways!) I planned my coffee (with milk for omph) as a snack. Then I could have a later lunch, which I split in half, that will hopefully stretch me until cocktail hour. I also try to eat intuitively rather than by a clock and eat just enough to be satisfied at the moment knowing I’ll have a snack in a bit. So far – and by far I mean this whole year of traveling –