You are here: Home / Lifestyle / A Wheatberry Lesson

Can I say it again? Please?! 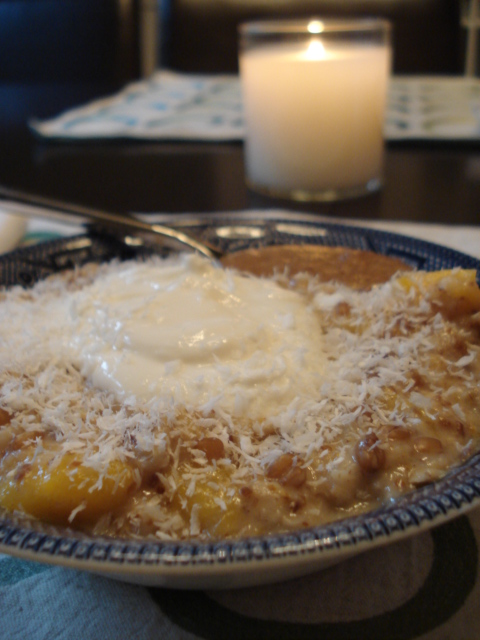 I added the oats, liquids and mango to start. When they were almost done, I stirred in the cooked wheatberries, flax, vanilla. Once in the bowl, toppings were added.

I loved chewing my way through this bowl in combo with the creaminess and volume of rolled oats. Steel cut oats have chew, but the portion is too small and they aren’t chewy enough. The addition of wheatberries to rolled oats is definitely the winner in terms of texture. 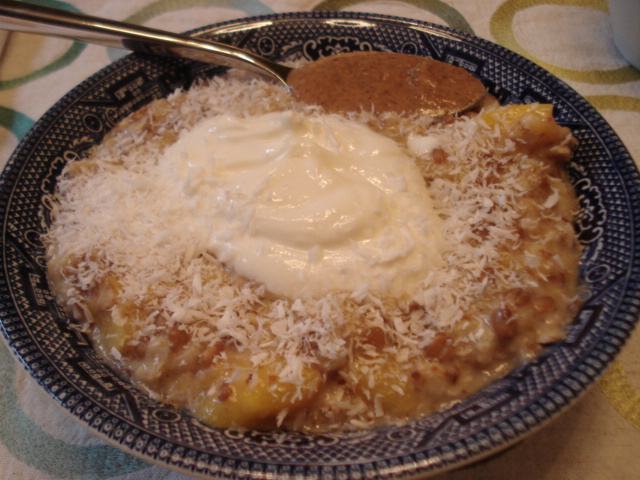 Since you all have been asking, here’s all I know:

I buy “Cracked wheat berries” (I think that’s what they’re called) at EarthFare in the bulk foods section. Check your local health foods store – and ask if you can’t find them. Mine are 150 kcal per 1/4 cup dry. Bob’s Red Mill also makes a line, which you can order online or maybe find in a store.

There are 2 methods to preparing wheatberries.

The soaking method was the first we tried for sprouted grain bread. You can read lots’s more on the husband’s wheatberry bread page.

The boiling method was my experiment and I followed the instructions on the EarthFare bin.

I ended up adding 1 cup of water as they were cooking when the water level got low.

I also weighed them before and after to get an accurate nutritional profile to keep in mine for portion control.

Enjoy stirred into oatmeal and yogurt, as a cold salad with veggies, or just to chew plain

I walked the husband to the lightrail this morning. It’s about a mile and a quarter and when the sun is shining and we have the time, there’s no reason he shouldn’t walk. I joined him for some good conversation and plan on meeting him for the walk home too. I’m headed out for a short run soon and to the dentist this afternoon. Also to pick up our first CSA bushel!!

For the record, I had half a cup of PB Chocolate So Delicious with a Meringue last night! 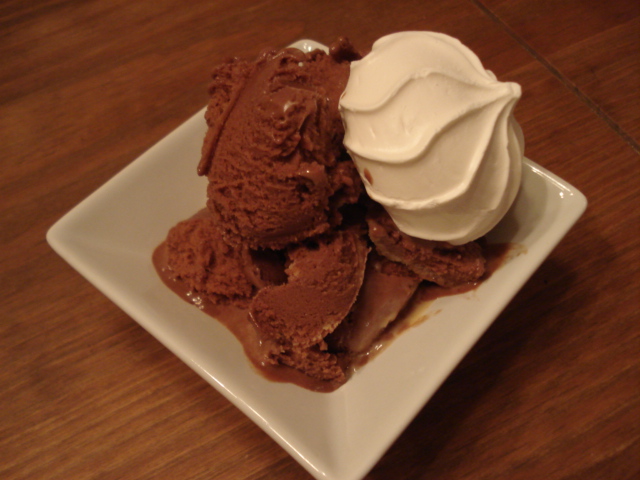