Thanks to Elizabeth for treating me to lunch at EarthFare!! She’s getting married in 3 weeks, so we had lots to talk about 🙂

I had my usual salad with bites of this and that. I just love the variety of flavors I get from the salad bar, so sandwiches, wraps, pizza, etc. is never as appealing. It makes my palate feel like I ate more when I get a lot of different flavors. NEXT time I will consider a sandwich. But I did get a cup of soup! Shrimp and Corn Chowder . It had half and half in the ingredient list, but it was a very light brothy creamy so I don’t think it was overkill heavy. This looks like a huge bowl, but it was just a small cup. (See tray below). It was amazing! 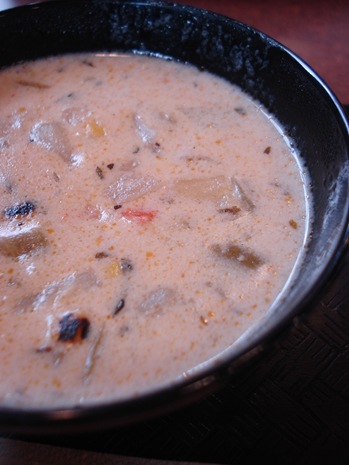 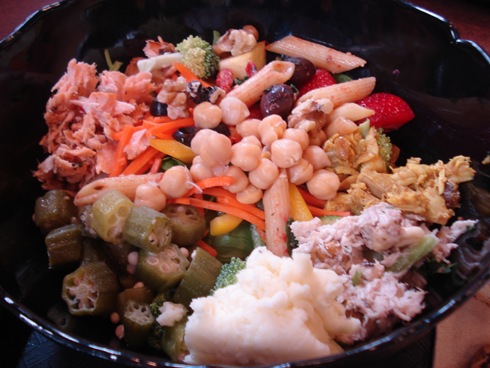 I got a little bit of a LOT of things: 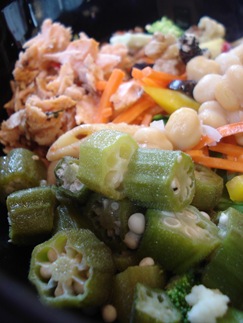 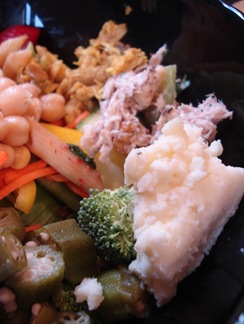 Plus the sample selection!

A piece of eggy bread and a WHOLE COOKIE sample!!! The cookie was a little stale, but I still ate it for the chocolate chips. 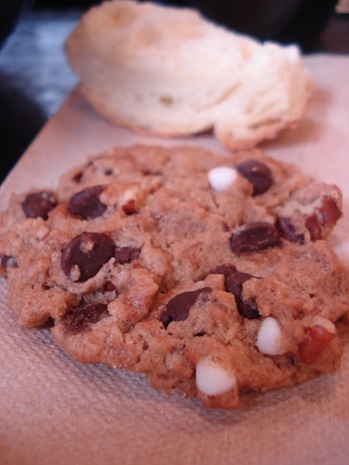 Plus crackers , which I didn’t eat, and Caesar dressing that I dipped into just a few times. (The salad looks huge, but it wasn’t as giant as it looks – under that first layer is just a bed of mixed greens and spinach). 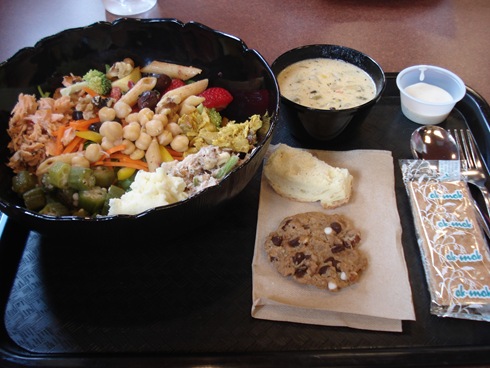 We had two more join our team!! Jessica and Scott W.! That’s 7 of us that will be running on October 4th.

Off to Git ‘er Done.