You are here: Home / Lifestyle / A Girl’s Day

Shopping, sunshine + a ladies lunch! What more could I ask for?

You never know what you’re going to see in NYC! LOL bears!!! 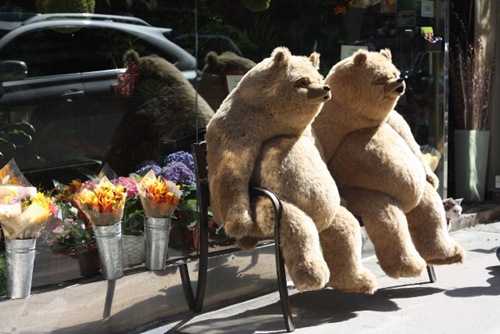 I spent the morning shopping. I wanted to bring home something as a souvenir! I went to H&M and tried on a few items.

Almost bought this puffed sleeve purple shirt, but I have this complex where I won’t both waiting at the register and carrying around a bag for just one item if it’s just something small, so I ended up leaving it behind. 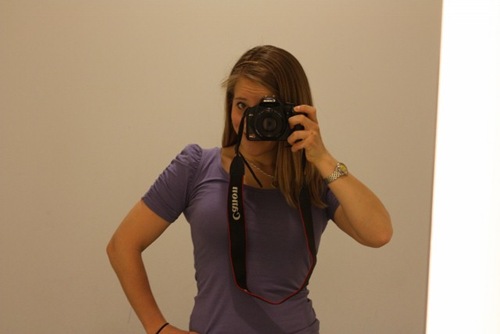 Also tried on these items that did not end up coming with me either! 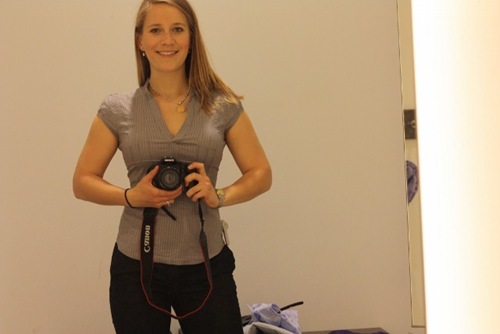 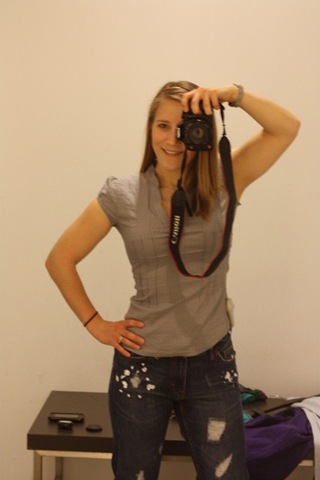 I went in a few more stores by knew I had a final destination: 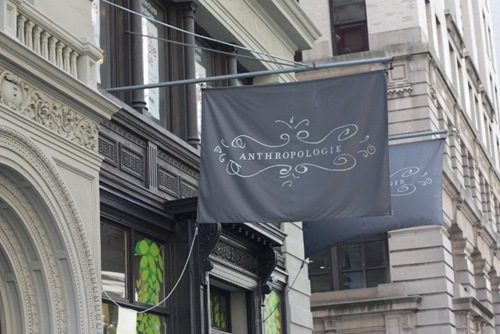 DROOL over all of the beautiful items!!! Bowls, candles, DRESSES!

I tried on a lot of definite no’s: 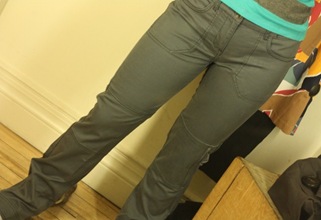 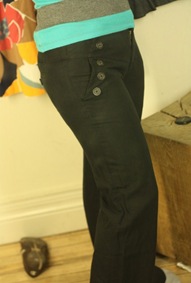 But I found my one souvenir! This cute summer sundress on sale for $69. Dress it up or dress it down with different footware! 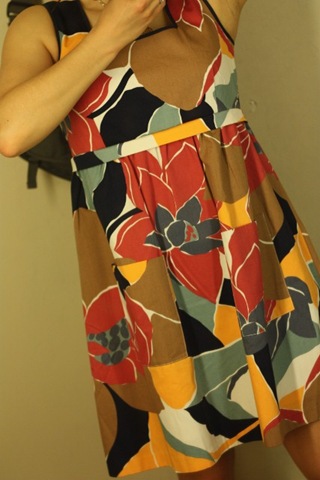 I ran out of time (and that was enough money spent!) so I walked another mile over to the Chelsea Market to meet my blog friends! 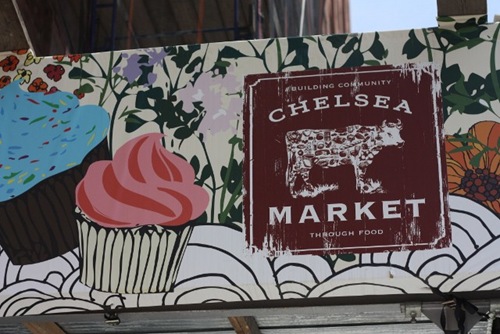 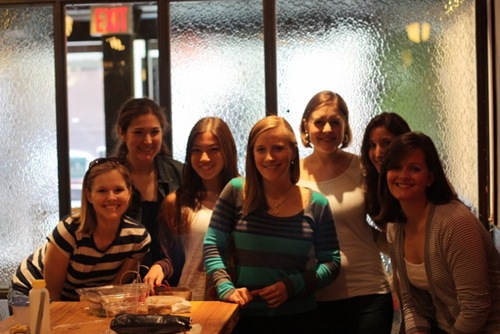 Lindsay, Amelia, Sarah, Jen, Jen’s roommate (please forgive me for not catching your name!!), and Ashley

Chelsea Market was A-mazing. Sooo many cool places to eat!!! So as to avoid 20 minutes of exploring and deciding when I was short on time, I decided to just go with One Lucky Duck since I was in the mood for a big salad. 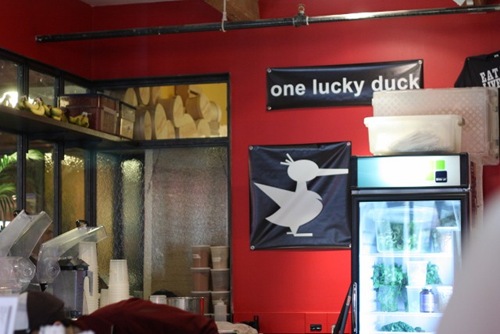 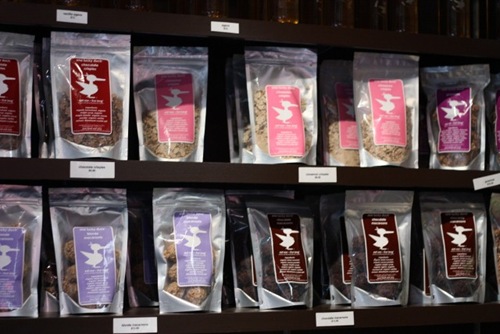 They had all of their best already made and ready to go: 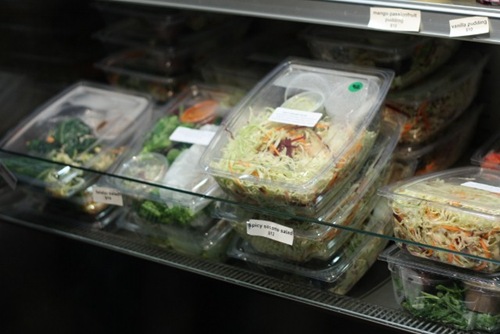 I chose the s+m again – it’s such a good one and comes with Quackers!! 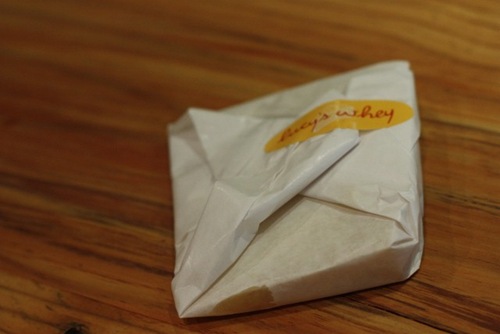 TONS of flavor in this aged beauty! 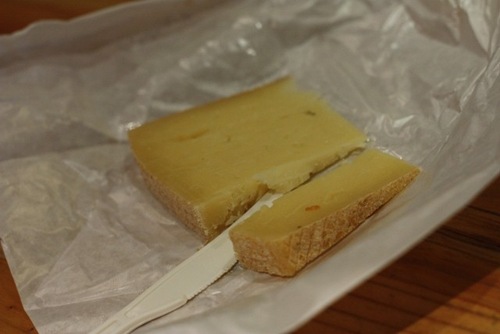 I assembled my salad, which came with hemp seeds, a pumpkin seed sesame dressing and dulce ( think that’s what it’s called – it’s a seaweed!). I added a 1 ounce looking piece of cheese. 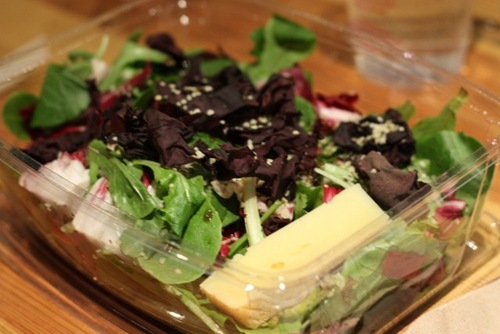 Cheddar Quackers!!!!!!!! I barely made a dent in these because my salad was so big 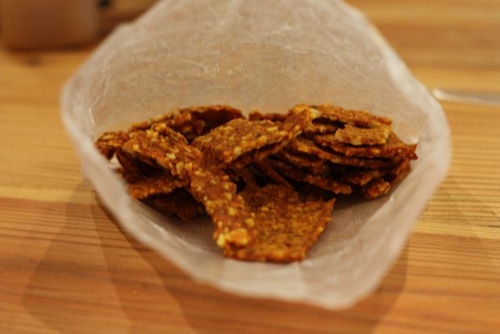 I also got to try a piece of Amy’s Bread – totalllllllly good! And you know I’m picky about my breads!! It was so sweet and tasted like a doughnut but was also nutty and seeded and likely a large percentage whole wheat if not 100%. I wanted to get some to bring home but I ran out of time.

The lunch was great but SOOOO salty!!! I’m dying of thirst now! I decided against a veggie juice at OLD because they were $10 a piece and I’ve spend so much $$ on juice lately!

I really wish I had had time to get Pinkberry or a cupcake or something really fun but time was of the essence and I had to quickly head back to the hotel for my luggage and then straight to LGA for my flight this afternoon.