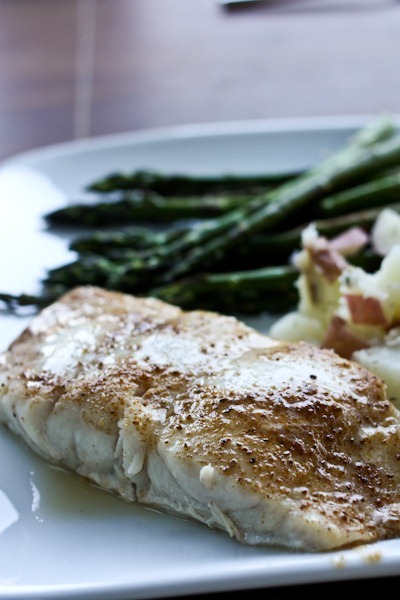 Dinner in our house is often an afterthought. Generally I have an idea of what I’m going to make, but I never know quite how it will come together and I often swap nights at the last minute. I’ve been meaning to write a post on my non-meal planning and will soon. I make sure I have building blocks in my kitchen, but I don’t plan out what goes with what (usually) until maybe 4-5pm. Sometimes this is bad because I don’t have enough time to roast a potato, for example, but most nights it works out and I put together dinner quickly based on what I’m craving at the moment. 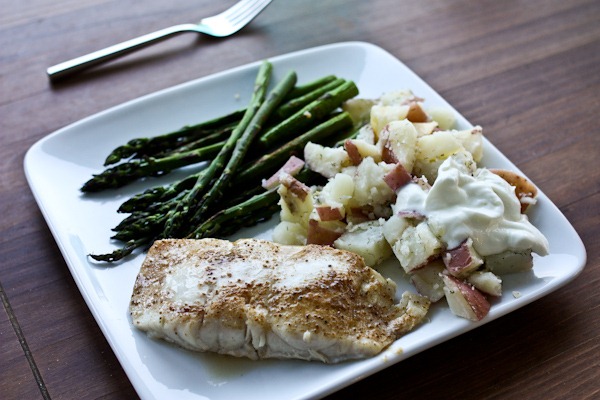 Tonight’s dinner involved thawing out a fish from the freezer in advance, but that was the only given for the evening.

This is a new-to-me fish called Barramundi. I ran into my neighbor in Whole Foods and told her I was trying to get omega-3s from fish rather than a fish oil supplement. She recommended the Barramundi and said it was excellent. It was advertised as both a “sustainable sea bass” and high in omega-3s on the package. I did note, however, that it is from Indonesia. Not sure how I feel about that. Research required. Generally I trust Whole Foods to stock good options. (Have you seen recently that they’re removing all of the “red” rated category fish from stores?) 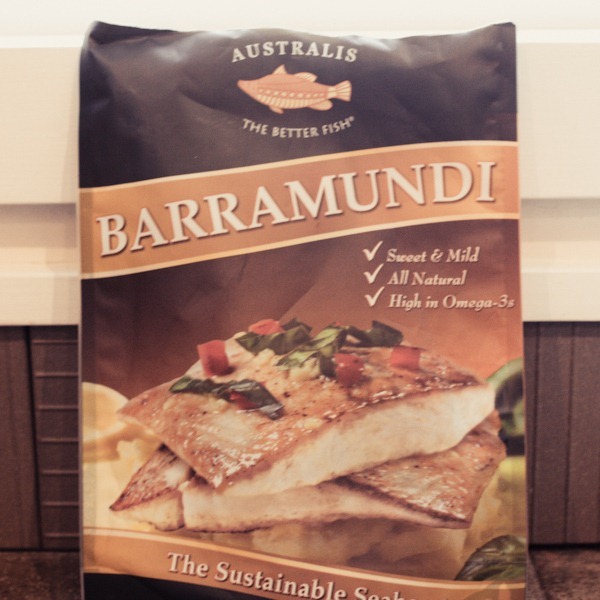 Taste-wise, it was awesome!!! I dotted it with butter, a drizzle of lemon juice, salt, pepper and some Old Baby Bay for a great seafood taste. Baked at 400* for 15 minutes, per the package, and it was perfectly done! 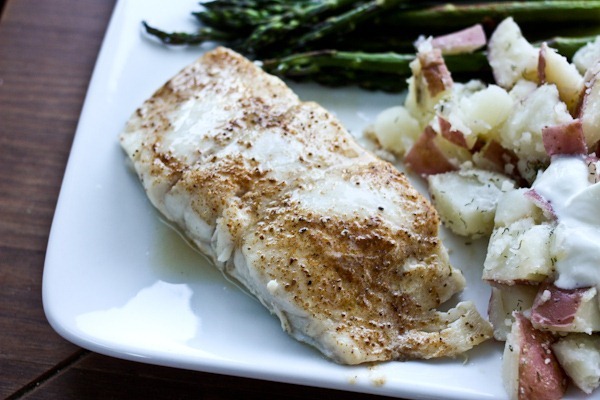 I popped some asparagus in the oven at the same time. (One of a few veggies to choose from in the house.) This was also roasted at 400* for 15 minutes and sprayed with olive oil (from my misto) and sprinkled with salt, pepper and cayenne pepper. 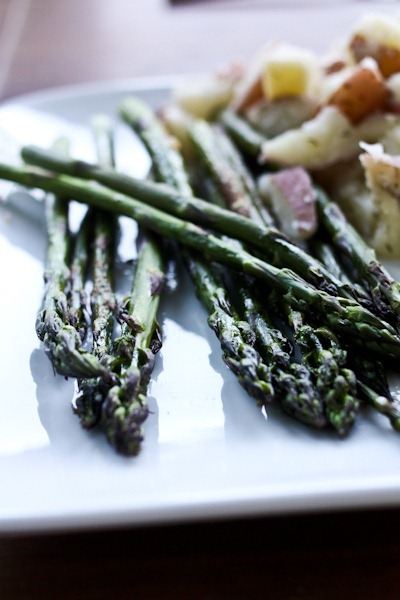 Lastly, I debated what to have for starch. On our laziest nights, we usually just toast up some whole grain bread. I almost made brown rice in the rice cooker, but Matt was hungry and wanted to eat early so he could get to bed (he’s training sweets in the morning) and I didn’t have enough time. I had 3 red potatoes, but had discounted them because roasting would take 45 minutes. But then I had the idea to boil them! 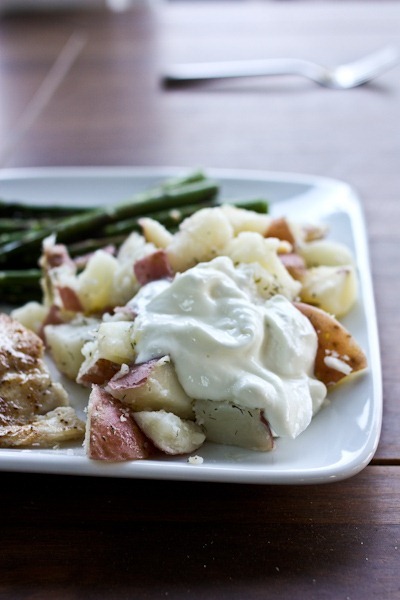 15 minutes later, I had what tasted like an amazing baked potato! I seasoned them with butter, salt, pepper and dried dill and a generous blob of Oikos. Roasted potatoes are great, but boiled are really delicious too. And so fast! 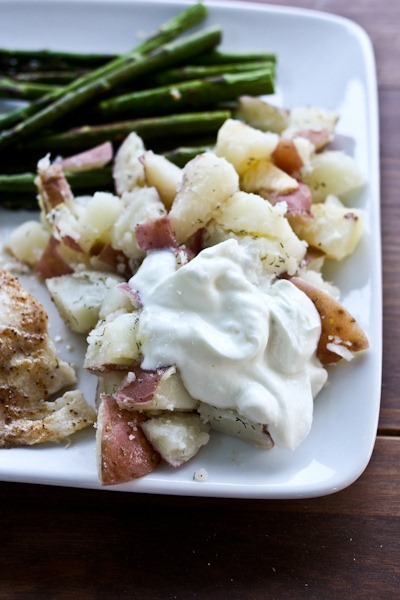 Water + juice with a new IKEA straw!! I have missed straws! 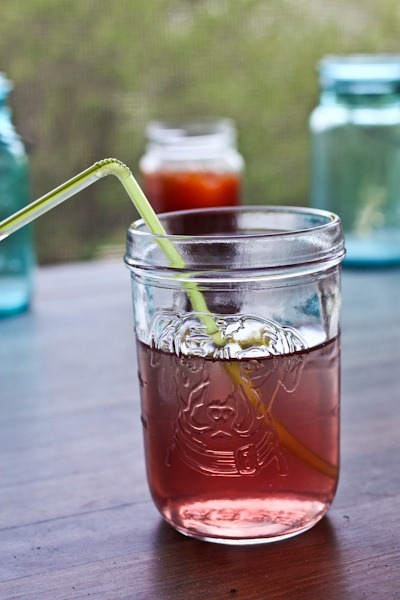 This was one delicious dinner! 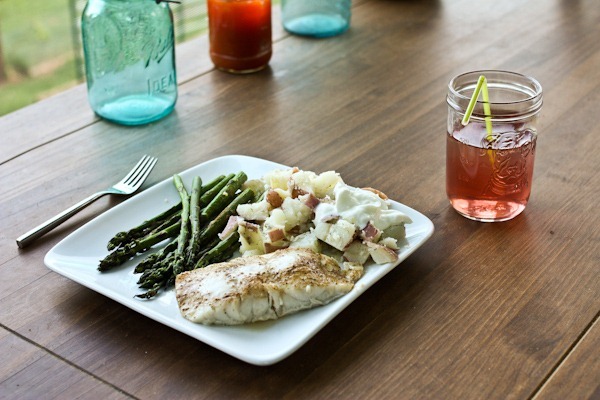 Sweet Pumpkin likes to hang out in our garden beds : )  [Note Matt’s tomato wires! And one more bed built that needs compost soil.]

While Pumpkin gets dirty, I’m off to get clean in a bubble bath!