You are here: Home / Lifestyle / A Convenient Menu

Study Date with Victoria went well. This test has less information than my previous two, so it’s hard to know how prepared I am!

Here are my lovely iPhone glamour snacks: an apple and a decaf cappuccino – lotsa foam! 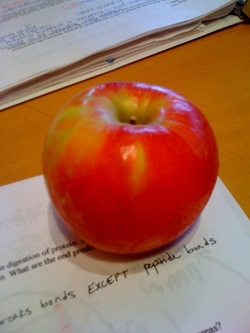 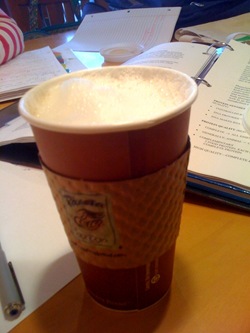 Around 5:00 – when it was starting to get DARK!! – Victoria and I both needed to go to Trader Joe’s for some groceries. [Actually I was planning on EarthFare, but TJ’s seemed like a fun pit stop and I’m glad I went!

Once I was home, though, it was after 6 and I was hungry! The fancy dinner I had planned would take over an hour, so I swapped dinners with tomorrow night and opted for a quick Mexican feast tonight. 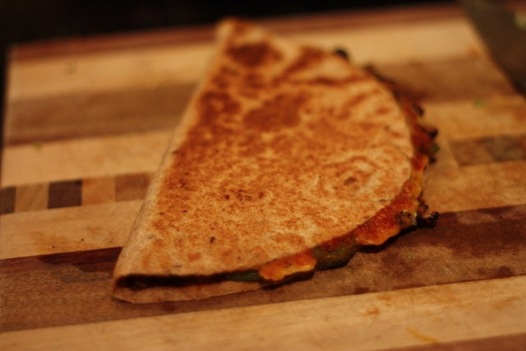 We NEVER get tortillas anymore because we have a flow of wholesome breads, but at TJ’s tonight – for only $2.29 – I "splurged" on some. 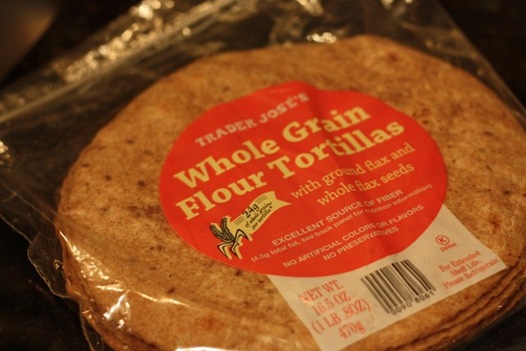 I cooked some bell pepper and about 3/4 a cup of black beans with cumin, chili powder and garlic powder 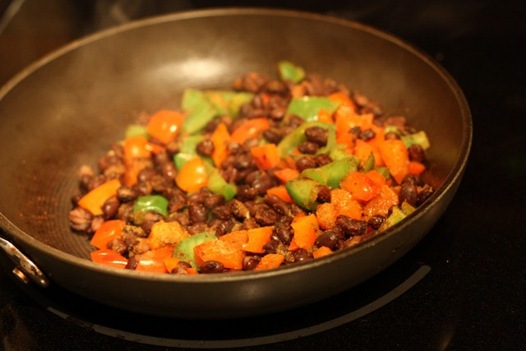 And then topped on about 1/3 a cup of cheese

His + Hers. They are kissing! 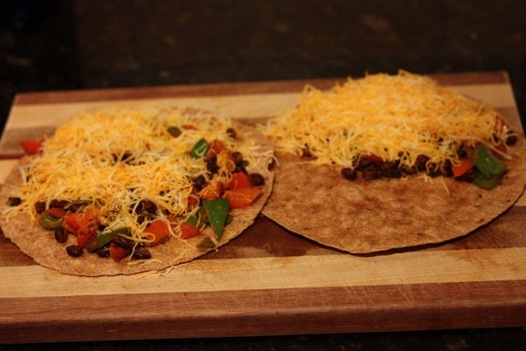 On a skillet, pressed with another skillet…. 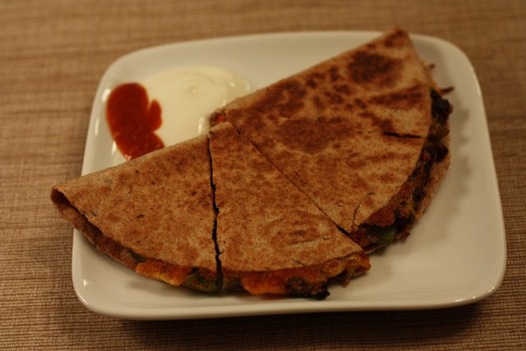 With some TJ’s Euro yogurt and Big Papi sauce for dipping! 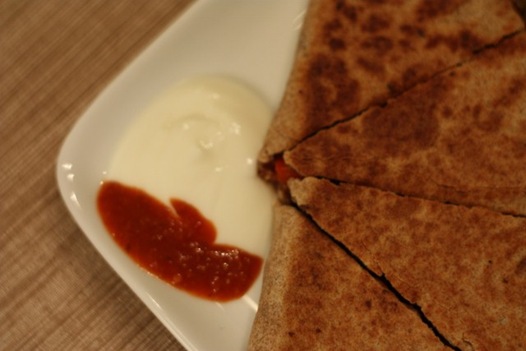 I LOVE this yogurt for a chance up from Greek (which is my truest love). It’s tangy and thin but still doesn’t have that gross yogurty taste. 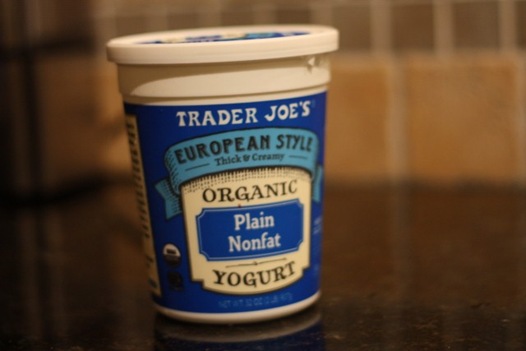 I also whipped up some romaine salads 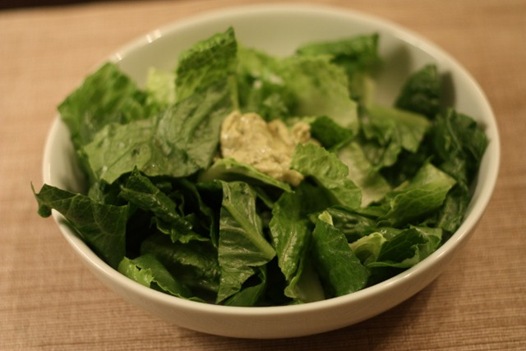 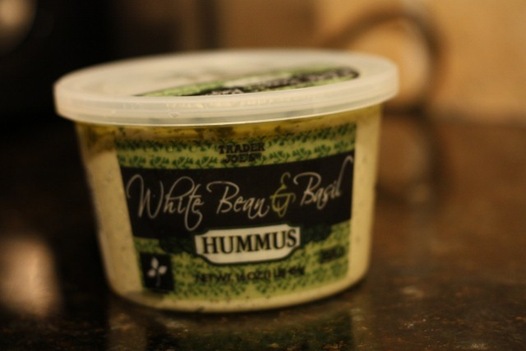 And lastly, a mocktail made with club soda and some Kiwi POM, which I liked a lot. It was fruitier than regular POM. 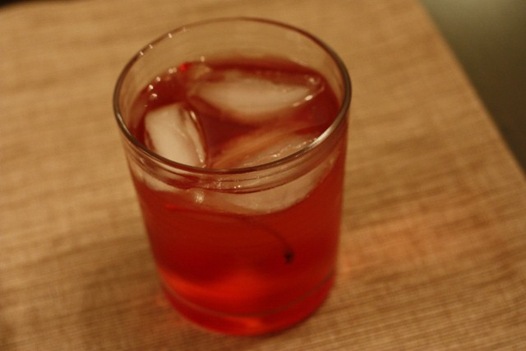 What’s with the haze on these photos??? 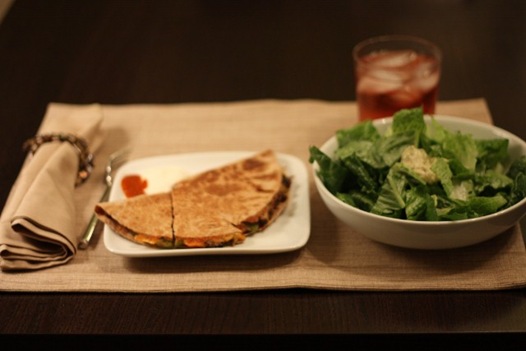 With dinner we watched An Inconvenient Truth, which was so moving. My gosh, I knew the earth was in danger, but I didn’t know it was that serious. Both this movie and Food, Inc they answer> the question WHY. No one is going to change their lazy habits because someone tells them to. They will only change if they see a need to change. Both movies have powerful messages that reach the curious entertainment-seeking public. We need more movies that explain why it is so important to do the right thing. 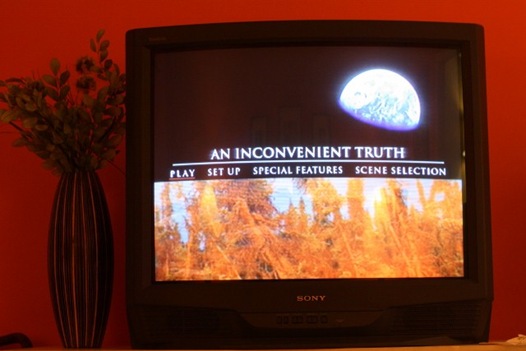 After the movie my stomach was actually growling! I made a snack of yogurt + Mix My Granola + pumpkin butter + a small piece of one of VeggieGirl‘s Brownie Points Outsiders. YUM! 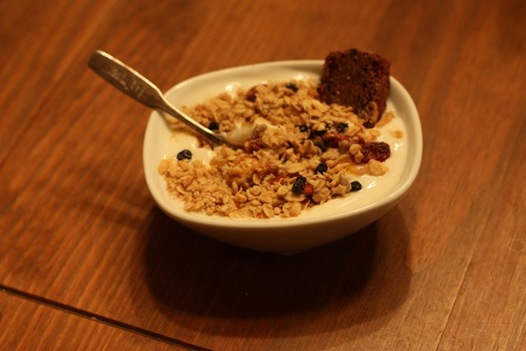 Happy Birthday To My Dad!!! 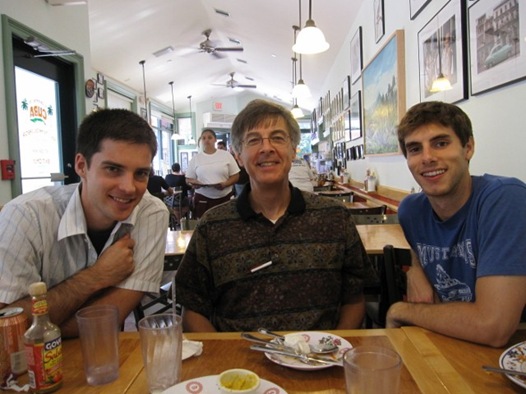 Off to read + study + snuggle!