You are here: Home / Lifestyle / 70 Minutes In Heaven

Soccer tonight was one of the best hours of my whole summer!!! Why-oh-why did it take me this long to find a pick-up group?!! There are apparently lots of them floating around and I’m so lucky that this one meets on a night I can go and that it’s right near my house. They’ll We’ll be playing through Halloween, and I think Saturday mornings as well. I’m not sure I’ll make it every week, but I will certainly try. My friend and former co-worker Angie told me about it and it was great to see her again after about a 2-year hiatus 🙂

I thought I played pretty well for being mediocre at best in my team days and taking off 6 years for my foot. I RAN and sprinted and ran. I’m not the best at dribbling, but I’m pretty good at playing the field, getting open, passing and running really, really hard. Hence the reason I am a midfielder!

I have never worn a HRM during a soccer game, but my HR was in the 160s the whole time and hit the 180s a few times. It was HARD and I am totally worn out after an hour and a half of activity and about 50 minutes of hard playing. I can’t believe i used to play for twice that long and just as hard in high school. No wonder I used to eat two gigantic bowls of Cranberry Almond Crunch for dinner after my games 🙂

Comment by me during the 5 vs. 5 game: "This sure is more fun than the elliptical!"

I dug up some soccer memories – 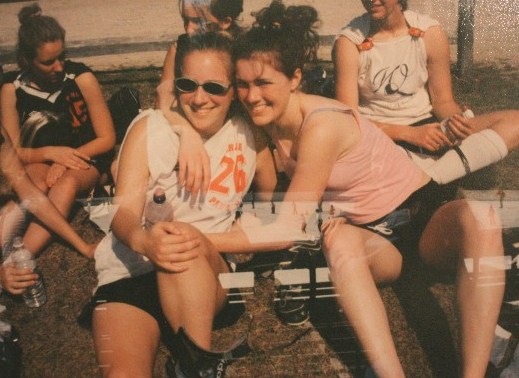 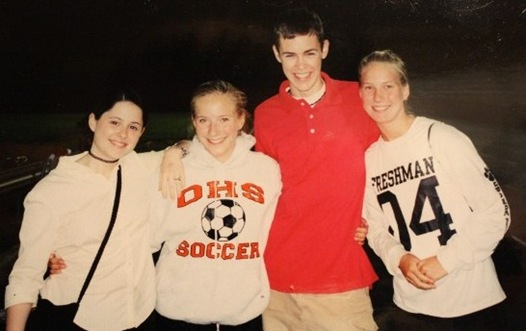 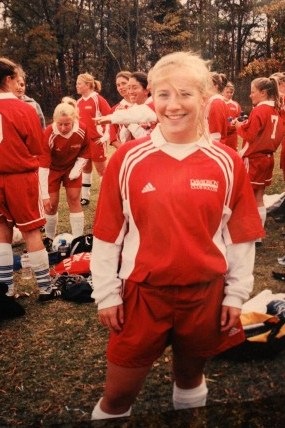 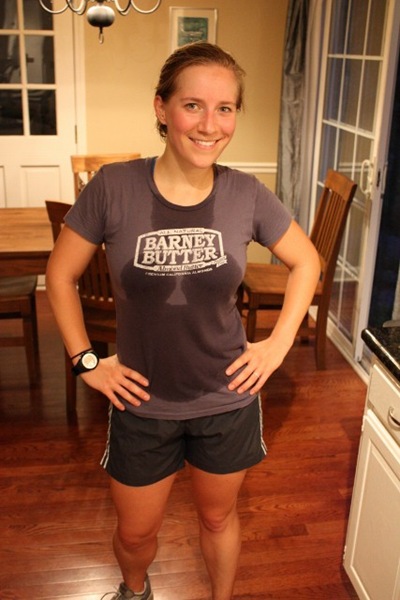 My Play-It-Again cleats worked out quite well, but I think I need shin guards too.

I AM SO THANKFUL TO BE ABLE TO PLAY ON THIS FOOT AGAIN!!!

I was a little worried about my eating schedule since soccer happened right during dinner hour. But since I had a later lunch, and since having Great Harvest bread at lunch always holds me over longer (go whole grains!), I didn’t get hungry at all until 5:30, which was perfect timing to have a whole food bar to fuel my game.

Amelia brought me this one from Charleston. GRAWnola. LOVE the name! 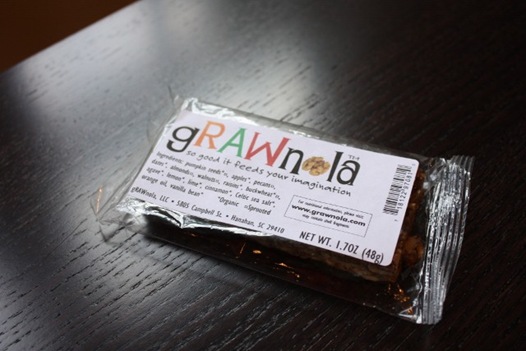 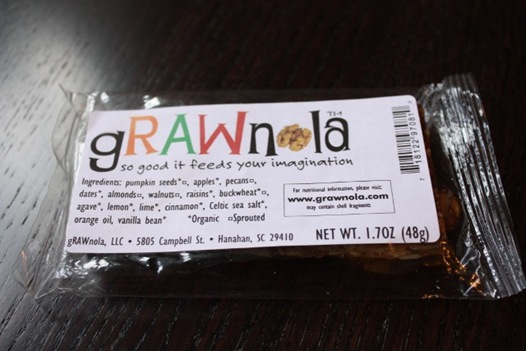 I loved the texture, but I did not like the orange oil flavoring. I don’t like fruity things other than fruit. 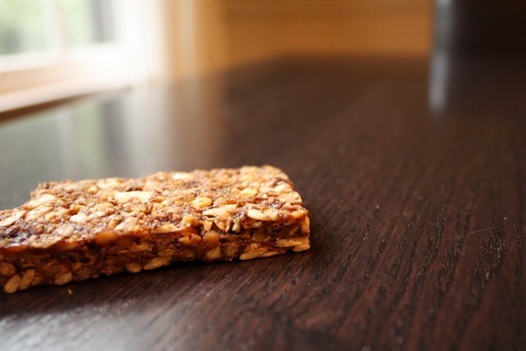 Once home from soccer and showered at 8:15, I heated up some fridge items for dinner. (One major con to soccer is the time of day, which means 3 nights in a row we don’t have family dinners. Since it’s only thru October though, I’m still going to do it, and Matt said he doesn’t mind, but it will make for less gourmet blog dinners during the week. Quick + easy for sure though!) 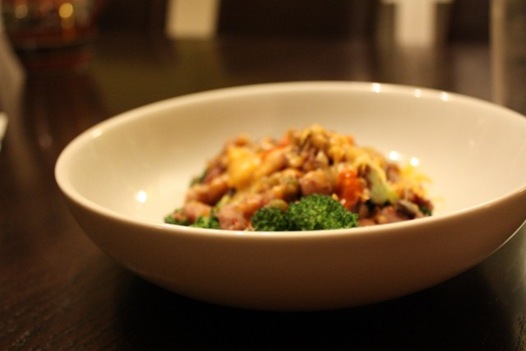 ~3/4 a cup of leftover Trader Joe’s mixed beans tossed with this Raspberry Jalapeno sauce and nuked: 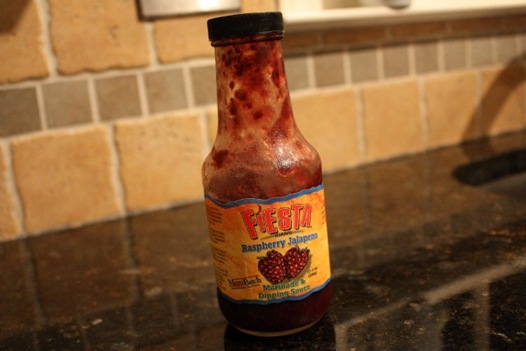 Plus a small broccoli crown, some shredded cheese and Big Papi Sauce.. 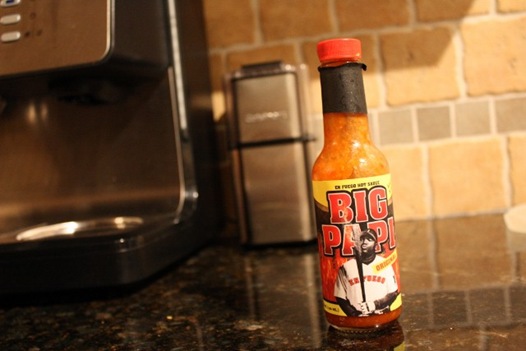 And the best chips ever 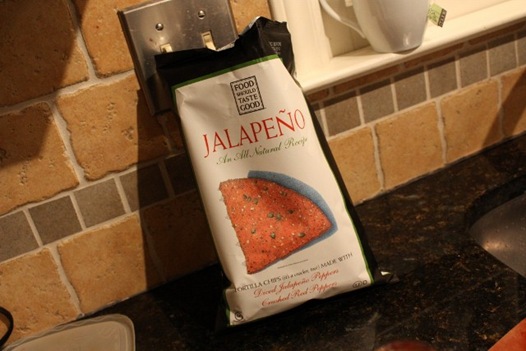 Raspberry goes well with anything 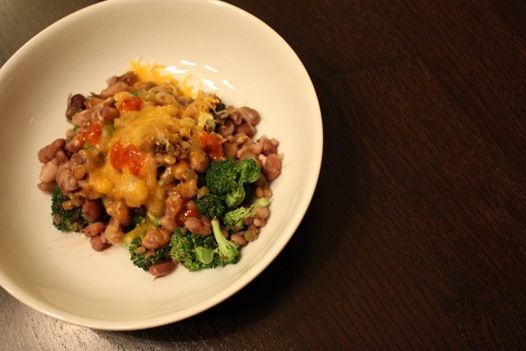 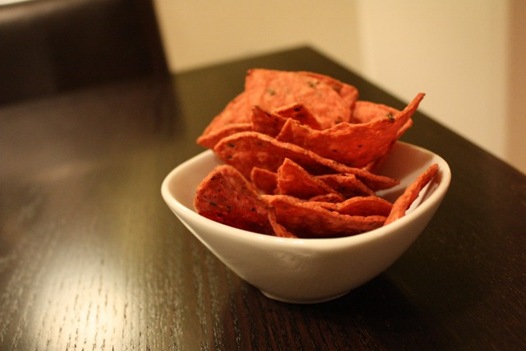 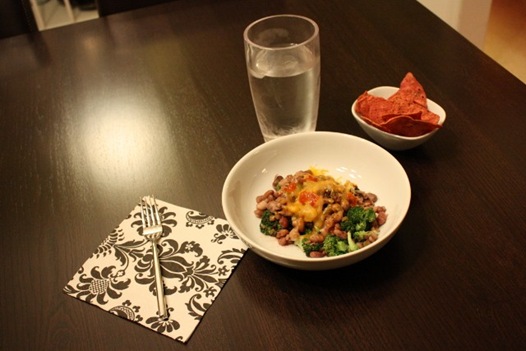 A package arrived on my doorstep today with this funky + modern lunch box from Applegate Farms, which is promoting a "Rock The Box" campaign as a call for all-natural, nutritious lunches. Applegate is my deli meat of choice. I’ve found that it’s a few dollars cheaper at Trader Joe’s than the other grocery stores, FYI. 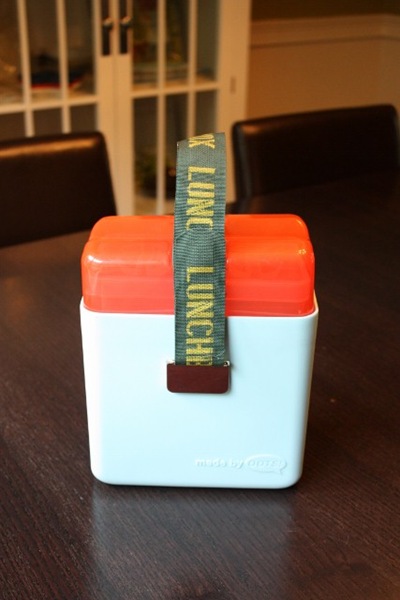 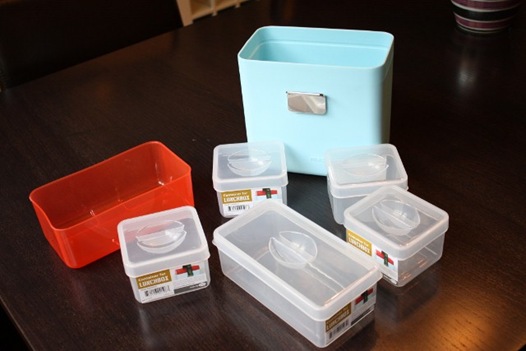 Will be useful for picnics and packed dinners! Enter to one one yourself here. And get an Applegate coupon for supporting the reauthorization of the School Lunch Act here. 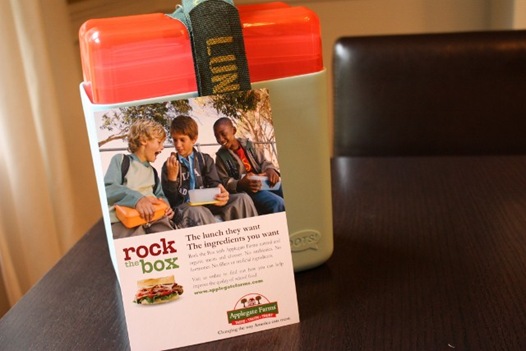 I am off to drink more water. Thirsty from being a jock!!