Even though these posts are appearing closely the garden has been growing about six weeks now!  The sun is high, enthusiasm is high, and the tomato plants are especially high! 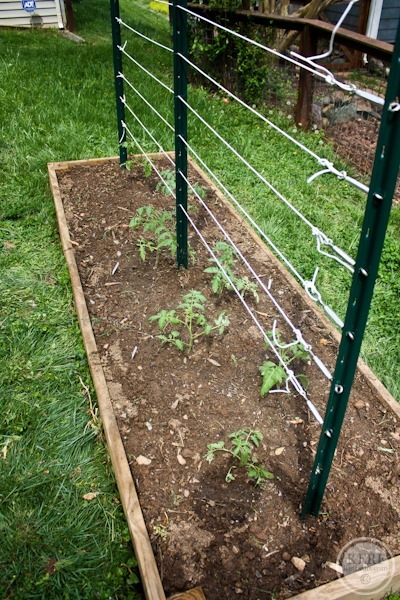 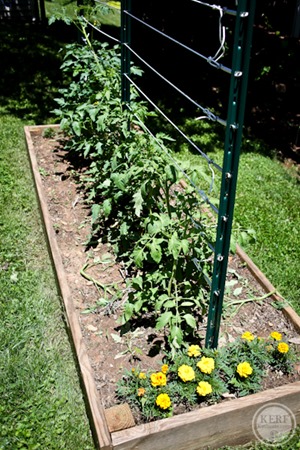 It makes me drool when I look at this cluster of flowers and buds on this Sweet 100 plant. 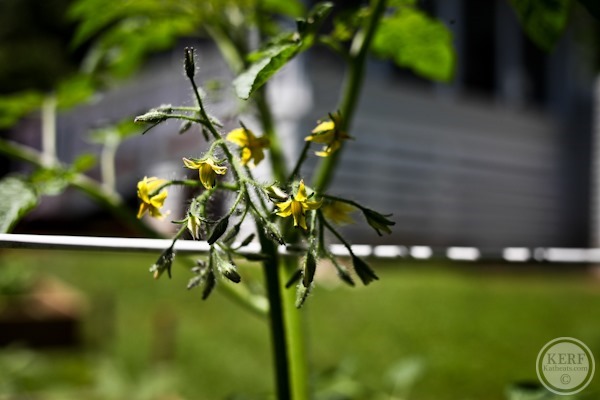 I hear this tomato is especially prolific, and produces huge clusters.  Can’t wait to do one of these again: 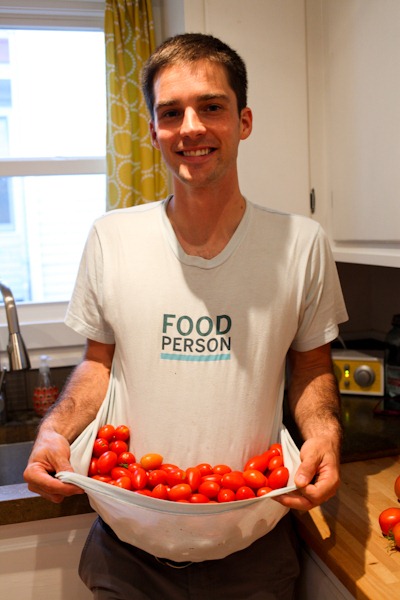 I wanted to show this as an example of the kind of growth that should be pruned from tomato plants: 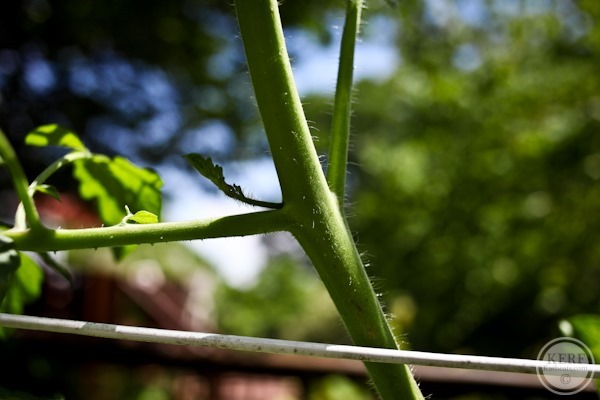 Pinch off any of these extra shoots that come off at 45* angles, and try to maintain one single stem to the plant.  Sometimes it’s heart breaking when you realize you’ve been maintaining a shooter that practically becomes a second tomato plant and you have to pinch it off, but just remember you’re doing this so that you’ll eventually have more tomatoes and better quality than you would have!

The marigolds next to the tomatoes are also looking good. 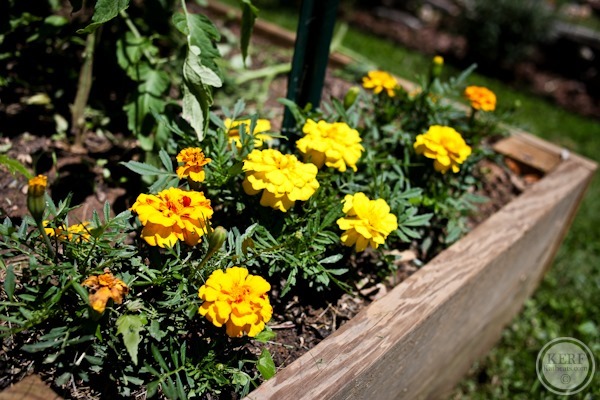 In some bad news, most of the okra I planted died off.  They looked fine for about a week, but then all of them had their leaves turn yellow and then fall off.  Then, they all began to sprout new leaves and I thought, “Oh good, it must have been some sort of replanting shock.”  But a couple weeks of stagnant growth and pitiful plants didn’t encourage me.  Then, four out of six completely bit the dust. 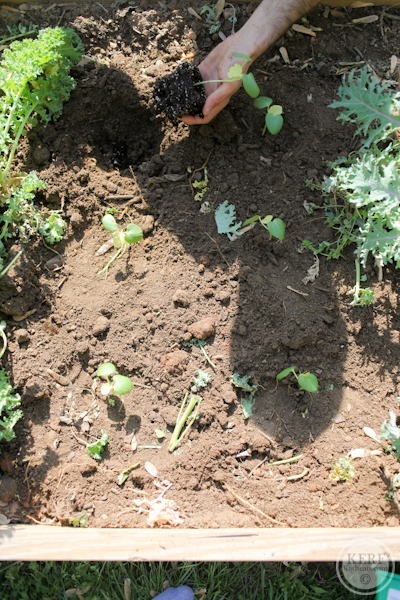 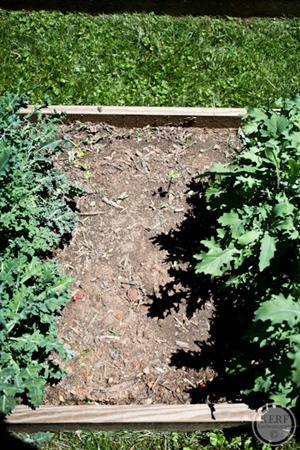 My suspicion is that I just planted them a little early.  It’s been a mild spring and while there haven’t been any frosts, there have definitely been a few repeated cold days and nights.  So after I mourned the loss I traded some bread at the farmer’s market for a 4-pack of new okra and in they went! 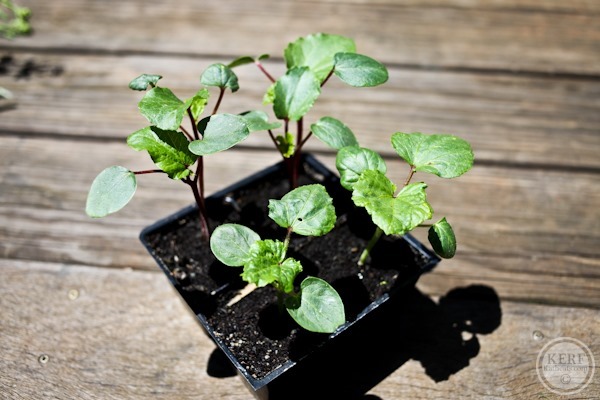 Other new additions include this cool green I had never heard of: mizuna.  It was another farmer’s market find, and the grower described it as “japanese arugula.”  It’s not spicy like arugula (currently?) but it certainly has similar uses.  It’s like a side additions to my salads to add some depth of flavor. 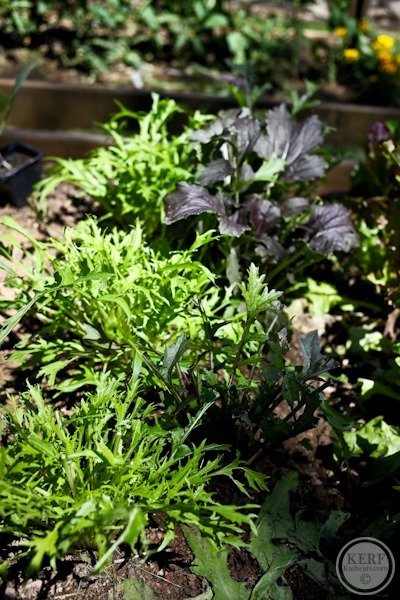 I’d say it’s very “fresh” tasting – you know how cucumbers and celery have this freshness aside from their actual flavor? Kinda like that.  Maybe lemony?  Cooling?  Bright?  Hard to describe, and yet it’s distinct from other greens I’ve tasted.  Delicious!

Speaking of greens, the lettuce is doing nicely and we’ve had some great salads so far.  It’s at that point where you can rotate through the plants to harvest what you need and by the time you get back to the beginning it’s newly replenished. 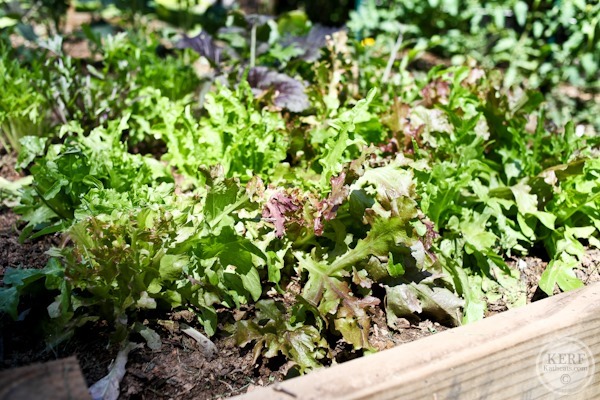 Here’s a testament to why I find growing from seed so annoying: I directly sowed some Deer’s Tongue lettuce seeds in some spare space and it must have already been too warm in April because none sprouted… until a few weeks later! 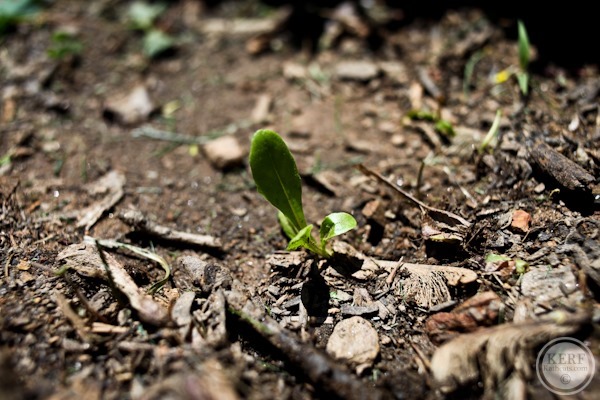 It was probably the same cold weather that killed the okra that made these sprout.  Even still, it was only a few plants and I wasn’t sure if I needed them so I just pulled them out of the garden and into some bigger planters in case I decided to replant. 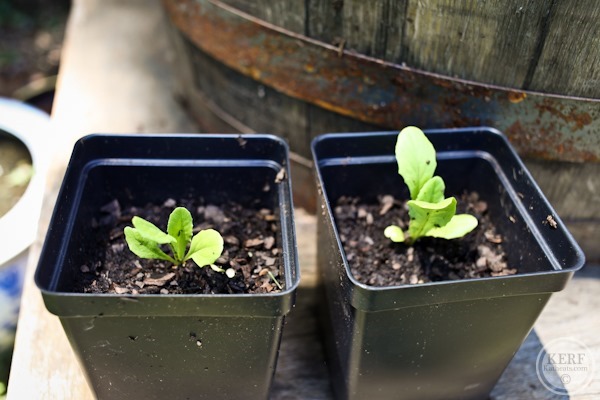 When I cleared some of the kale I put them in the ground, mostly as a tester to see if I liked this variety of lettuce.

Other random additions include this single green cabbage plant: 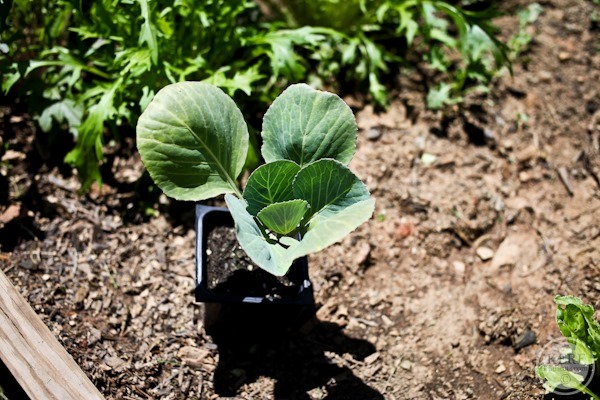 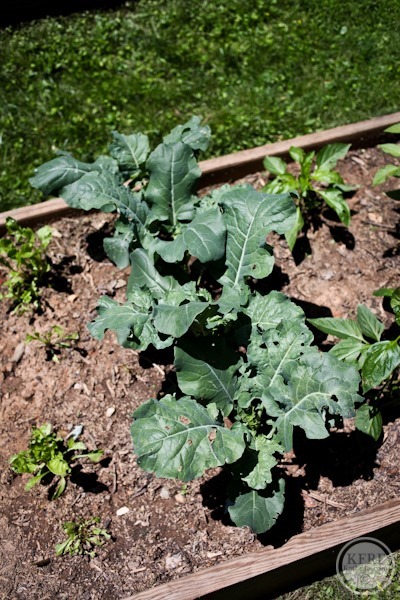 And this patty pan squash: 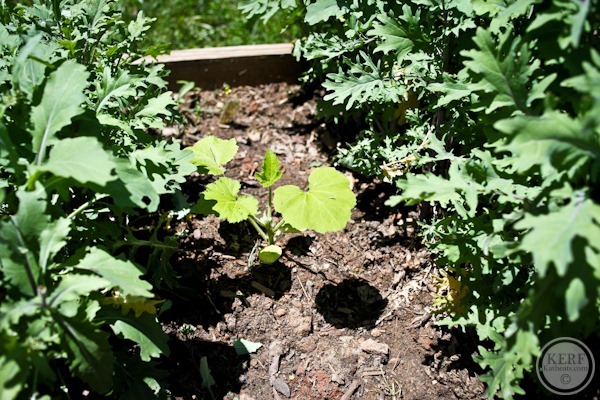 Squash is so easy to grow (just add a BUNCHA water) and prolific.  I’m not worried about it being amidst the kale, it will easily grow above and beyond and will pretty much tell me when it’s time to pull the kale out.  I just hope I have enough space for it – they can easily take up a 3’ x 3’ section and more!

Speaking of kale, the leaves still taste good so I haven’t gotten rid of the plants, but keeping up with the bolting is laborious at times: 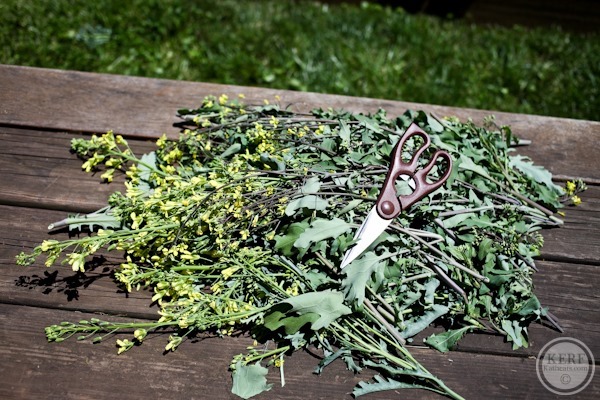 Good to see the hired guards are busy, though: 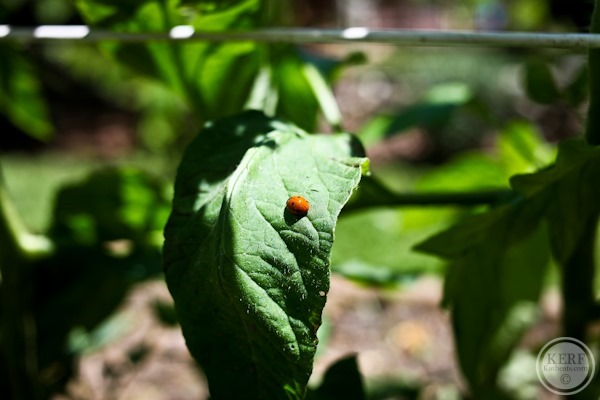 I hope your garden is going equally well! 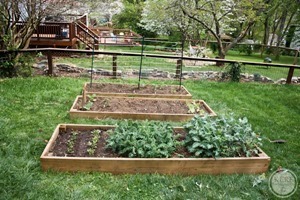 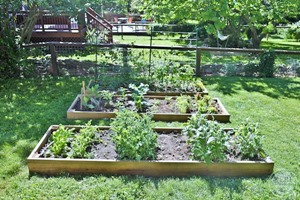