You are here: Home / Real Meals / Where The Wild Things Crawl 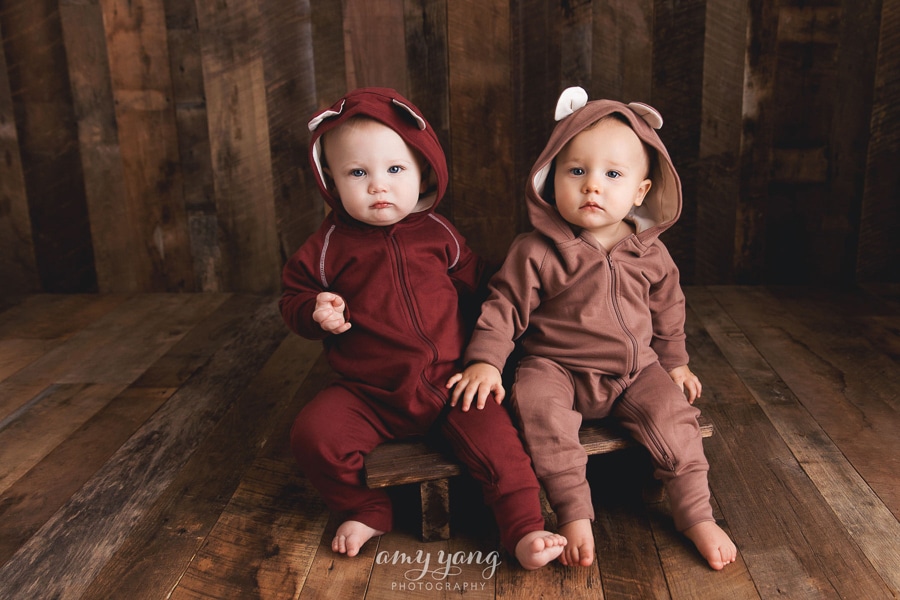 Have you ever seen a cuter bunch?! Birch, Fern, and Harrison (the fox!) got to model some cute outfits for Green Bean Baby Boutique a few weeks ago. Amy Yang Photography did such a beautiful job again – especially since they all just wanted to crawl away! You can spot them on the Green Bean website 🙂 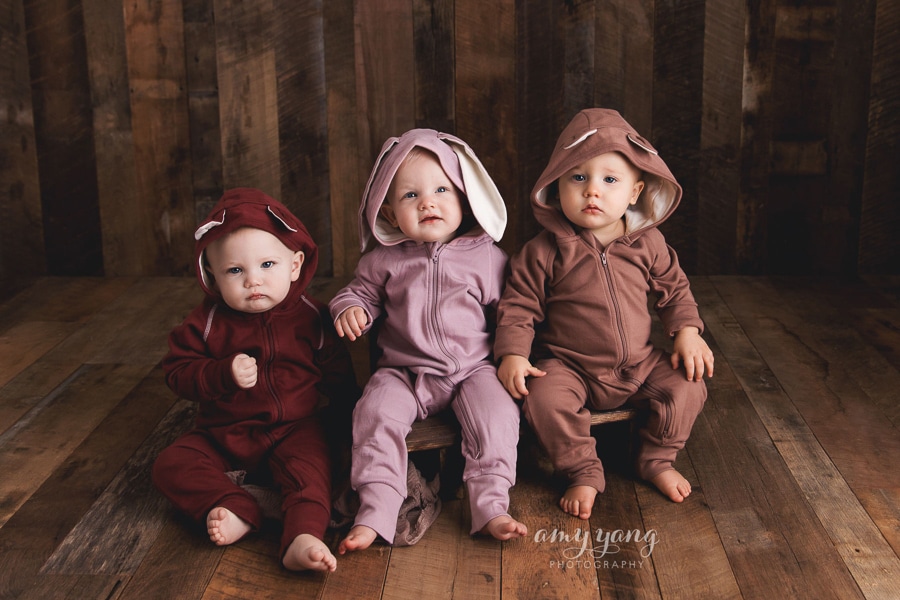 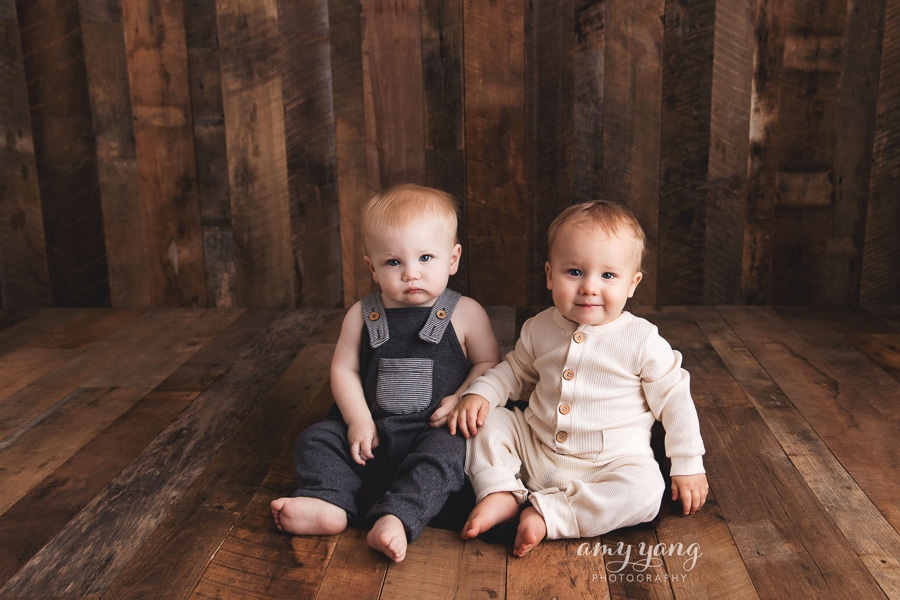 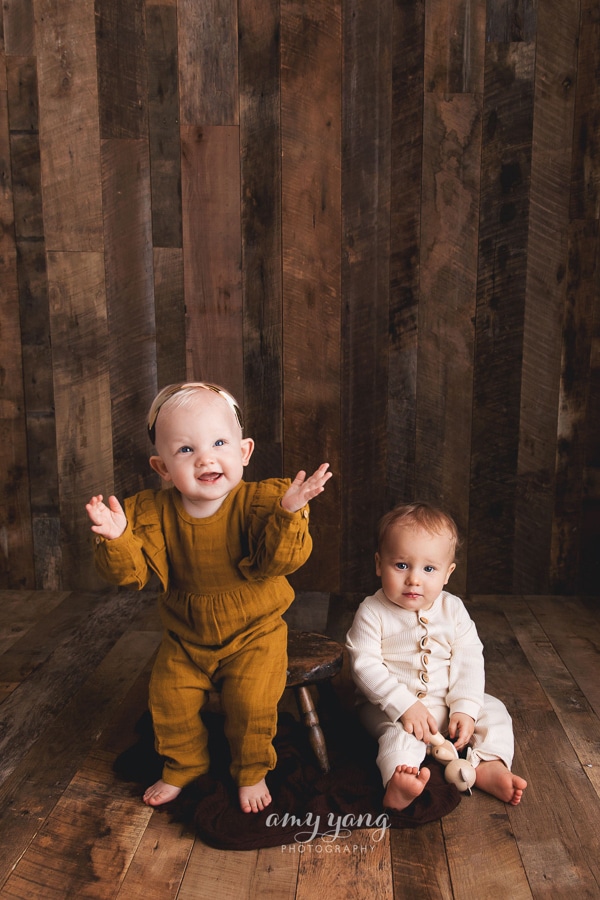 What else is new?

Now that we’re done with the doorway bouncer, which had to be taken away for safety reasons rather than dislike, we’ve moved on to bigger boy tables. Erica had this Skip Hop table in her basement – Fern was not a fan (yet!) so we’re borrowing it for now. Birch likes it for 15-20 minutes, so it’s been great to pull out around dinnertime. 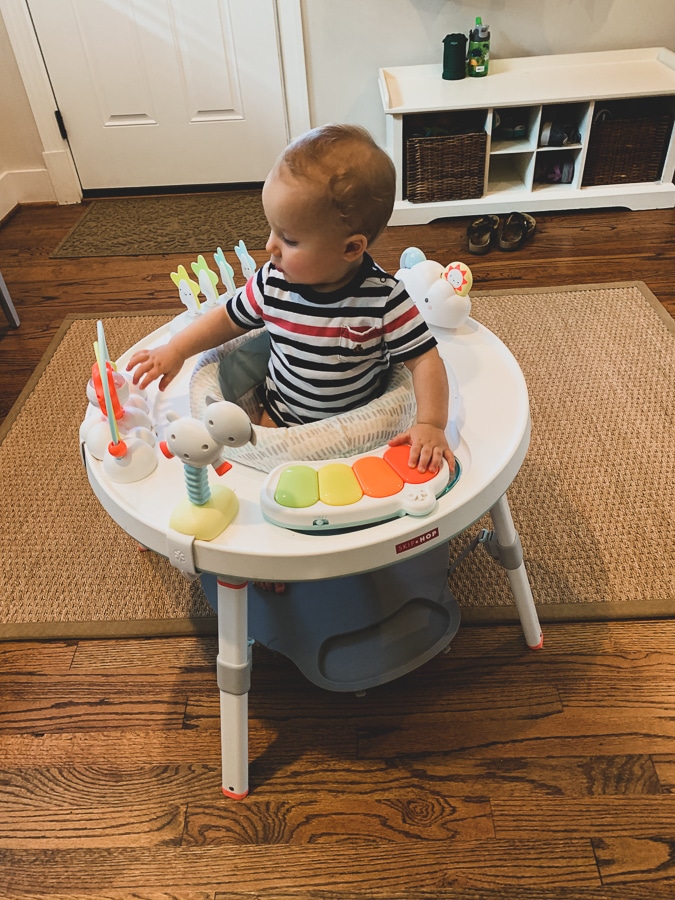 Mazen got his top teeth right around 13 months. When will B get his?! They look like they are starting to come down, but might still have a ways to go. 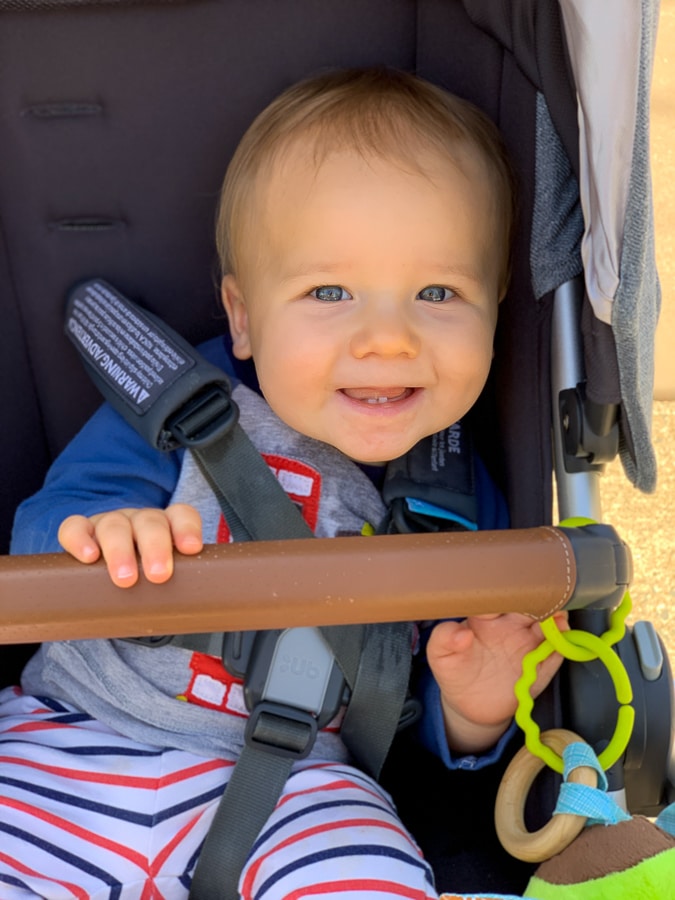 I love having a spot downtown that I can walk to for a juice. The Juice Place closed, and Corner Juice totally renovated the spot and opened recently. They have smoothie bowls, paninis, baguettes, and juice. I walked downtown with Caroline to check it out and had a juice plus a brie, prosciutto, and fig panini. 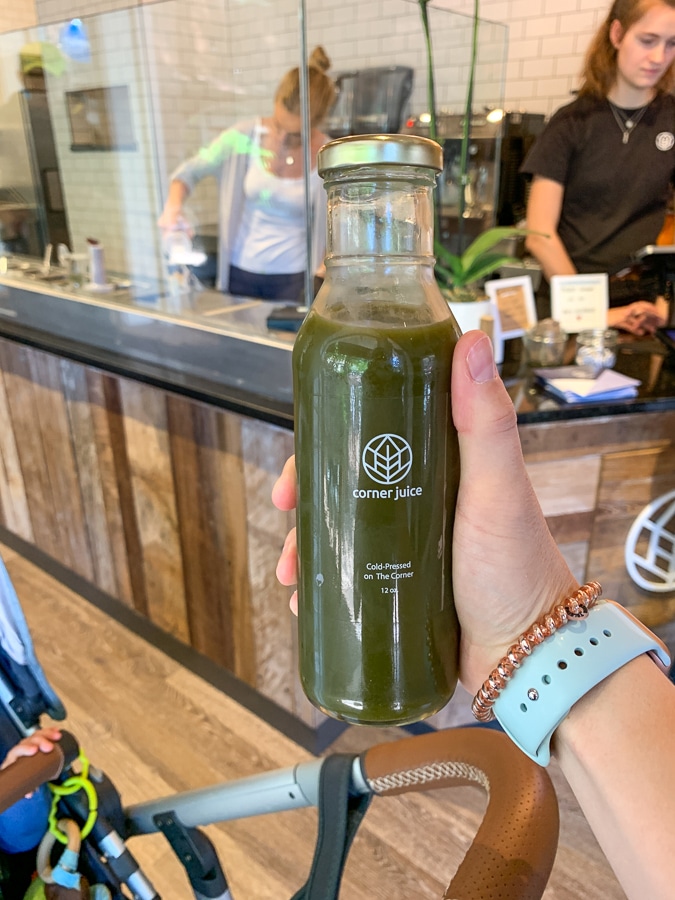 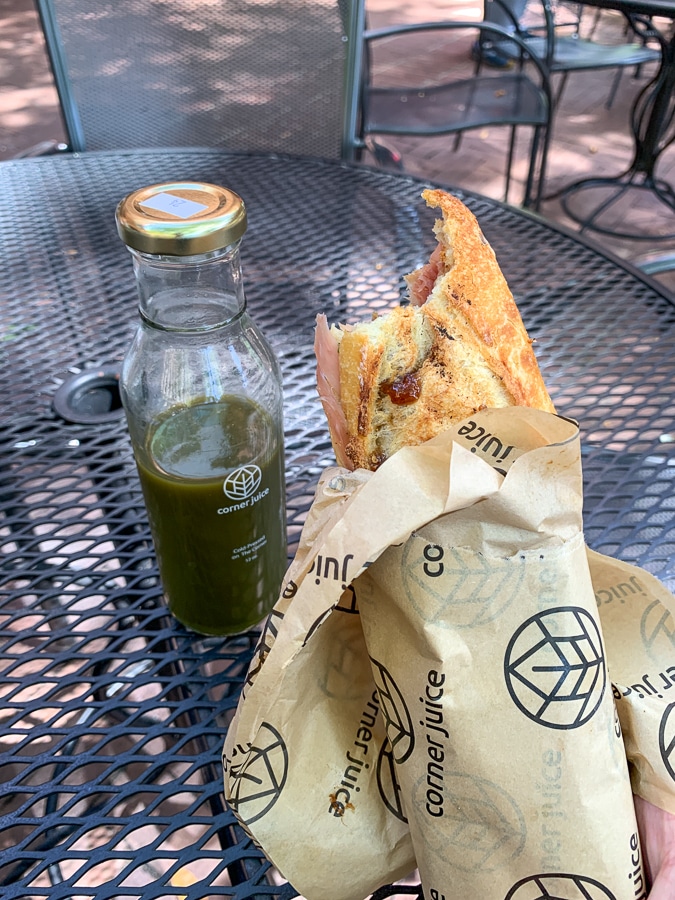 Birch’s whole face lights up when Mazen comes in the room. Probably because Mazen is always the loudest thing in the room 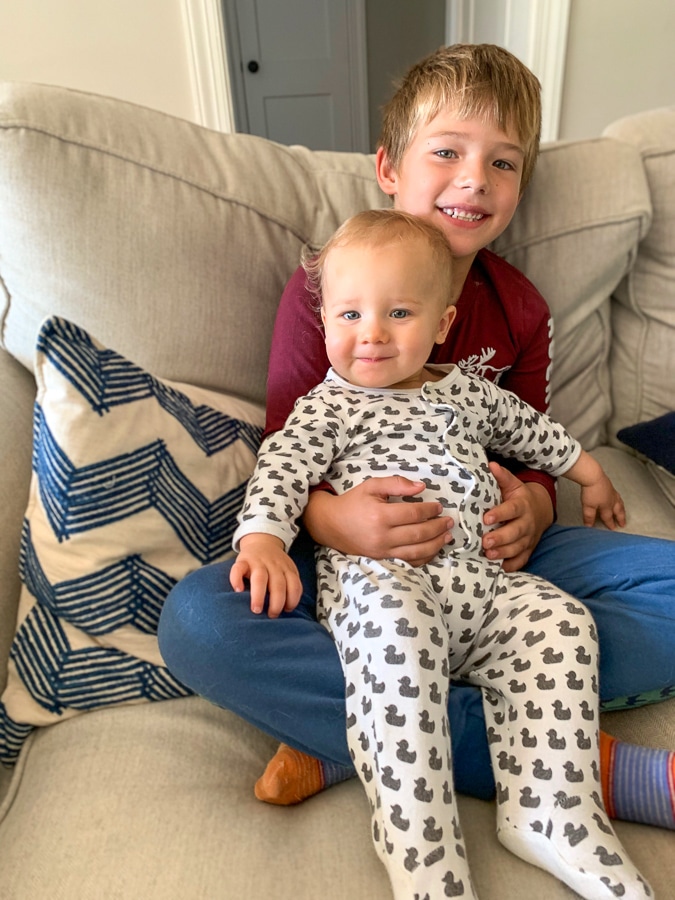 …we’re re-doing the back deck. This is the state of our roof deck. No one has even been up there to touch the railings and they’re falling off! So unsafe. They’re only a few years old too. Thomas’s company does things the right way, so we’re re-doing the deck – with some bells and whistles (!!) 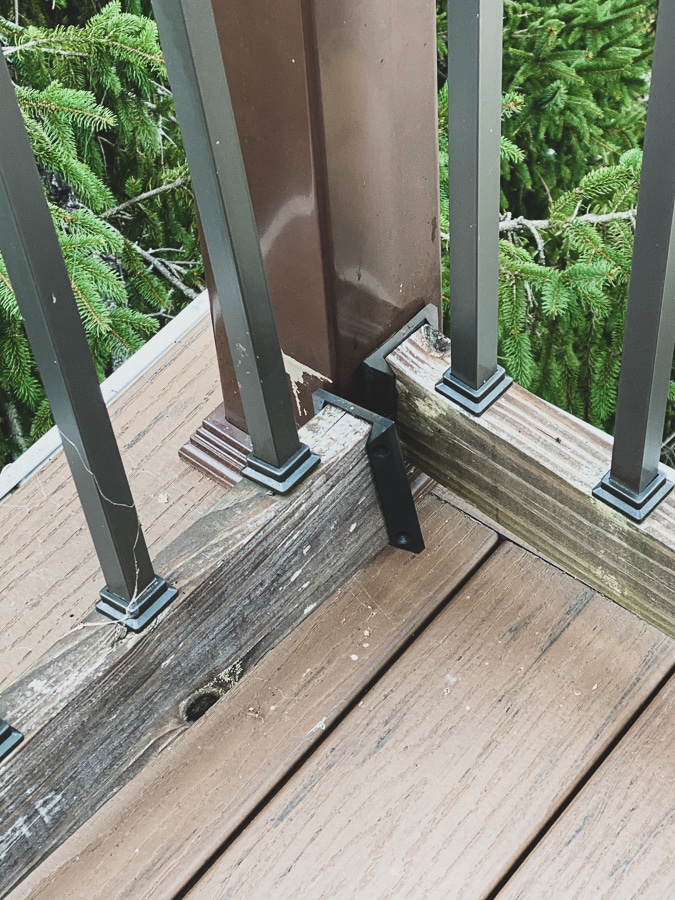 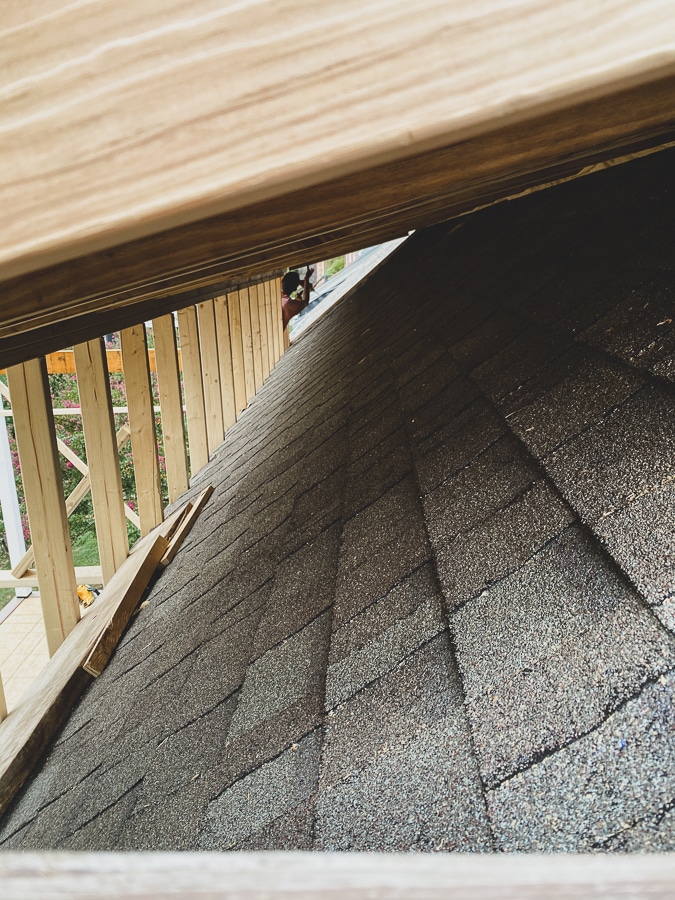 On the food front: Coconuts! 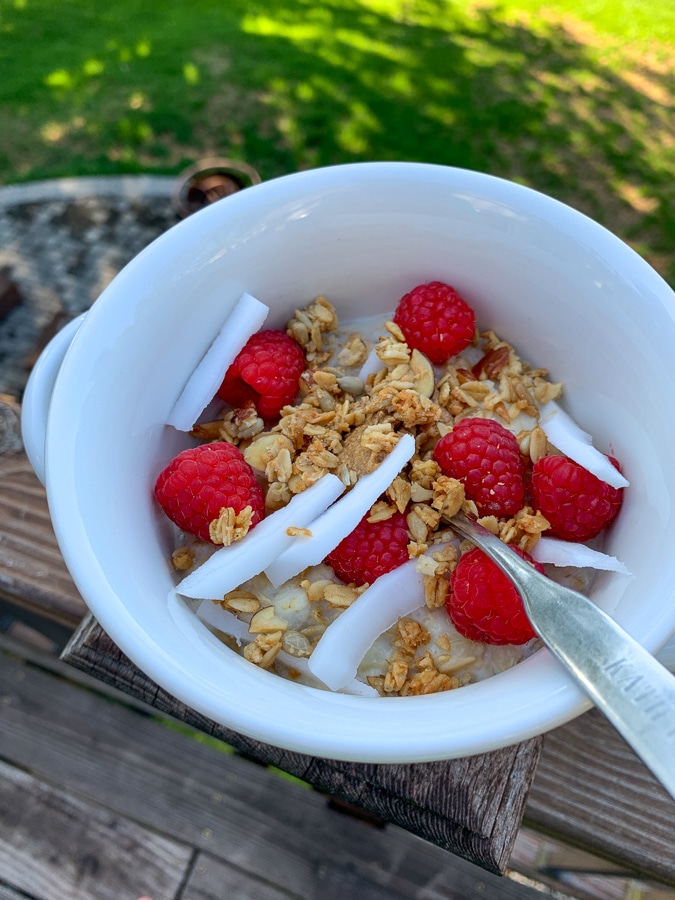