You are here: Home / Lifestyle / Unpredictable

I spent the day working at the bakery – partly trapped by rain, partly because it’s fun there! 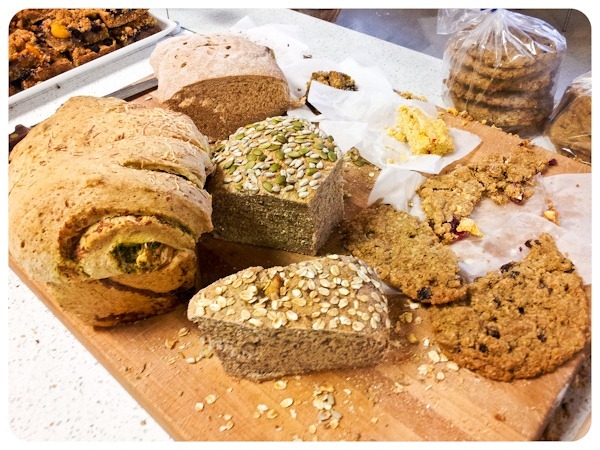 I try not to munch on the sweets all afternoon (which is hard!) and stick to a slice of healthier whole grain bread as a snack, but inevitably over the course of a long afternoon a few sweet samples go in too.

I started to feel rather run down and nauseous again as afternoon waned on. I wasn’t in the mood for the bean dinner I had planned, so I took a few blocks of tofu from our fridge to have instead. No idea why tofu was on my craving list!

When I finally got home at 6pm, I was totally wiped out. Headache, nausea, fatigue. I really feel like I’ve gone back in time to week 8! I’ve heard of this happening to pregnant women after a few good weeks, so maybe it’s just baby related and normal. Or jet lag…or a cold. Who knows!

Anywayyys…Matt was doing beer transfer stuff in his brewery, and I ended up falling asleep on the couch while procrastinating making something for dinner. He appeared a bit later and offered to put something together himself. So thankful. 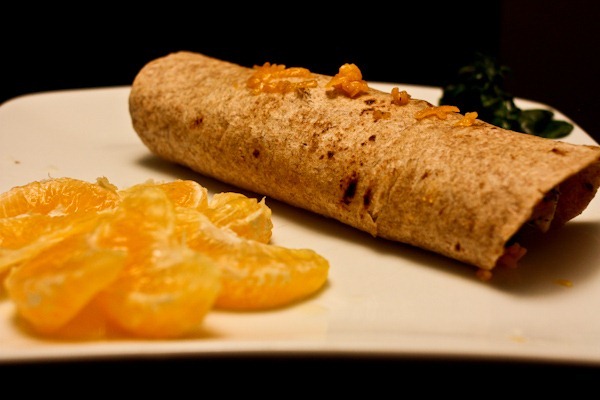 On the menu (upon my suggestion of available ingredients and current aversions) he came up with tofu + cheese + spinach burritos! [The spinach was not on my like list, but it snuck inside!]

This was absolutely delicious and just what my stomach needed! Such a thick burrito too. 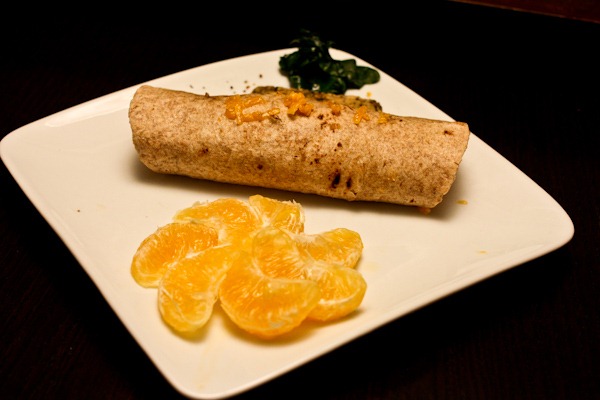 As I laid there on the couch while I heard him up there cooking, I thought that an orange would taste good on the side. Guess we’re soul mates because he read my mind! Can’t believe an orange appeared. I must have told him 5 times how exciting that was. He even took the photos for me <3 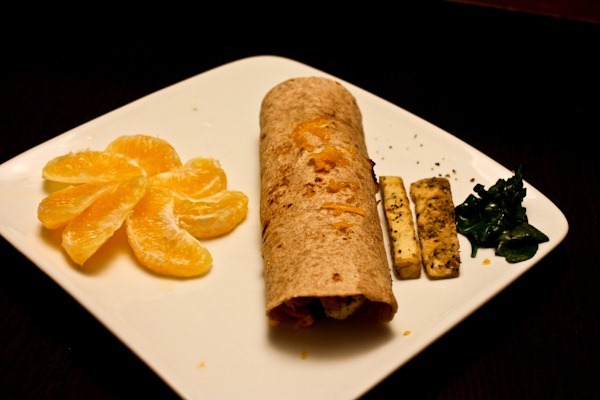 We enjoyed our feast with a few episodes of LOST. Season 4 is just as good as 3! 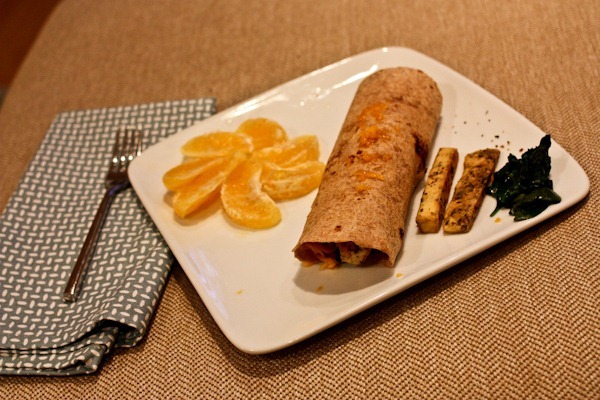 A while later, my stomach decided it needed MORE [i.e. growling] and all I could think about was cereal + milk.

I had a small mug of the same one I had for breakfast. While I was eating this, my stomach felt awesome, but as soon as it was over it went back to mild nausea. Go figure!? I think it’s so weird that I had my pre-pregnancy diet down to a T – to what would keep me full to the perfect balance. And now it’s all up in the air from moment to moment. 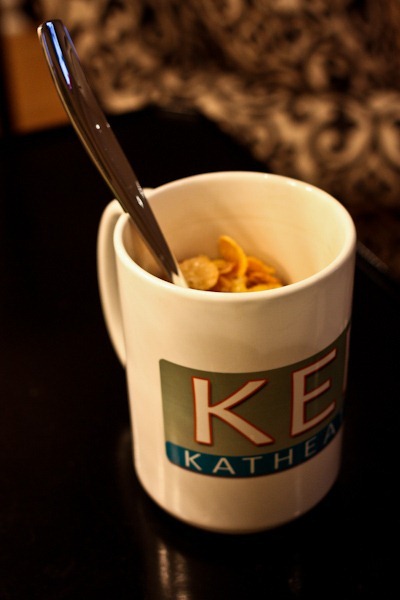 Can’t wait to climb into that bed of mine!