Other than a really odd and scary prank call (?) Larbs and I got last night, we slept well enough. We’re up and all dressed to head to the funeral. And just had a nice family breakfast.

I brought oatmeal, banana, Barney Butter, nuts – the whole shebang as I always do when I travel. But today Raisin Bran just sounded good!! And nutritionally it’s pretty comparable to oats, with a bit more sugar. 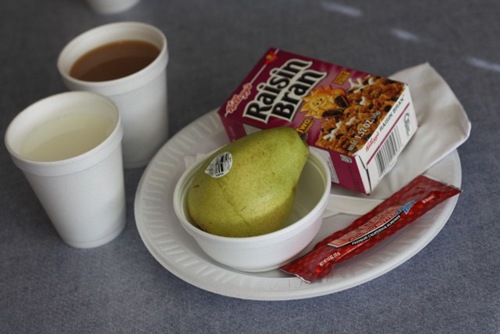 I sliced up a nice pear and PEARed it with Barney Butter (also shared some packets with the table!) 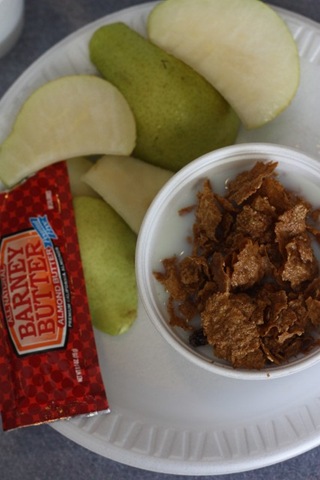 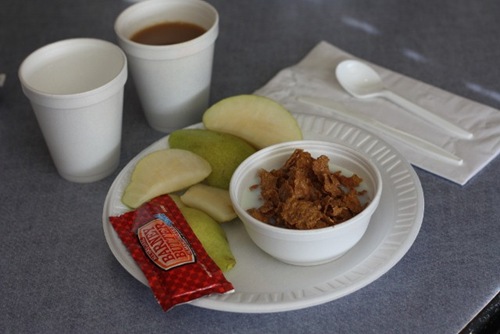 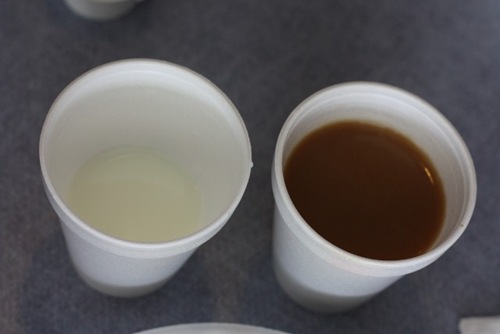 Mom munched on hard rolls (which she says are so NJ). Gram used to serve these with poppy seeds for lunch with Ruffles and a spread of deli meats and cheeses! 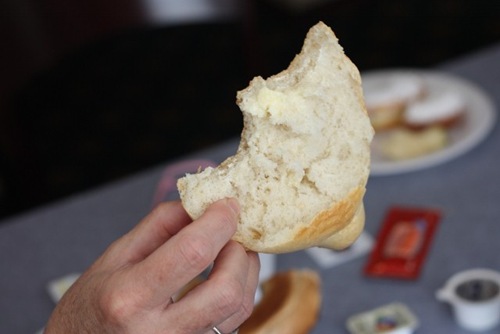 They also feasted on donuts! 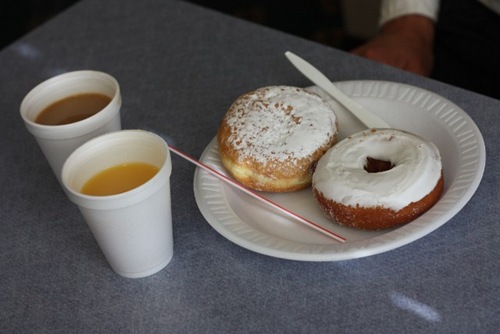 Excited to see the sunshine, but it’s FREEZING outside!! I had to go with the black hose for coldness and because the nude were 1) Rejected by the whole blog world and 2) Have runs in them!

Here is me, Larbs and Gram Halloween in the 80s! 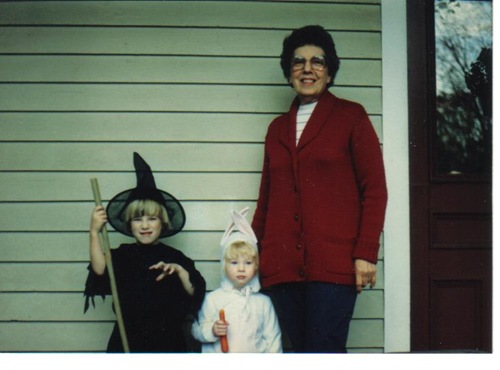