You are here: Home / Lifestyle / Thoughts On A Thursday 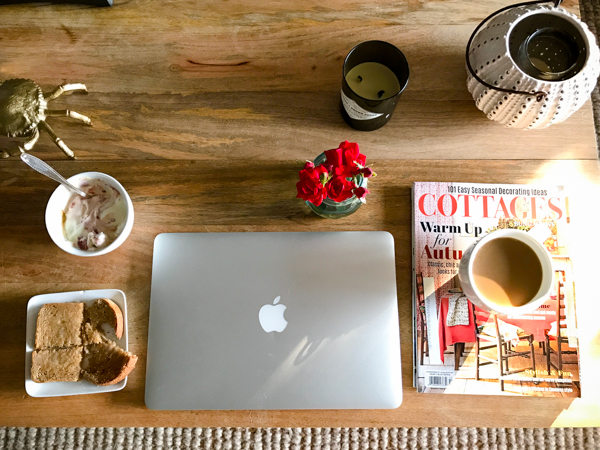 I think my sister started “Thoughts On A Thursday.” Or maybe it was someone else’s phrase? Nevertheless, her random thoughts are my favorite posts of hers. (And I like sharing my own too!)

Whenever I have a cold breakfast (smoothie, yogurt, etc.), I crave hot buttered toast to go with it. In fact, I think in general, I like to have something hot with every meal. I prefer my salads with a hot protein on top, too. It makes me think about this post on Gina’s site about Ayurvedic nutrition. I do believe our bodies (loosely) have different needs and cravings. (I think I’m a Vata, based on the activity and energy descriptions and what foods make me feel good.)

Did you see the new Apple Watch has LTE service so you can receive calls and texts while out on a run?! I am soooo tempted to upgrade to it, but at a few hundred dollars and with a $10 a month service charge, I think I have convinced myself not to. If I could add this to my current watch or if there wasn’t a monthly fee, I would get it! It would be great to be able to exercise without bringing a phone but still have music, the ability to text, or make an emergency call. …Or to go out to dinner and leave my phone at home when I’m wearing a dress with no pockets and don’t want to carry a purse! I absolutely love my Series 2 Watch and living without it would just not be the same.

I had some leftover sour cream (which I could eat straight from the container, if I didn’t know better) and mixed it into a sardine salad. Perfection! I loved the cool, creaminess that it added. It’s so much better than mayo – scooped on a chip with a pickled jalapeno! 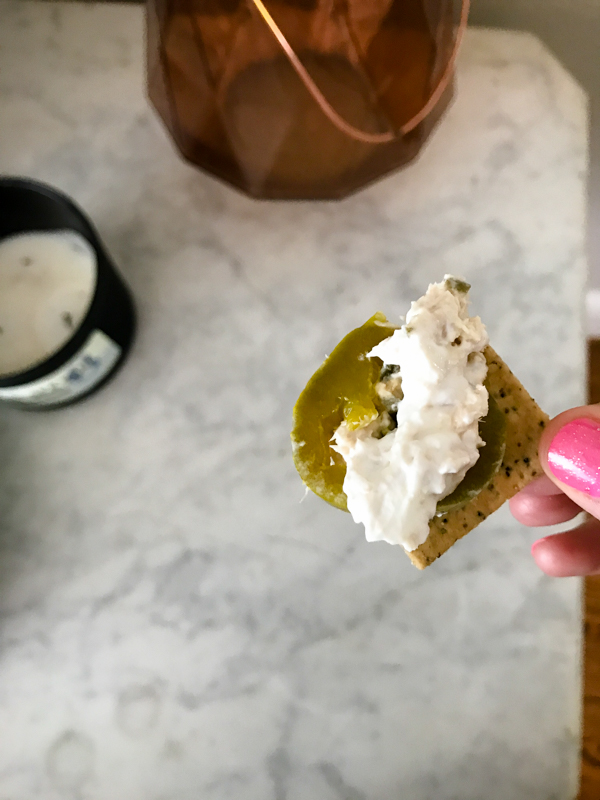 I am late to the game, but I finally caught up on Bachelor in Paradise. It was probably my least favorite season of it yet. It seemed like everyone was just so fake and just there for the fame, except for Taylor and Derek, but they were over the top. Taylor is not my favorite figure, going back to her Bachelor days, and I didn’t love Taylor and Derek together on BIP, but I thought his proposal at the end was perfection! 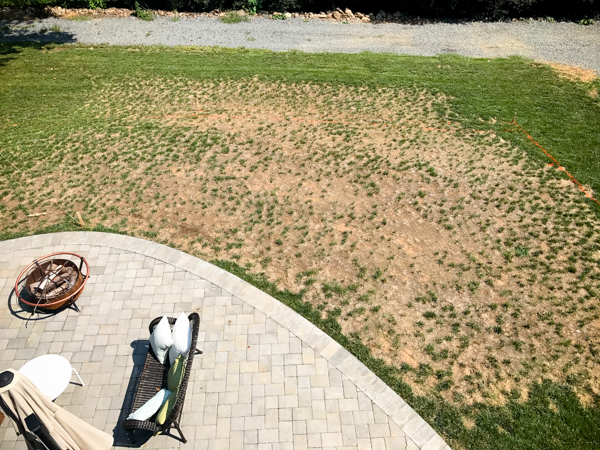 ^^That is the state of my sod. SOB for the SOD.

I really don’t know why it died because I watered it like crazy, but I think it was a combination of a very warm spring, poor soil underneath the fertilizer, and the steep hill. The hill is much steeper than it looks in this picture.

Thomas wanted to build a giant wall like in Game of Thrones. He is dying to build a retaining wall where that orange line is, to bring the yard up to level, which is what the grade was supposed to be like after the patio was built, but I think the hill morphed as it rained. Anyways, he had plans to DIY the wall himself, but the project started to get bigger and scarier and more urgent with fall coming, so we’ve postponed it to at least next year.

So, instead, he is bringing in tons of super fertile dirt and trying to get the grass to grow. The guy loves him some landscaping projects! You should see the front yard… 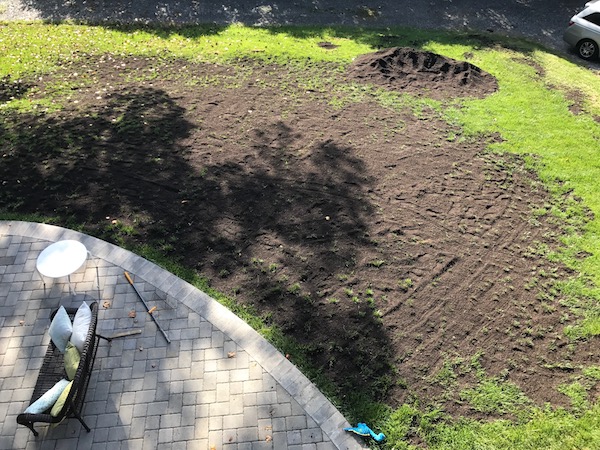 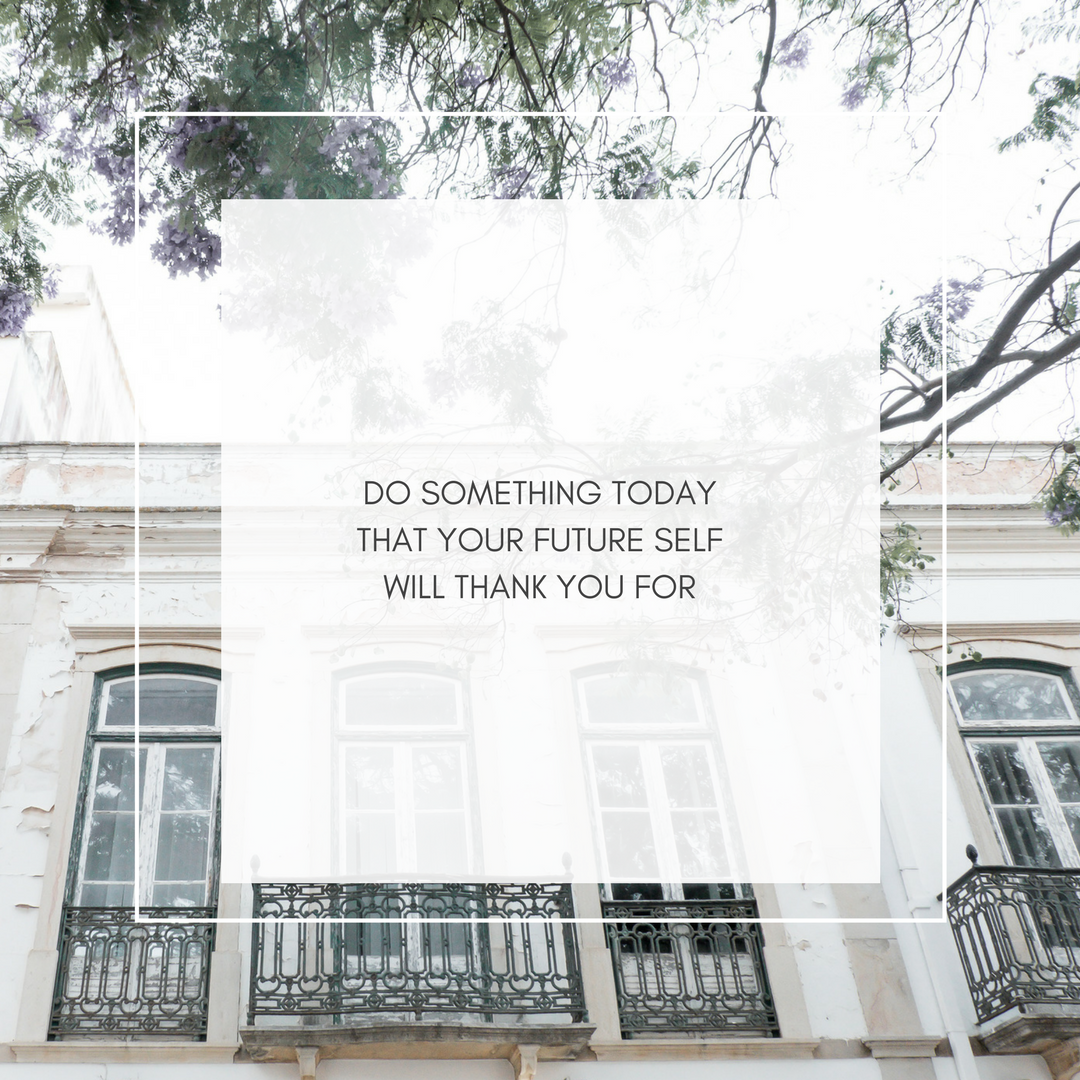