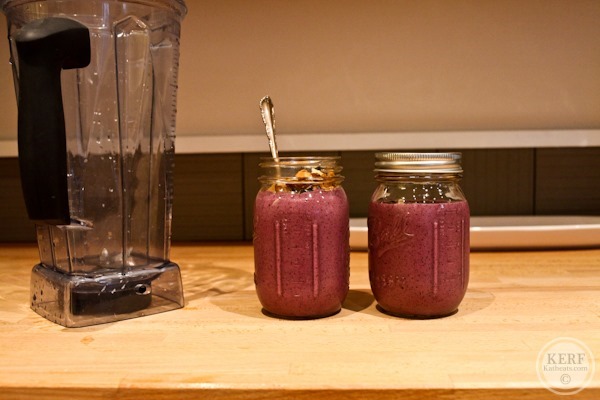 I really love smoothies – especially for an afternoon snack.

But I do not like cleaning my blender, easy as it is to do. Other afternoon snacks require no dish washing and therefore always win out.

But lately I’ve realized that like many other meals I make, I should cook blend once, eat twice! 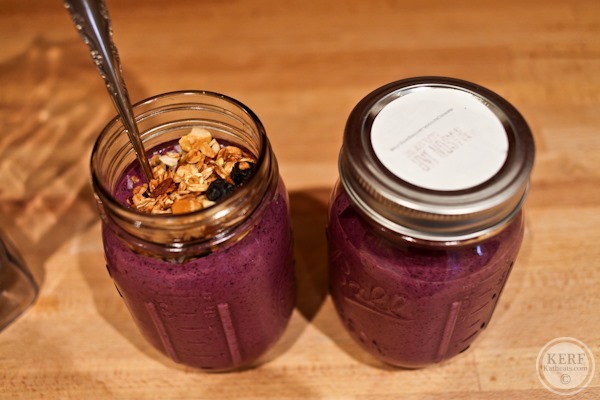 I’ve been making two smoothies at a time and storing one for later. The ingredients so separate a little, but they are very easily remixed with a quick stir.

This one was breakfast one day with a side of toast. 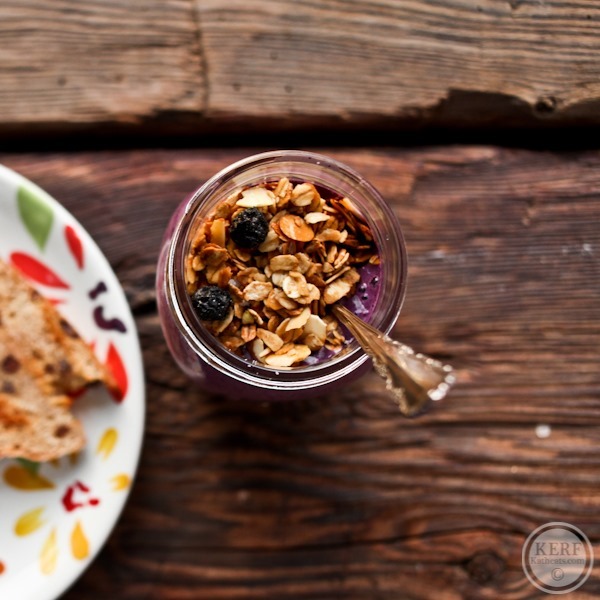 Two days later (I waited two just to see what would happen!) I had the second. This photo was taken after I stirred the separation back in. I didn’t notice a difference in texture or flavor at all from a fresh smoothie! 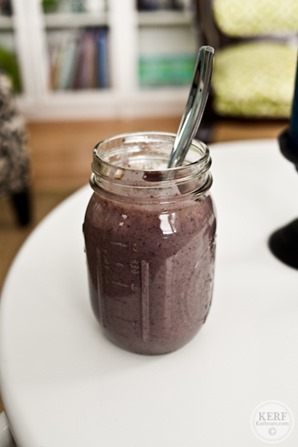 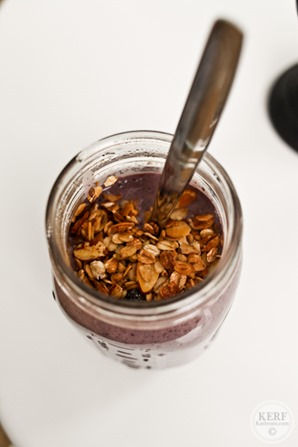 So save yourself some dish washing and double up that blending. 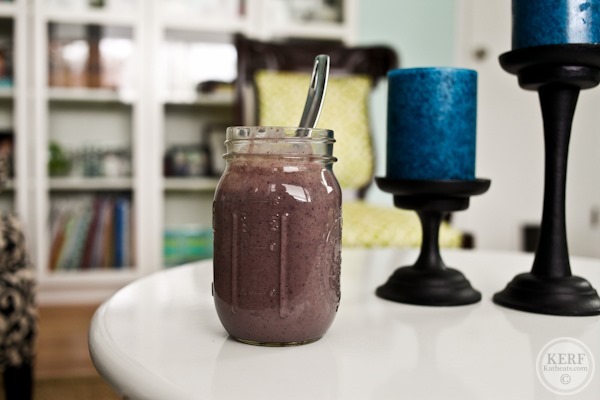