You are here: Home / Lifestyle / The Wet Washcloth

Yoga was amazing. So glad I went! Before going back to work, I don’t think I could have gotten up for a 7:30 class, but now that I wake at 5AM everyday, sleeping until 6:15 was sleeping in! 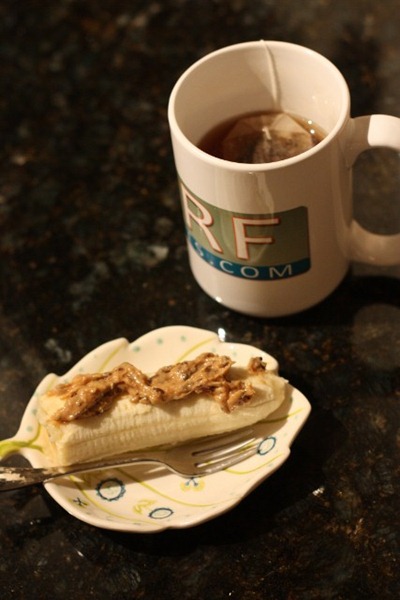 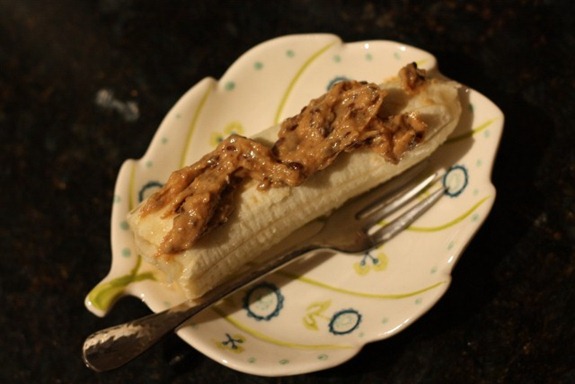 I went to Super Flow this morning. It’s basically hot vinyasa on fire! We did a really challenging flow of half moons, crescent lunge, triangles, standing splits, chatarangas, twists, and more 3 times. By the third time I didn’t think I was going to make it!

SO glad to be super sweaty again and tired and shaking after yoga. Thanks to Tanner!

I was thinking during class that exercise is so much more than what happens while you’re doing it. That is especially true with yoga.  My body feels just as tired after a hard vinyasa class that challenges my strength like no other workout than it does after a 7 mile run! Having worn a heart rate monitor before, I know that the whole "you burn 500 calories in an hour" thought isn’t likely to be true, but 500 calories total – during and AFTER and the rest of the day – I believe. Nevertheless, yoga transcends calories because the benefits go way beyond energy in vs. energy out.

When I got home I showered and then broke out the ole juicer: 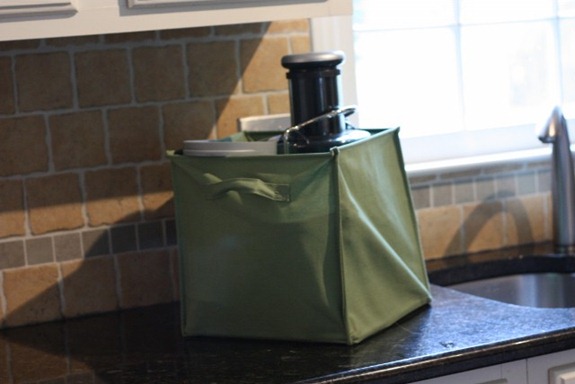 Today’s blend was 4 kale leaves, 1/3 a huge English cucumber, 2 celery stalks, a carrot and an orange. 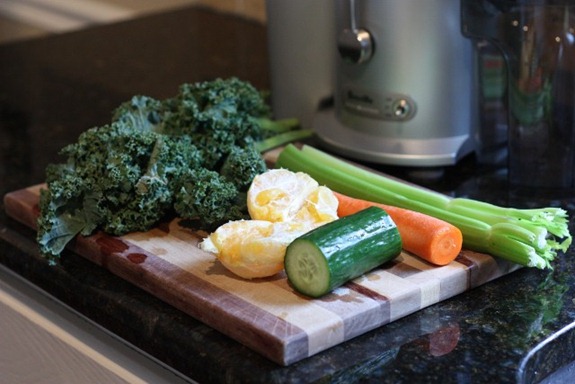 I wasn’t crazy about the celery taste, but I have grown to LOVE the kale stink! 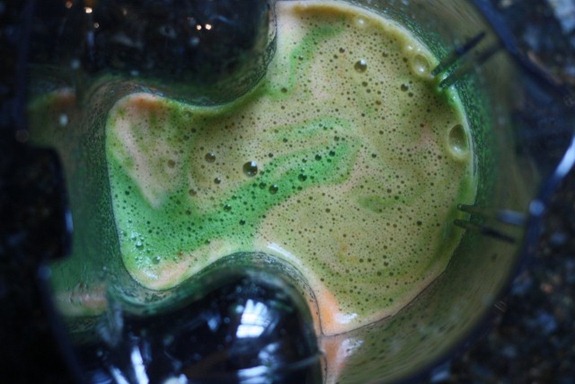 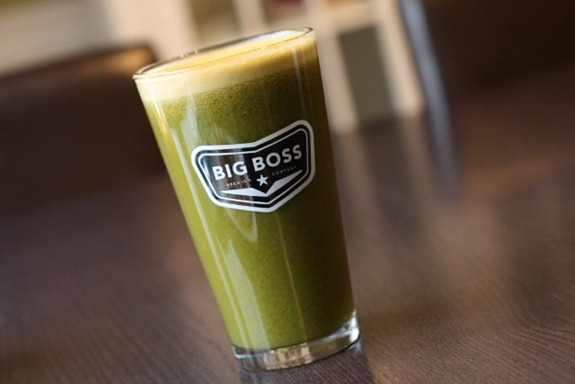 I also got to try a new product: Kodiak cakes!!!! Having seen this mix on Jenna‘s blog, I was thrilled to try it out myself. It’s 100% whole grain and formulated so that you just have to add water! There is dry milk, eggs, leaveners and honey already in the mix. 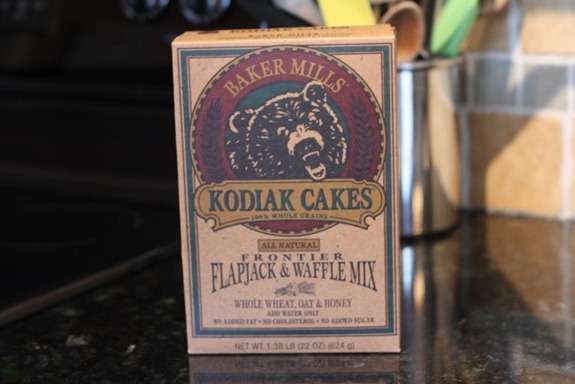 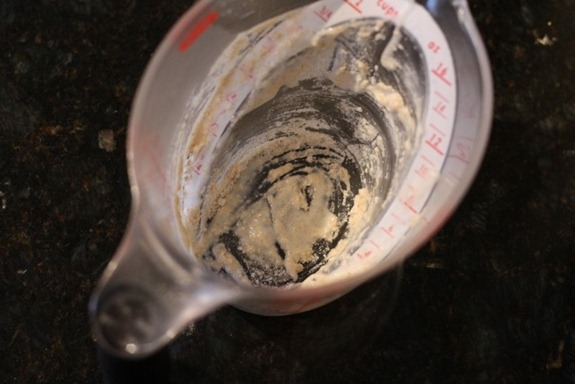 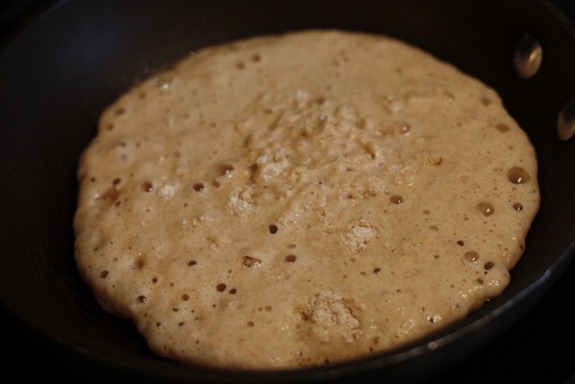 It cooked PERFECTLY. I like making pancakes from scratch, but knowing that the mix has all the right proportions means an easier cook 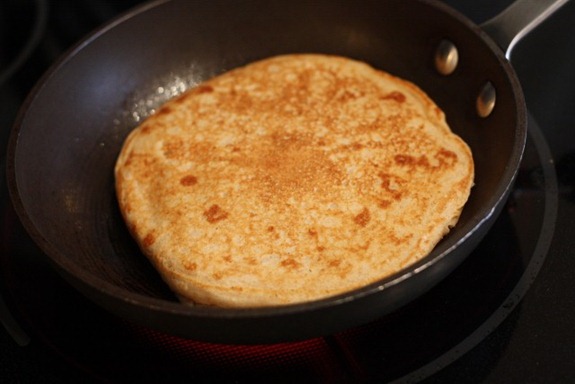 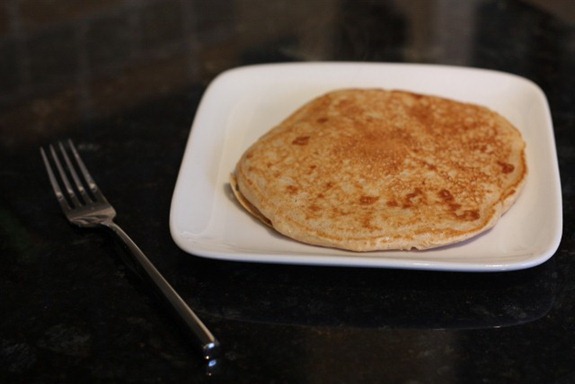 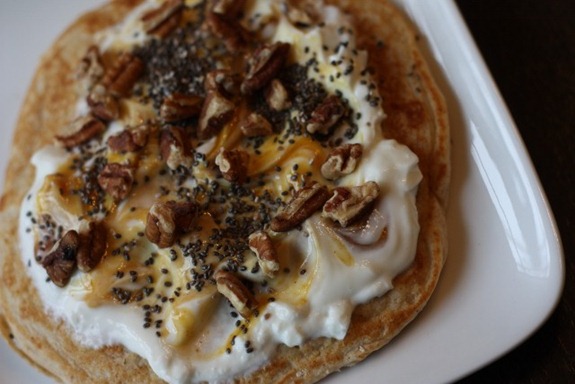 The pancake was so fluffy!! I can’t believe it’s whole grain. And so easy to make that this might become a weekday menu item. 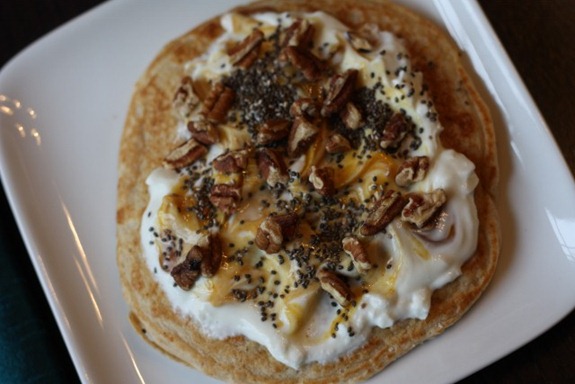 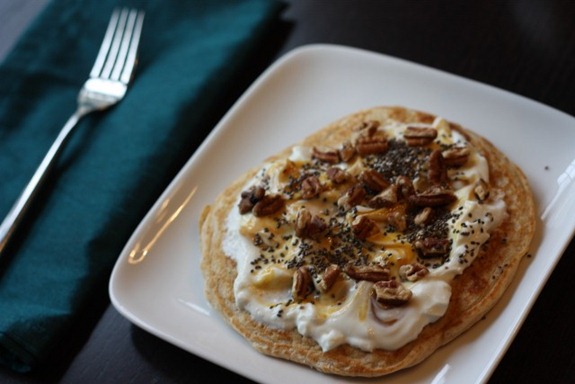 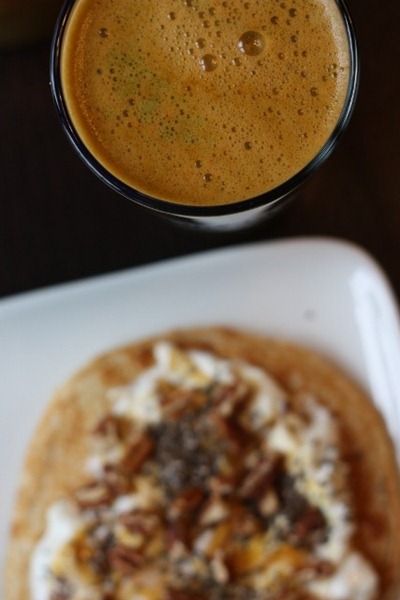 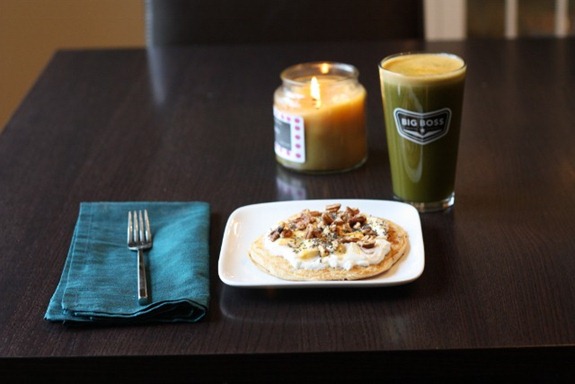 Conference call in a few! Then fun times + massage.