You are here: Home / Lifestyle / The Traveling Oat Chef

We had quite the exciting morning visiting with Nate for our run + oatmeal lesson. Kate of Kate + Nate is in Illinois for the next 3 months for work, so we were glad to give Nate and Gilbert some company. (We missed you Kate!!) Nate is perhaps the wittiest guy I’ve ever met, check out his blog: Yourself In Five Years.

We scheduled the run for today because the forecast said 60* and sunny, but what we woke up to was dreary fog and misty rain. But with with the help of an adrenaline spike from the promise of an adventure, we were able to rise at 7:30 and get on the road by 8:15 to Nate’s.

But first, I decided to have a snack since we had quite a lot of exercise ahead of us and my stomach was a bit grumbly. I decided to try one of the You Bars that I was sent over the holidays to try. Today I had Zeke’s Bar! 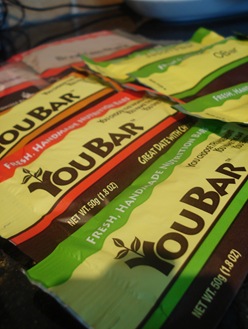 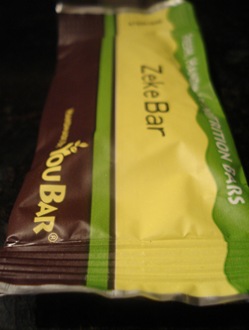 It was one of the smaller bars and contained: Cashew Macadamia Butter, Dates, Agave, Pecans, Whey Protein, Cocoa and Coffee. And it tasted just like the coffee Clif Nectar Bar, which I love! 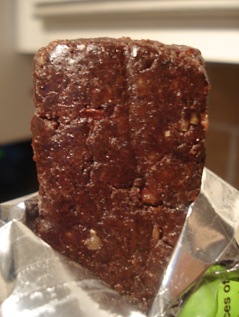 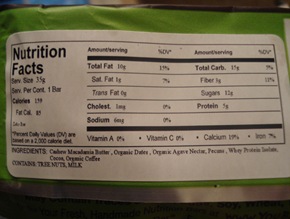 And then we were off. It was a miserable ride to Nate’s – 5.1 miles of mist and cold. I had to trade gloves with the husband mid-way to the more advanced biker’s gloves because my hands were freezing. But we made it, nice and toasty warm inside and ready to run. Nate + Kate live right on the cool new greenway so we just hopped right on. We ended up doing about 4.75 miles. Nate’s been reading up on food blogs so we had a lot to talk about!!

When we came home he put out a lovely appetizer of fruit while we all showered! I had about a half cup of fruit all morning. 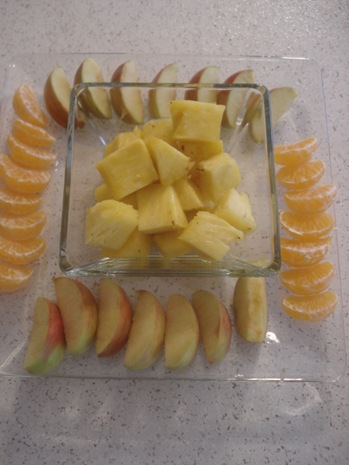 And had the table beautifully set (Kate you would have been impressed!) 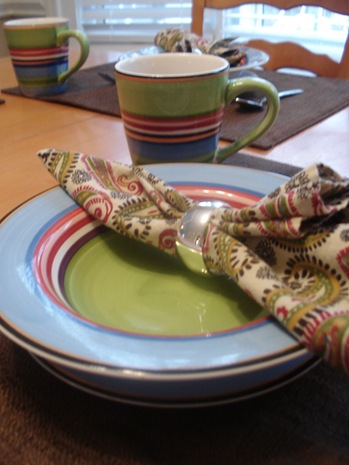 I also tried one of his gummy vitamins 🙂 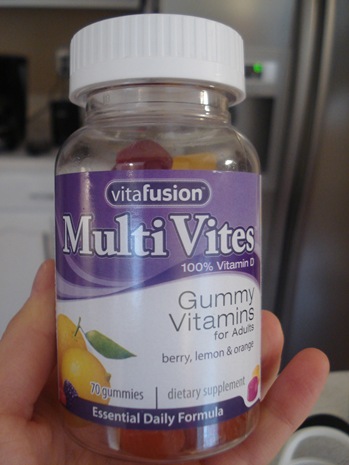 We were in for a treat because he bought thick rolled oats for the event! They have extra chew. 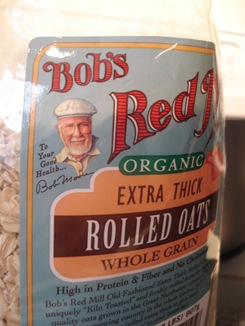 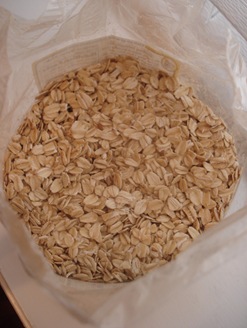 So I set to work on the oatmeal lesson, showing him the whipped banana technique. Hopefully he’ll try it on his own soon! 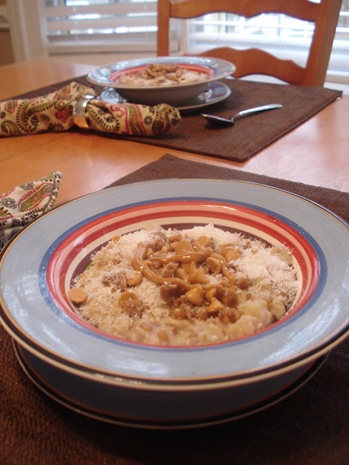 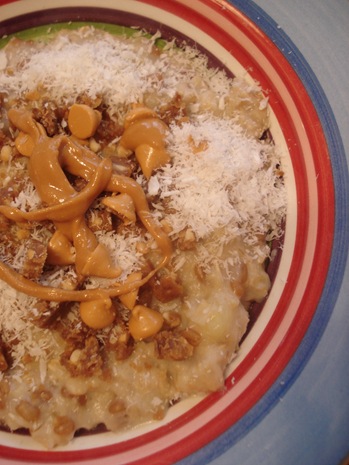 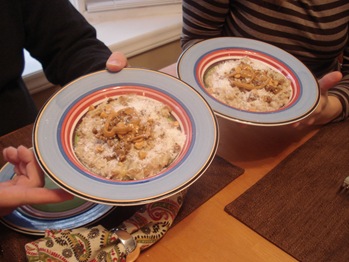 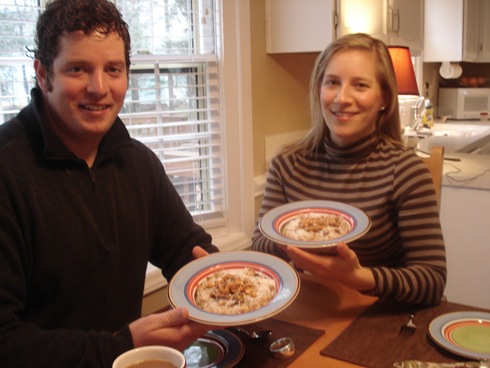 But much to my horror, he copied the husband and mixed it all together after a few individual bites! To each his own 😉 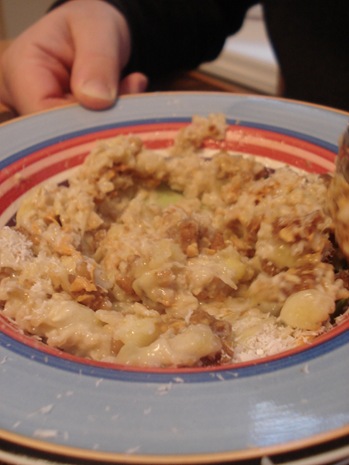 I think Gilbert enjoyed licking the bowls the most 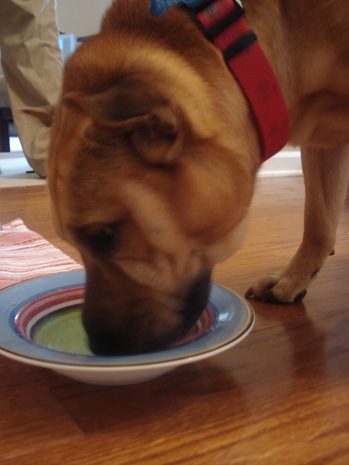 Thanks for having us over Nate!

The ride home was just as miserable as the ride there, but at least it had warmed up a bit. The husband is annoyed with me because I am refusing to bike 6 more miles to the movies and back this afternoon. But having already biked 10 miles in partial cold rain today (and ran almost 5), I am not up for it!! I told him if the sun comes out by 1pm I’ll bike, but the sky does not look promising – 15 minutes to go!

I’m not sure what to do with my eating schedule today. I feel the slightest bit hungry. I think I may pack a sandwich to have at the movies, or maybe just a snack and have a sandwich at 4pm? Our dinner reservations tonight aren’t until 8pm, so it’ll be an interesting day.

Hope your sun is out!