You are here: Home / Lifestyle / The Proper Way To Slide 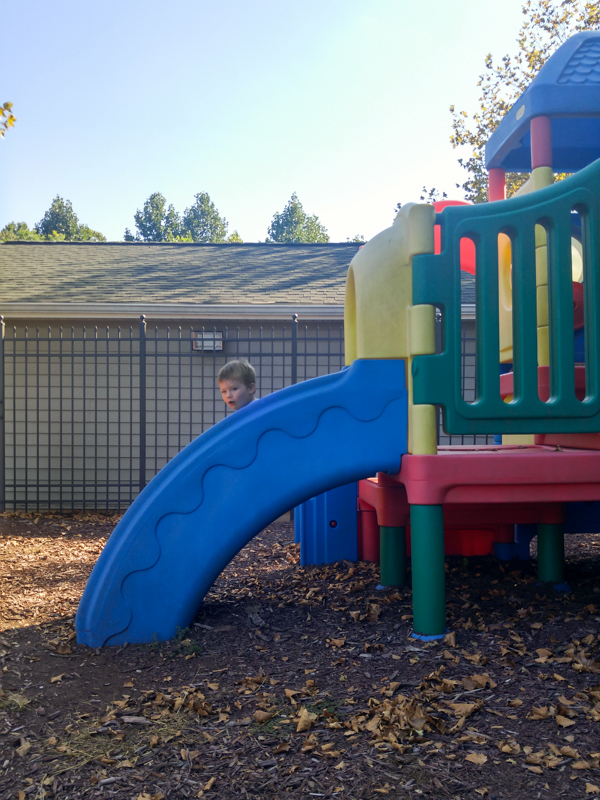 In contrast, do not try this at home. Little rebel. {He was actually only inching down – no danger.} 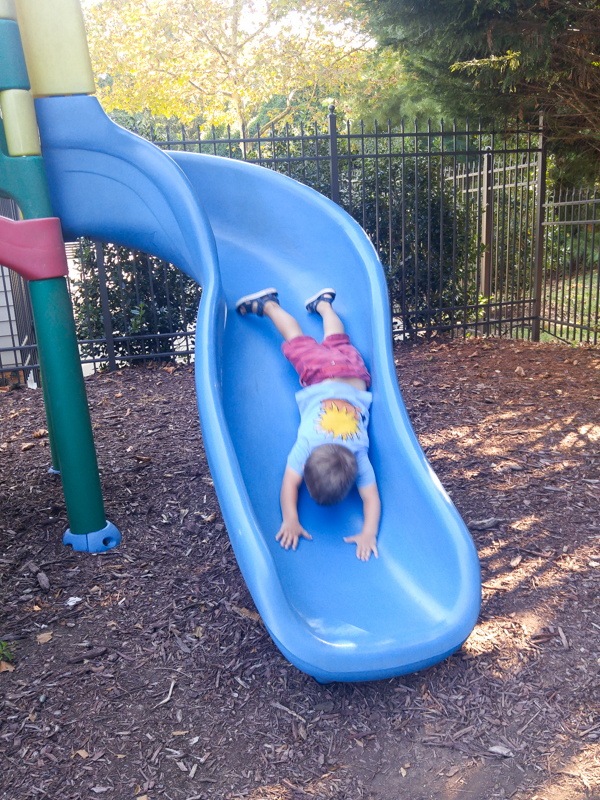 Hope your day is starting out sunny side up! I put a slice of Apple Scrapple bread in the skillet with my egg over some butter – it turned out perfectly golden and crispy. Served with the last of my raspberries! 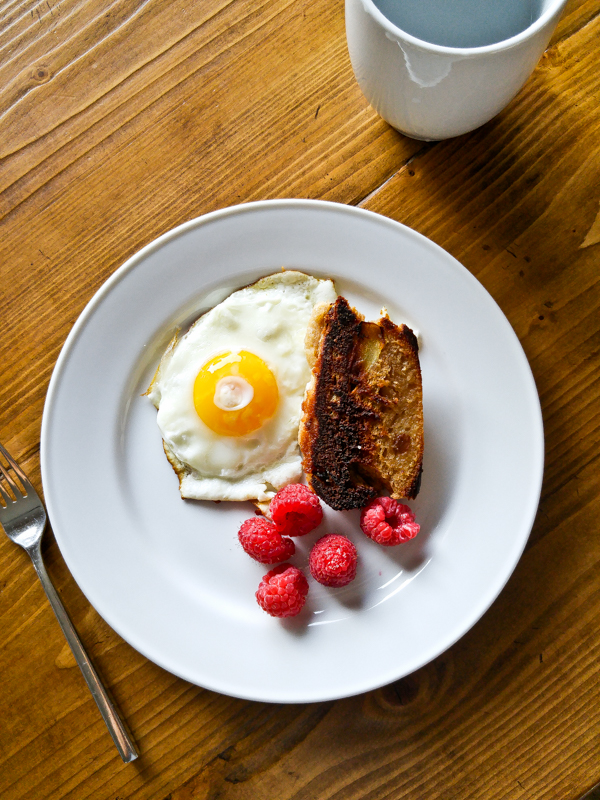 Lunch tasting plate – smoked salmon, leftover squash and kale, blackberries, grapes. Mazen requested green grapes at the grocery store and hasn’t touched them since, so I’ve been eating a lot of grapes for snacks. 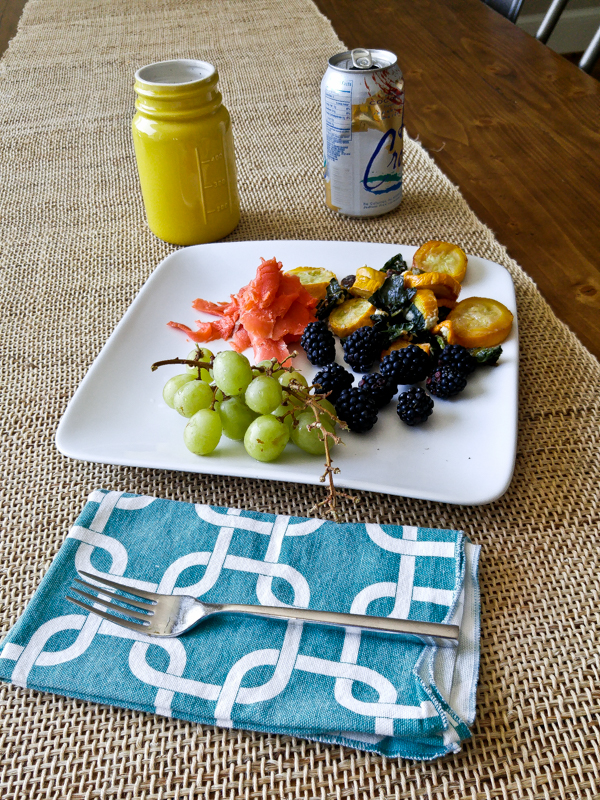 Leftover pizza for dinner with a tomato salad in a fresh basil dressing. Discovered our lettuce was on its way out at dinnertime and had to improvise! 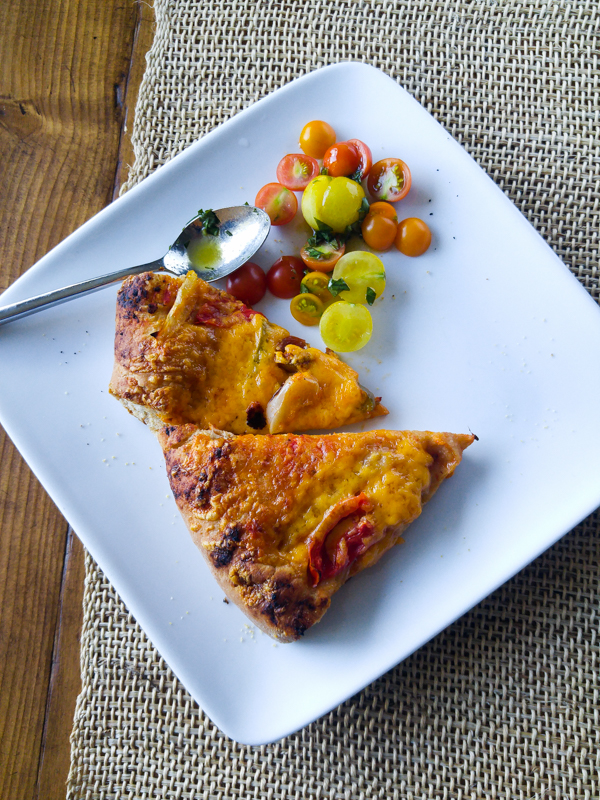 Here’s some news: we are potty trained. Suddenly and unexpectedly. Without going into too many details, I started talking about the potty about 6 months ago during every diaper change. I talked it up, explained it, told him all his friends were wearing underpants, etc. I was in no rush to get out of diapers and know with boys it can take forever. I also had no interest in doing messy bootcamps that ended in battles. We practiced on the potty a few times with chocolate chip bribes, read books, and talked about it a lot during that time. And one day, just shy of his third birthday, he decided he wanted to wear underpants and that was that. We had our share of wet accidents for about a week, but those aren’t that big of a deal and he learned the ropes quickly. Luckily we have only had the other kind of accident once. The kind I was dreading most. Knocking on wood, but this process I had been so nervous about turned out to not be that big of a deal after all and relatively quick.