You are here: Home / Lifestyle / Teens

I feel like a teenager this morning – slept late (until almost 9!! But we did go to bed at midnight after Olympic watching – yay for Michael!), ate pancakes, lounging around. I’m sure I’ll start feeling more grown up when I get started cleaning the house and grocery shopping, which are on today’s agenda. We’ve got a cloudy, rainy day here, which probably explains our lazy moods. I was hoping for a bright sunny morning and to run first thing, but I don’t force rainy day exercise, so I’m saving a workout for when the gym opens, or perhaps a late, late morning run.

I wanted oatmeal today, but the husband said he wanted something different so we decided on pancakes. We realized we only had about half a cup of milk left, so that dictated the recipe. I decided to try a yogurt-based approach, and they turned out perfect!! The lightest, fluffiest pancakes I’ve made in a while. 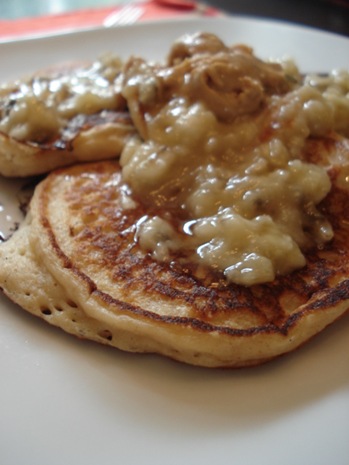 I drank a cup of Fresh Market Tiramisu coffee while I cooked – EXCELLENT!! I really liked it and it really did taste like tiramisu. I could probably drink this unsweetened, which is always a good sign of a good coffee. 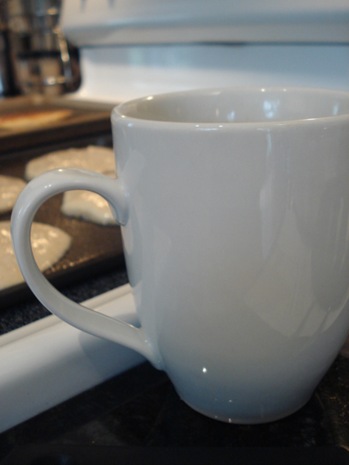 I had about 1/3 of the recipe, plus a tbsp of PB and half a large mashed banana: 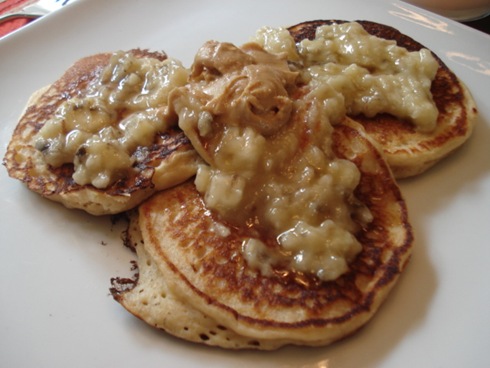 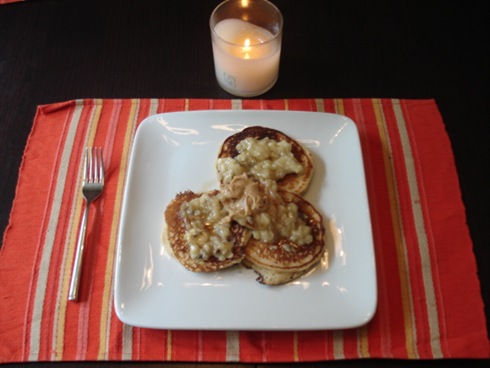 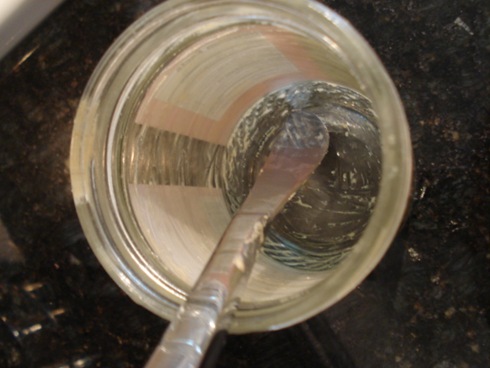 Hope your Sunday is sunnier than mine!