You are here: Home / Lifestyle / Sweat The Small Stuff

Since we received them as wedding gifts, I have had the same two green throw pillows on our bed because they match all of our various green patterned pottery barn bedding. (See them in this post, which is hilarious to read due to the bears!)

So today when I was changing the sheets, I spotted a pair of pillow covers that my dad bought for me at an auction a year ago. I hadn’t put them on the bed yet because they didn’t exactly match the green bedspread. But today after I put on our white one, I thought the pillows would look great, so I put ’em on. 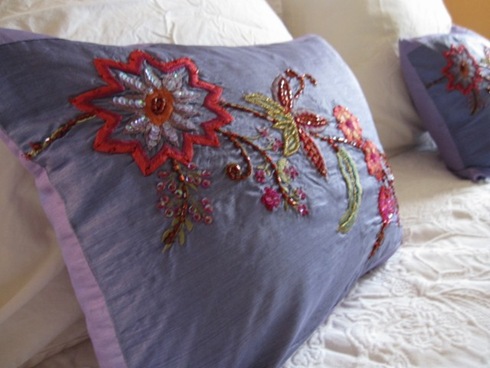 And now I can’t stop thinking about them!!!!!! They made my day before it even began! 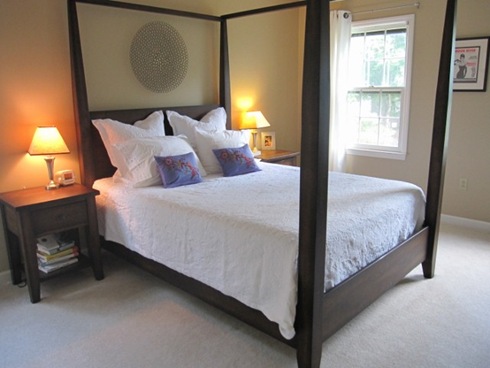 So my point is, changing something small about your house can lead to a fun boost in mood 🙂 Sometimes I just move a single plant or frame and have fun enjoying the change all week.

Breakfast made my day too! 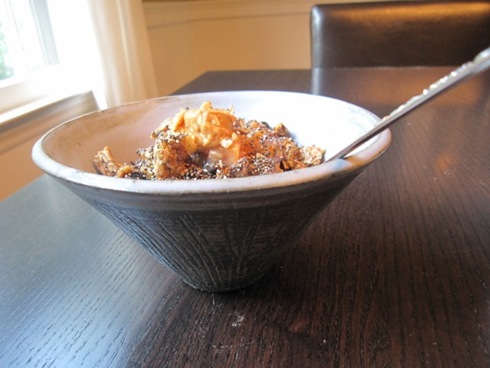 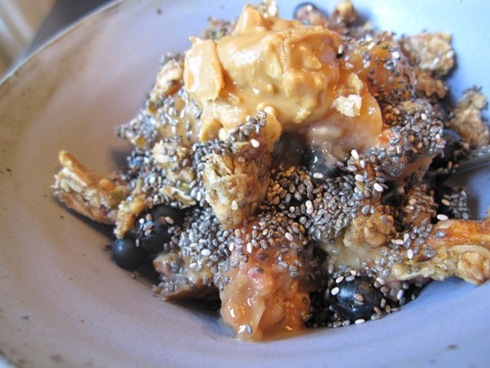 I topped an Oikos with some leftovers of Ashley’s peach crisp from Tuesday’s dinner party (recipe can be found at comment #23 in this post: Cause Its Ladies’ Night) along with a bit of her ota.bar leftover from the movies last night, blueberries from the farmer’s market, chia seeds and Barney Butter. 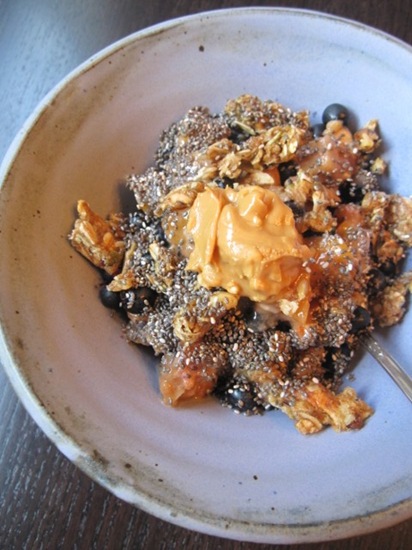 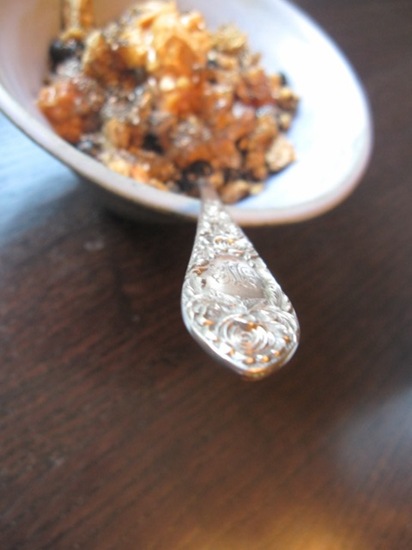 + Charlottesville coffee, which left me rather buzzed 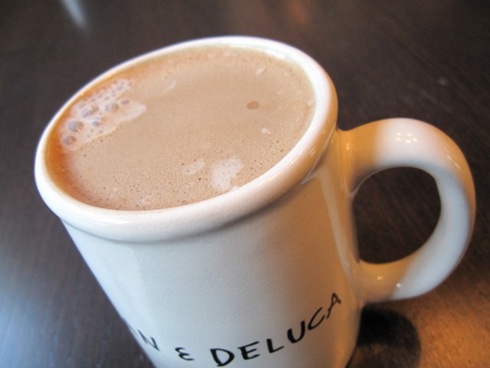 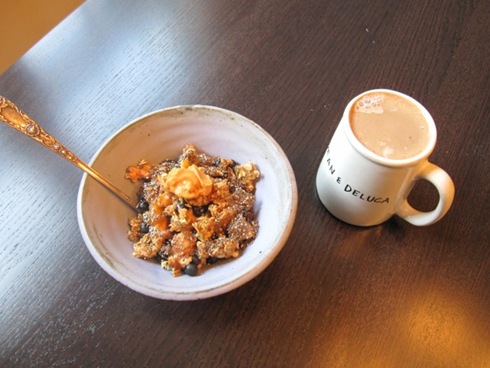 Anyone have any tried and true cupcake recipes with a fabulous buttercream icing??

Matt is volunteering this morning at Great Harvest for Animal Kneads Day. I’m going to visit by bike in just a bit – 6 miles each way. Not sure what’s in store for this afternoon. I’ve got some work to do and he’s brewing brew with his cronies. I might leave the house to avoid the mess! Karen’s coming over for dinner.