You are here: Home / Real Meals / Summer Kick Off Week 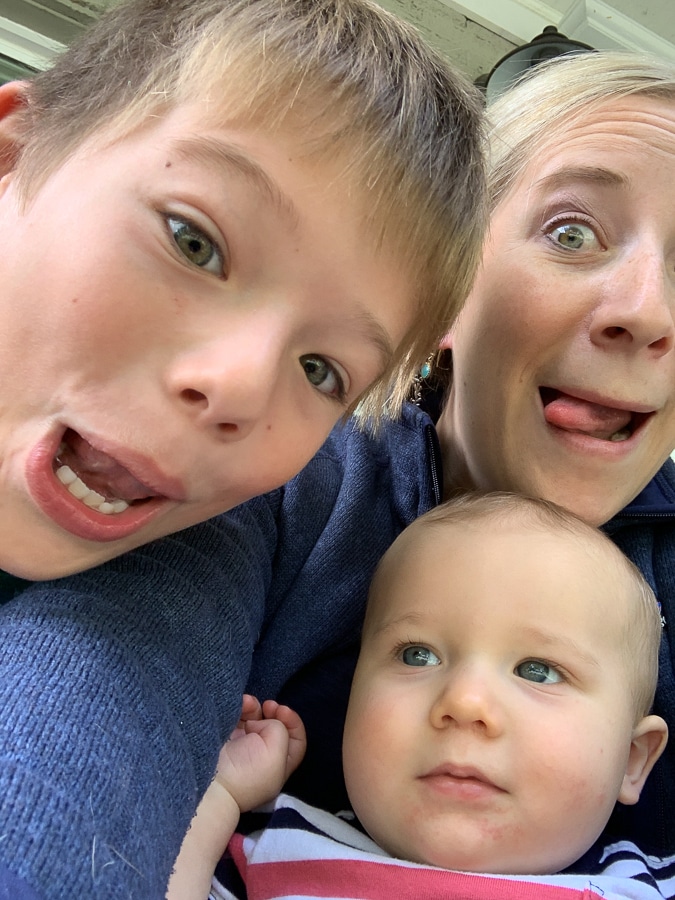 Trying to get Little Birchie to smile!! 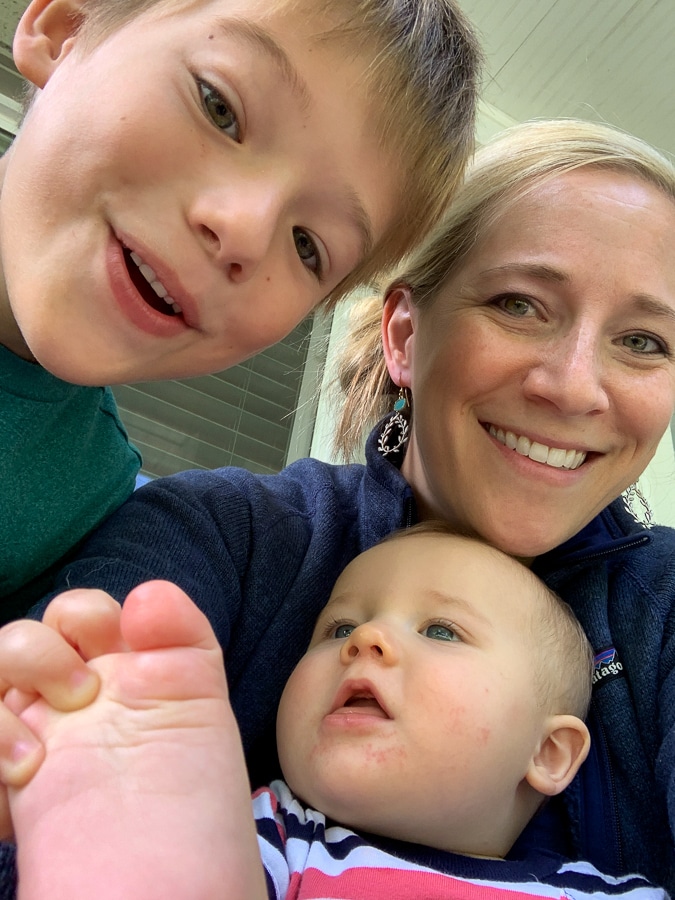 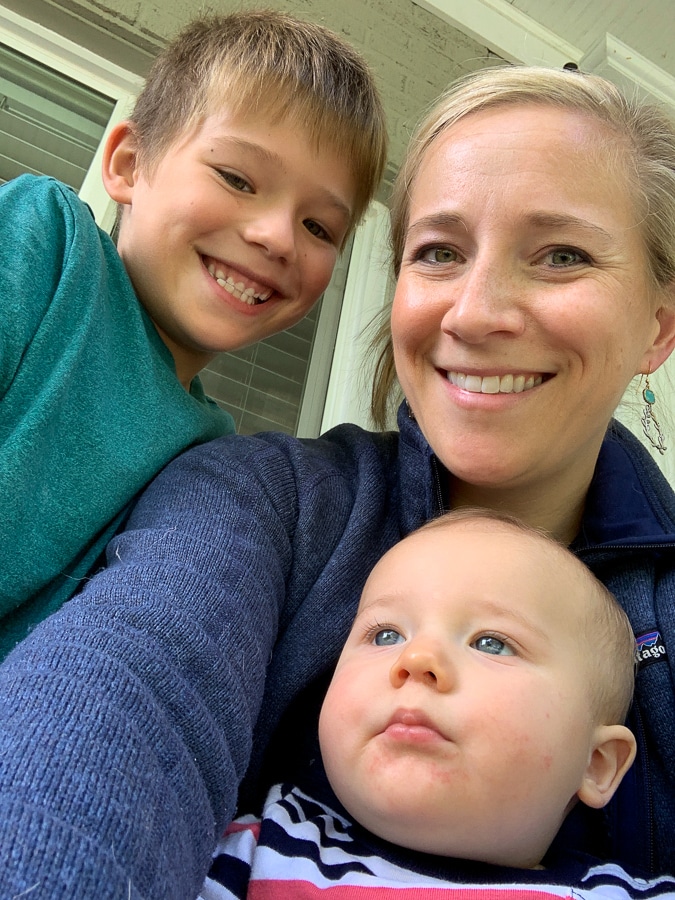 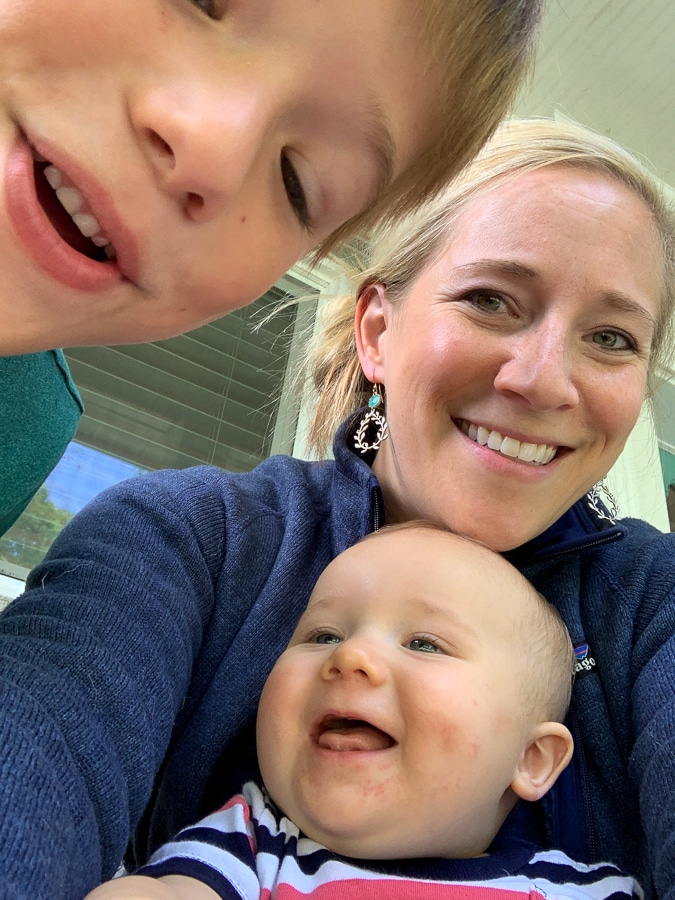 Mazen will be doing three different camps this summer (one of them is a grandparent camp in the Adirondacks with Karen!) But before his busy summer of fun began, I wanted to give him a week with no plans so he could veg out, 1990 style. While it was a little more chaotic than normal having him home a lot this week, it was also fairly relaxing. I shifted my schedule around so when he was here I was “just” a mom, and it was really nice that he didn’t have to get up for the bus at 6:10am! He came into my room on Wednesday and proclaimed that he “slept in like a teenager” until 7:30. 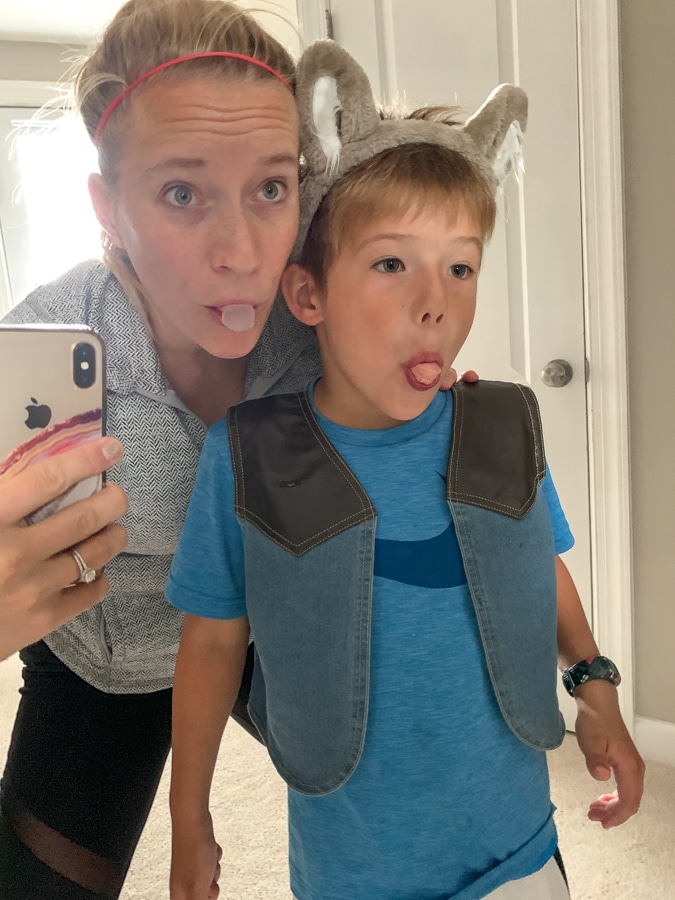 Matt and I took him to get his passport renewed on Tuesday. (That vest!!) 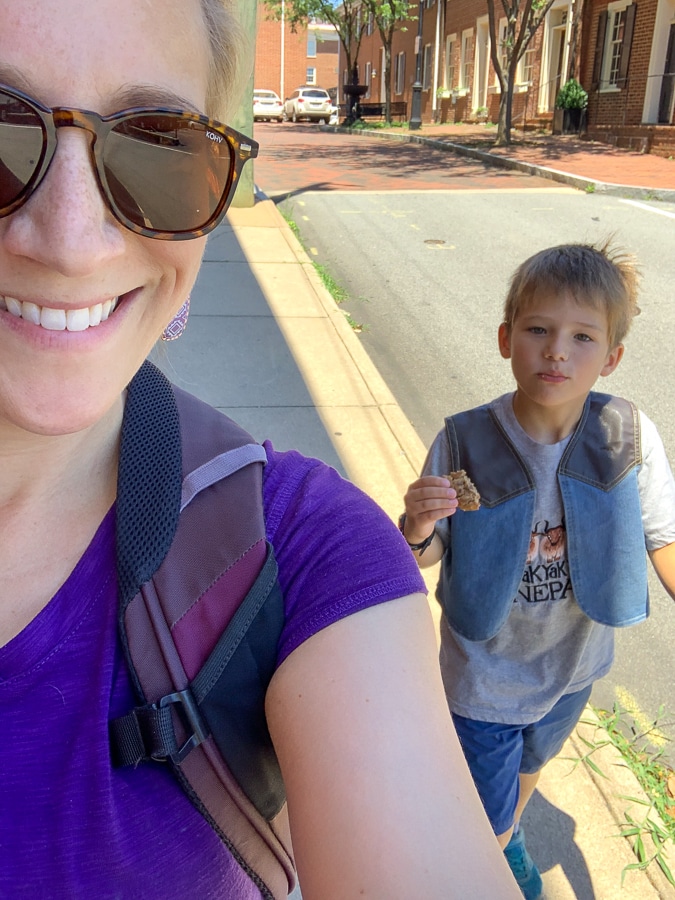 He was also very helpful with Birch! This was the Brothersitting scene while I took a shower: 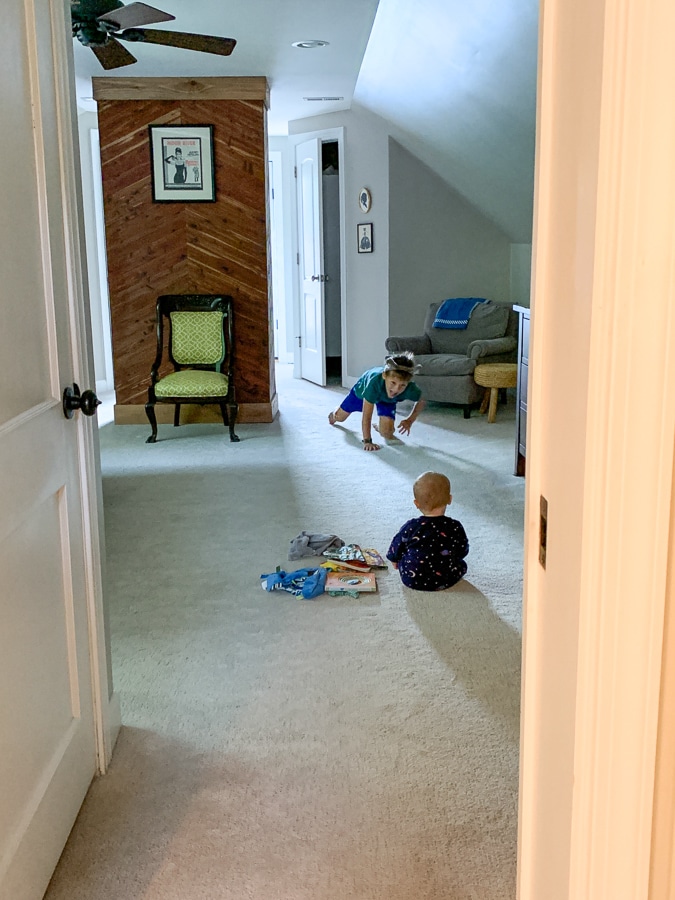 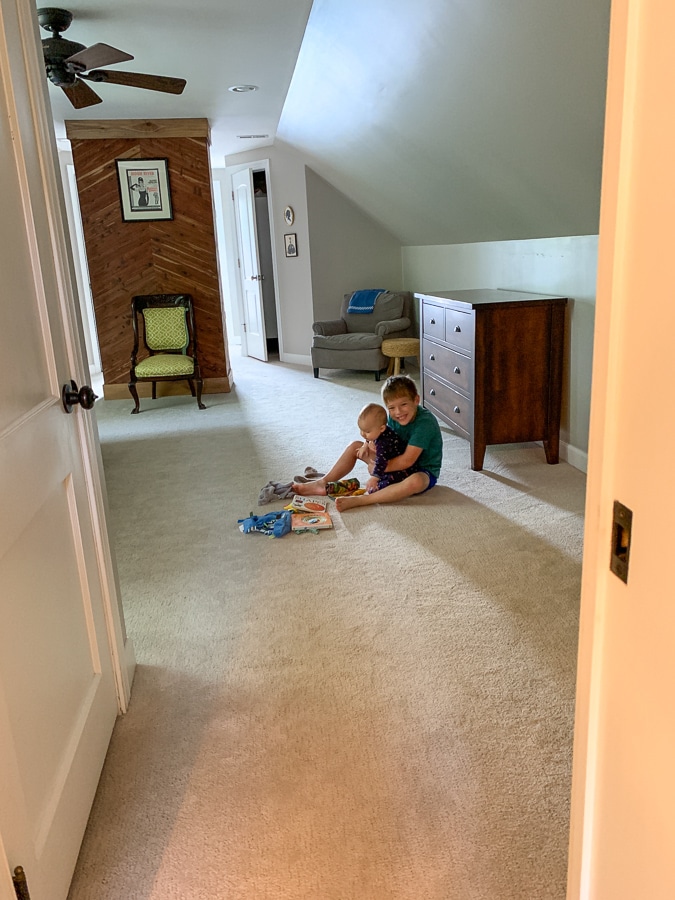 We did several crafts and had a lesson in mixology. 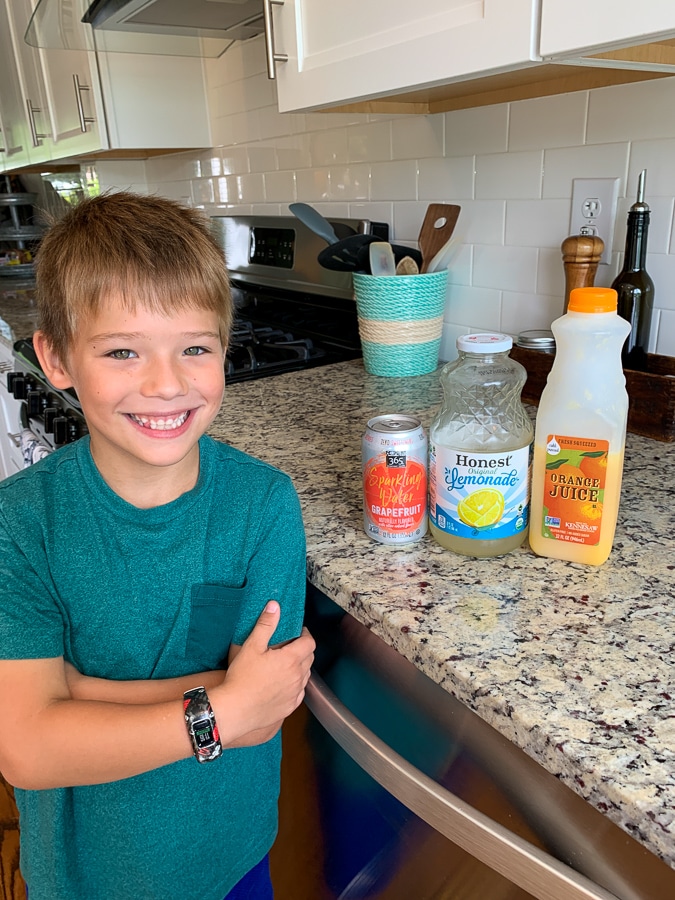 We played basketball (aka I rocked Birch on the porch and we counted Mazen’s dribbles) and took B on a walk. 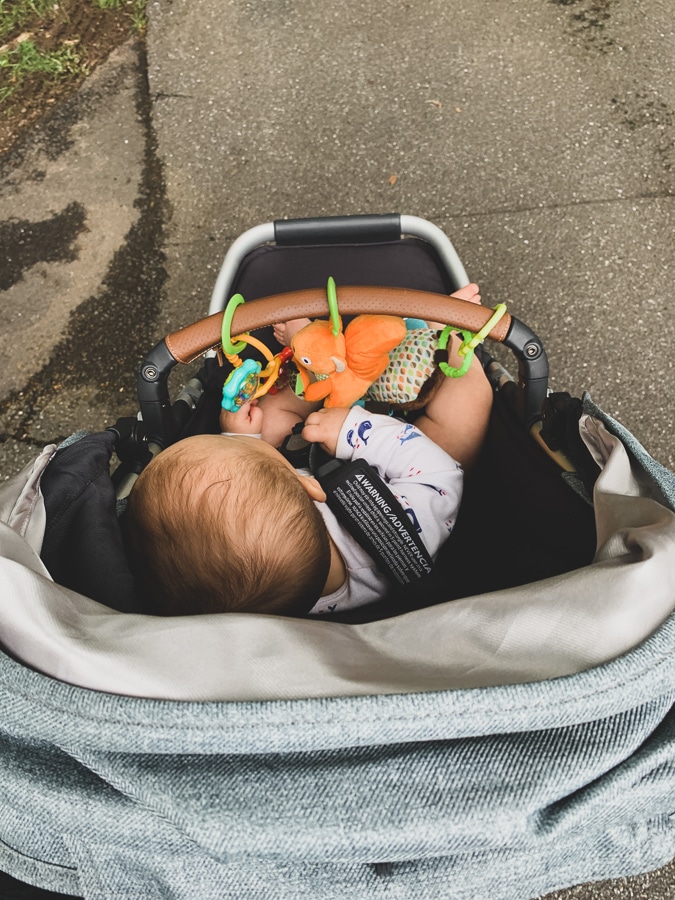 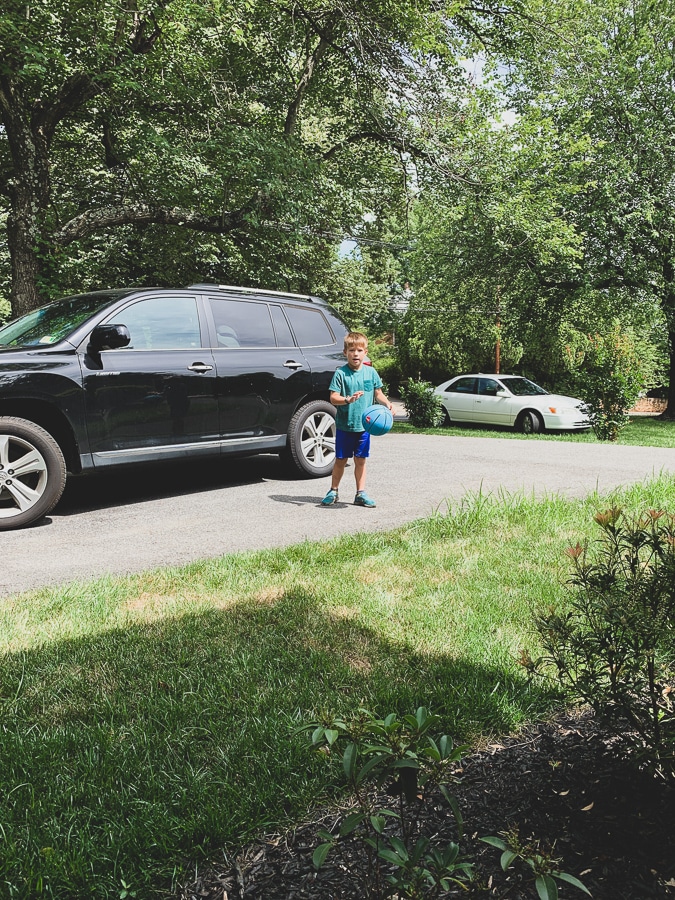 We had a big animal party with lots of pillows. 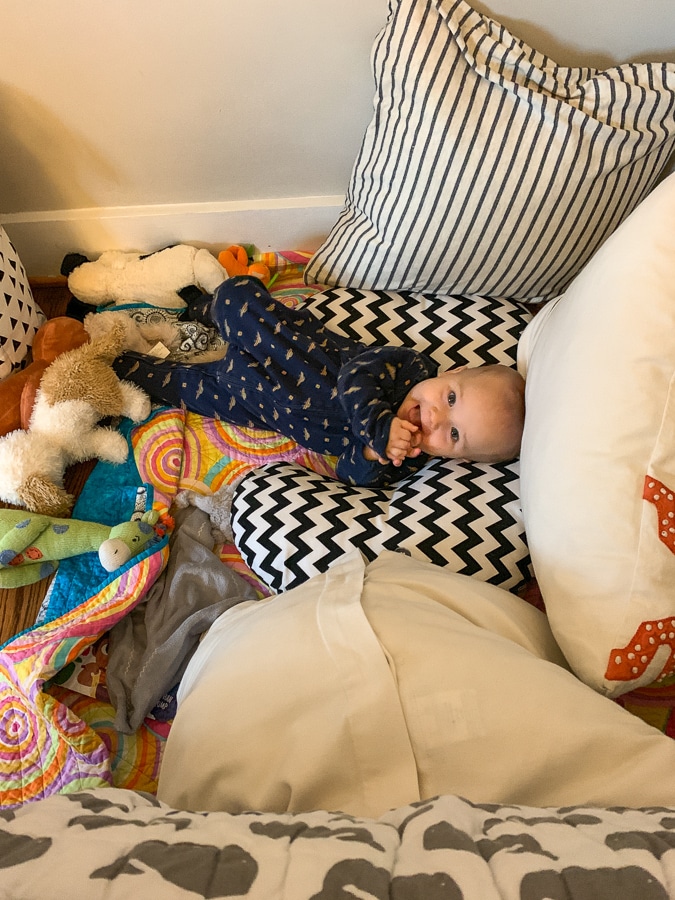 And we had a playdate at a friends’ house – BBQ chicken sandwiches and couscous salad. 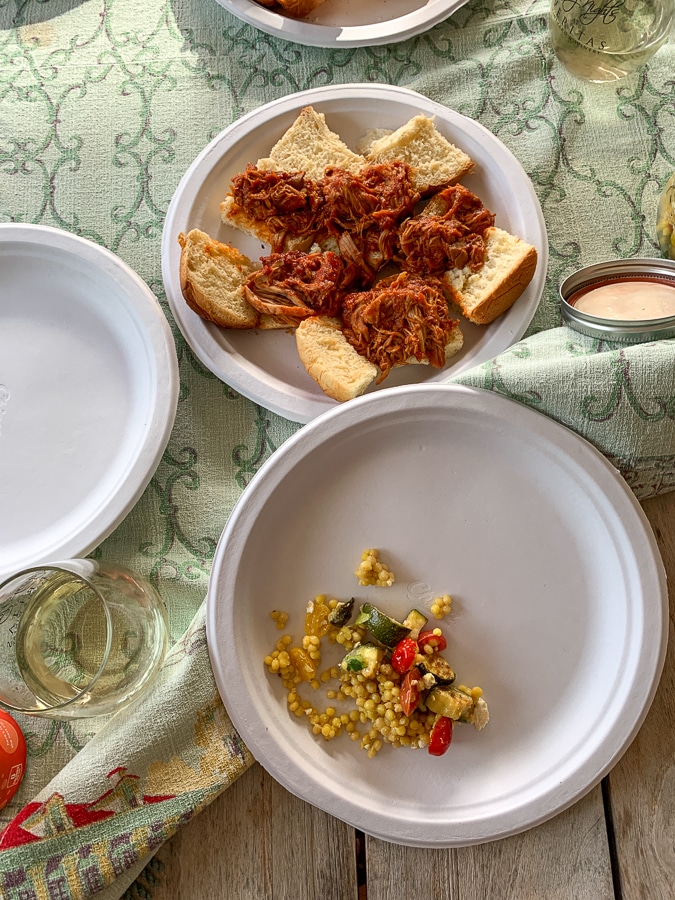 The main thing we DIDN’T do was go to the pool. It was a bit on the chilly side this week, but Matt and Mazen went a few times. It was too cold for me and Birch! Plus I’m a little scared to take B to the pool mostly because he still has to be held a lot of the time. I’m really, really glad Mazen can swim though! I can’t imagine taking a baby and a sort-of swimmer to the pool at the same time. We played in the “hot tub” instead: 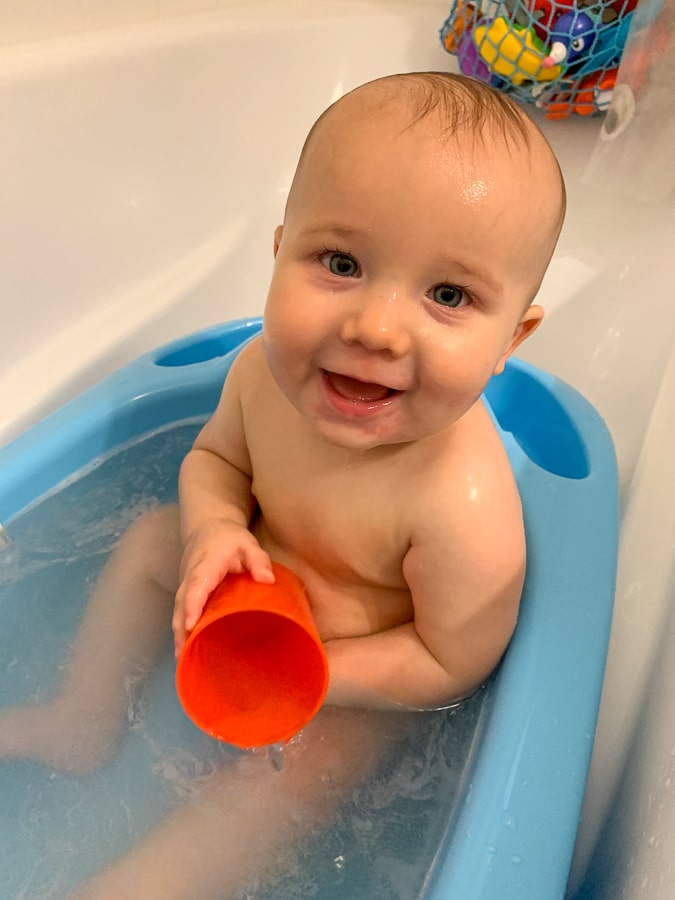 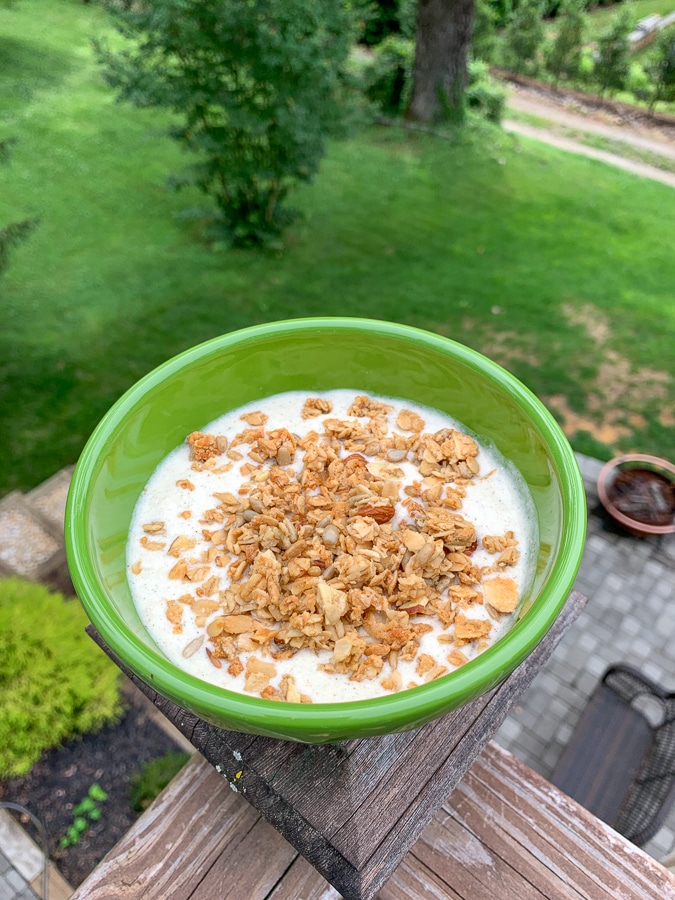 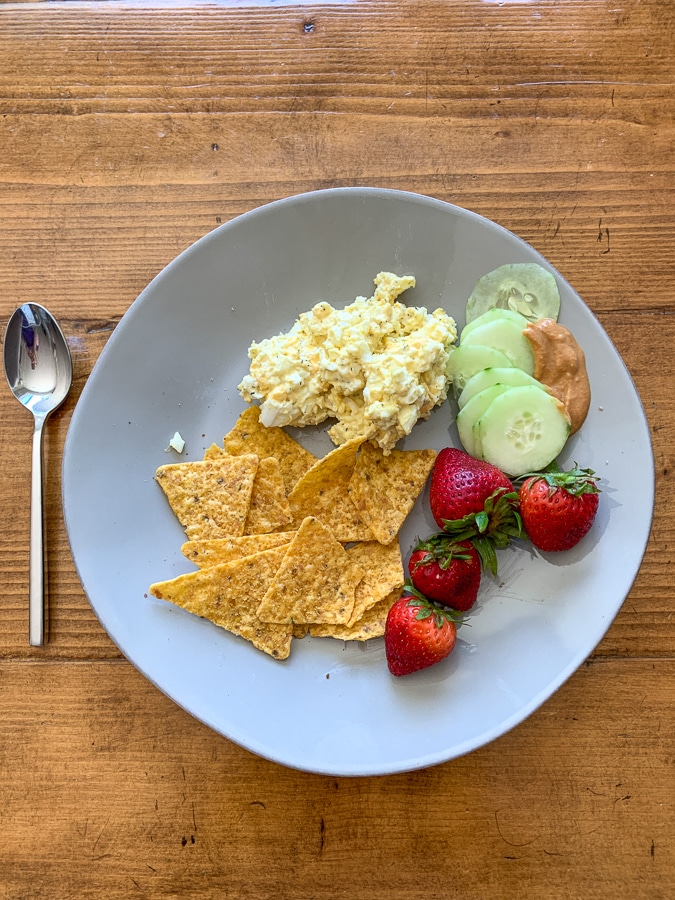 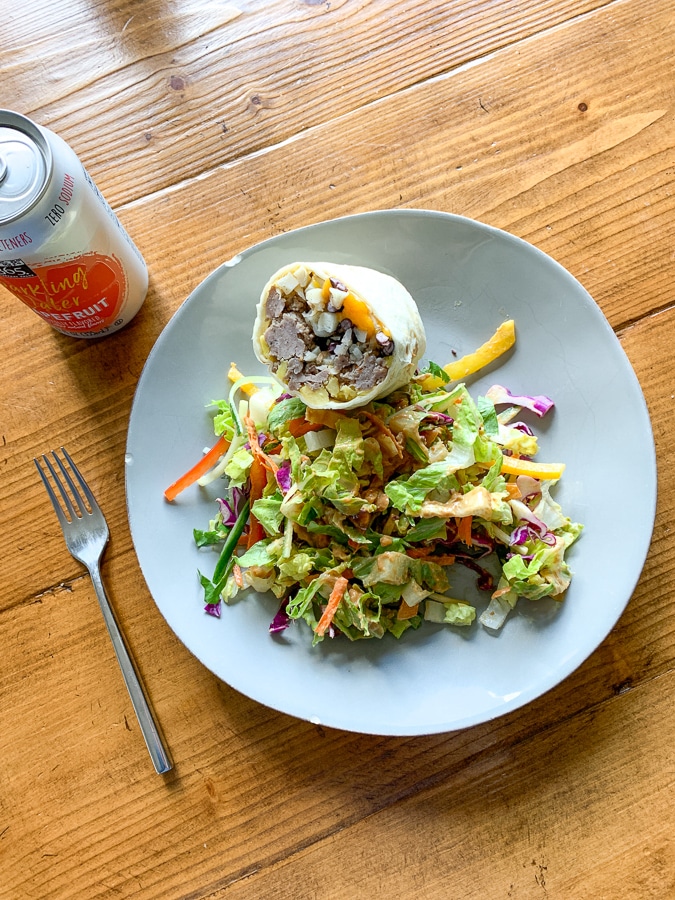 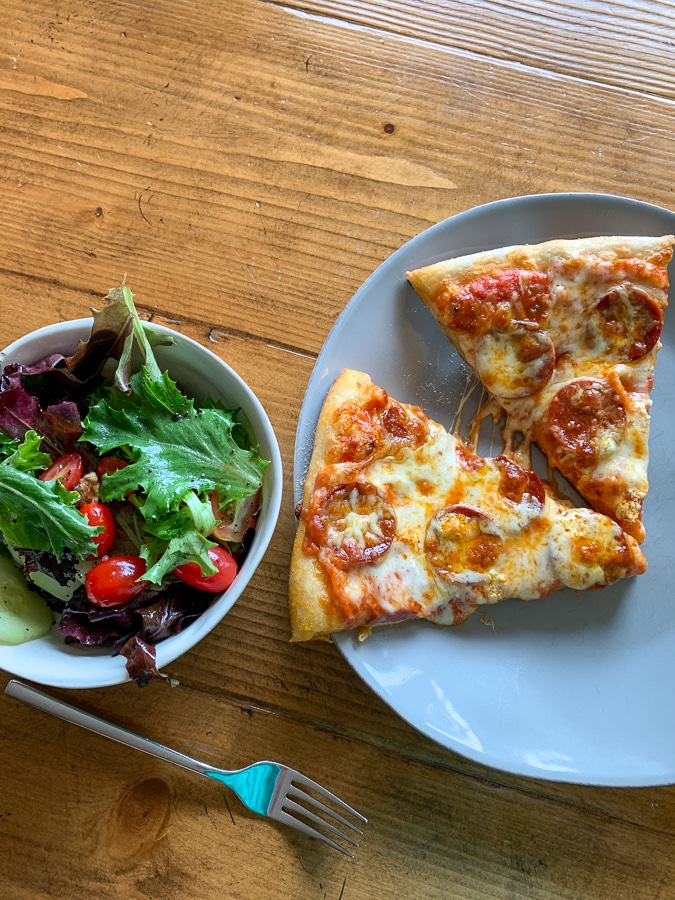 I hope you guys have a great weekend, and a Happy Father’s Day!