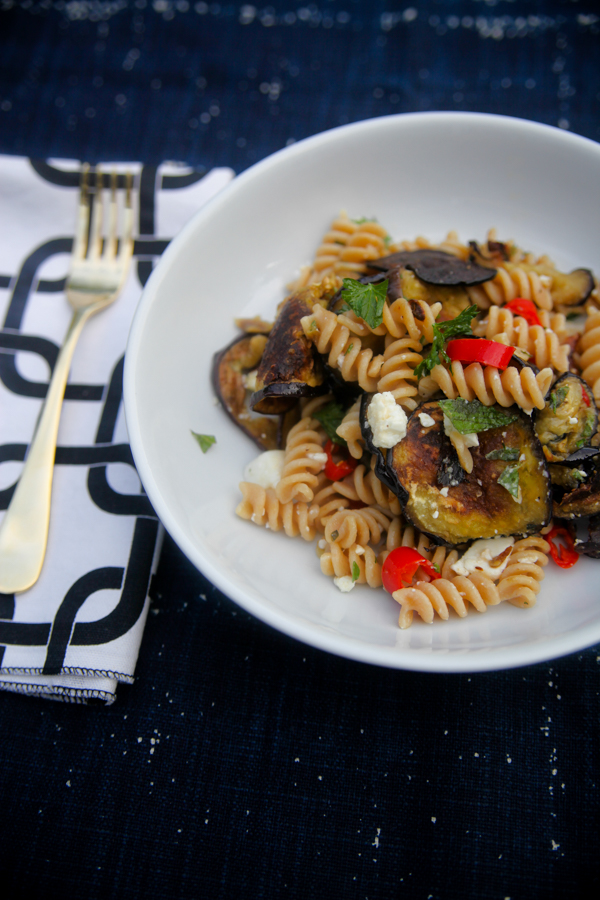 Summer dinners featuring all the best in-season produce are my favorite, with cozy fall soups as a close second. I love all the fresh produce this time of year! Heirloom tomatoes, eggplant, bell peppers, corn on the cob, okra, and herbs. I tend to eat a lot more vegetarian in the summertime because there are so many great tasting plants. I was reading one of the summer issues of Better Homes & Gardens and all of the recipes called out to me.

First was this Eggplant, Garlic, and Herb Pasta. The roasted eggplant in their photo looked just like the kind Mezeh makes, so I wanted to try it at home. (You might have to sign into the BHG page to see the recipe, but it’s free and you can opt out of the newsletter stuff.) 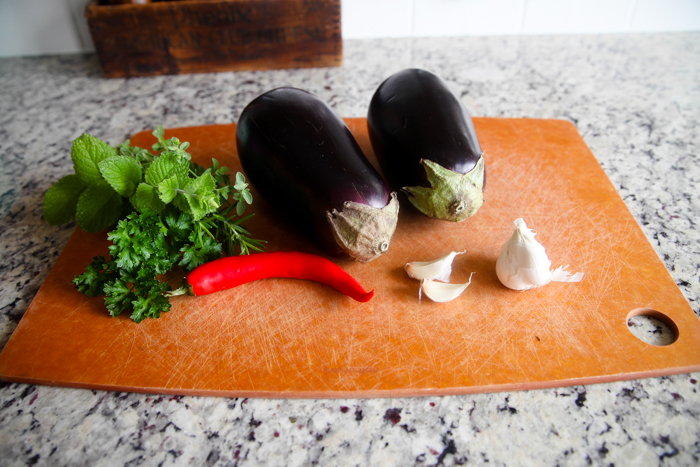 While my version did not turn out as caramelized or pretty as theirs, it was still really good. My thinly sliced eggplant was almost like eggplant chips! 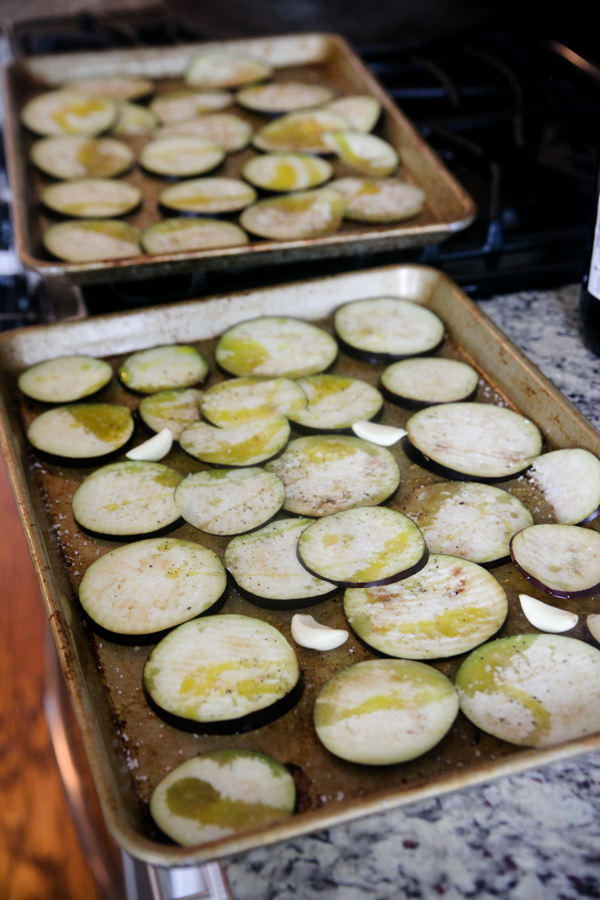 I used the pasta water and EVOO as they suggested for a sauce, but it was still a bit dry. The flavors (the spicy chili, the salty-crispy eggplant, the herbs, garlic, and cheese) all went together so well. I recommend doubling the herbs and adding a squeeze of lemon, which I did the next day – and it was wonderful. 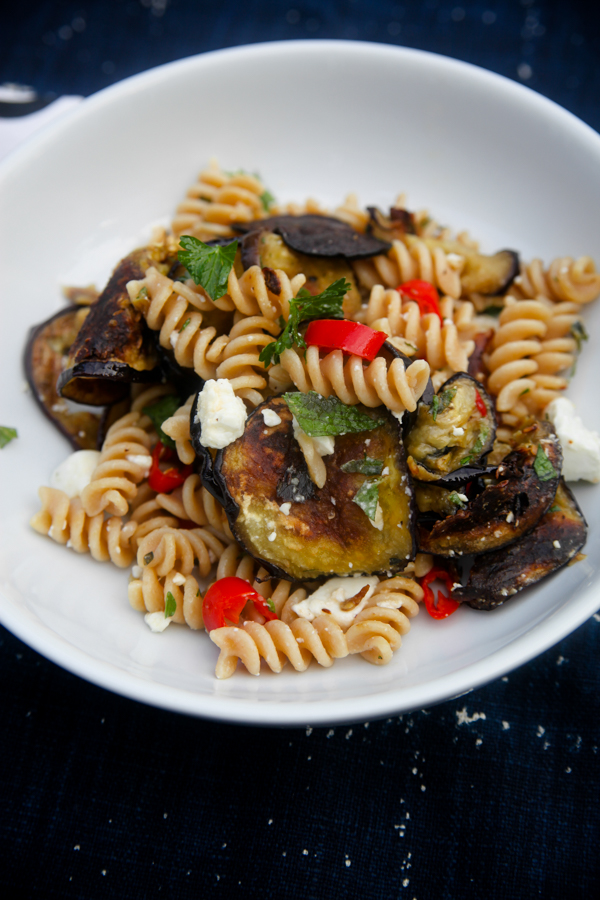 From the same BHG issue, I made this Chilled Corn Soup. I LOVE soups, and 99% of the time when I see a soup recipe I want to make it. (Cville people, Orzo has a really awesome chilled pea soup.) 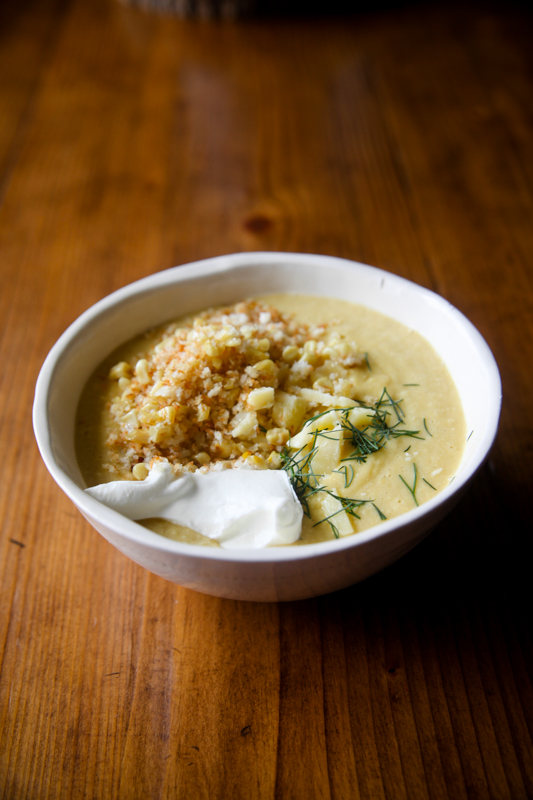 I cut the corn off EIGHT cobs, which took a while, but it was worth it for the fresh flavor. 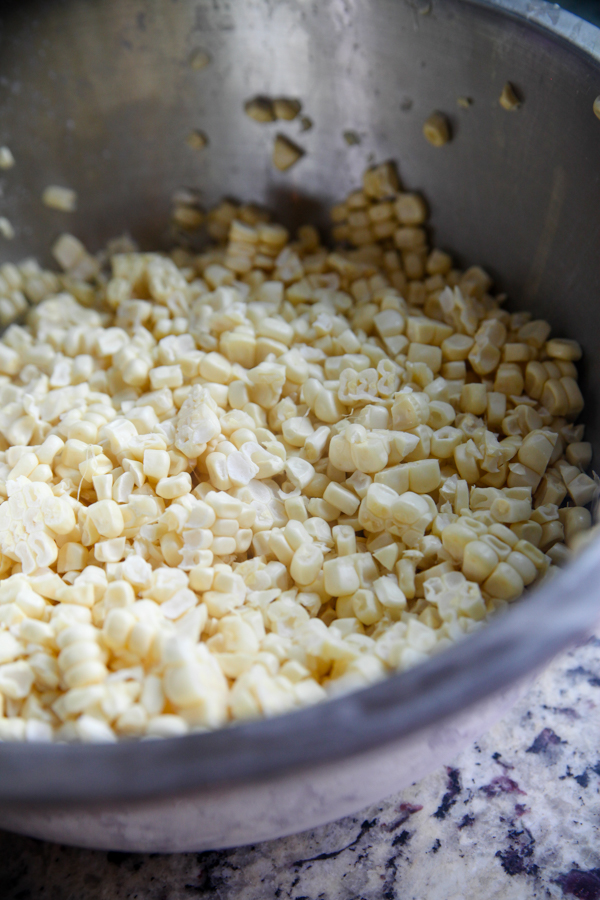 This recipe was overall so very simple. All simmered and blended and ready to chill out! 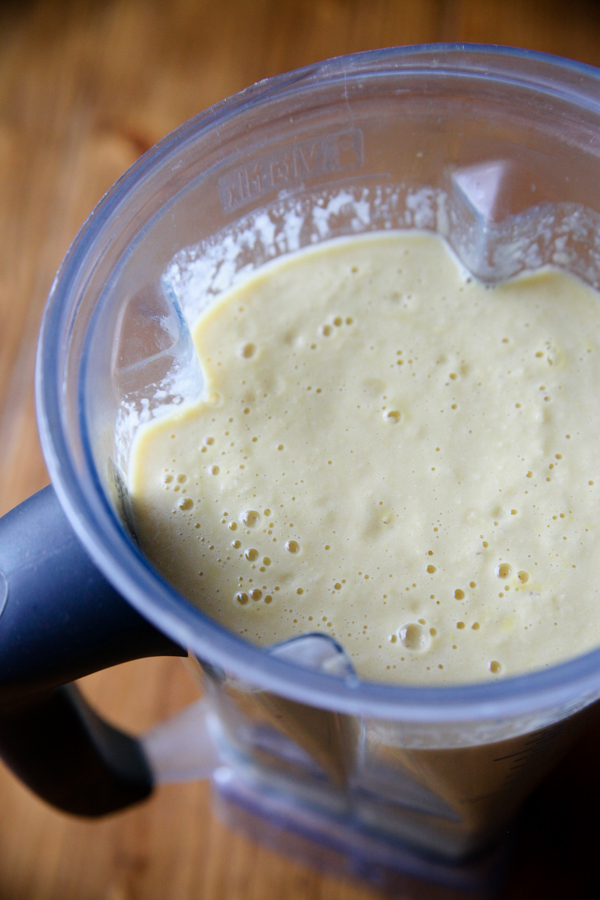 We added a little rotisserie chicken to the mix for a heartier meal. I actually totally forgot to add the cup of plain Greek yogurt to finish it off, but it turned out so great!! And we decided to eat it up on a rainy night, and it was so delicious. We both loved the crunchy panko topping and dill. And, of course, I added some Greek yogurt on top! 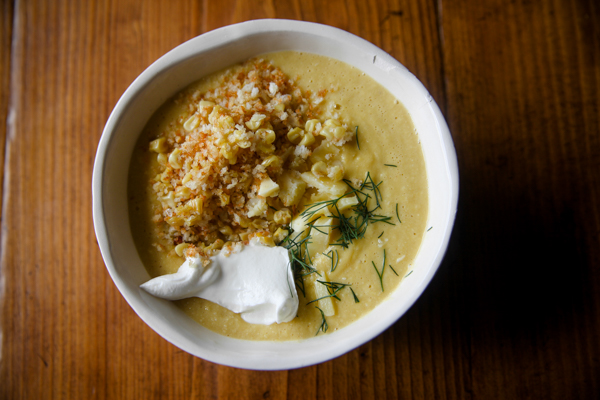 So, two thumbs up for these super summer recipes.