You are here: Home / Lifestyle / Stick To The Roof 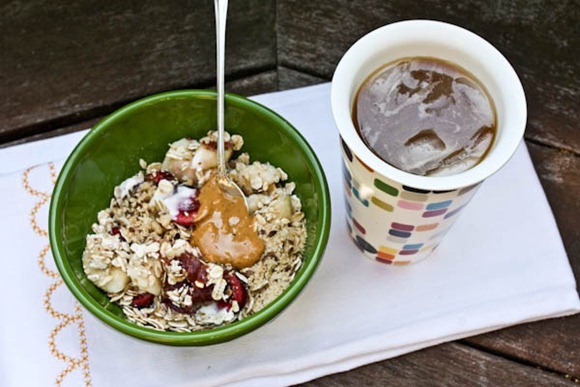 I was up at 7 and ran a swift 4 miles. I run so much faster in the morning (probably due to an emptier stomach) than when I go mid-morning after a huge bowl of oats – even after a few hours of digestion.

Matt was eating a PB & Banana sandwich when I left and offered me a bite for fuel. Yum! 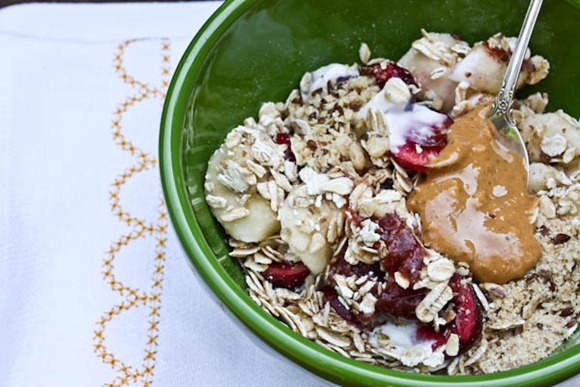 Yesterday at Harris Teeter I picked up Oikos – a great love I haven’t bought as much in lieu of the less expensive Whole Foods Organic Plain non-Greek yogurt – and boy was it good! The Whole Foods is the most Greek-ish of the plain yogurts (I hate them when they’re gelled and watery and WF is thick) but nothing compares to Oikos. 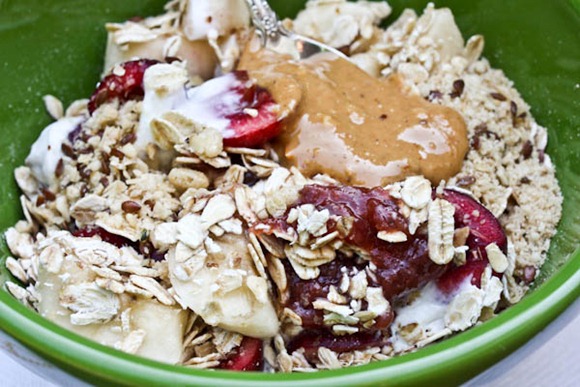 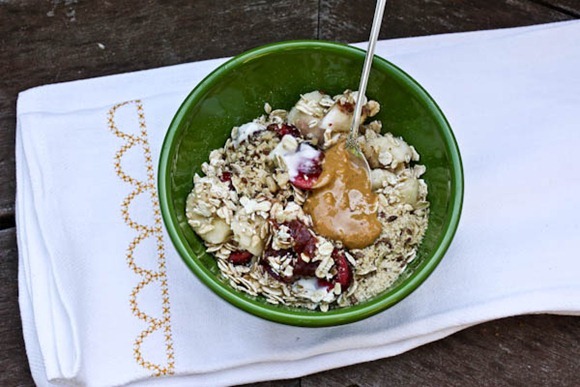 Iced coffee on the side. Yesterday I got a caffeine headache 🙁 I’ve only been drinking small amounts in the morning and trying not to do consecutive days but I somehow got addicted again!!! Crazy! I imagine when the bakery opens and Matt is drinking coffee there that I won’t make a pot for one at home and might go without again. But while it’s here, I’m drinking it. 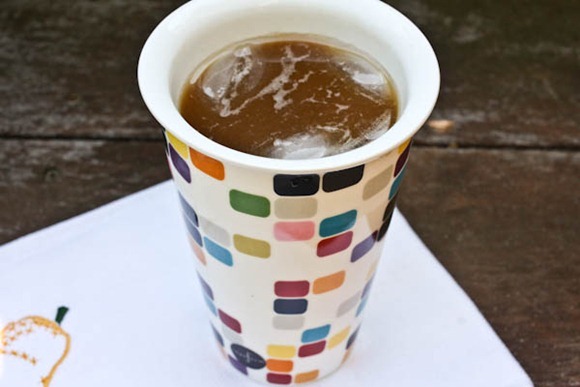 My rainbow cup was a former OpenSky product! It’s so fun to sip out of – check out the lip! 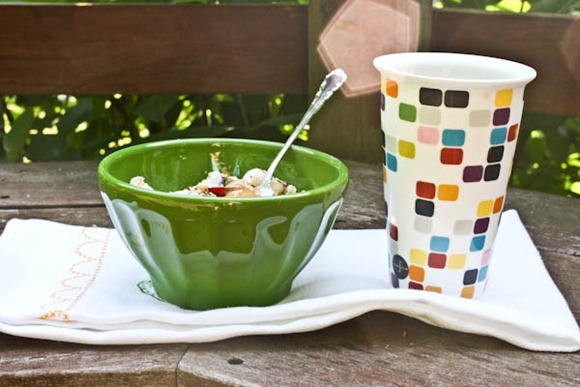 My co-boss is G-chatting me that I’m late for work. Gotta run bike!!