It’s FREEZING out there!!! Only 20* here in Charlotte with a mighty wind chill. I’m wearing a big sweater today and will need full gear – gloves, scarf, wool coat – for my train ride.

I woke up this morning with a horrible headache at 4:30. Strange. I took 2 IB profin but it was still there when the alarm went off at 4:50. Strangely, I felt like getting up would make it go away rather than going back to sleep. I wasn’t tired anymore. I was right! It was gone within 10 minutes of getting up. So weird. 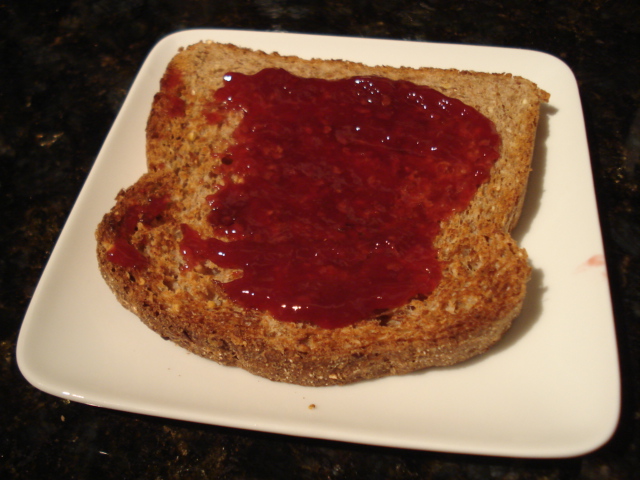 My workout was dull this morning. Although I was sweaty and burned 400 kcal on the Stairmaster (40 minutes) and stat bike (10 minutes), I just didn’t feel like I ever really got my body moving and energized. I’m hoping for a good walk at lunch!

Steel cut oats take II! I made these yesterday, following Alton Brown’s recipe to a T. They still ended up being a smaller portion than the rolled. But I refrigerated them overnight (and put my banana in yesterday – it turned a little brown but still tasted the same!) and added 1.5 oz of milk this morning to re-heat in the microwave. They definitely needed the extra milk, which not only moistened them but made them fluffier = more volume. 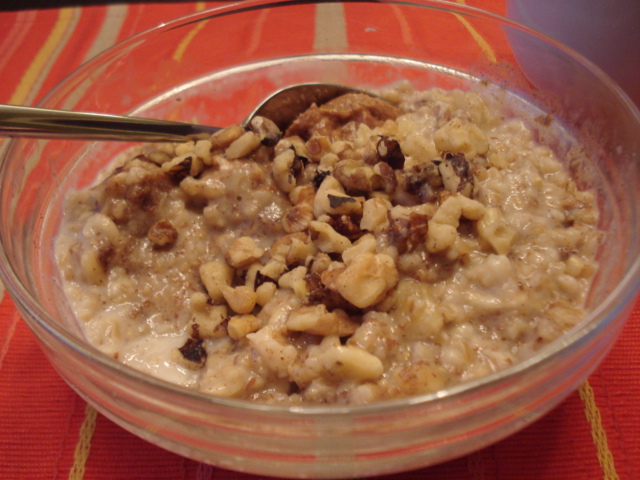 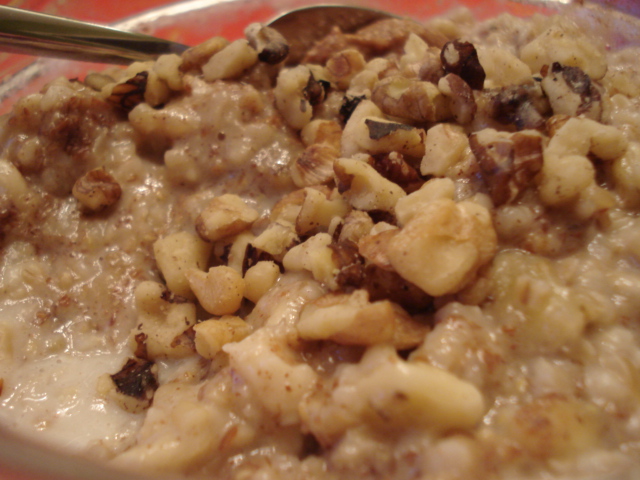 Report: they were MUCH better today than my earlier portion, but I still prefer the creaminess of rolled oats. I think we’ll alternate between them since we have a big stock now.

Steel Cut Pros: Quick to cook in the microwave and NO DIRTY POT in the morning, fun to chew

Steel Cut Cons: Much more effort to cook the day before so need to be organized, less volume (a big con for me).

The Science of Oats

So continuing my research on oats, we recently watched a Good Eats episode on them. Alton Brown does a great job of explaining the why of food not just the how. Here’s the transcript from his episode explaining the different kinds of oats.

Groats
Once the oats are harvested, the miller has got a lot of choices to make. For instance he might elect to remove only the outer hull. That would produce whole oats, also known as groats. You notice that, uh, they still have their entire bran coat on, a lot like brown rice which is not a complete accident because you know what? They also taste kind of like brown rice. Nice, but a little too nutty for my taste. The other things is that, uh, even if you soak them overnight and cook them for hours, they’re chewy as Gumby. I’ll pass.

Steel Cut Oats
Now, if you were to take these, however, and send them through steel cutters you would have steel cut oats, a.k.a. Scotch oats or Irish Oats or—I love this one—pinhead oats. They also take a little while to cook. But they produce a very creamy porridge. Mmm. It’s also just a little bit chewy, a little toasty … mmm. They’re really nice.

Rolled Oats
Now if you were to take these and steam them and press them out in rollers and then dry them, you would have rolled oats, a.k.a. old fashioned oats, a.k.a. oatmeal. These are the oats we think of when and, well, if we think of oats. Now the idea of mashing them flat that was an American thing. Makes them cook faster. The problem is, faster is not always better. In fact, uh, they tend to produce a rather measly mush. They do have some other applications which they are very well suited, but we’ll get to those later.

Instant Oats
Could you process them even more? Well, sure. Why not? You could mash them even thinner, par-cook them and then dry them. Then you’d have instant oats which I wouldn’t feed to my horse.

It seems AB prefers steel cut and thinks rolled oats make a mush – but I’ll take mush for volume any day!! My guess is that because rolled oats are basically flattened steel cut, their surface area increases, therefore making them more voluminous. Research has shown that people tend to eat the same weight of food each day, regardless of how many calories they’re consuming. Very interesting to note with these oats differences, although I thought today’s oats were heavier than the ones I made earlier this week with the added milk and banana.

Also had 1.5 cups of coffee on this cold morning – butter rum is better with more splenda! 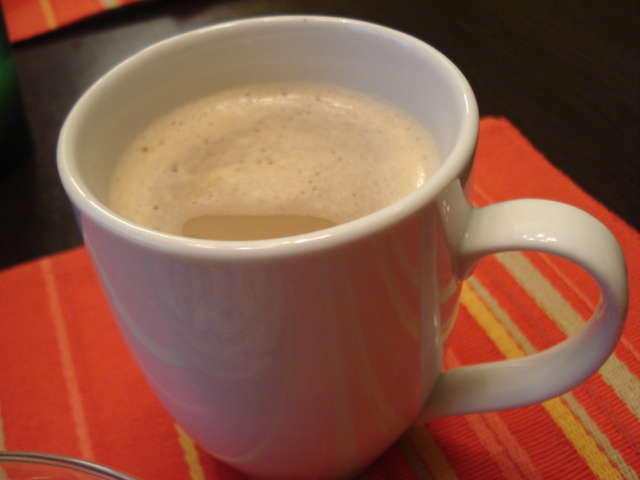 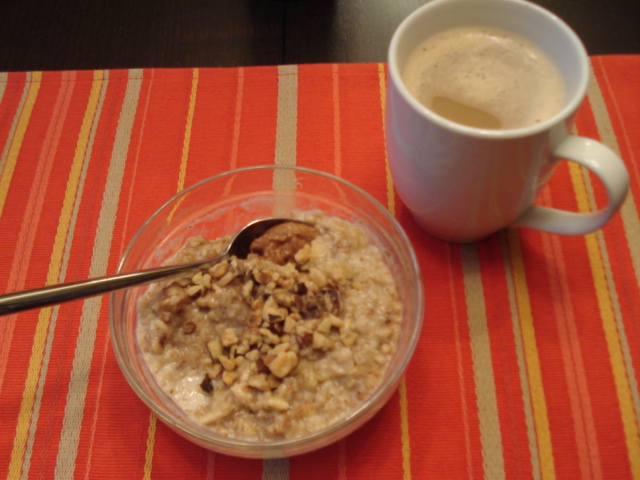