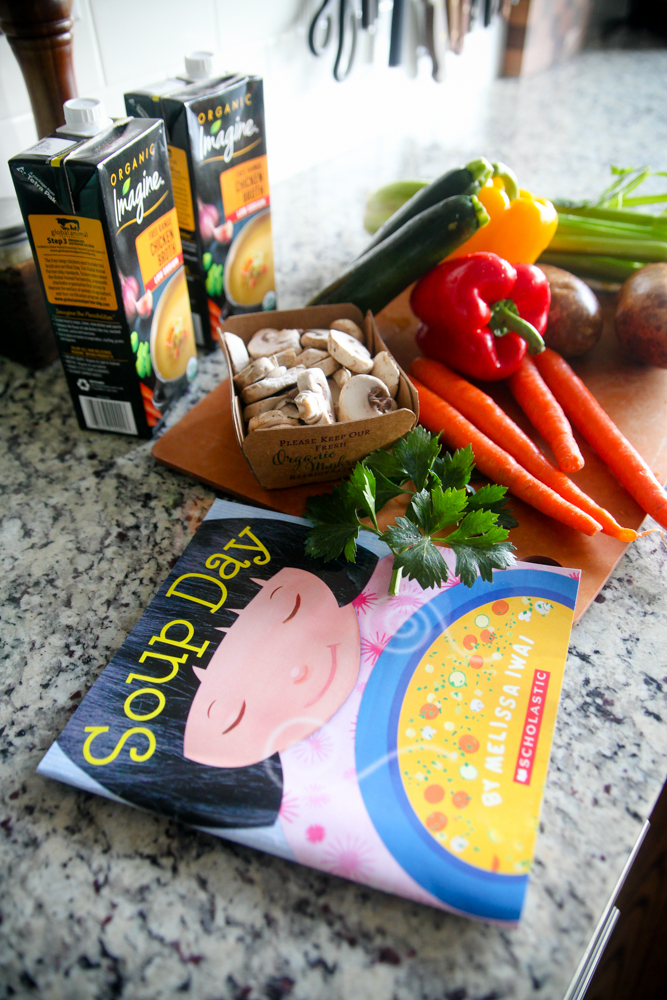 Mazen was given this book by his teachers last Christmas, and it’s a cozy bedtime read! The story is about a little girl who helps her mom make a vegetable soup on a snowy winter day. At the end of the book there is a simple soup recipe. Every time I read it I get a strong craving for a brothy vegetable soup! 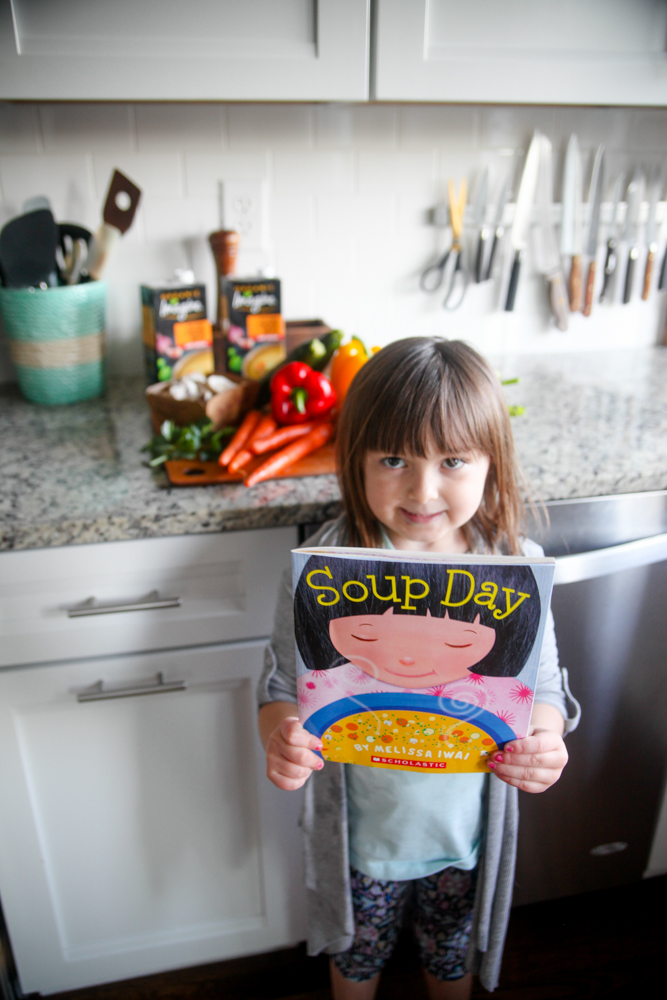 No, I didn’t adopt a little girl. That’s Sylvia, Mazen’s best friend. She was over for a play date and I thought it would be fun if they helped me make the soup like the girl does in the book. All Mazen wanted to do was play fort, but Sylvia was into it!

We read the book together and got started. 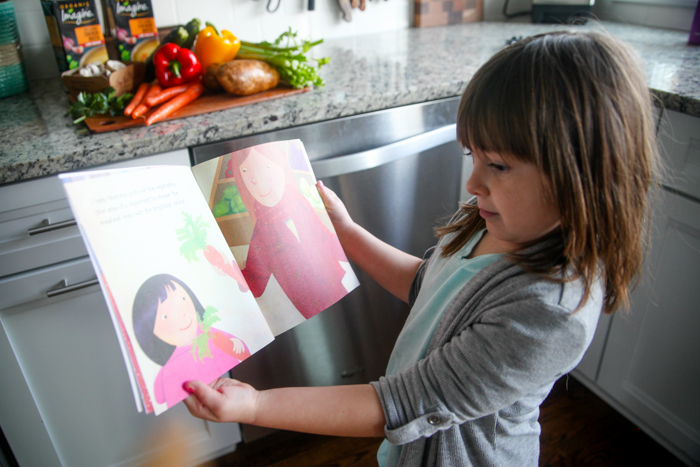 She was excited for me to take her picture while she washed the veggies just like the girl in the story. Maybe I should swap kids with Sarah for a few days! : ) 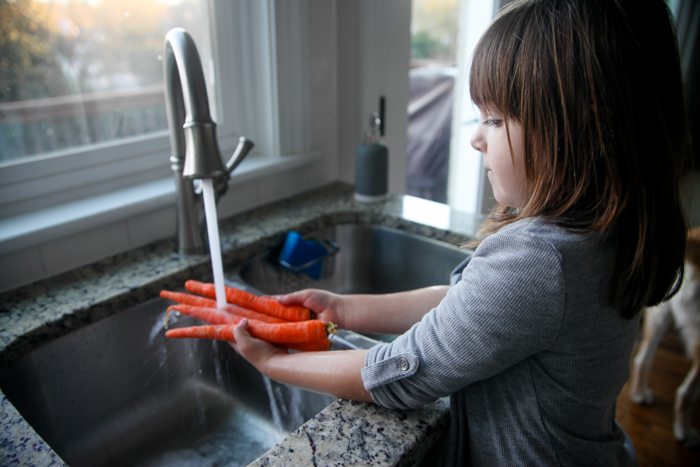 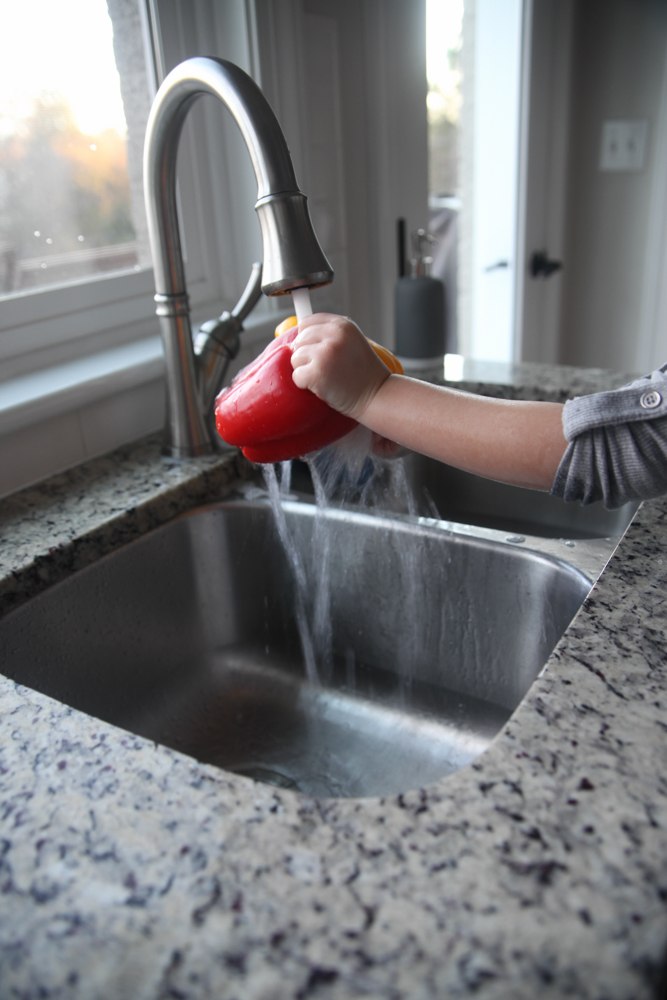 I got her set up with the zucchini and a dull knife to do some slicing. She went very slowly but eventually got through all four zucchini! When Mazen came in to see what we were up to, Sylvia said to him: “I can’t play now, sweetie, I’m cooking.” LOL – I wonder where she learned that! 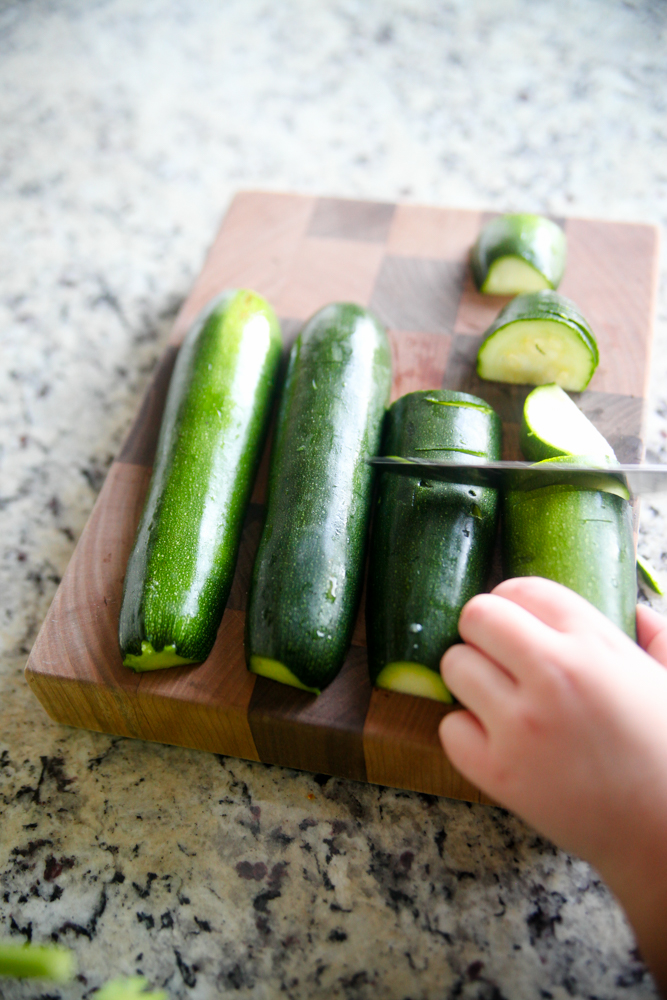 Mazen had a change of heart and joined us for a while, but then he got bored and went back to Batman games. 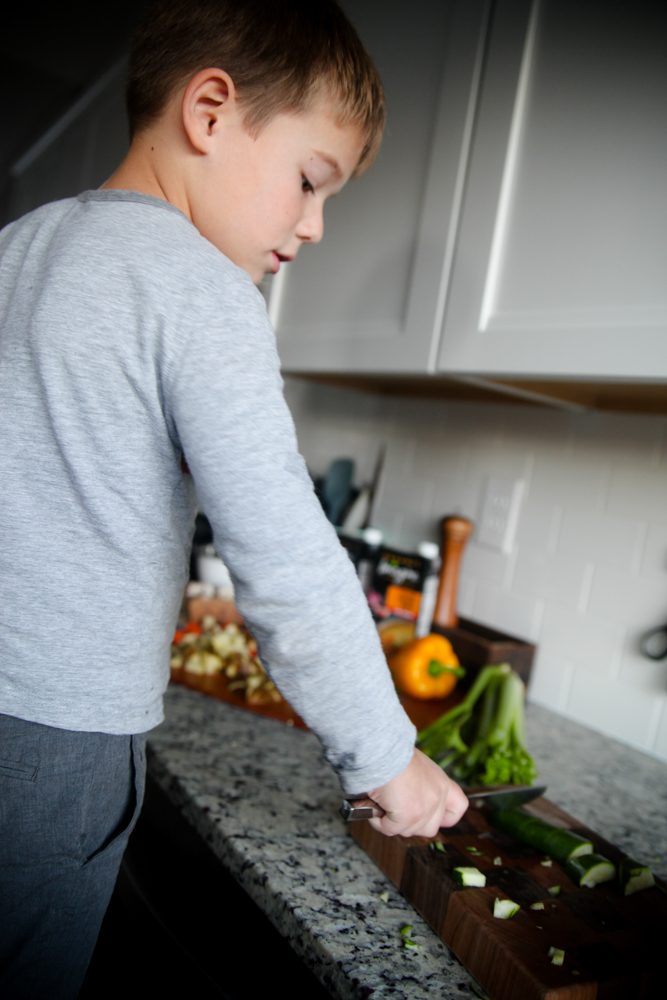 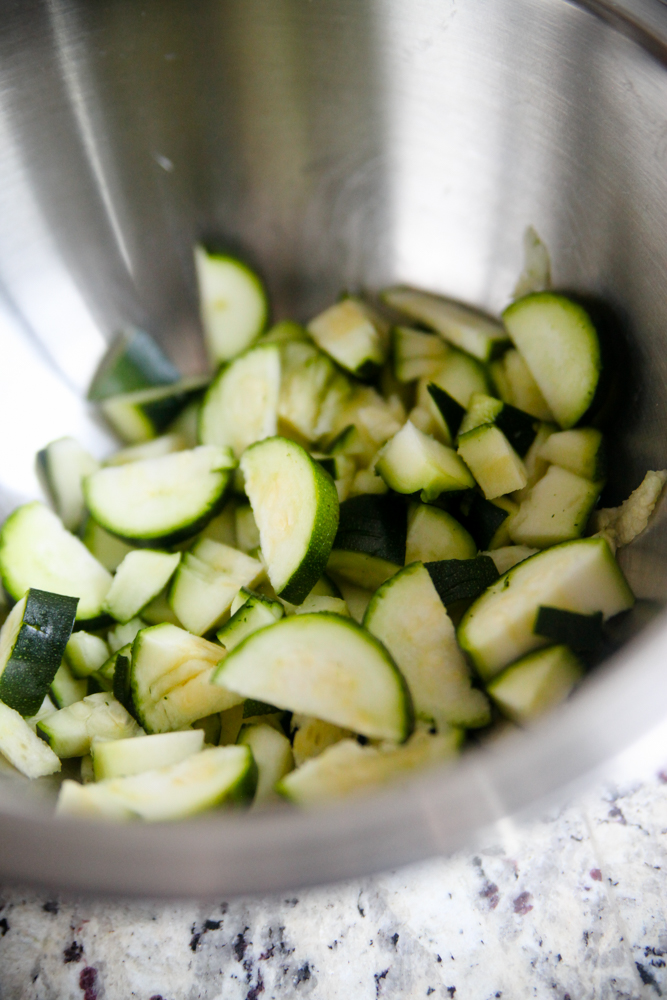 Meanwhile, I was grown-up chopping everything else with a very sharp chef’s knife. 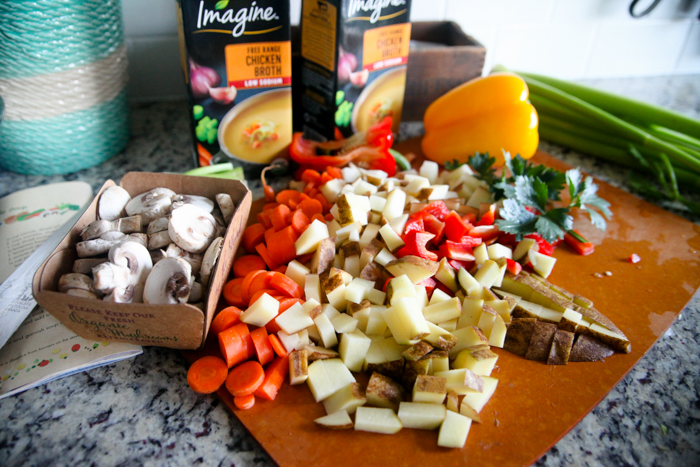 Sylvia went off to play while I did the hot parts in the big pot. 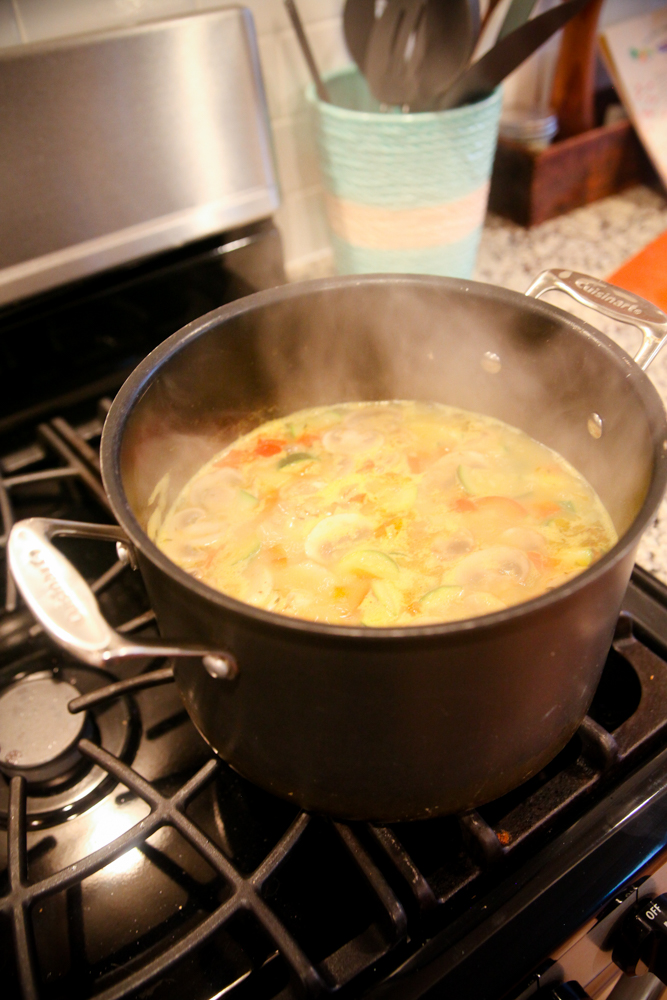 They were both excited to try the soup and suggested I light a candle and dim the lights for their dinner. (Hence the awful photo color – it was dark in there!) I topped their bowls with cheese, but they both did a great job trying all of the vegetables. The red peppers were the biggest hit and the mushrooms were left in the bowl, sadly. 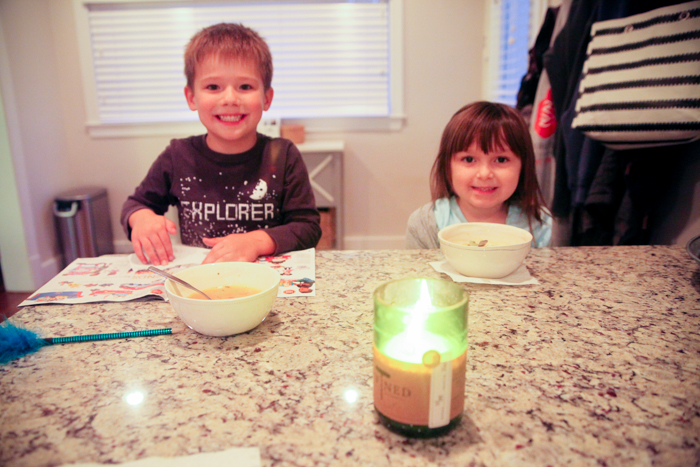 Thomas and I had bowls of our own later on. We topped them with pita chips and sour cream! 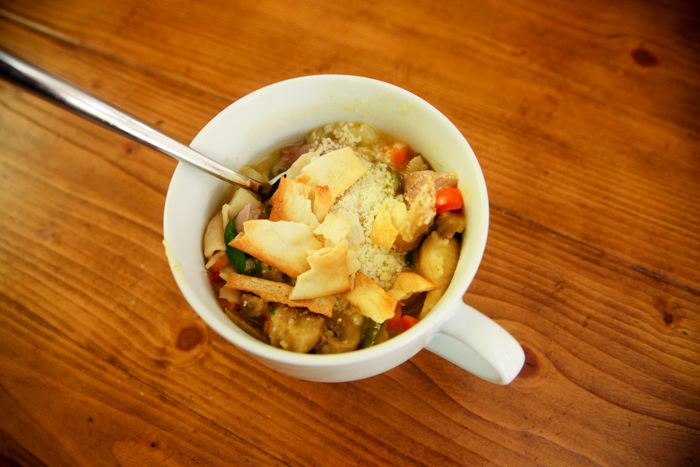 I don’t think I’m permitted to publish the recipe, but it was a simple broth with lots of fresh vegetables and pasta stirred in. Very similar to this minestrone of mine from years back!

What’s your favorite soup recipe? I want to make one a week all winter!