You are here: Home / Lifestyle / Snowball 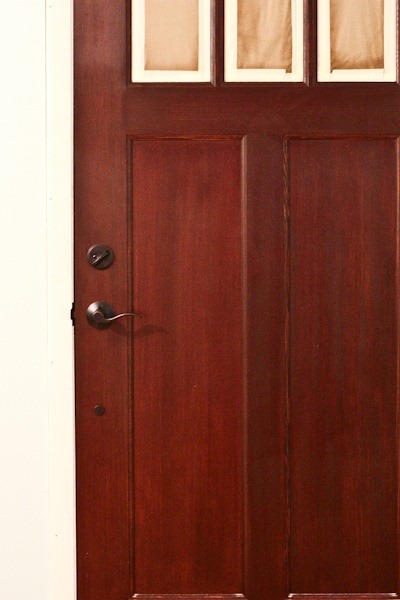 And that’s the inside!! [Still not totally complete – hence the paper]

Cville Cluster snack at the bakery!! 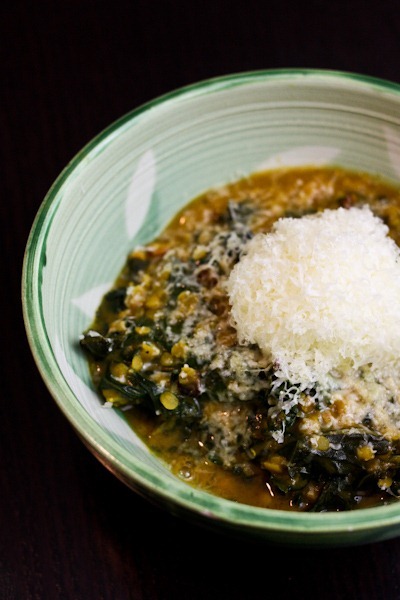 I’m feeling a bit mopey tonight due to my cold. It’s not a horrible cold, but it’s wiping me of some of my energy.

So I was very thankful that:

Number 1 – we had a really simple dinner planned

That is not a giant coconut snowball on our soup – that’s greek yogurt covered in smoked cheddar! 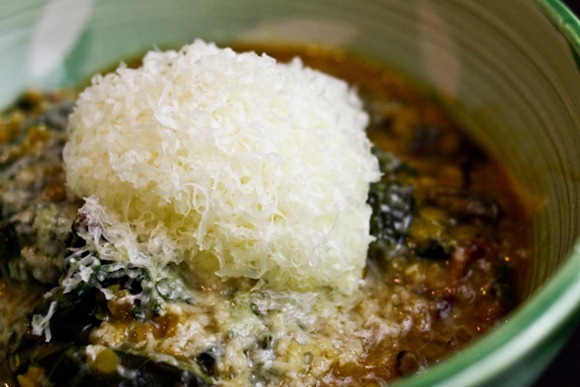 Soup – it’s what’s for dinner. Tonight was a blend of leftover red lentils (so old I asked Matt to bring them to a boil…they made me nervous) and leftover Thanksgiving kale along with 2 slices of bacon and some Imagine Sweet Potato Soup to act as a base. Stir it all together and you have dinner in 5 minutes! 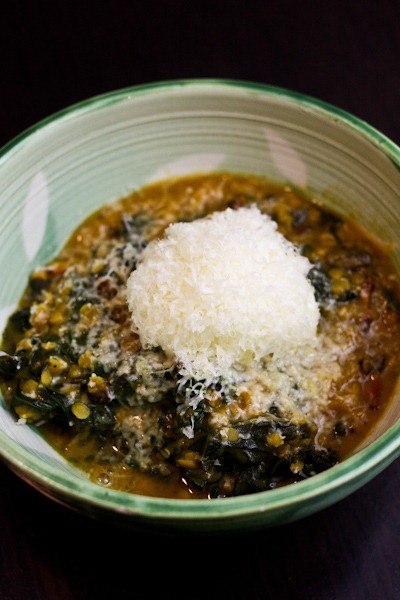 Matt and I have the same dinners but his portions are sometimes bigger than mine. Often this comes in the form of bread. He just loves bread! Many nights he asks me if I want some, and usually I’ve had 2-3 slices that day already so I tell him to cut an extra large slice and share a bite. He finds it more convenient [and apparently humorous] to serve that bite separately. 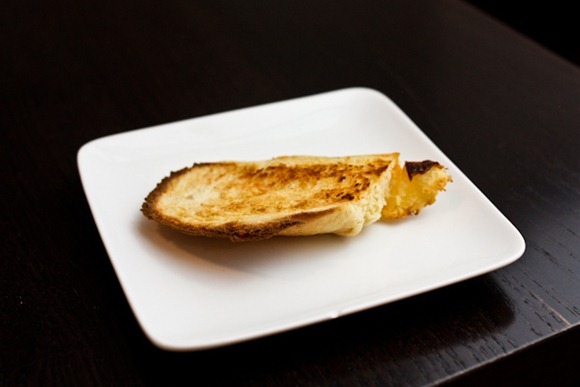 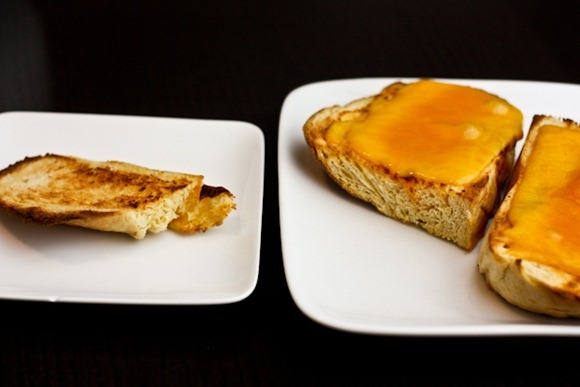 When I saw his plate I laughed out loud, although he prefaced it with “You’re gonna be jealous when I sit down.”

I do wish I had the metabolism to digest that much cheesy bread every night. But you probably know as well as I, slice after slice has a snowball effect on the waistline. 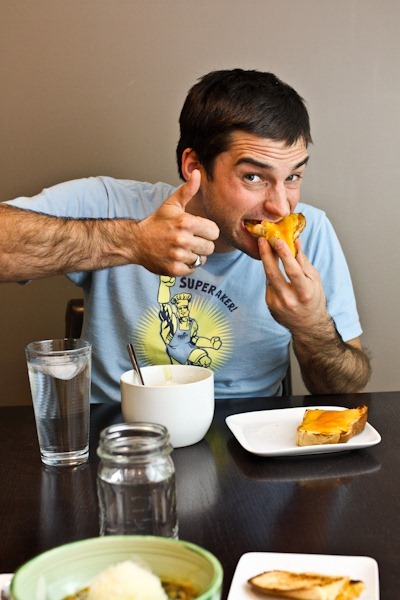 And my soup was plenty filling; the toast plenty palate cleansing between bites. 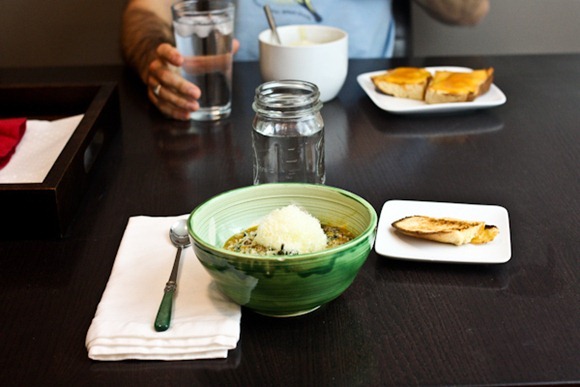 Going to curl up on the couch with HGTV. Given our new front door, I’ve been on a Curb Appeal kick!