You are here: Home / Lifestyle / Smells And The City

I did not sleep very well last night 🙁 First of all, the party boy was out until 2 am with Andrew, and I never sleep deeply if I’m expecting the door to open any minute. And the bed was super squishy. And it was hot! And there was a huge crack from the door to the outdoors where huge roaches could have come in!

But I was rested enough to get up and go for a run this AM 🙂 Matt, however, was not. I didn’t want to go alone, but I’ve was told the neighborhood was safe by the front desk. And the sun was bright and shining and there were lots of people out walking around, so I felt safe. (I would never have gone before the sunrise though).

So off I set. My only option was to run the streets of the French Quarter since I’m nowhere near any parks or trails or anything. It ended up being fine – I just slowed my pace a lot for stop signs and people. And  took a map in my palm! I made my way to the Riverwalk, which was refreshing compared to the streets of the city. My only goal on my run was to sweat some, and that goal was achieved! I think I got my first sports tank tan of the season.

It was quite the melting pot of smells – both good and horrible. I actually had to leave Bourbon Street because the smell was so awful.

Once back at the hotel, I brought Karen coffee in bed and hopped in the shower. Then we went to the breakfast room. There wasn’t any fruit, so Matt and I went a few blocks away to find bananas and an orange. We ended up getting them for free because the man said the bananas were “too old for sale.” They looked good to me!

The breakfast spread was mostly refined carbohydrates, and I needed something to get me through to a 2pm lunch, so I brought out some of my packed snacks:

Erewhon Cinnamon Raisin Flax Oats – which are organic and low in sugar. They were great!! I don’t eat instant oatmeal at home because the difference between instant and stove-top is night and day, but it sure is a lifesaver while traveling! I combined this 130 calorie pack with a 100 calorie pack of Quaker Plain from the hotel. 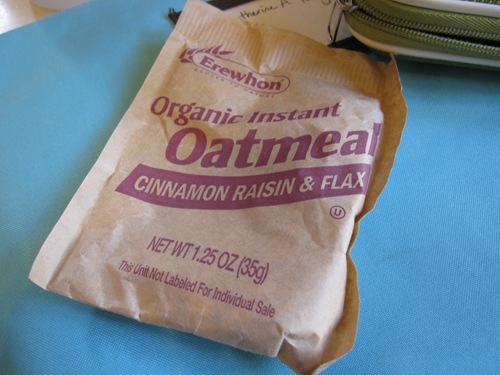 I also packed this little individual trail mix package from Flanigan Farms. Again, when traveling single serving packs are so convenient. I split this 3 ways with Matt and Karen. It was a mix of almonds, peanuts, sunflower seeds, cashews and some dried fruits. Loved it! 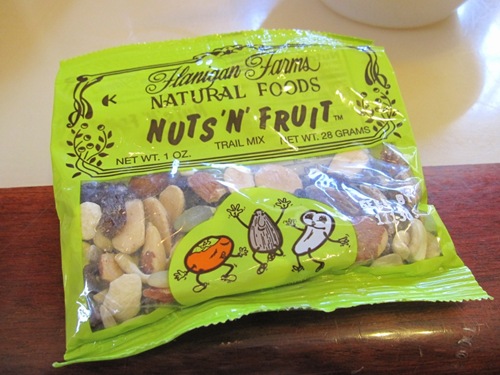 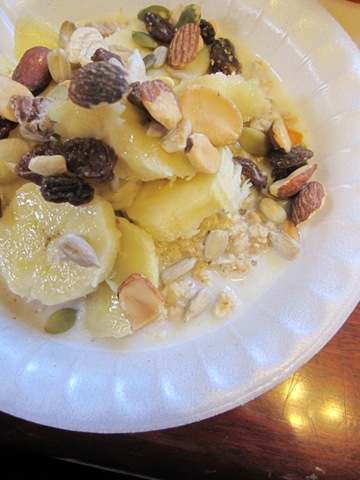 Plus half a banana and a splash of milk. Not bad for a hotel breakfast! 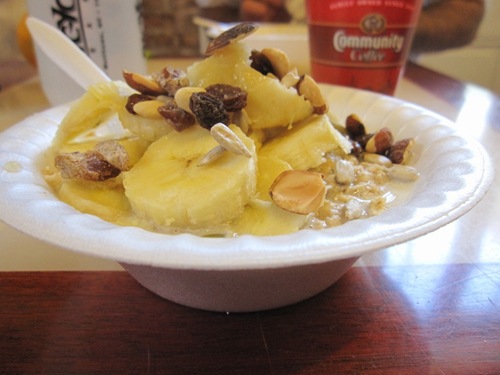 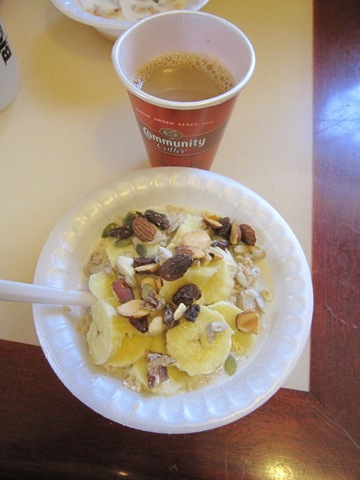 And 2 sections of orange 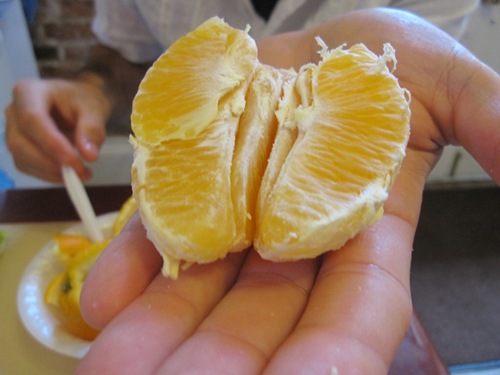 Today’s plans include a brunch at Andrew’s fraternity, a “Wave Goodbye” party, and a very, very late dinner. So I’ll see you guys tonight!