Soooo Kelsey called this afternoon and wanted to know if she could come look at my restaurant layout. I said sure and invited her to join us for Aztec soup and cornbread. Next thing we know we’re drinking wine and she’s spending the night!! 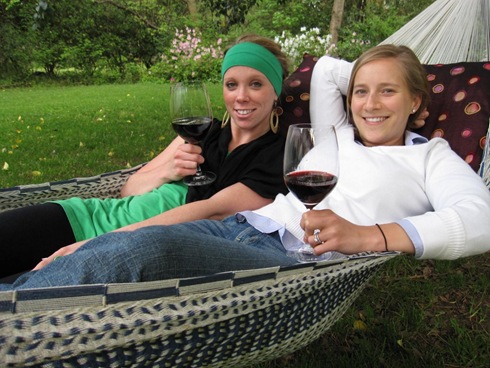 I kept it cool with about 5oz – 4 to start and a splash with dinner. Check out this awesome bottle! It was a Syrah and Cab blend from TJ’s and was SOOO juicy and delicious. 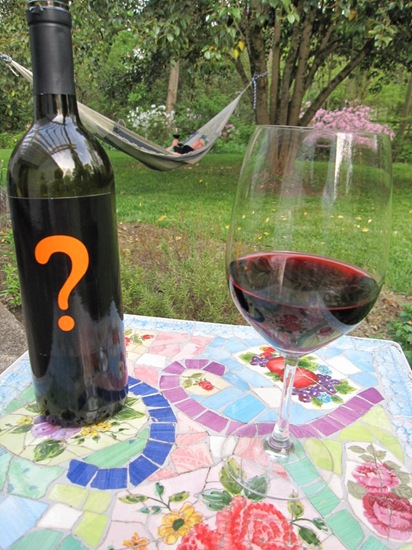 I had a bit of dried fruit earlier in the afternoon to tide my hunger. It was just barely there and I knew we’d have a while until dinner – 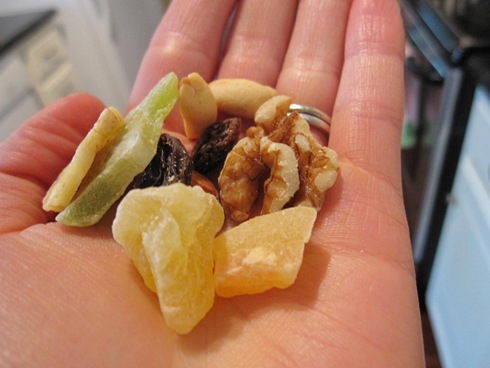 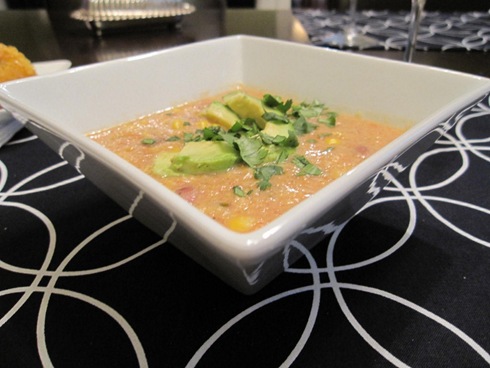 And Trader Joe’s Cornbread Mix! We got this as a Christmas present and it did not disappoint! 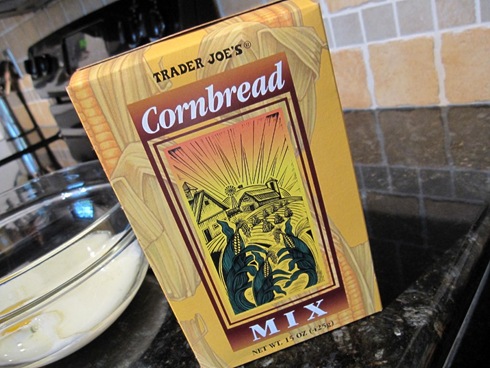 It called for half a cup of oil – no thanks! So I halved that to 1/4 a cup of canola oil and added 1 cup of 1% milk instead. Worked perfectly! The cornbread was super sweet – almost cake like – and perfectly browned. 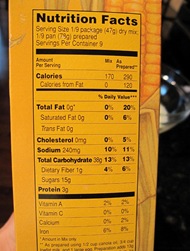 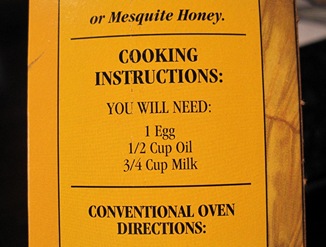 My slice drizzled with honey – 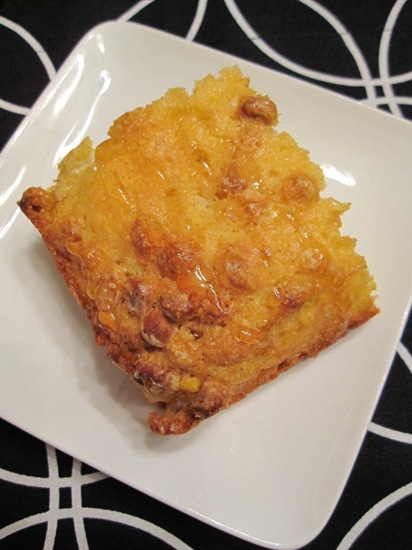 The soup was great too!! I pretty much stuck to the original recipe, but made a few changes. My recipe included: 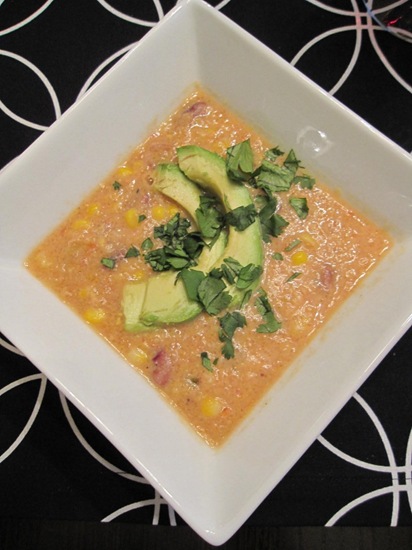 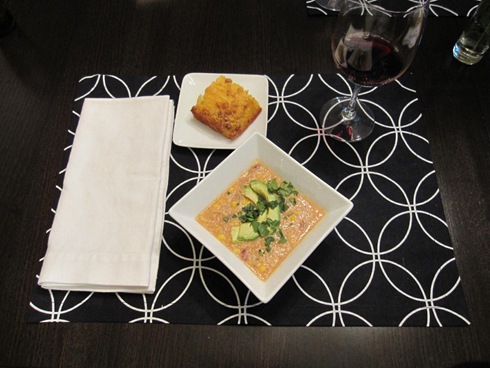 The cornbread was so good I went back for another nibble 😉 Then we put it in the freezer before we all started in on more! 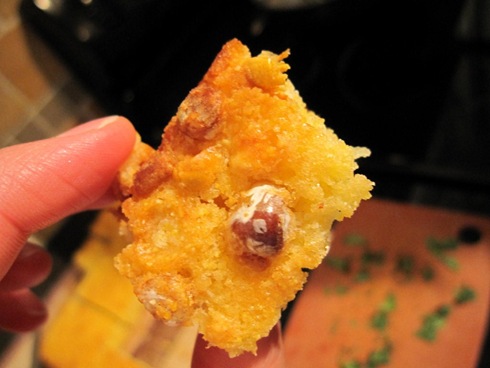