Yeah, I overdid it with the peanut brittle. But I had a super-healthy week and weekend, so consider tonight my Saturday night splurge even though it’s Sunday 🙂 This week should be pretty healthy, but next weekend we are traveling to my husband’s grandmother’s for Christmas dinner (yes, a few weeks early!) so that should be a little challenging since it’ll be holiday food. A true test of my healthy eating ability = grandmother food.

Because of yet another late lunch, I didn’t really snack today. I had some spaghetti squash for a snack this afternoon – mostly nibbling out of the skin! See my video post for the recap.

Dinner tonight was at my mother-in-laws. She’s a healthy eater too and we had beef stroganauf with salad with hummus and baked mini squash. And the infamous peanut brittle for dessert!! I should have picked between the brittle and the wine, but I had both. Oh well!

We opened a bottle of wine from our honeymoon in Sonoma, so I felt obligated to have more than a splash! Glass #1. 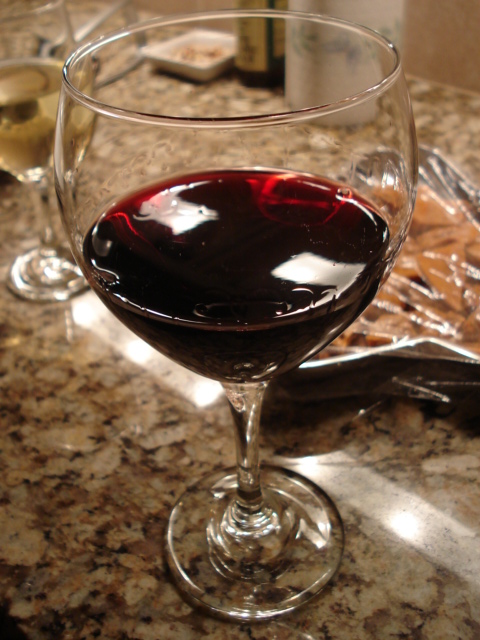 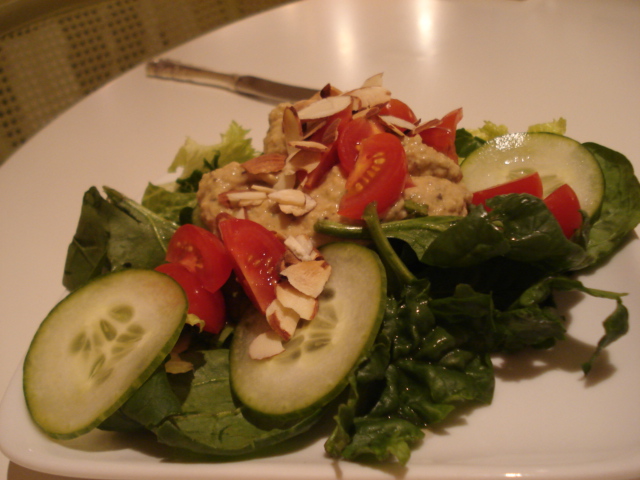 The stroganauf was made with stew meat, mushrooms, stock, and Fage 0%, so there wasn’t any butter or large amounts of anything bad. But it was still probably high in calorie. I tried to keep my portion small. And I’m not full at all! Honestly, we could have had mushroom stroganauf and I would have been happy! I’m not really a big meat eater. 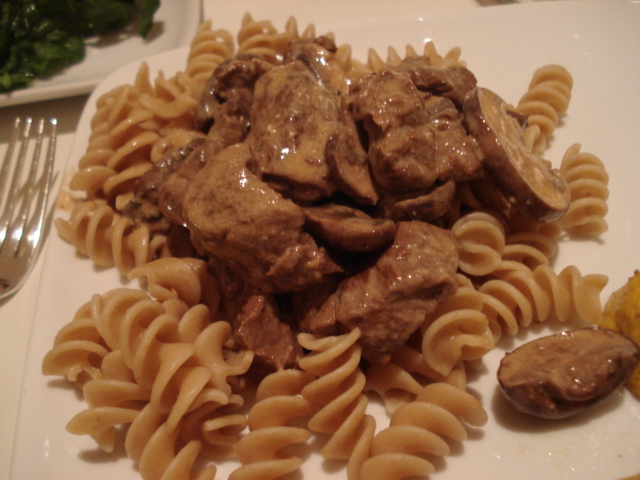 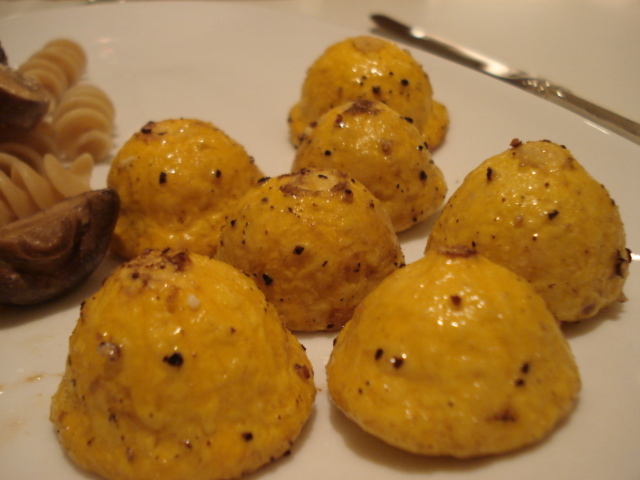 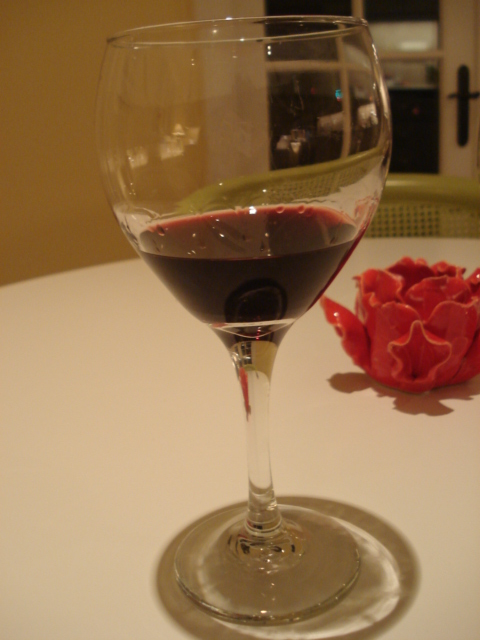 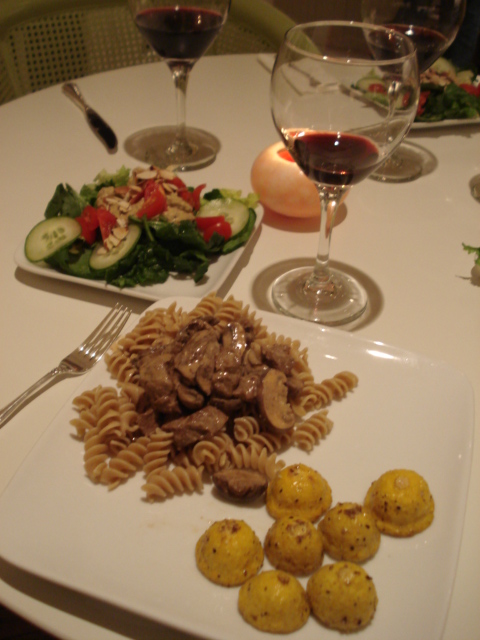 It really wasn’t that much food! Perhaps I overestimated, but I calculated about 600-700 calories for this dinner

Peanut brittle. I’m not sure how much I had. Maybe three times as much as my first serving in this photo? It was homemade and delicious!! And too easy to nibble on! 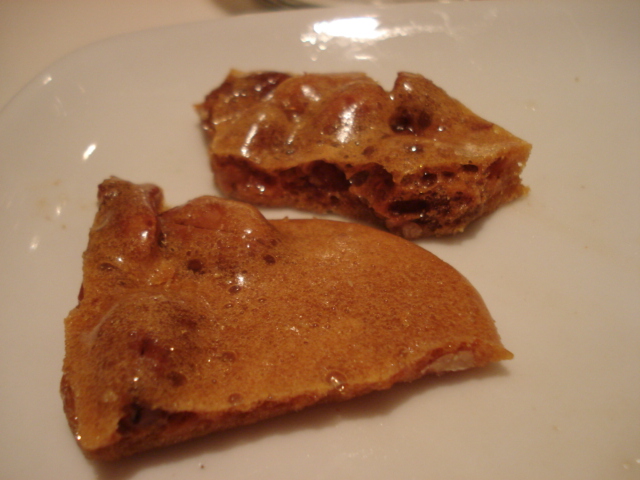 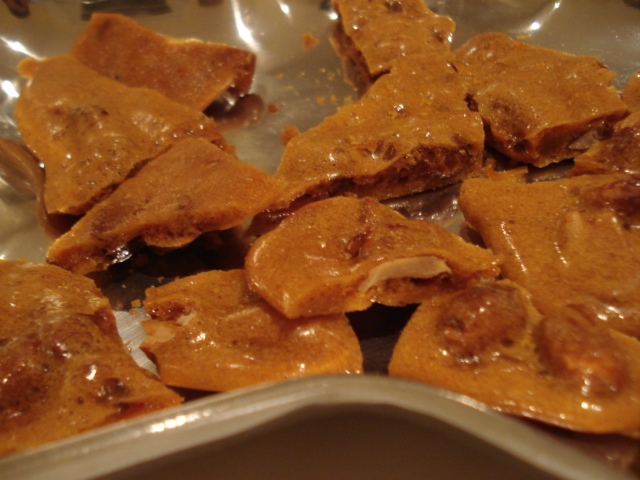 I’m guessing 300 kcal for the brittle and calling it a night. That’s close to 1,000 kcal for dinner, bringing me up to around 2,000 for the day. Not a problem as long as I get back on track tomorrow! But can you see how easily calories add up? If I weren’t counting, I would say I ate pretty healthy, but this meal was way higher than it felt like, mostly from the wine and dessert. You’ve got to choose – a drink or dessert. Both just won’t cut it!

Off to bed….and I still haven’t gotten that Epsom Salt bath!