You are here: Home / Lifestyle / Panko Okra + Other Green Things

I love okra! Although its texture is often named as a dislike, it’s actually my favorite part. The little bit of slime (for lack of a better word…) reminds me of chia seeds. Plus I love the okra flavor. 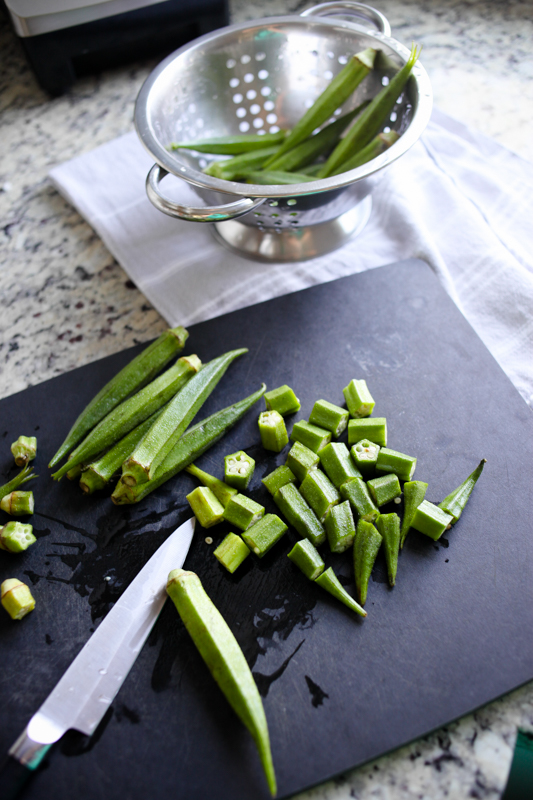 My very old recipe for Better Than Fried Okra remains my favorite way to prepare the vegetable. Although sometimes I just grill or roast up a batch of whole pods and eat them like fries!

We brought home a huge box of leftovers from our dinner at Old City BBQ, and I bought some okra to make as a side. Imagine my surprise when I realized we were all out of cornmeal! So I improvised and decided to try the recipe with panko instead. Turned out quite nice — and extra crunchy! 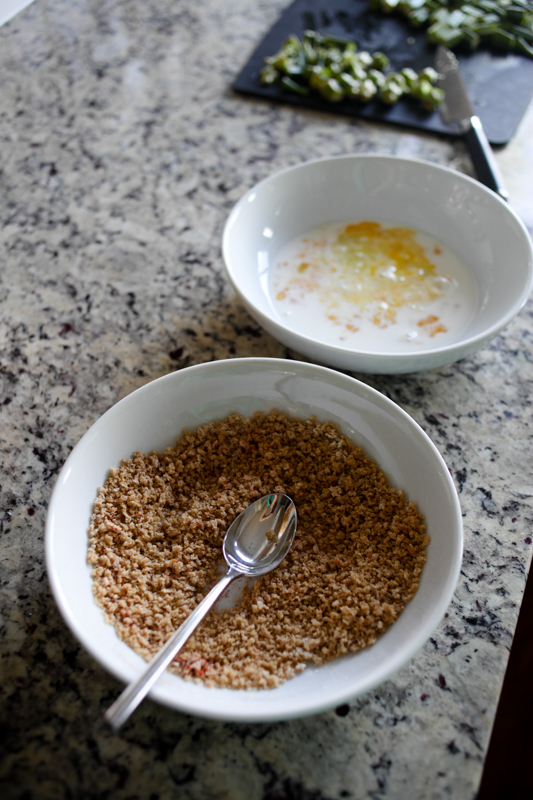 Just like the old recipe, I dipped the okra pieces in egg mixed with a splash of milk, and then rolled them in the panko, which was first seasoned with pinches of smoked paprika, garlic powder, chili powder, and salt. 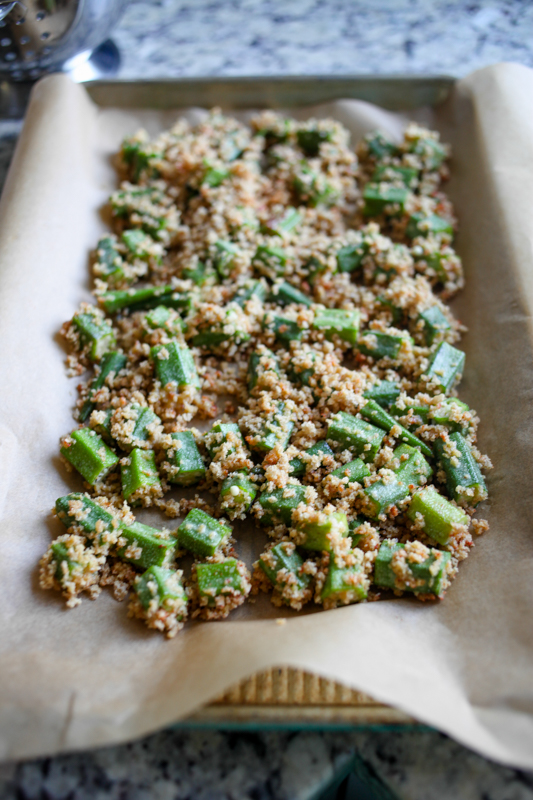 The pieces went on a sheet pan covered in parchment paper and baked at 375 degrees for about 30 minutes, until the panko was crunchy and golden brown.

I think my favorite part was that some of them clustered together like a clustery granola and you could pop them in as one big bite! 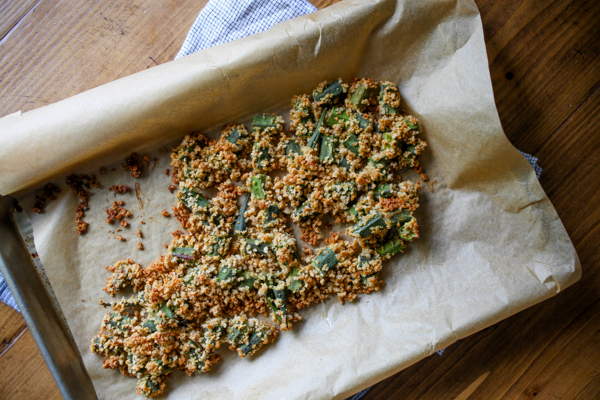 Served with leftovers of all.the.meats (although I did not eat everything here — we just heated up everything to taste!) 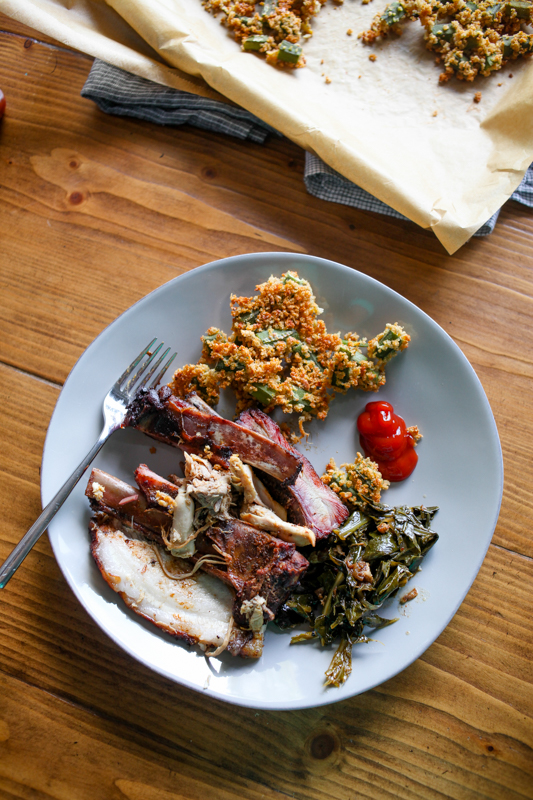 After two days in a row of heavy meat eating I was craving a good vegan meal, so I hit up The Juice Laundry for a big green coco verde smoothie bowl : ) 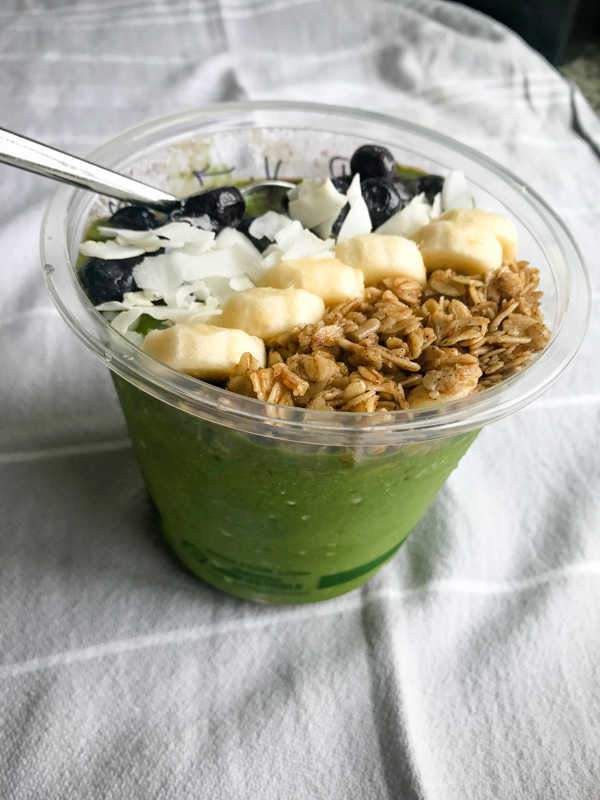 And speaking of things that are green…..guess who got a brand new bike!!! 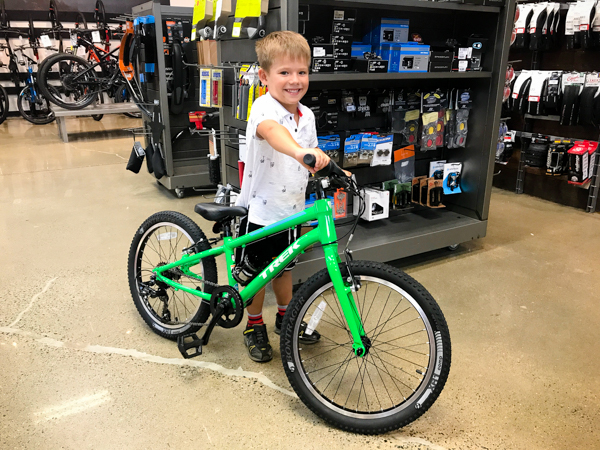 It’s his birthday present, but since his loaner bike petered out on him, we decided that, given the warm weather, it was best to give him his gift early. Mommy was a bit nervous about switching from pedal to hand brakes (visions of him rolling through stop signs haunted my thoughts) but he got the hang of the hand breaks in about two seconds. He’s a natural biker boy! It has been so fun to ride together. 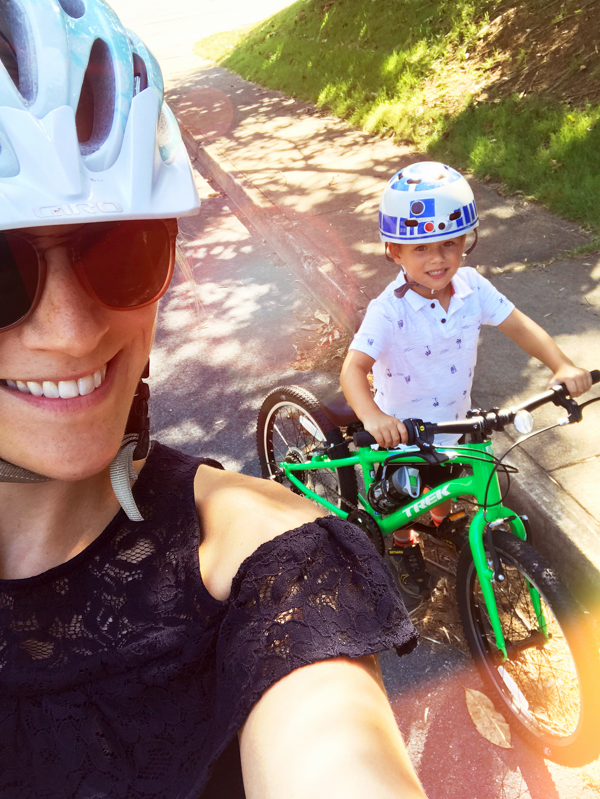