You are here: Home / Lifestyle / One Last Pie, or Crusty McCrusterson

It’s very sad when a holiday is over, but playing at home on an ordinary Sunday is fun too. 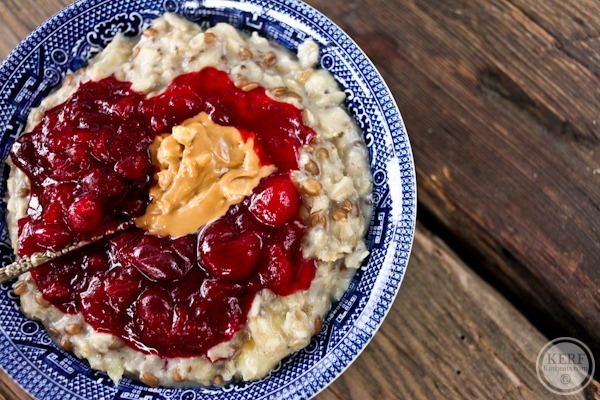 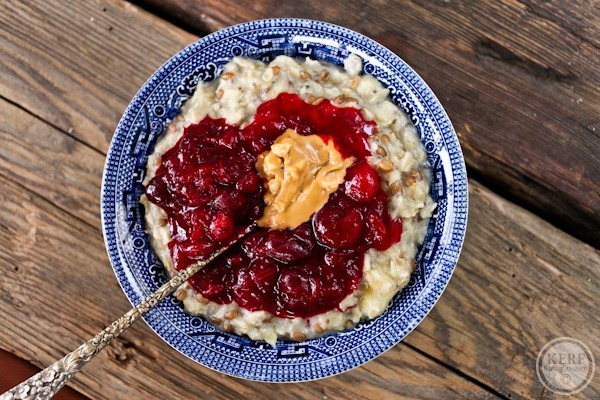 It’s getting too cold for outdoor photography in the morning! 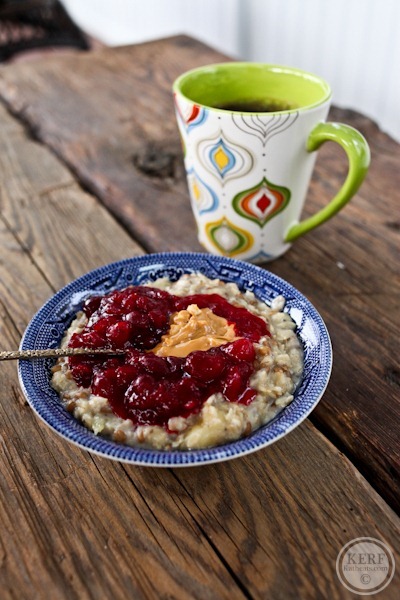 Our yard is so pretty 3 seasons of the year with the leaves filled in, but in the winter you can see buildings that aren’t so pretty. BUT if you look beyond – mountains!! 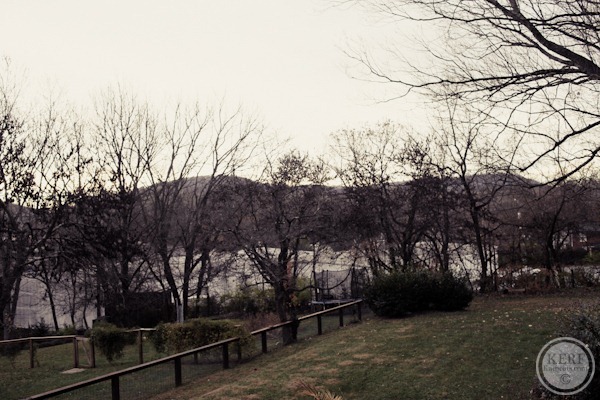 We were blessed with not one but TWO swing naps today. Maybe someone likes his swing now? Hope so. Although I also hope he doesn’t get addicted to rocking naps…  For now we’ll take sleep. We have such a sleep fighter that I am amazed (A. Maze-d) every time he closes his eyes. 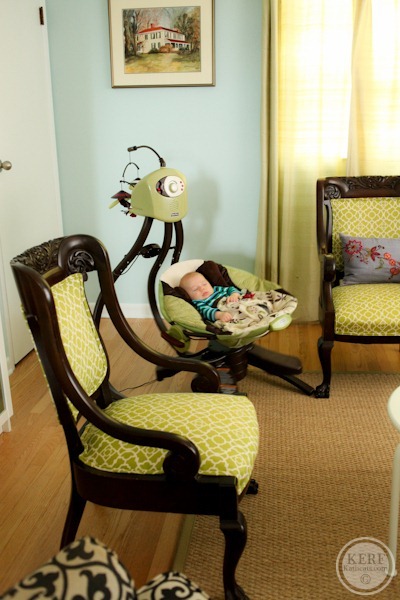 We did all kinds of household chores this morning while M napped. Matt went out running a few errands and I made lunch at 1. 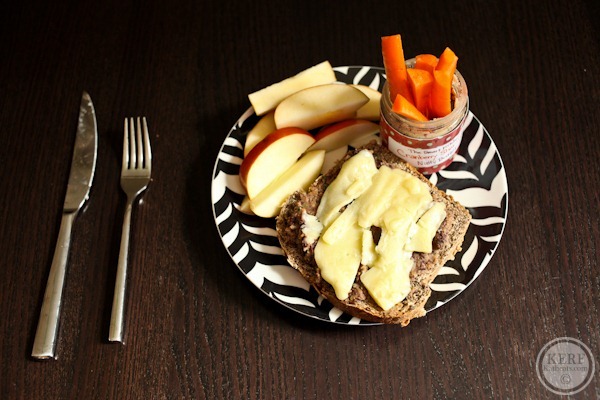 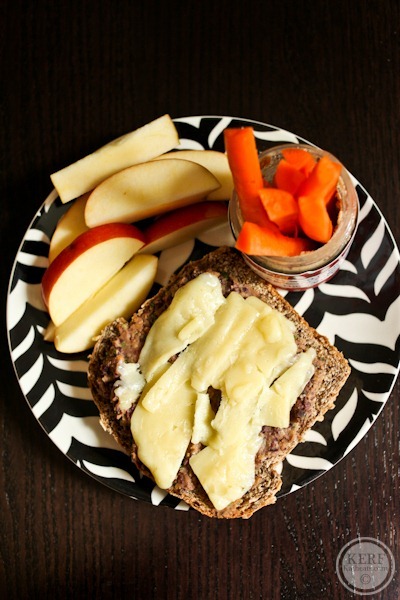 Plus apples slices and carrot sticks, conveniently served in a Nutty Butter jar with just the edges left. 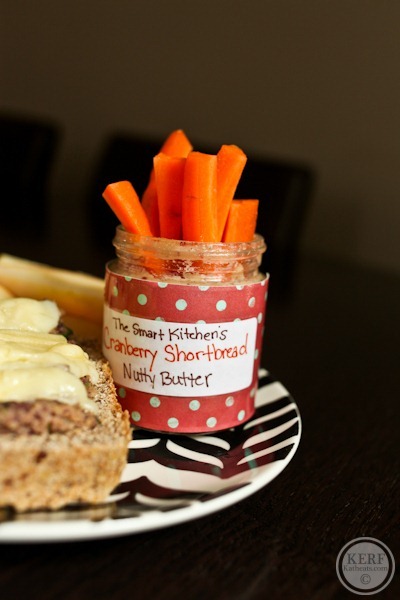 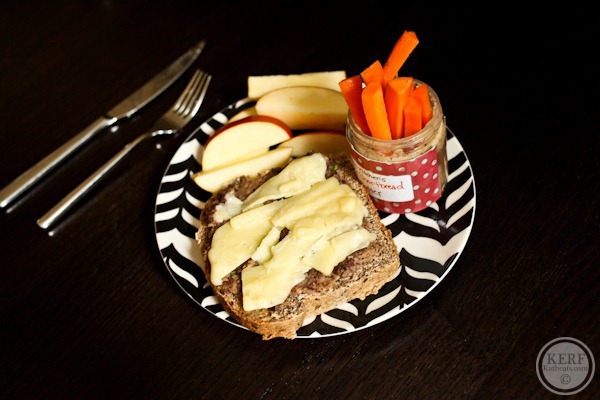 This afternoon we went a’walking with Rosie and Kevin and baby Linden on the Monticello Trail. We did the usual 2 miles up, 2 miles down while the babies floated about. 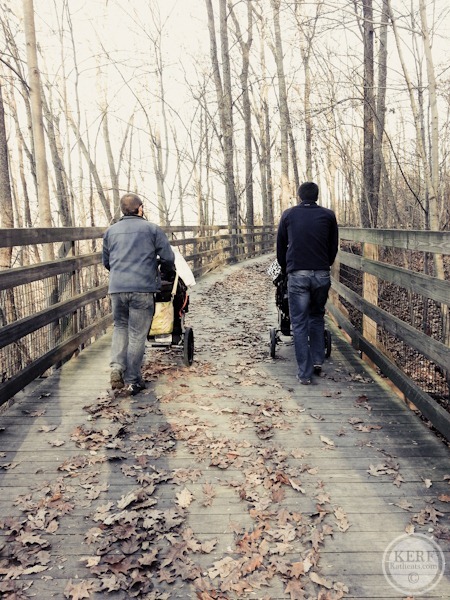 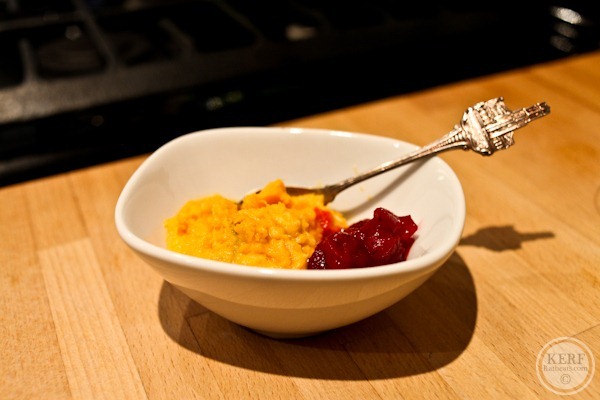 I fed Maze and then scooted off to Whole Foods for our weekly groceries while the boys played tummy time games.

Upon my return, we worked on a quiche for dinner! 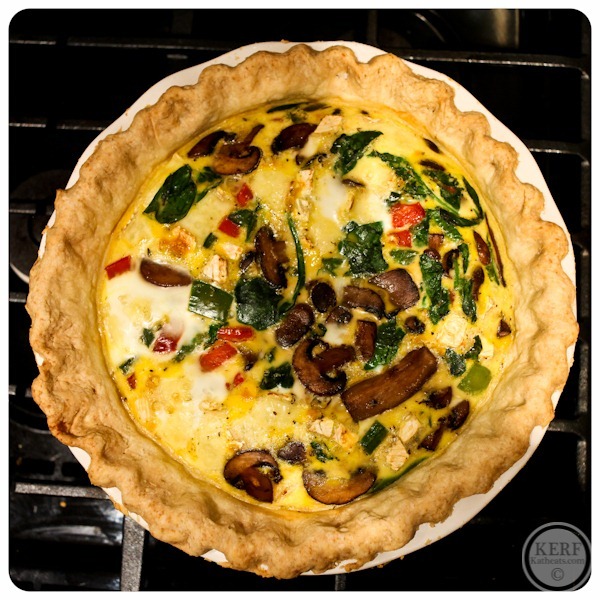 With Matt’s new crust skills, we decided to amp up our usual frittatas with some buttery, golden crust. {Really I was just craving one final Thanksgiving pie…}

The crust was a classic pie crust, just any basic one will do (like this one!).  If you do a youtube search for “how to flute a pie crust” there are several videos that teach you how to make the edges look nice.  My advice having done so many pies at the bakery last week: You don’t have to worry over having the rolled out crust be perfectly circular.  Roll it larger than the pie pan, lay it in, and then fold under the edges so that you have a big tube of dough sitting on the outer edge.  Then begin fluting.  If you look at the picture above, you can see that I didn’t get it perfectly even, but the fact is nobody notices or minds!

About half the quiche recipes out there tell you to prebake the crust, and we weren’t planning on it, but then 1) our crust was a little thicker than normal, 2) we had some extra time while the veggies cooked, and 3) I was worried that with the ceramic pie dish there might be problems with taking longer to bake.  So we prebaked it after all, for 8 minutes at 350*.  No pie beans or marbles, just popped it in after docking the dough.  It wasn’t very set after 8 but we felt it was enough of a head start.

Inside the crust dough we put cooked mushrooms (1 cup), peppers (1/3 cup) and greens (1 cup), and then some sliced brie cheese!  The veggies got salted during their sauté.  Then we poured in a beaten mixture of 5 eggs and 3/4 cup milk (2%) and put it in the oven. 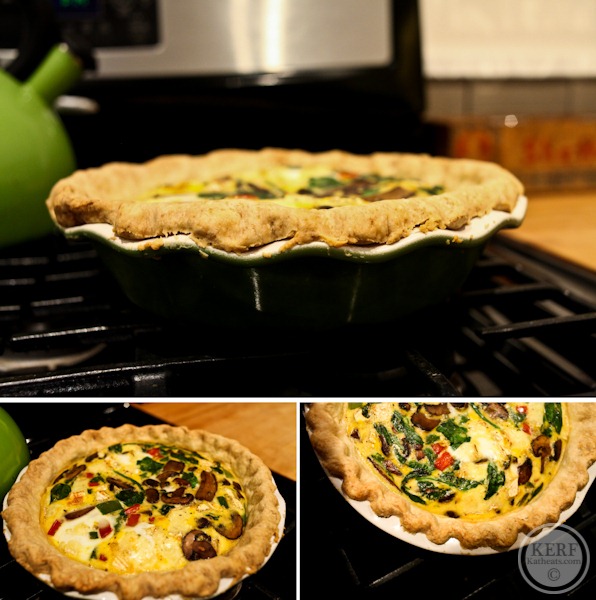 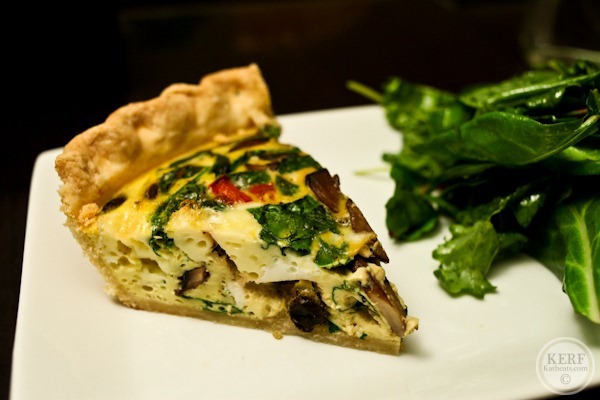 Baby got back. Obviously the crust was the best part! 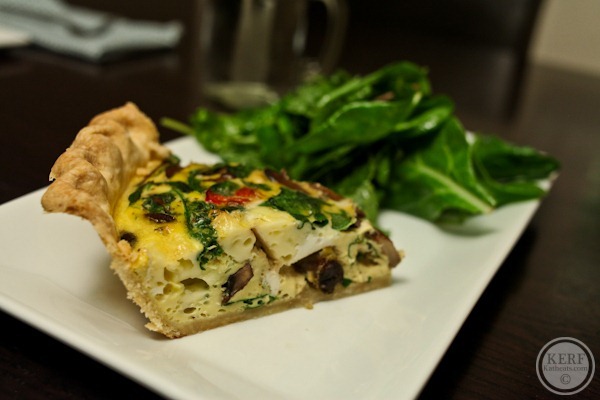 We served the quiche with a simple greens salad dressed in a vinaigrette of equal parts apple cider vinegar, honey and olive oil with a pinch of salt. 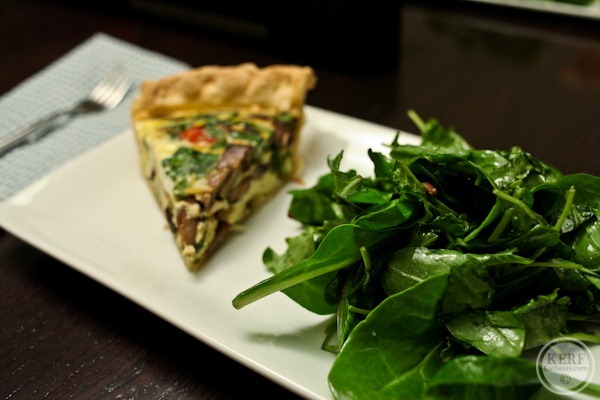 I went back for another sliver of quiche. 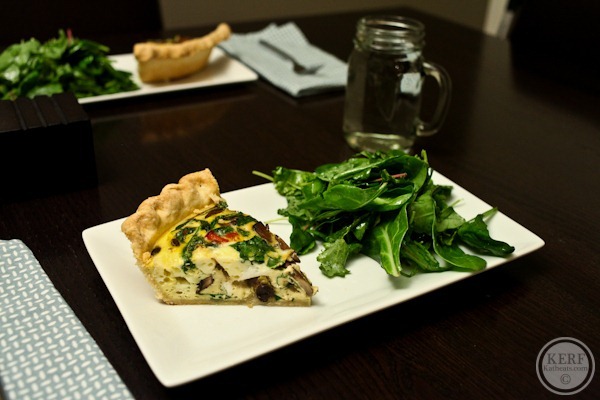 And now….this is happening. We decided because we have a tiny elf and are spending Christmas away from home that we weren’t going to do a big tree this year. When I saw these tabletop guys, I knew it was the perfect compromise. May the decorating begin! 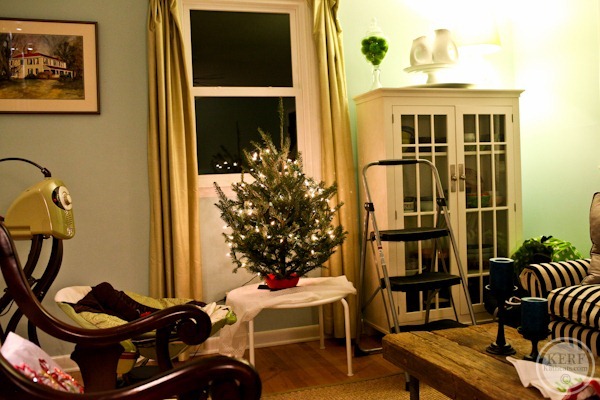