I’d give myself an A-. I pretty much stuck to my plan, but I also didn’t snack this afternoon aside from the apple slice (not because I was starving myself to prepare for the party but because I just never got hungry!) So that gave me a little more wiggle room, which I used 🙂

Stuck to my plan, except I did try the beef. But I only had one bite and gave it to the husband because it was indeed, not worth it. The veggies were pretty oil-drenched, but they were good. The lobster lollipop (on the far left, on a stick) was really small, so I had 3 instead of 2.  The crabcakes were bigger and creamier than I planned. the chicken skewers were good and small. The pork tenderloin with bacon (right in the middle) was AMAZING! And the smoked salmon – all the way in the back – was great! 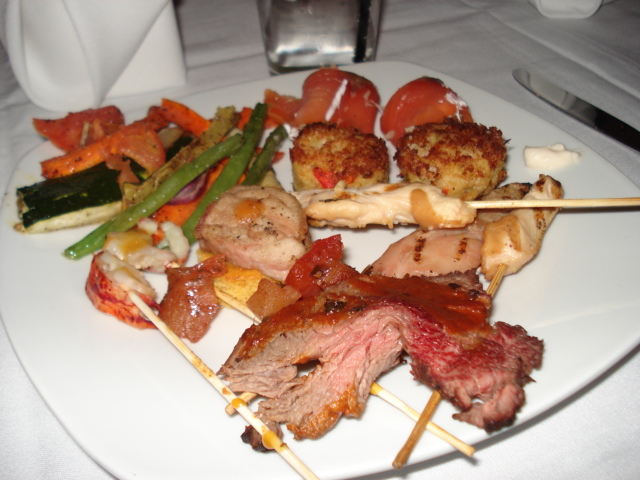 I tried to only get what I wanted most: veggies, 2 small salmon rolls, a cocktail shrimp, a third lobseter pop, and a third crabcake. Plus some apple chutney that was REALLY good for the filet (but I skipped the meat!). Honestly, I’m not really that full! 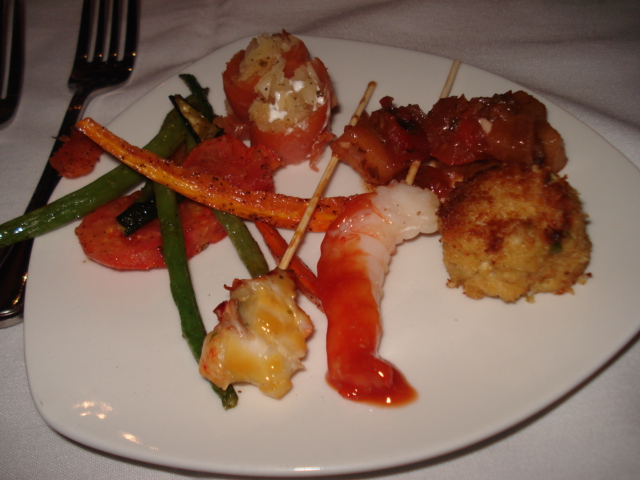 Instead of just the mud pie I had a little of each.This is pretty zoomed in on a small plate, so the portions are really like the size of a tennis ball for the buckle and a narrow deck of cards for the mud pie?? 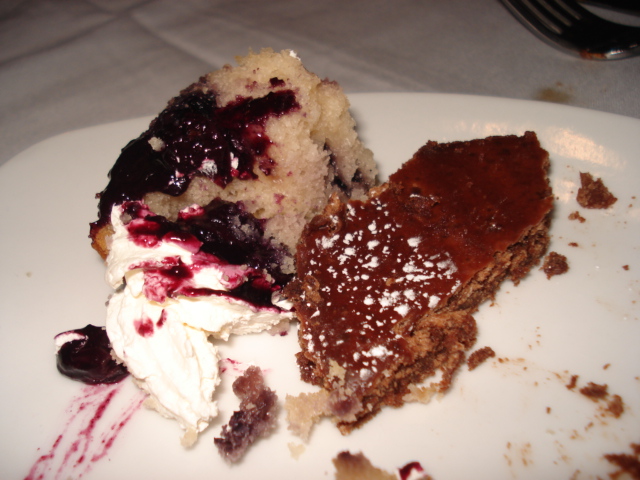 I have to admit, I had another 50% of this portion of mud pie a little later. It was good and too easy to grab! But just another small bite.

I stuck to my club soda and lime and admit that I missed the wine that everyone else was having. But now that I’m home I’m glad I didn’t have wine too, since we did get to sample (BIG samples!!!) some of the microbrews. I probably had 8-9 oz of beer, which I sipped quickly and didn’t really enjoy as much as I should have thanks to the rush of the tasting bar. I didn’t have the space to take photos of my samples, but picture three 4 oz glasses of beer, half drank!

Here’s a blurry (sorry – it was the photographer!) photo of me and the husband! 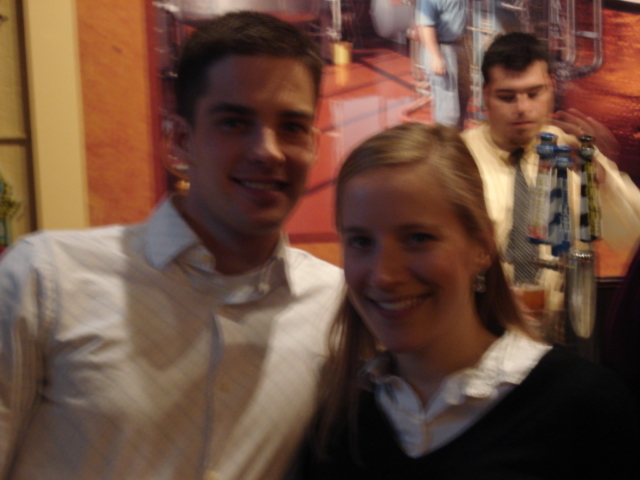 All in all, I think I did GREAT!! Small portions, advanced planning, not too much alcohol. As always, it could have been a lot worse!!! I’m pretty sure I stayed within my calories too.

Give or take some for hidden calories, I’d say it was a great day!

See you in the AM