I never really got to rest today, but it was all nutrition fun! Thanks for all of your emails about the nutrition counseling! 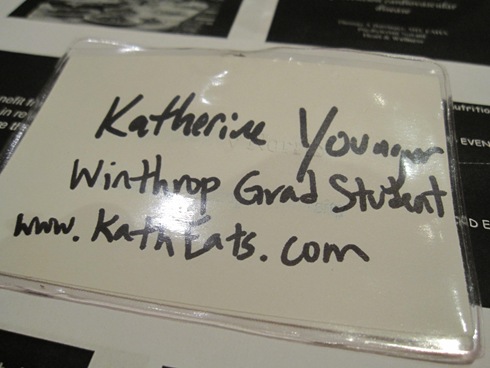 The Charlotte Dietetics Association meeting was a lot of fun. It was held at 131 Main and was free to the first X number of RSVPs – I snagged one!

Alcohol was not included, but it was festive so I ordered a glass of Chardonnay – the butteriest they had. 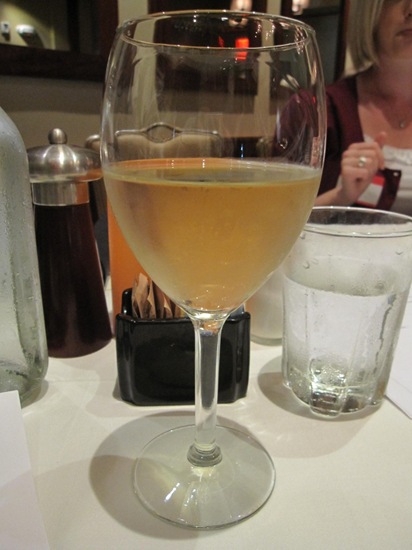 The menu options included a Thai Steak Salad, a Seared Tuna Salad, Roasted Chicken or a Soup/Cobb Salad combo. I chose the tuna –

The tuna was great – perfect crispy on the outside and rare on the inside. 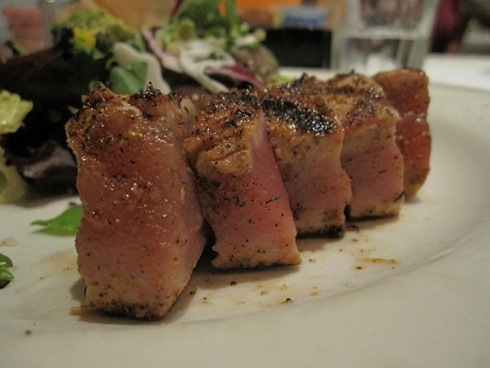 I had to snap these photos very quickly since our speaker had just started! A few of the other R.D.s asked me what I was doing and I happily gave them my new business cards. Hopefully they are checking it out tonight! Hi ladies!

The salad included mango, avocado, ginger cabbage + lettuce with the dressing on the side for me. 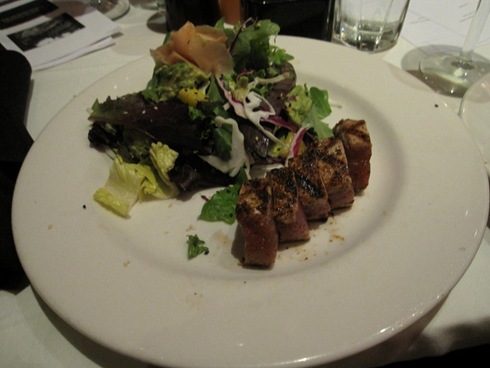 Later on they brought out key lime pie for dessert but I DECLINED!! So unlike me, but I decided I wasn’t really craving it and should just say “no thank you.” It was quite easy until I saw what I was missing! But I wasn’t going to order it after the fact, and am now glad I turned it down. Sure looked good though! 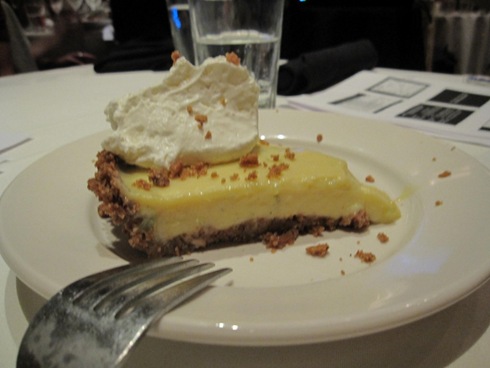 My tuna salad was perfect at the time, but a little on the small side, and I was missing some grains, so it’s no wonder that an hour or so later I got hungry! I decided on a piece of PB&J toast on an end piece, which hit the spot. 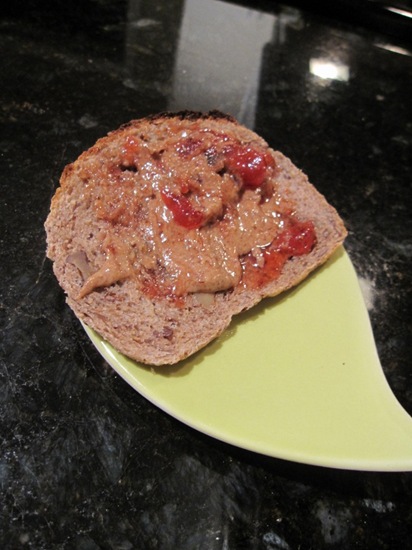 I’m pretty tired and going up to read in bed.

Poor Matt worked a 15 hour day today (starting at 4am!) and is pulling another one off tomorrow since we’ll be in New Orleans on Friday and he wants his 40 hours in before Thursday. He’s gotta be tired! But he said when he came home “I could have worked another 8 hours,” so you know he loves his job, and that makes me happy.