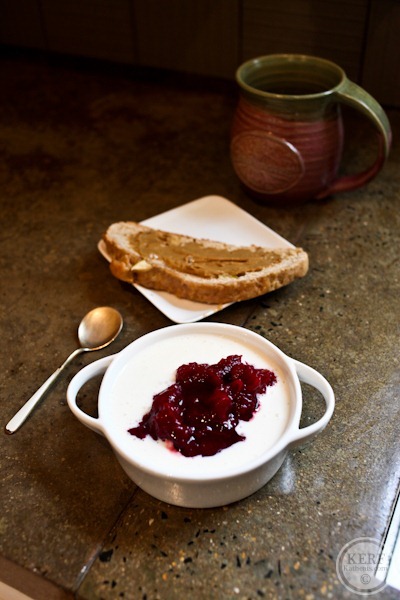 Breakfast on the go this morning – I was in a rush to get out the door! 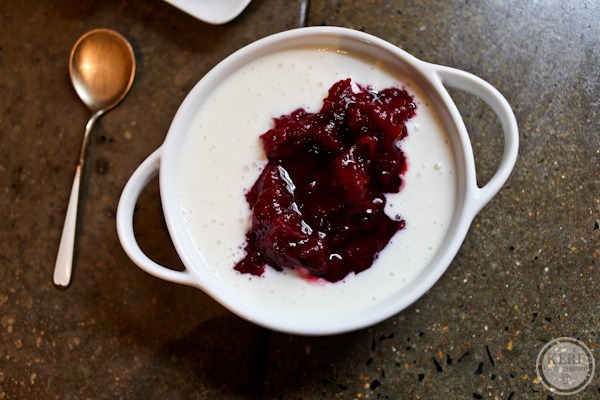 And a slice of Apple Scrapple with sunbutter as toast 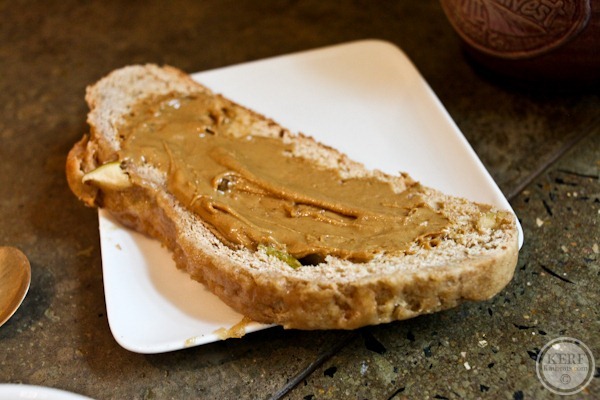 Lunch was a split effort between Karen and me. She brought in BBQ sandwiches from the new Ace Biscuit & BBQ here in town. They opened this fall and serve pastured pork, biscuits and soul food for breakfast and lunch. 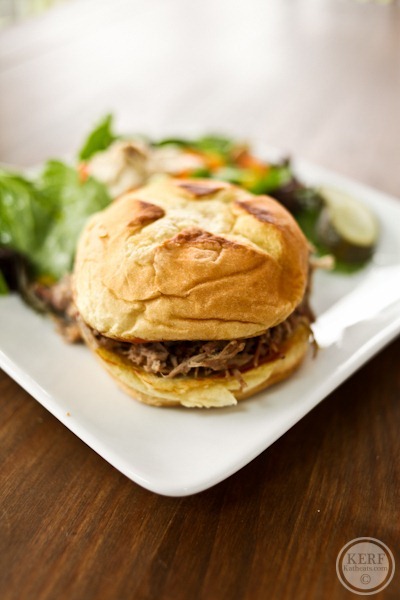 I ate 2/3 of the BBQ sandwich, which was really, really delicious. The pork was tasty and I loved the Virginia-style BBQ sauce Karen picked out from the selections (Western Carolina style is hard to beat!) The Virginia sauce was thick and rice and had a hint of spice – like there was some apple cider involved. 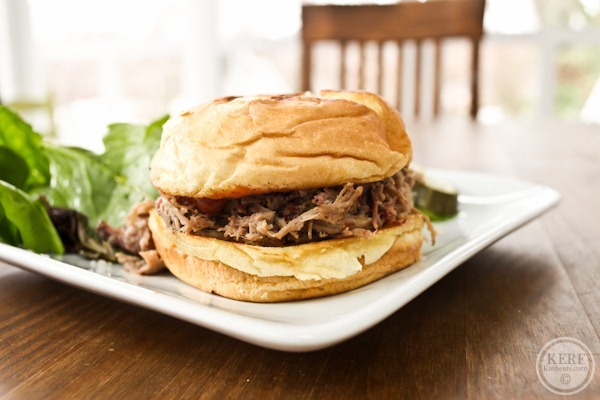 The best part of this sandwich was the fluffy grilled egg bun. So much better than a floppy white roll. 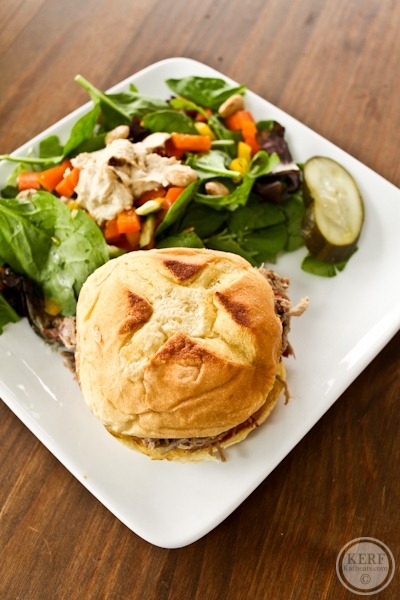 I made salads for the green part of the lunch. Mixed greens with veggies and TJ’s white bean hummus. 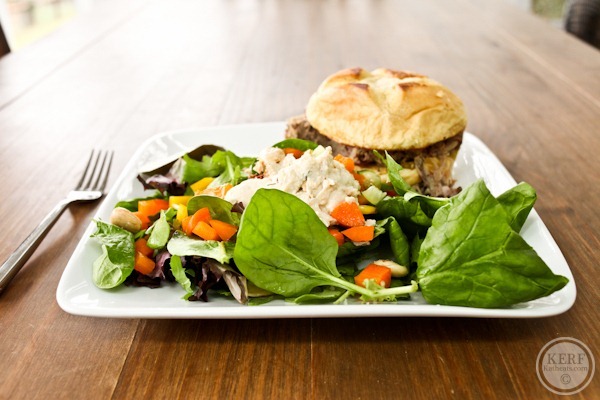 This went into the crockpot for dinner. A soup mix by Frontier, which we sell at the bakery. 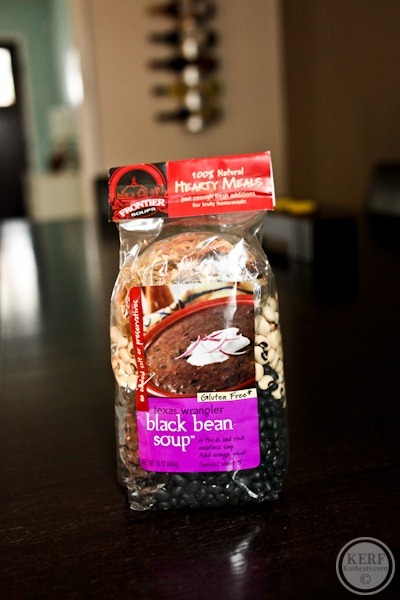 While the soup simmered away, Matt, Maze and I were busy drinking milk (Maze) and eating cookies (K+M) at the Beyond The Flavor cookie swap! 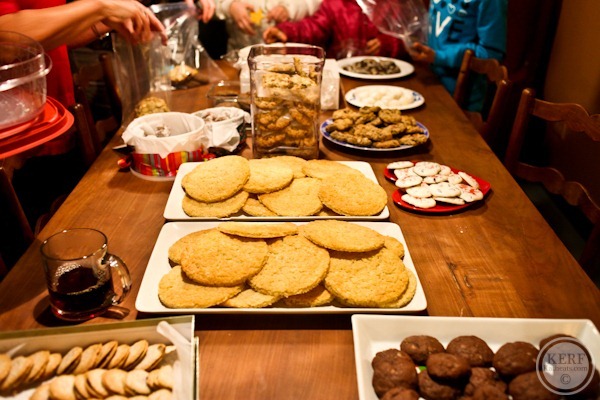 Sarah, Andrea and Megan organized a gathering open to the public – come one, come all and bring cookies to share! The event was attended by an intimate crowd, and the cookies were all creative and delicious. I brought my bourbon balls and came home with a baggie filled with everything from peppermint meringues to coconut lime cookies provided by the host Paradox! Most of the recipes for the cookie swap will be posted on Beyond The Flavor soon. 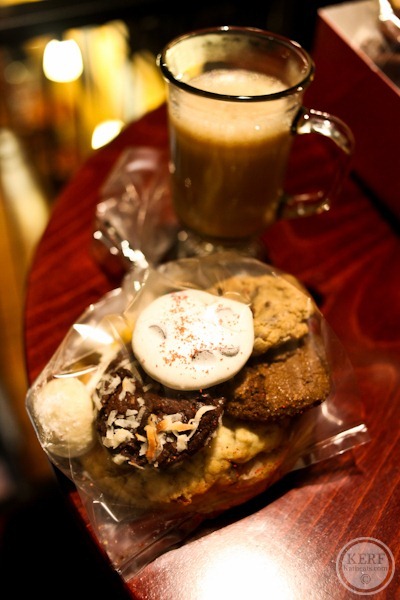 While we were there I also sipped on some decaf coffee 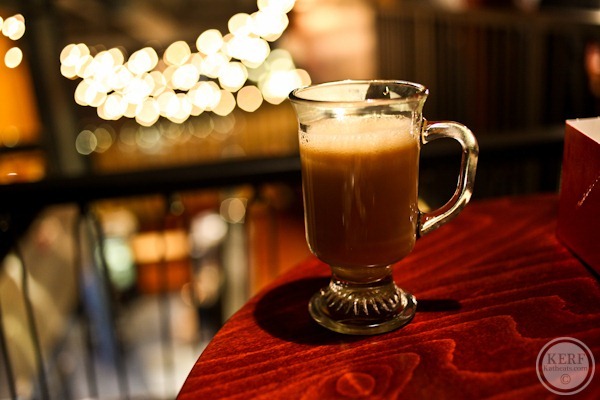 I ate a few cookies at the party, so dinner was a mug of black bean soup with greens mixed in and Greek yogurt on top – 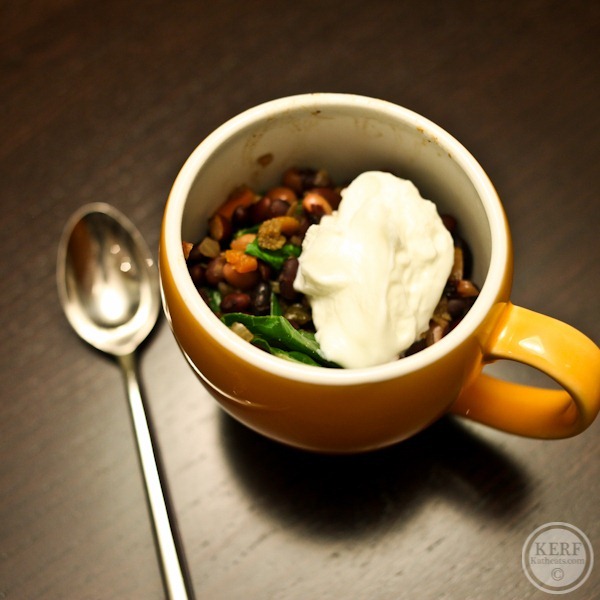 And cookie tastes for dessert! I had a nibble…ok a bite… ok a BIG bite of every one. Favorites were Megan’s peppermint meringues and Anita’s double chocolate chunks with sea salt! 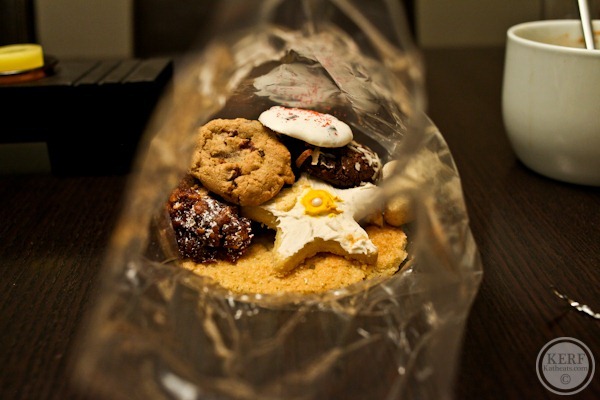