You are here: Home / Lifestyle / Mattblogs.com

Hi, Matt blogging here because Kath didn’t have time this morning!  She’s doing some sort of yoga-jamboree today so she had to be out of the house early.  She also wanted to bike there in the amazing Springish weather we’re having, and I accompanied her.  I don’t really know much about the yogafest, but I assume it’s something like this: 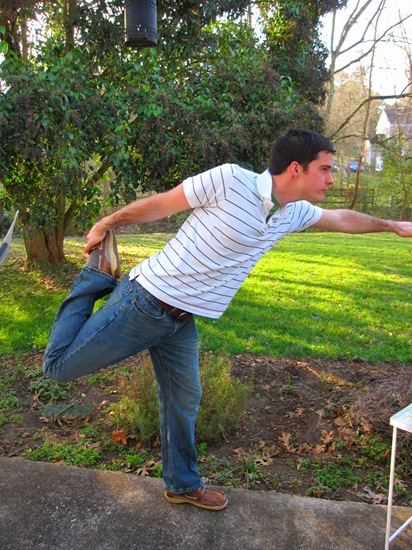 Actually, it’s probably closer to this: 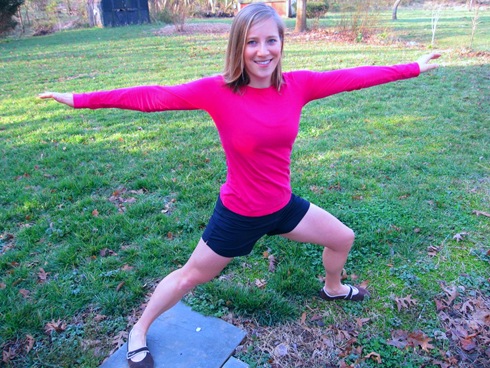 The day began with a delicious cup of french press, and a blend of oatmeal and Great Harvest Nine Grain Hot Cereal mix. 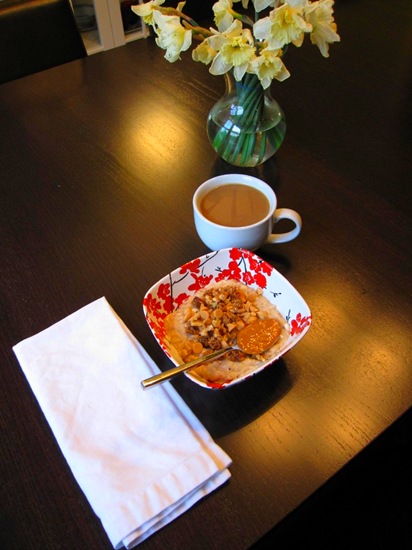 Personally, I’m a fan of stirring in all your toppings, but I can see the benefit of leaving them on top when it comes to blogging.  Let’s see, I can detect some peanuts, butterscotch chips, walnuts, and some sorta crumbled up granola bar.  Serve with a gooey spoonful of one of the 10 nut butters we have in our cabinet. 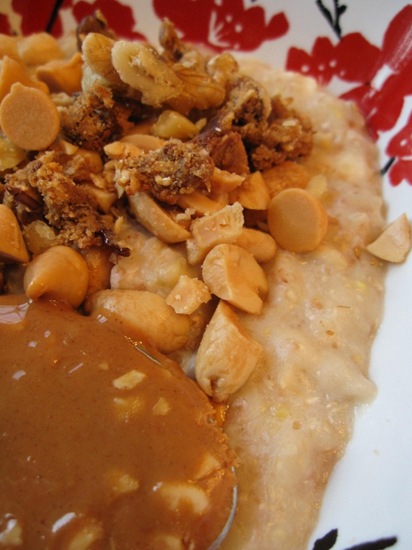 I like adding the nine grain to the oatmeal because it’s just enough to give it an extra nutty taste and a little bit of texture, but you still get the volume of oats.  Nine grain by itself seems a little sparse for breakfast, ‘specially when you have hours of yoga ahead. 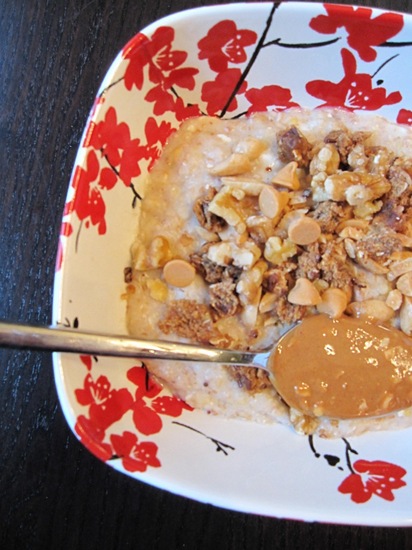 I don’t know why this next picture is on the camera because I don’t remember her eating these, but here ya go: 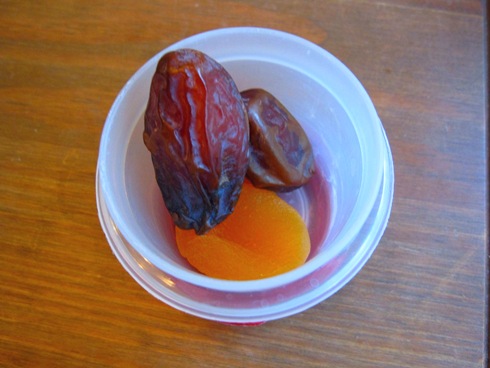 Well, I’m off to brew beer while the wife is out of the house.  Today’s got lots of potential for greatness!