You are here: Home / Recipes / Laughin’ In My Sleep

We are having some major sleeping issues around here. First me for the two nights I was in the hotel. And then last night Matt was awake at 2am and never really went back to sleep. He finally got out of bed at 5 and I mumbled “You can make the buckwheat bakes to be ready at 7 if you want” and fell back asleep. 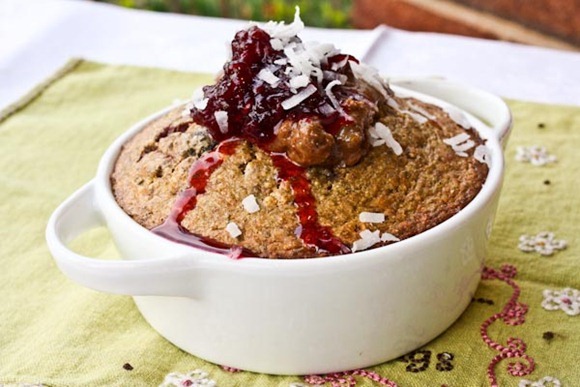 I didn’t sleep all that well myself – it was HOT! We have our heat off and the house was 69*! We should have opened a window, but all of the storm windows are still down.

Lastly – Matt said I was LAUGHING in my sleep last night! I guess that’s better than crying!?

I also had dreams about airports, kale chips and MamaPea…

So were the buckwheat bakes ready at 7? YES THEY WERE! 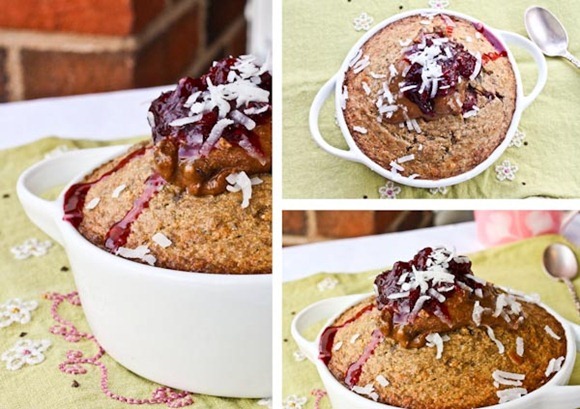 Go Matt! Luckily I had prepped the dry ingredients last night and left a post-in for myself with the wet measurements so he was easily able to find them. I think I also mumbled “Edible Perspective…” in my sleep too.

Inspired by Ashley at www.edibleperspective.com and her Blueberry Coconut Cream Buckwheat bake! This guy is made from buckwheat flour, which you can make in a blender from raw buckwheat groats. I suspect any kind of flour will work. The frozen fruit plumps up and tastes like pie!
Prep Time 5 minutes
Cook Time 30 minutes
Total Time 35 minutes
Servings 1
Author kath younger 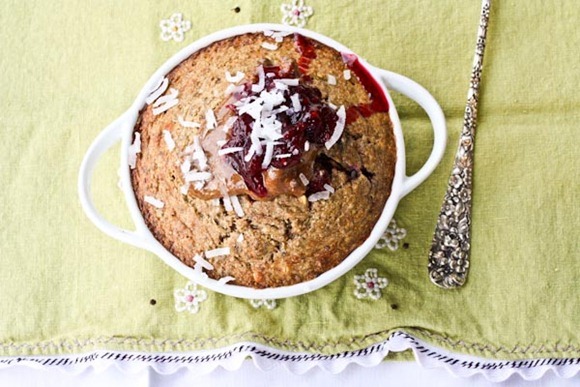 Dig in! I left it in the ramekin for easier eating, but I actually think removing it is more fun! 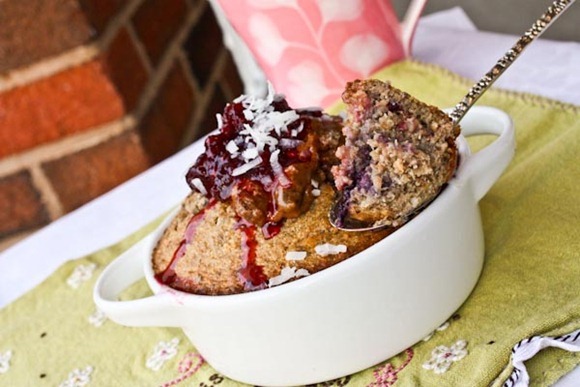 Peek in there to see the fruity pie filling! 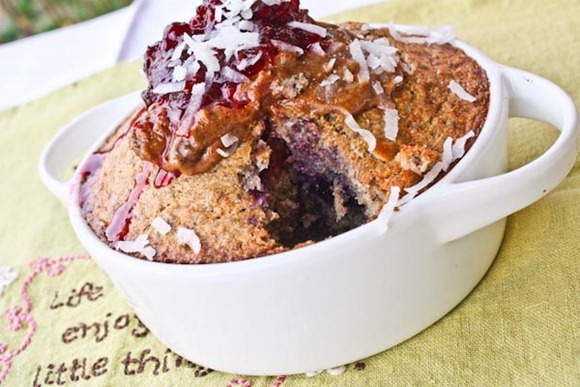 Half a cup of coffee. My body is SO over this caffeine withdrawal. I’ve felt hungover many mornings recently. I think I need to ditch it once and for all – or go back to drinking a full cup! Ahhh. [FYI, I don’t think there’s anything wrong with coffee – in fact I think it’s good for you – but I just hate being addicted to it!] 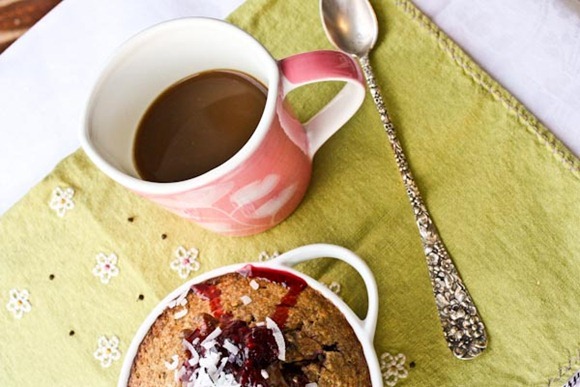 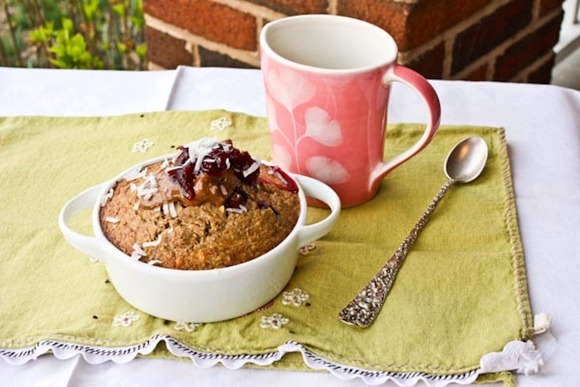 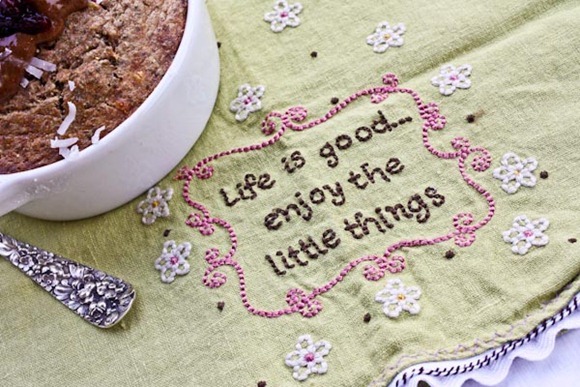