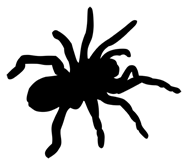 I’ve always loved Halloween and have very fond memories of walking around after dark as a kid. I remember one Halloween it poured and I had an umbrella with a curved handle that I dangled my bag from. And then there was the year it was probably 20* and I wore some kind of dance costume with tights and had to cover it up with a coat all night. For my very first Halloween I was a clown with a ridiculous red lipstick mouth. I am not sure if it was cool to be a clown in 1985 because Matt’s first Halloween costume was also a clown! 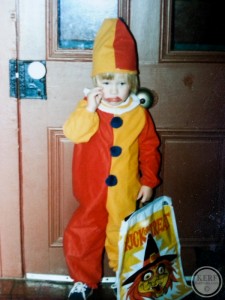 Our little dinosaur has been practicing, but I have no idea how it’s going to go! However it goes, I promise not to do this!! {What’s your favorite You Tube video? Mine is a tie between Patty Cake Cats and Japanese Dinosaur Prank!!!)

Appropriate for the week, I had a lot of orange breakfasts. First up – good old pumpkin oats with 365 almond butter and Nature’s Path granola on top. Smooth and crunchy! 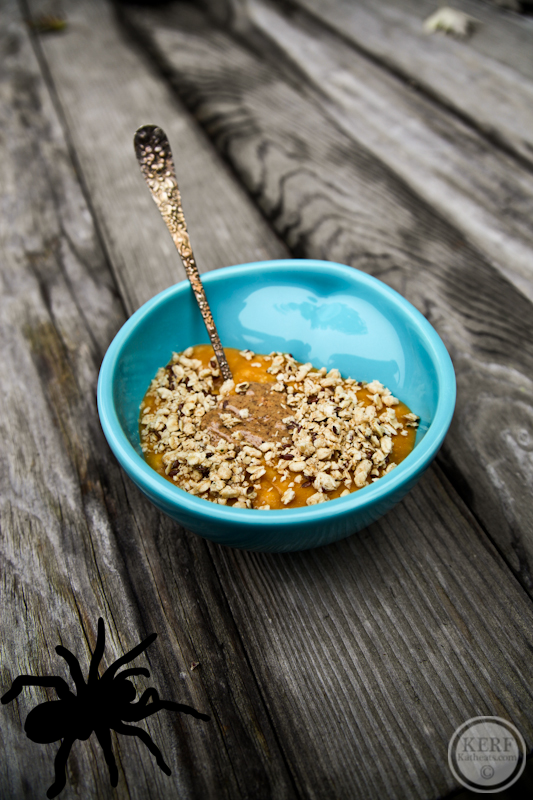 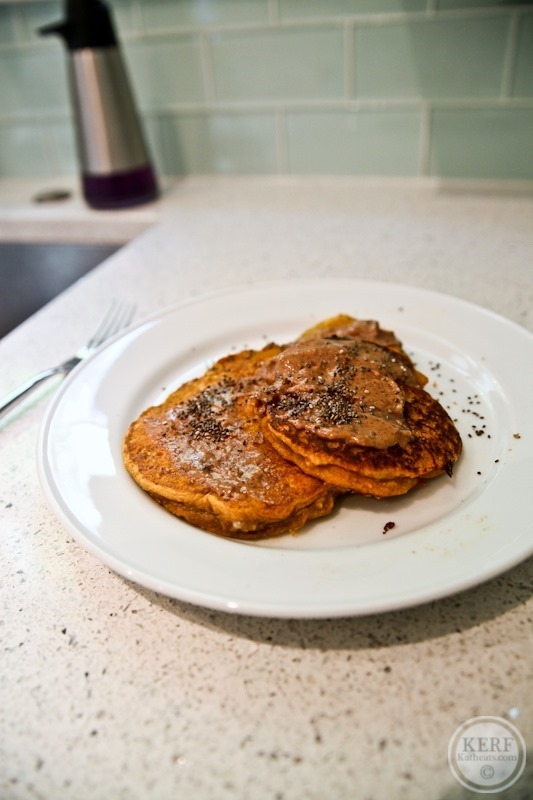 Some pumpkin swirl bread that my friend made served over yogurt with banana, Barney Butter and chia on top. 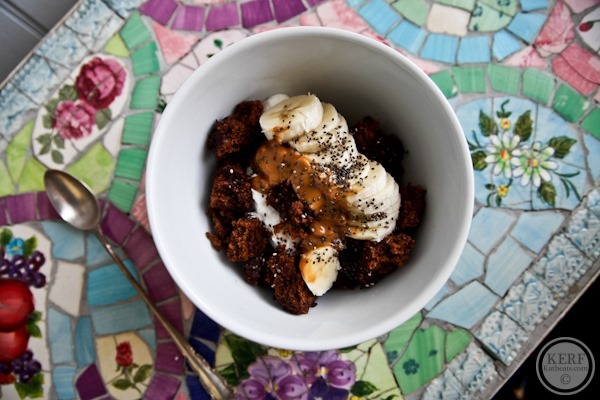 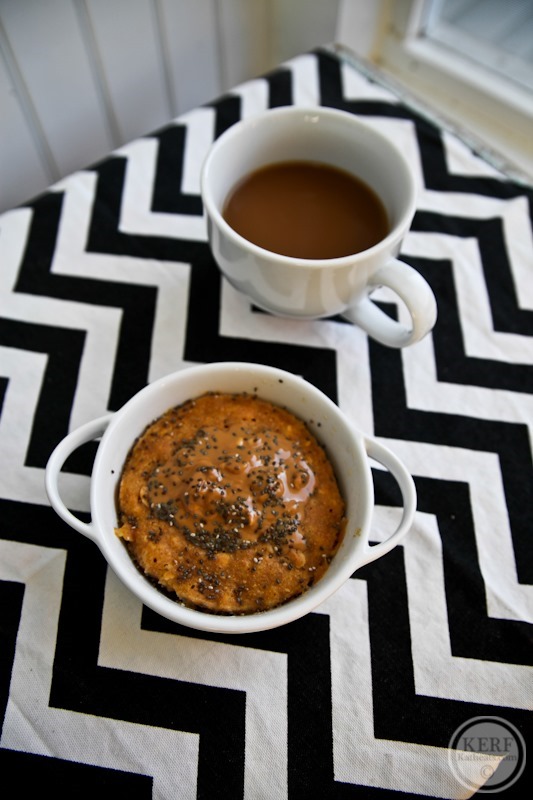 Followed by the apple version. Yum! 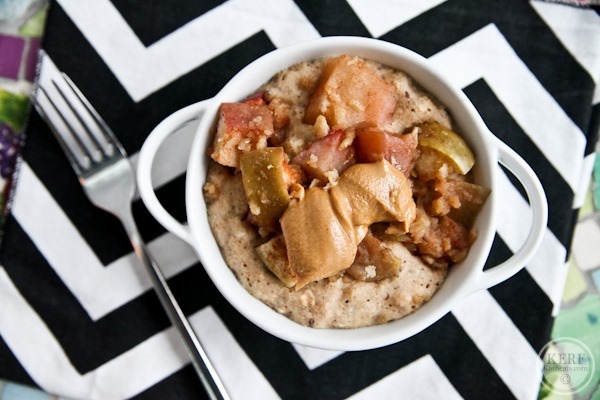 A No Bull Salad with blue cheese, leftover roasted cauliflower and pickles! 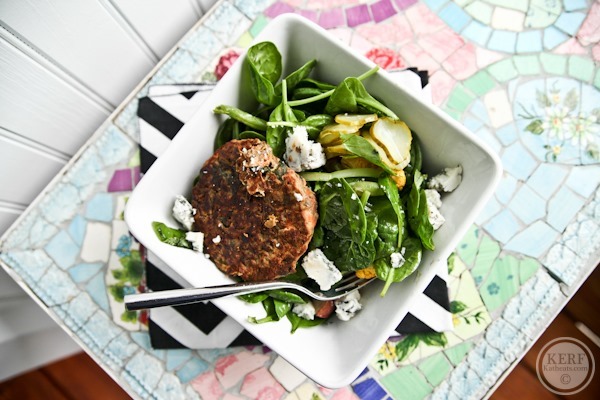 Another bowl of leftovers – noodles, chicken, sugar snaps and greens on the bottom. 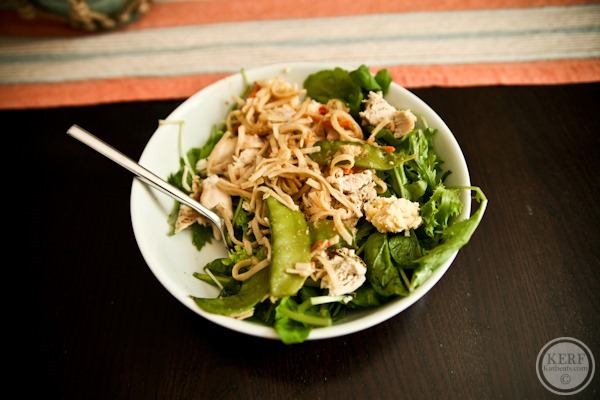 And greens in homemade dressing with peppers, Everona dairy cheese and pumpkin swirl bread on the side. 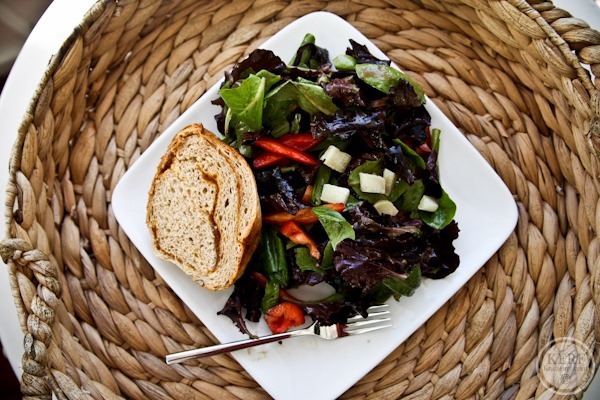 I had two lunches out last week. The first was to Paradox to get some work done. I had a bowl of their Cuban black bean soup and a Hot Toddy cookie on the side! (The cookie was ginormous so I brought half home, for the record) 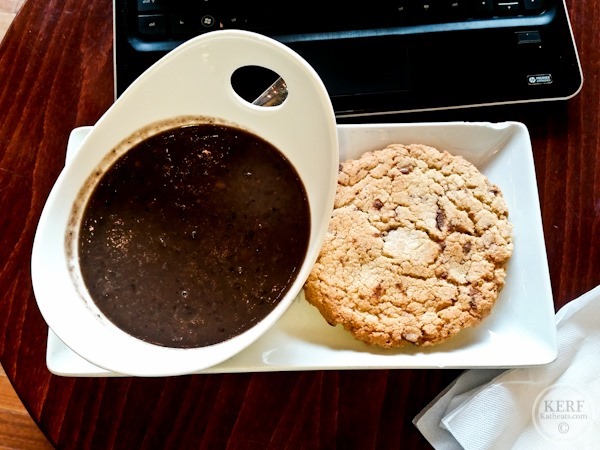 And later in the week Mazen and I went on a lunch date to Eppies after preschool. 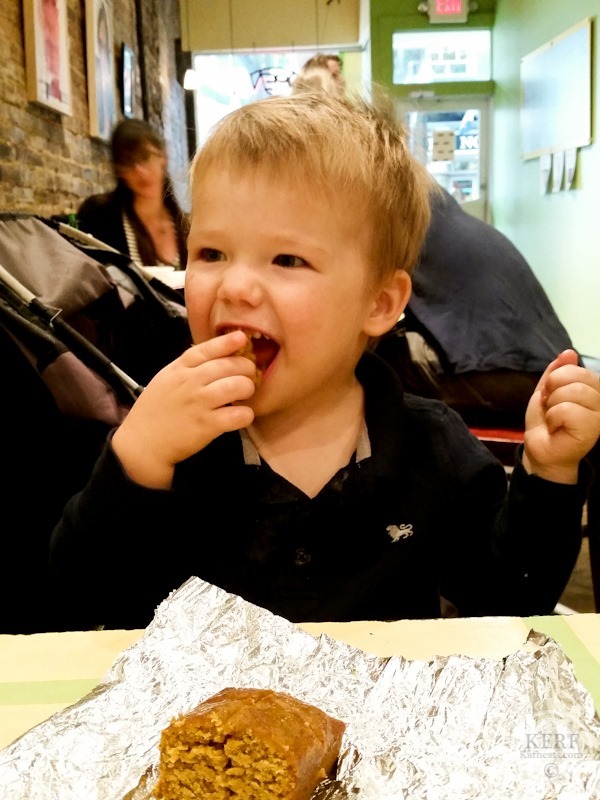 We shared this huge veggie plate plus some pumpkin bread and macaroni! The pimento cheese grits are sooooo darn good!!! 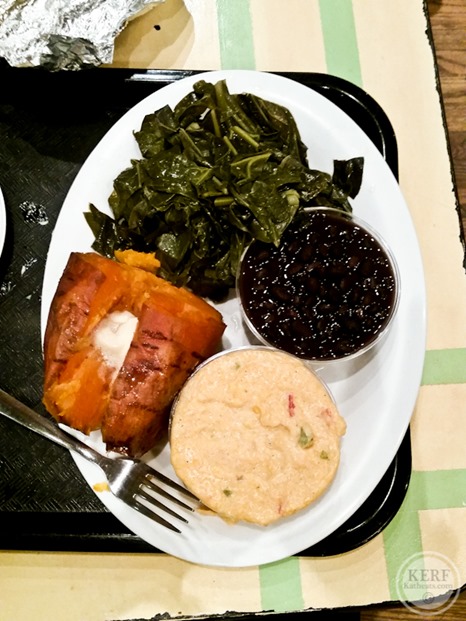 The first is a quick n easy night when Matt and I were both tired. We bumped our meal plan back a day, and I whipped up some scrambled eggs with melted cheese plus green beans and parmesan and avocado that Mazen rejected. 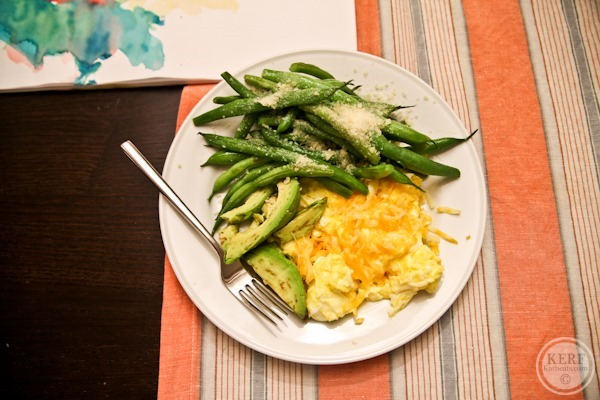 We did a handful of Cook Smarts meals – the first was this chicken with roasted cauliflower and potatoes topped with a chimichurri sauce! 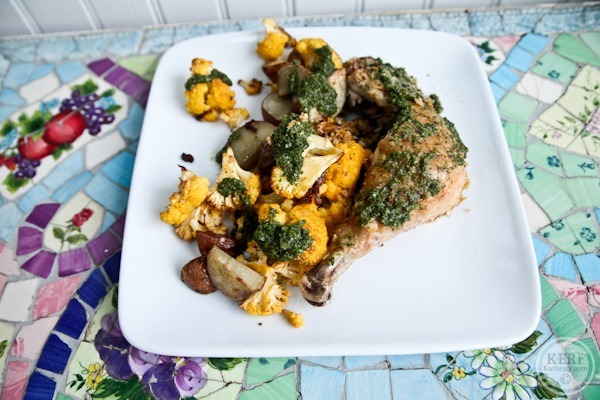 The next night we had steak tacos with more chimichurri sauce and an orangey salad on the side. 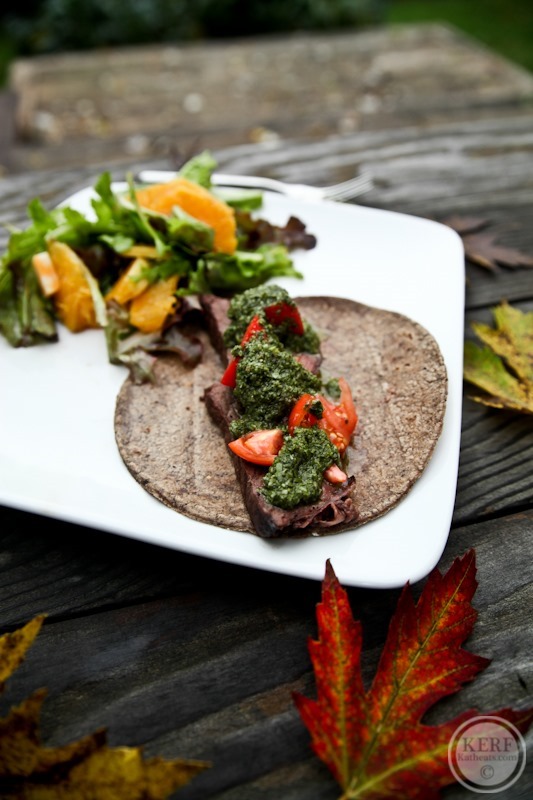 And because we had this dinner two nights in a row, you get a second photo! 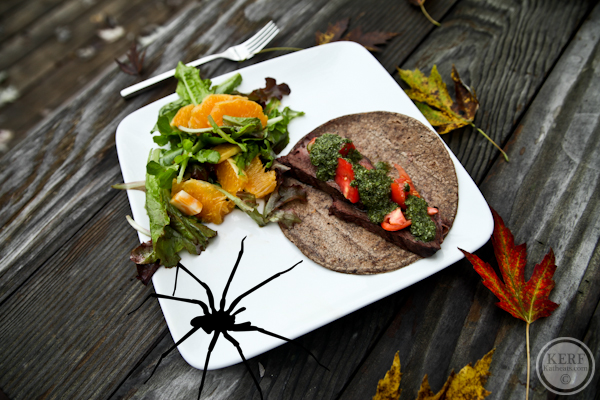 Have a spooooky day y’all!