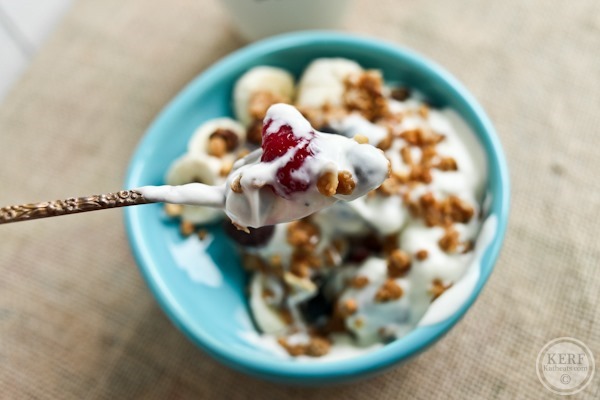 Yogurt bowls have been my go-to these days. So quick and easy, filling and delicious. I haven’t had much granola in my house this year (a conscious choice) but this Naturebox PB&J granola was so good! It reignited an old flame. This bowl was Snowville Creamery plain yogurt on top of bananas, strawberries and blueberries with granola on top. Thumbs up! 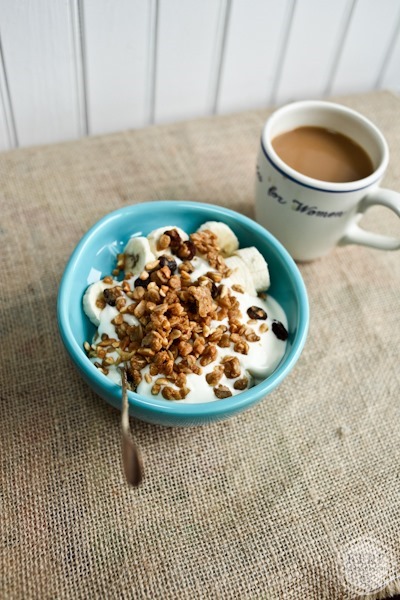 Next up: whipped banana oatmeal with a puddle of Barney Butter on top. Classic!!! 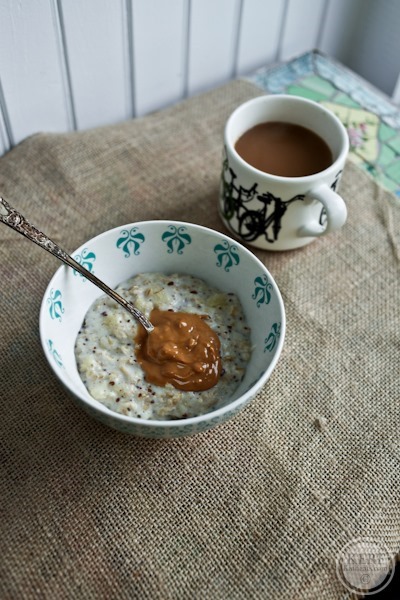 This was a combo of the two – a small portion of leftover oatmeal reheat just to take the chill out and topped with cold yogurt, fresh fruit and nut butter. Sunbutter remains the drippiest! 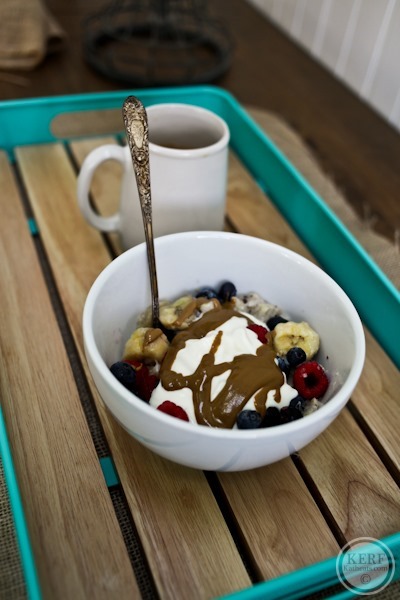 Gotta throw some eggs in there for good measure, but I gotta say, my egg obsession that has lasted nearly two years (since Mazen’s birth) might be slowing down. Or it might just be the steamy summer mornings. Or summer laziness. Not sure, but I’ve been eating them less. Here they are scrambled with fresh fruit and jammy toast. 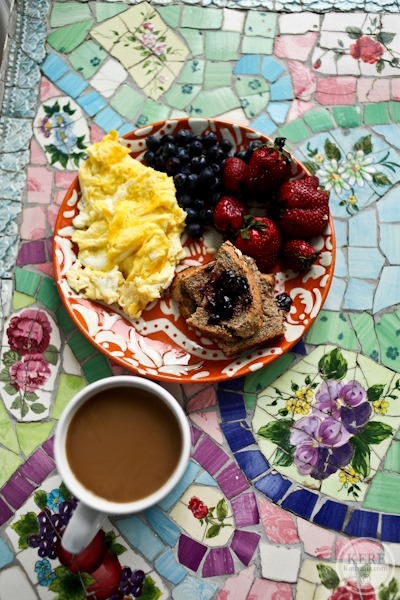 Out of granola so I added raw oats to my yogurt bowl. It was nearly as good!! More blueberries and nut butter. 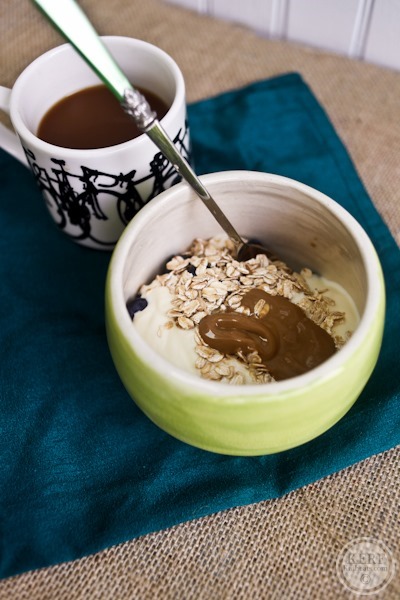 I’ve lost interest in writing about my workouts. Each week I have a soccer game, a small group with Erin, a weight training session with Erin and several boring gym cardio/walking sessions. I’ll bring this part back if things change! I need to get running again…

This was an egg, cheese and jam sandwich on a Honey Whole Wheat roll. With pear on the side! I had more pear while I was preparing our lunches. Zero veggies. Gotta work on that! 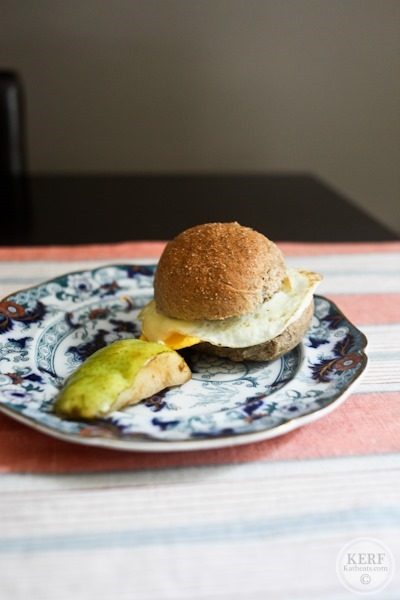 I’m kind of down with salads these days. Part of this is because all of our garden lettuce has bolted and it doesn’t seem as fresh in the sweltering hot noon hours. But because we still have lettuce I don’t want to buy lettuce! So instead I’ve been cooking up lovely summer vegetables for lunch. This works well because summer veg are my favorite! 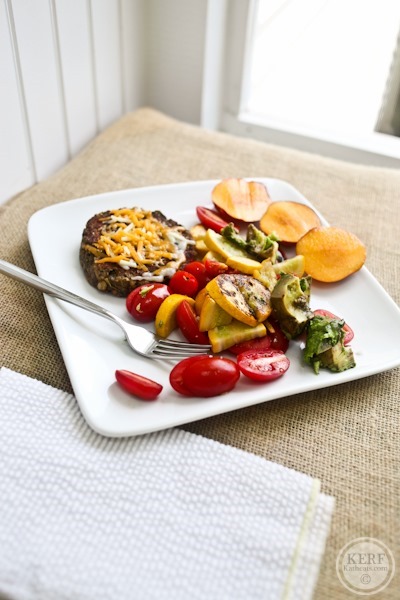 The above was sautéed squash with tomatoes and avocado, a peach, and a sausage-flavored No Bull Burger with cheese. Totally filling lunch! 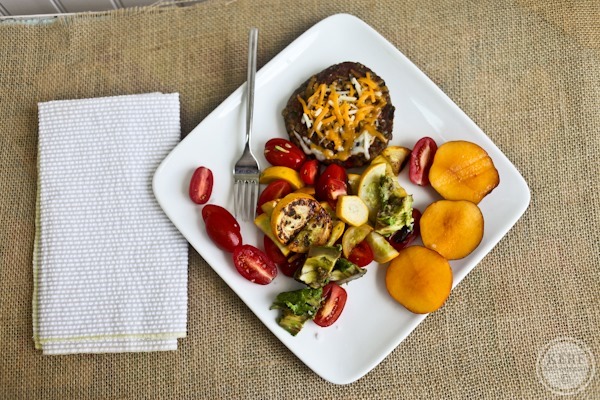 We had some delicious leftovers to heat up the next day – leftover from the Cook Smarts Taco Pasta dinner below. 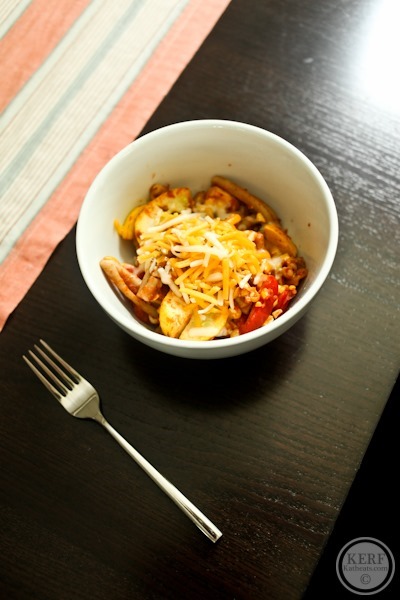 And lastly, a huge salad bar salad from Blue Ridge Country Store that Mazen and I shared. I got a little of everything not knowing what he would like and guess what? He barely ate any of it! Ugh! I made a good dent and took the rest home for the next day. 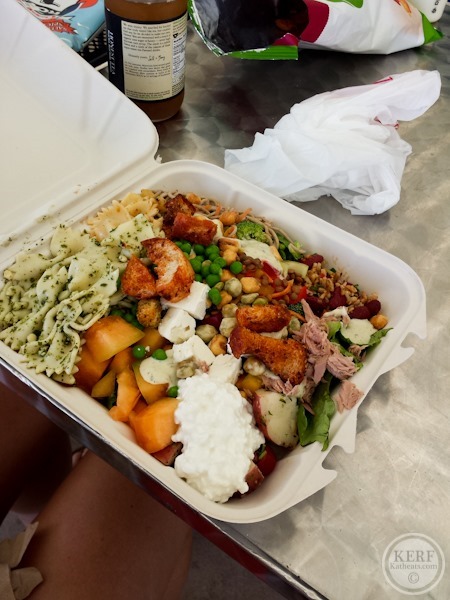 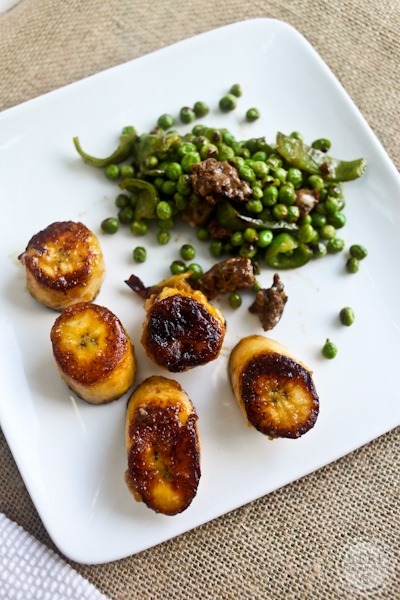 I participated in a Twitter chat with Turbana, a fair-trade plantain and banana producer, a few weeks ago. As a thank you they sent me a few plantains to inspire something delicious. Of course I went straight for the black one and Matt and I fried it up for dinner alongside peas, peppers and leftover ground beef. The plantains were AH-mazing and I felt like I was eating dessert first (I probably was…) but the peas were really good too! 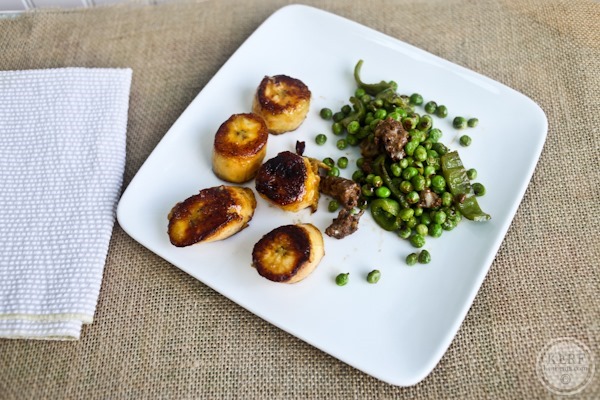 Since we’ve still had choppy weeks we haven’t done a complete Cook Smarts meal plan, but I had to pick one recipe last week and chose the Taco Pasta. MY GOSH this was so good!!! I used fresh pasta (from Whole Foods) and added summer squash to the mix since I omitted the onion. This is now on my favorites list! 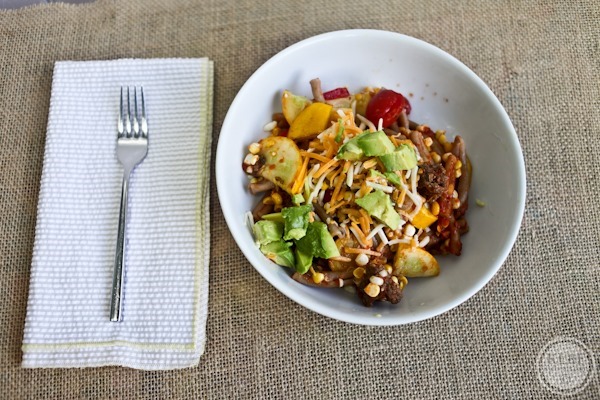 Soccer game nights are complicated because I either have to eat dinner late after a 5:45 game or early before a 7:10 game. I can’t eat much and sprint, so we often have leftovers or DIY meals these nights. The boys had quesadillas (another Cook Smarts meal yet a simple one) with broccoli and I made my own version when I got home. Enjoyed with a little So You Think You Can Dance !! 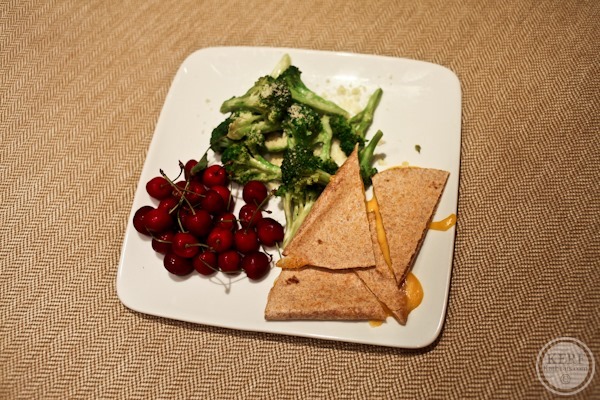 Matt and I also went out on date night – fun times!!