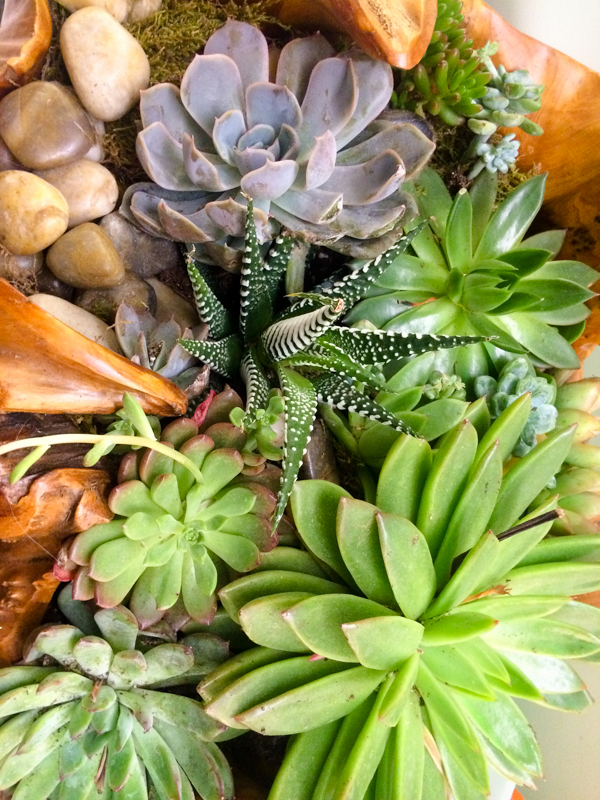 Good morning!! Time zones blow my mind, and I woke up early to write this post and feel bad because it’s nearly lunchtime back east!

I’ll be sharing all of the details from my TV segments later this week, but I wanted to also share some of the delicious meals we’ve been having — as well as some celebrity sightings!

I hugged this guy extra tight before I left. I have explained to him that I travel for work, and he is very understanding. If I remind him of my trip he’ll say “YOU TOLD ME ALREADY!” He doesn’t miss a beat. He also asked if I was going to see KK while out in California, and I told him no because KK was headed his way! This trip worked out perfectly because she was planning to visit Cville this week anyways, and so Mazen is in good hands between Matt and Karen’s company. They are actually going to New Orleans together to visit Ava and family, so Mazen is very excited. 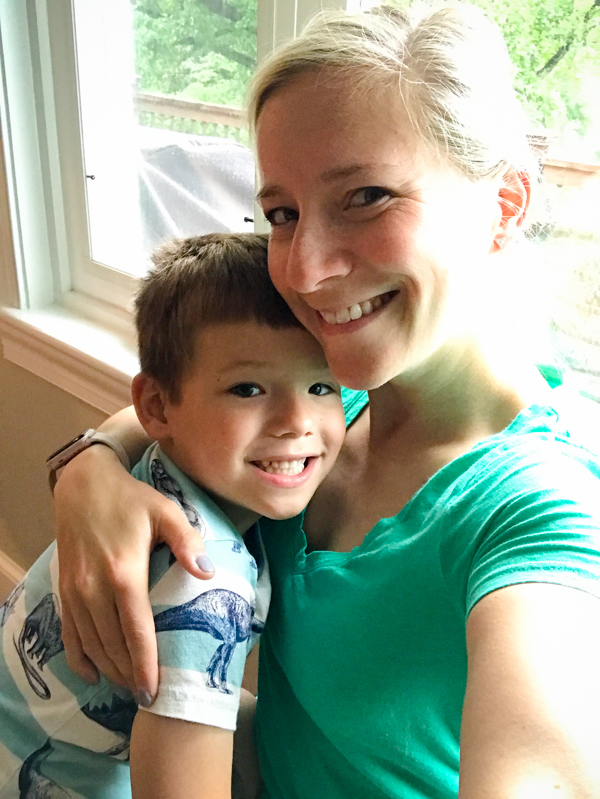 I spent all day Monday traveling. My first celebrity sighting was London Perrantes of UVA basketball fame! He was on my flight to Atlanta : ) We all missed our connections though because our flight was delayed a few hours leaving Cville. I was able to get a standby seat on the next flight to L.A. otherwise I would have had to wait four hours in Atlanta. Props to the Delta app for all of the notifications — it knew I would miss my flight before it actually happened. I was also able to book the later flight right from my phone — super cool!

Cross-country flights are a drag, but I got a lot of work done thanks to wifi (which jumped from $9.95 to $29.95?!) and in-seat power. I had a glass of wine and a cheese plate for a dinner-time snack! 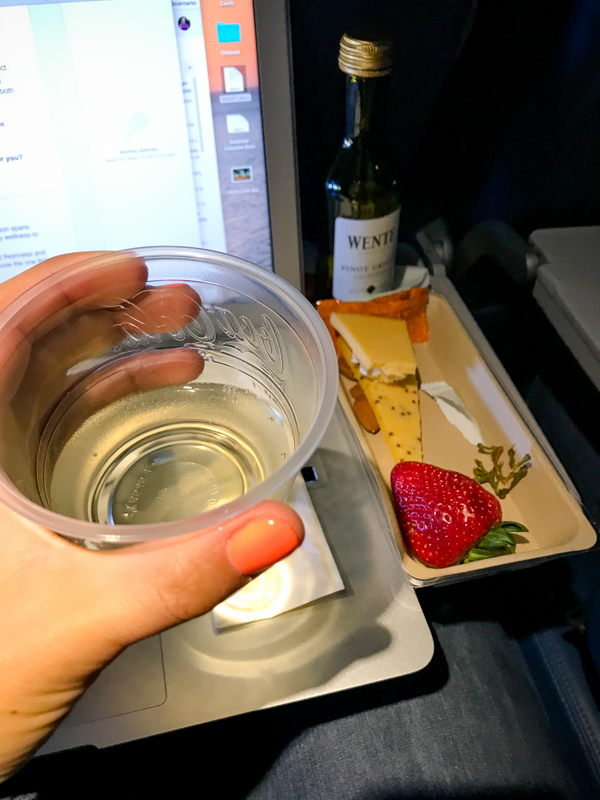 Upon my late arrival in L.A. my team had some dinner ordered to my room, which I was incredibly thankful for. I didn’t feel that hungry until I started eating this salmon, which was actually really good! 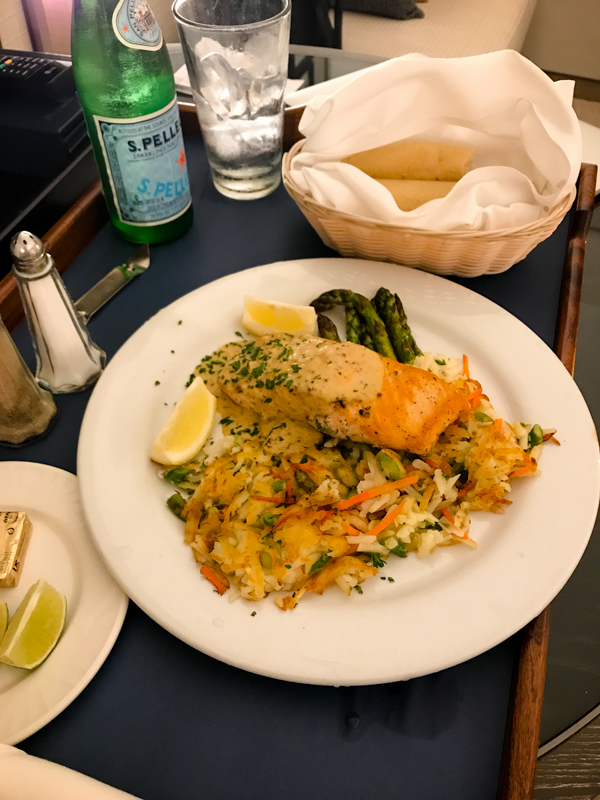 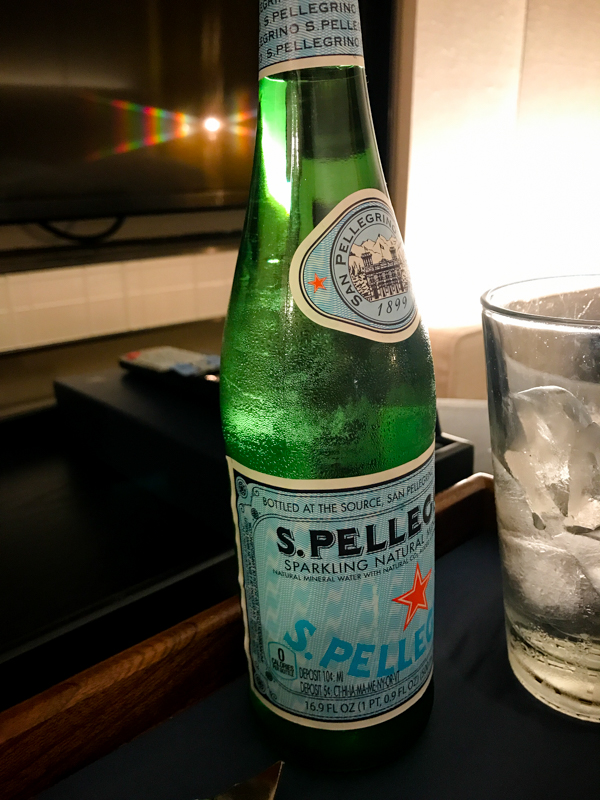 My room is very cool and cozy. 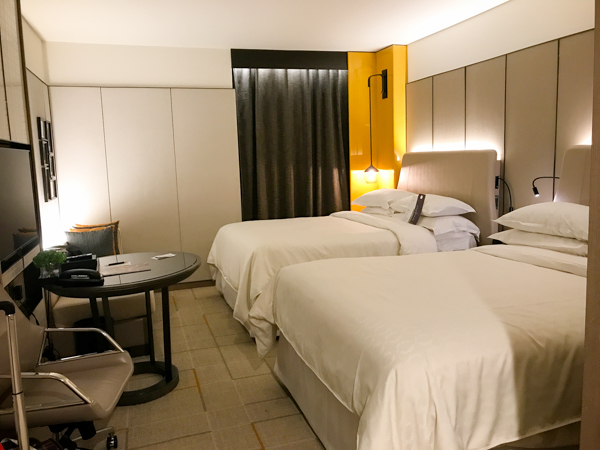 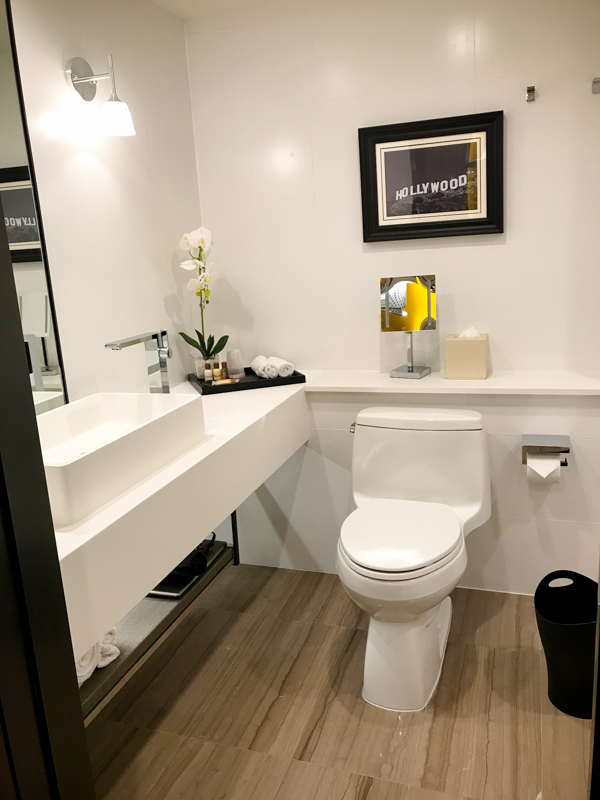 What an odd place for a full-length mirror?! 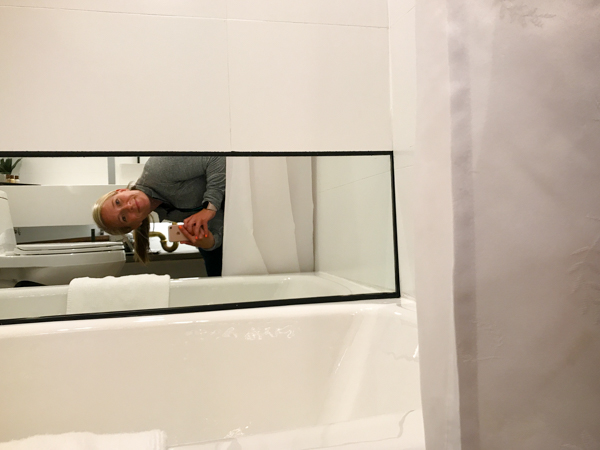 On Tuesday morning we were up bright and early (actually my body clock woke me up at 4:45 but I was able to fall back asleep!) for breakfast. Is it really this nice here all year long?! 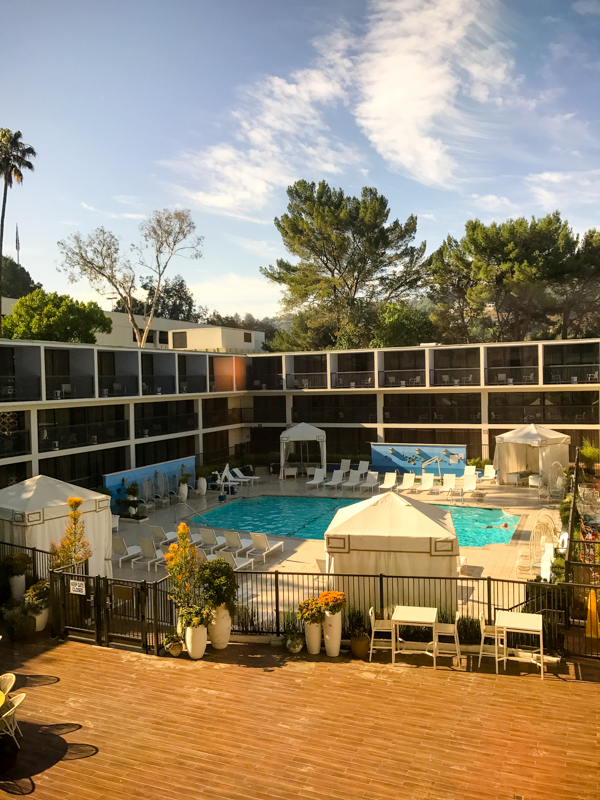 My stomach was in knots, but a bagel with cream cheese sounded good (just like when I was pregnant — my body must find comfort in bagels with cream cheese!) so I ordered one with lox. It was so good! 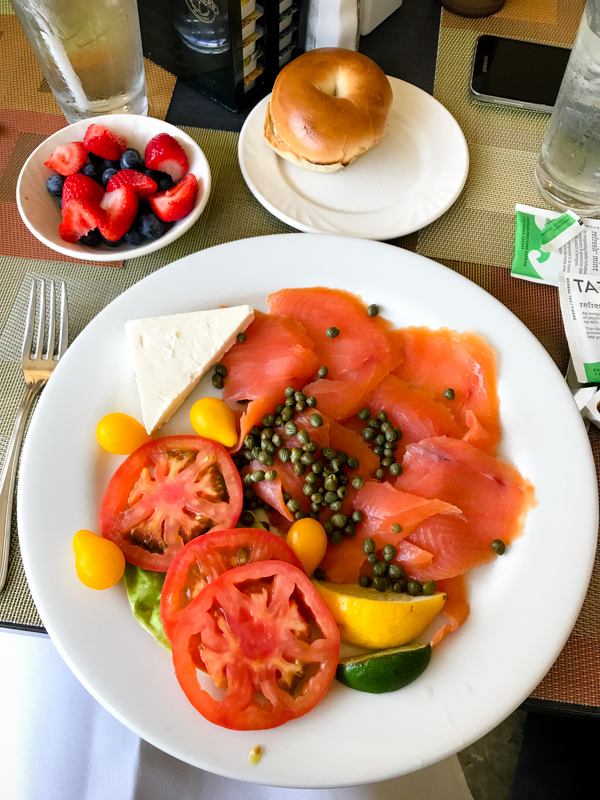 We are staying right in Universal Studios so we were able to walk to the NBC building for our Access Hollywood Live interview. Tell you all about that tomorrow! 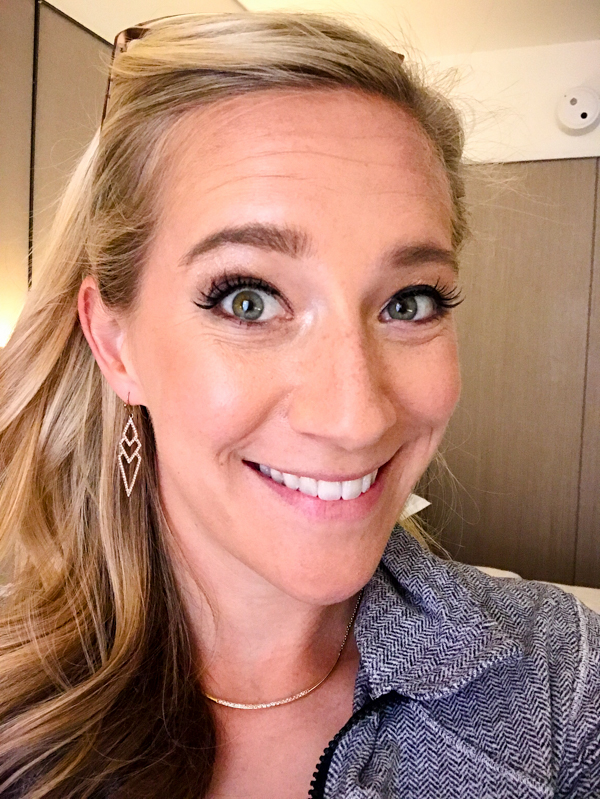 After the director said “CUT. That’s a wrap!” (ha) we went to lunch at Joan’s On Third. 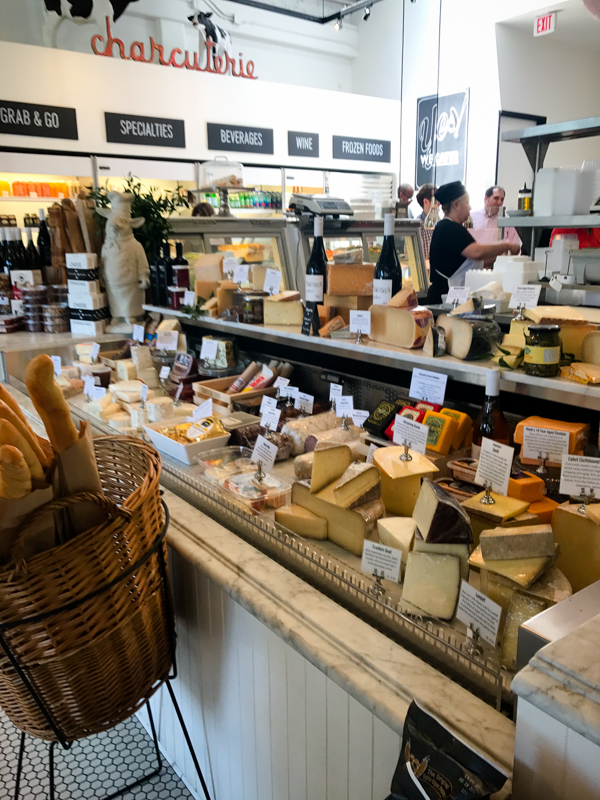 Celebrity sighting #2 was Joey King, known best for her role as Ramona. We sat at the end of her table, and then James Franco walks in and sits to down chat with Joey for a while! I could have reached out and touched him. Talk about movie star looks!

But back to our salads, which were also movie-star quality. I had the chicken over baby greens with goat cheese. 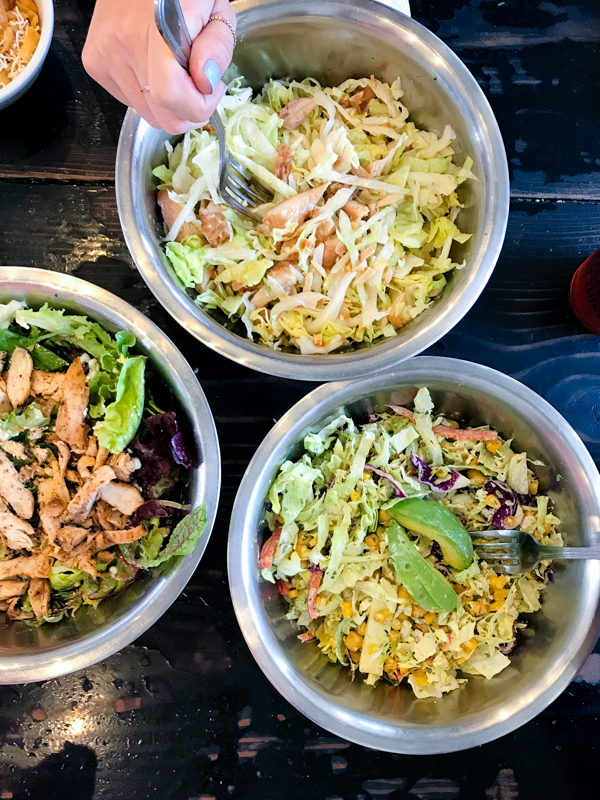 I spent a few hours that afternoon working in my room when I realized I was running out of time to enjoy the pool, so I went out and read a magazine in a cabana for 30 minutes before dinner. Gosh, it felt good to lie down! 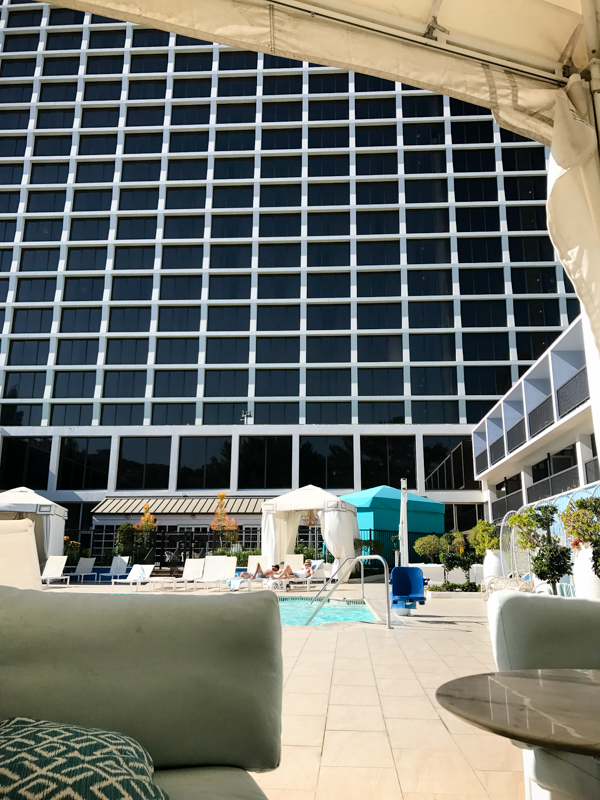 Amanda and Mallory are my media tour organizers and cheering squad this week! They are awesome. 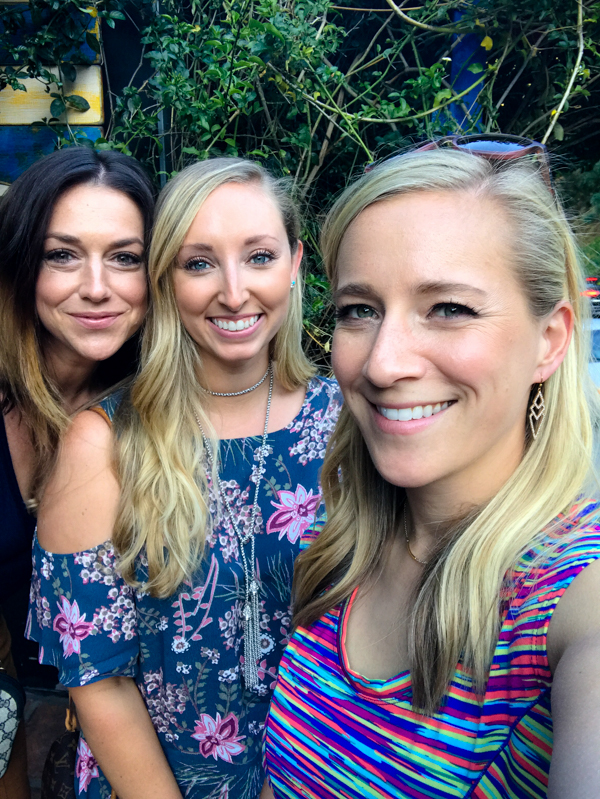 We went to Laurel Canyon to a restaurant called Pace that could literally be described as a hidden gem because it was tucked away on the lower floor of a convenience store. 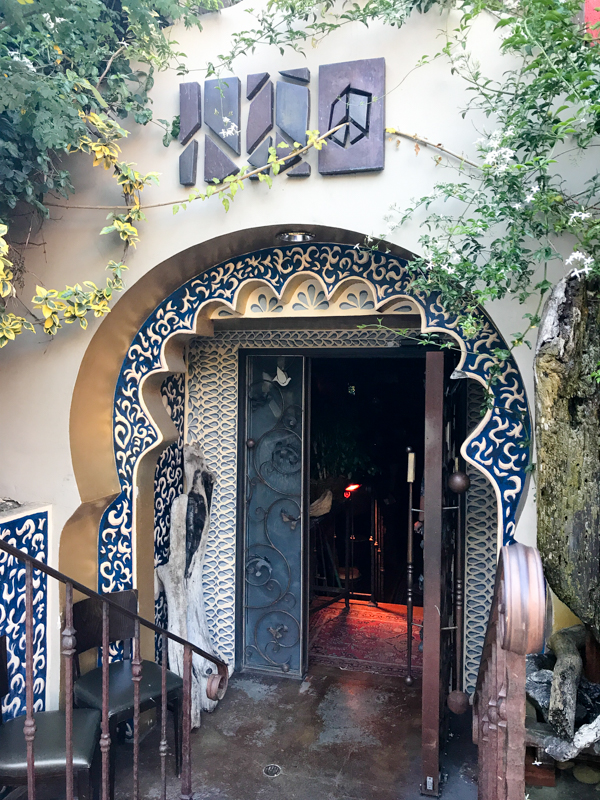 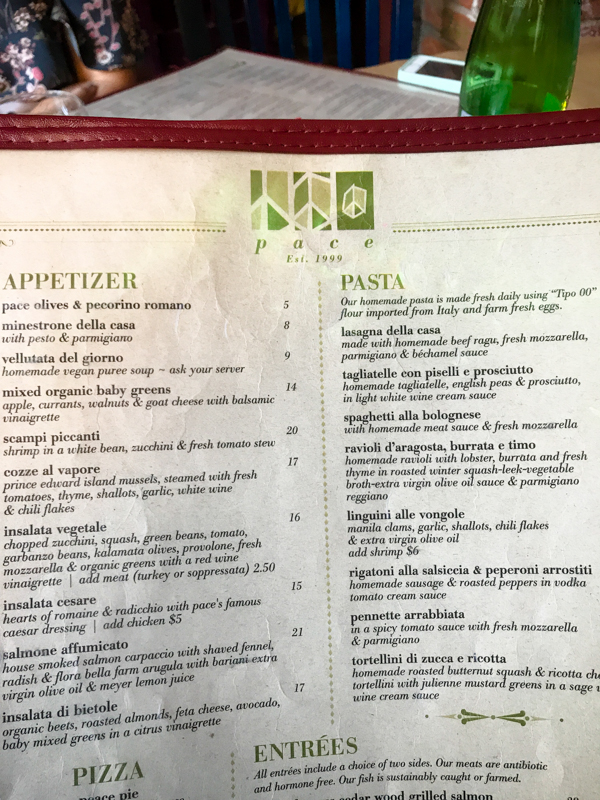 We shared a chopped vegetable salad that was packed with goodness: 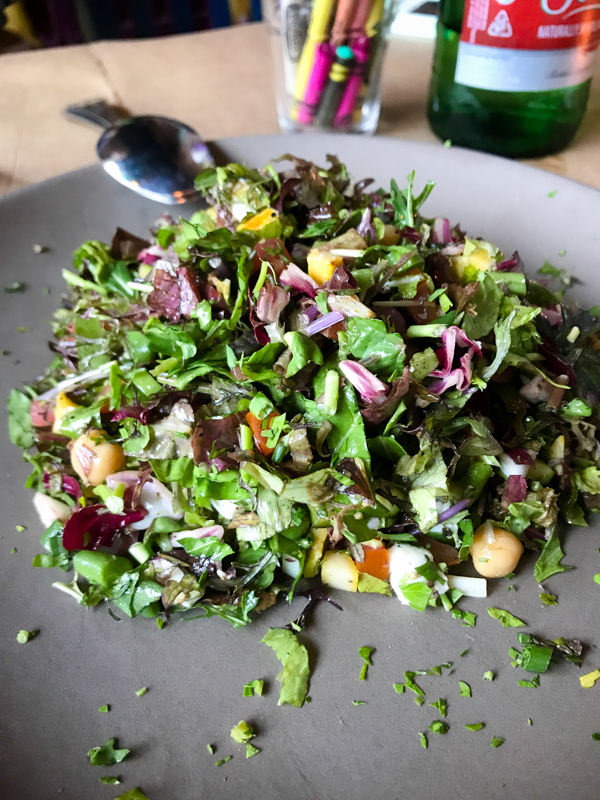 We enjoyed some wine, and this snapper with roasted roots and sautéed spinach. Very delicious! 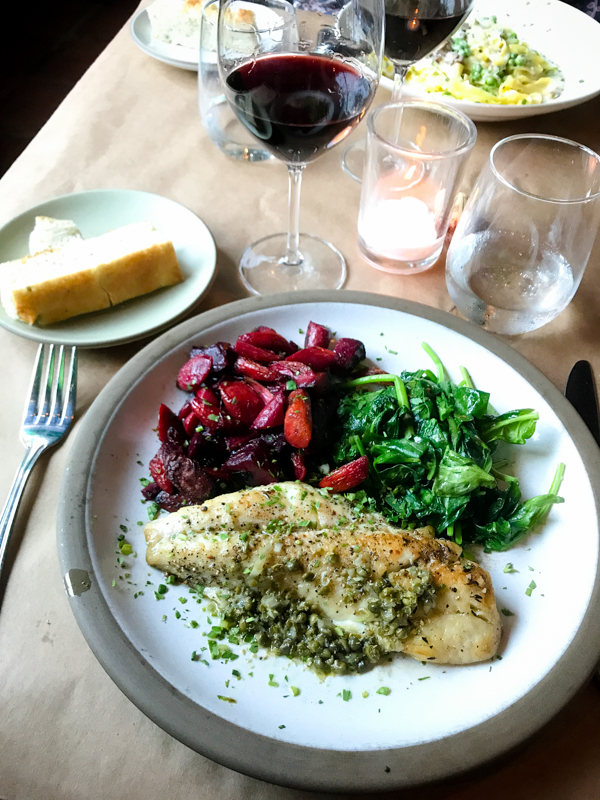 And for dessert, we shared this chocolate cake with vanilla ice cream. 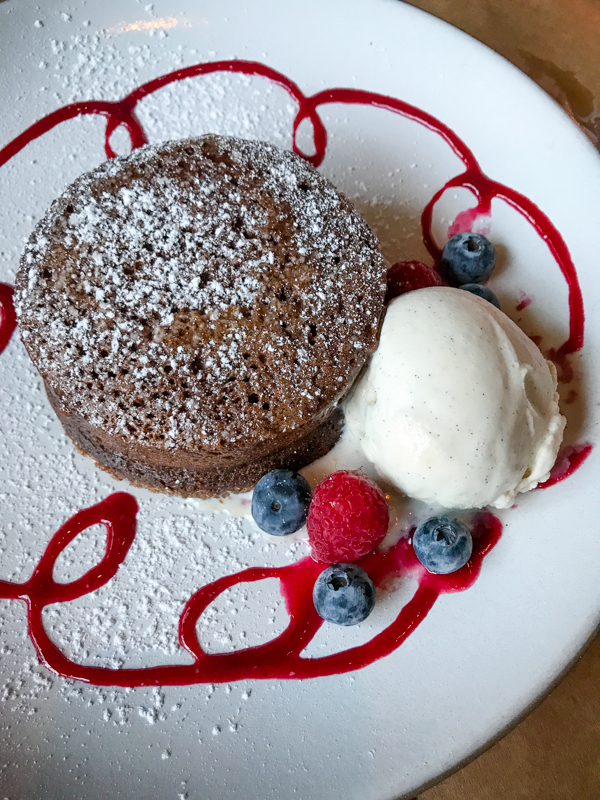 I crashed into my bed, hoping to keep my body as close to East Coast time as possible because our day tomorrow begins at 3 am pacific time!

Thanks for following my adventures!