You are here: Home / Lifestyle / Kath On The Run….From Desserts!

The Girls on the Run Auction Event was a blast!!! Tons of good food, and tons of cool stuff ready for auctioning off!

But first….snacktime. I came home and opened the new jar of MaraNatha Almond Butter since the husband polished off the PB last night. OMG this stuff is awesome!!!!!!!!!! We found these for $2.50 a piece, which if you know anything about AB + PB prices, is amazing. I imagine that is what Barney Butter is like, since I haven’t gotten to try it. It was so addicting. This jar was the crunchy style – I’ve never had crunchy AB, but I really liked it! I had to have my first taste right from the jar. 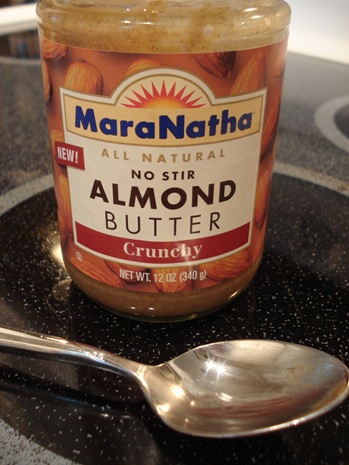 I decided to center my snack around it – apple chunks, a few crackers and a big spoonful – 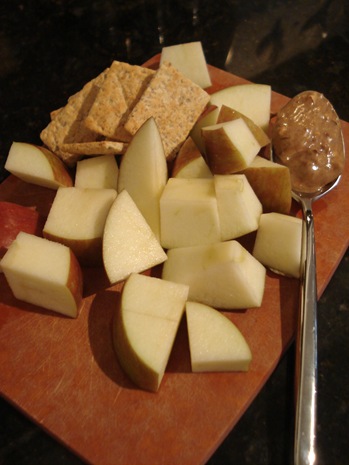 There were TONS of cool things to bid on! I really wanted the house in Colorado, the in-house wine tasting, the EarthFare gift baskets the weekend in Charleston, the spa packages,but unfortunately they were a little out of our price range 🙁 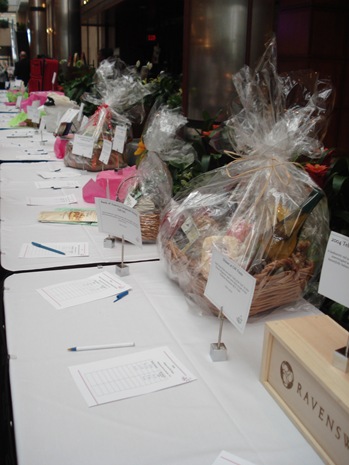 But we did bid on a giant bottle of Ravenswood wine!! (Of course 8) ) But we were outbid 😥 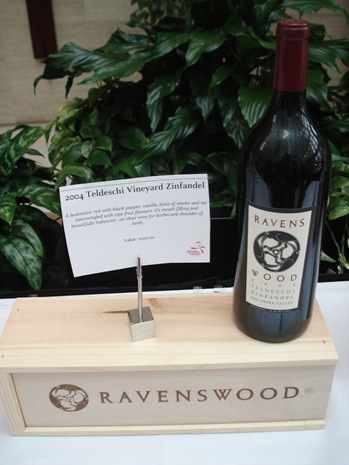 The food was catered by Harpers Restaurants, which is a parent restaurant group in Charlotte that has very delicious foods!

Here were some of the featured foods –

Beef skewers (and chicken) and empanadas – 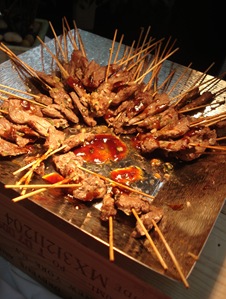 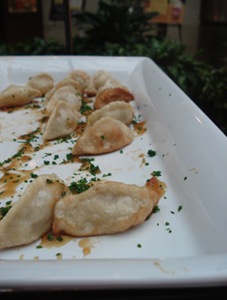 Salads!! These were really good with lots of veggies on the bottom and dips, pitas + olives on the right 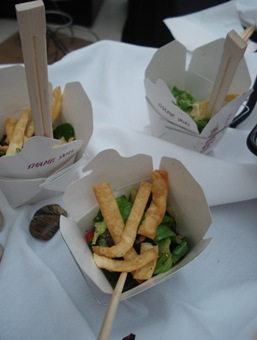 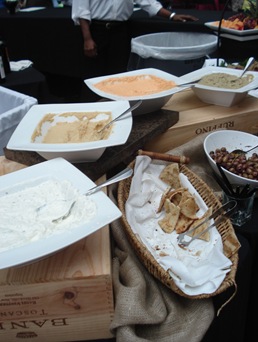 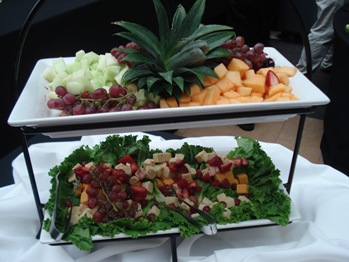 Smoked salmon cakes (OMG!!) and shrimp + tomato skewers in some kind of lemony sauce?? and Spanakopita 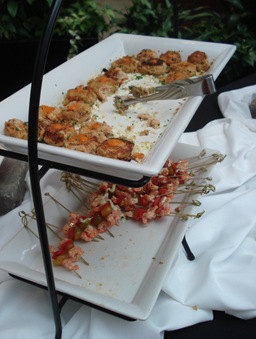 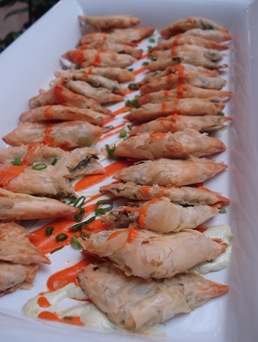 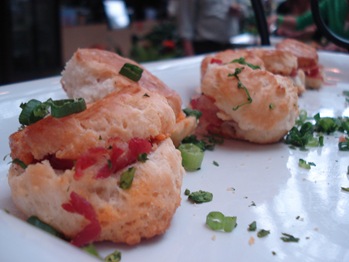 Here’s my Round I: A salad box plus 2 chicken skewers, an empanada (gave half away), salmon cake, veggie spring roll and 3 shrimps – 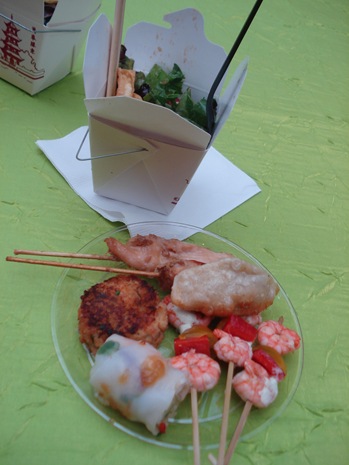 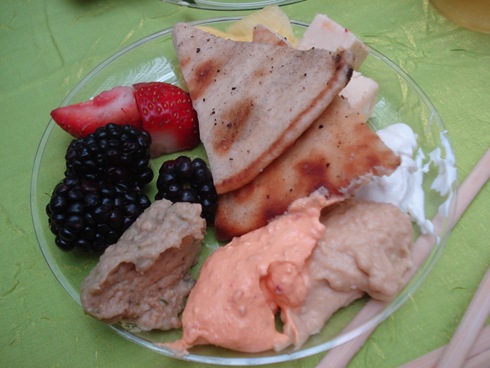 Round III! Another salad!! Half a plate of fruit, a few olives, a cheese, another veggie roll (with shrimp) and another salmon cake, which fell apart 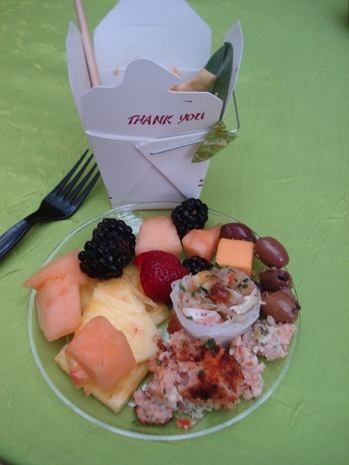 I decided on a glass of Chardonnay after I ate – 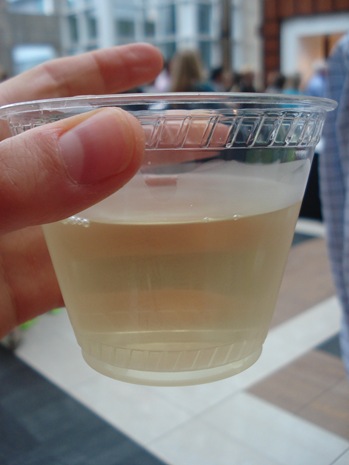 And definitely had my share of bites from the husband’s 3-4 plates (he had more of the fried/biscuity stuff). I also sipped his Pinot and Corona 🙂 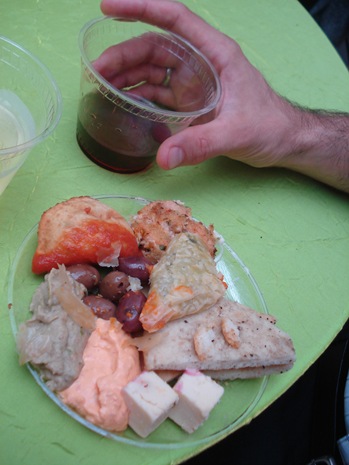 I had another half-Chardonnay while browsing the auction items (but the husband finished it for me). Hi bear!! 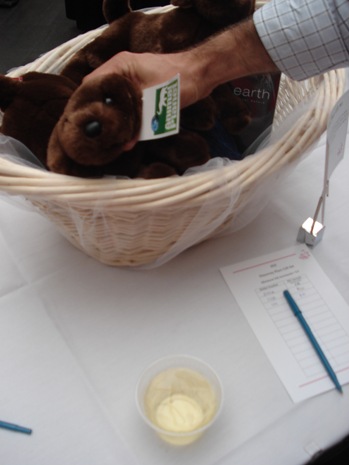 WARNING: If you like dessert buffets, better skip this part!

O.M.Gosh. I came to this event with good intentions, but this was my absolute dream (and worst nightmare!). A dessert buffet with lots of options in tiny, tiny bites. I stayed away from it for a while, but we finally made our way over and I was just blown away by the choices. How could I not try them all!?!?!? 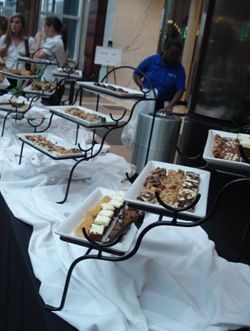 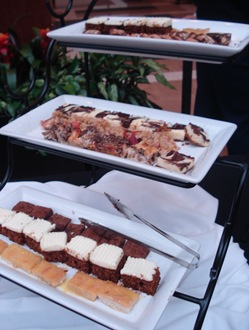 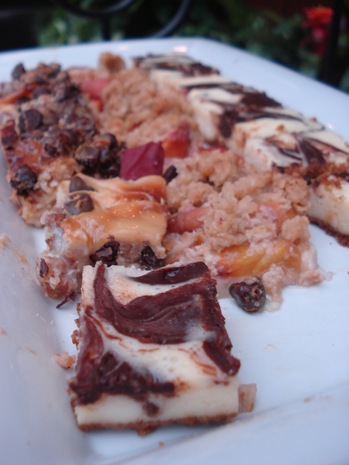 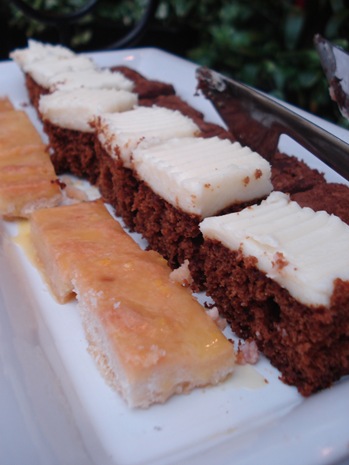 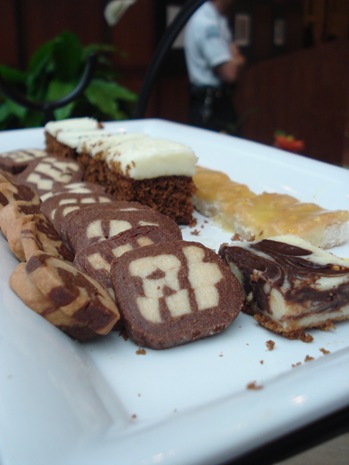 I split this with the husband, although I probably had 70% and he 30%. The top was peach cobbler bites, then a lemon square, then 2 little cookies (just OK), then chocolate swirl cheesecake, then my IDEAL dessert: a hello dolly – coconut, chocolate chips, cookie crust = gooey and chewy! Gualgajlkasglahe!!! I decided to skip the cream puffs, brownies, cookies (sans my one bite of the husband’s) and carrot cake, because I figured I’ve had all of those before. All the desserts were just wonderful. 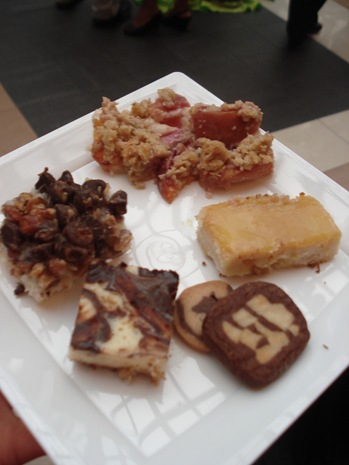 I ended up having one more hello dolly because it was just that good. 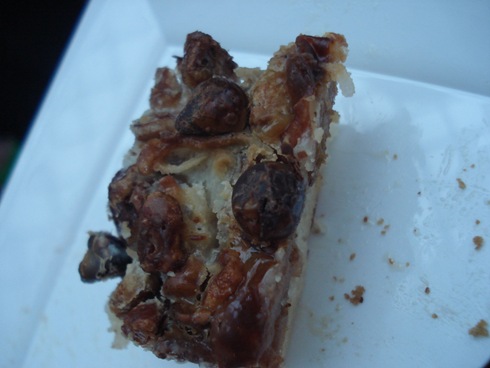 But the highlight of my night was really getting to talk to GOTR Founder Molly Barker and President Liz Kunz!!! They read KERF and came up to me saying “It’s Kath Eats Real Food!!!” right when I was piling on the desserts 😳 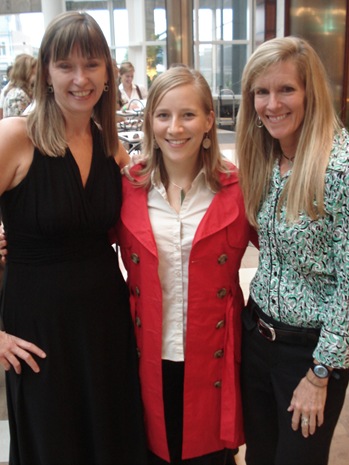 I’m off to bed, but not before going over Organic Chem flashcards one last time! Even if I am a little tipsy 🙂