You are here: Home / Lifestyle / I Befriended My Troll 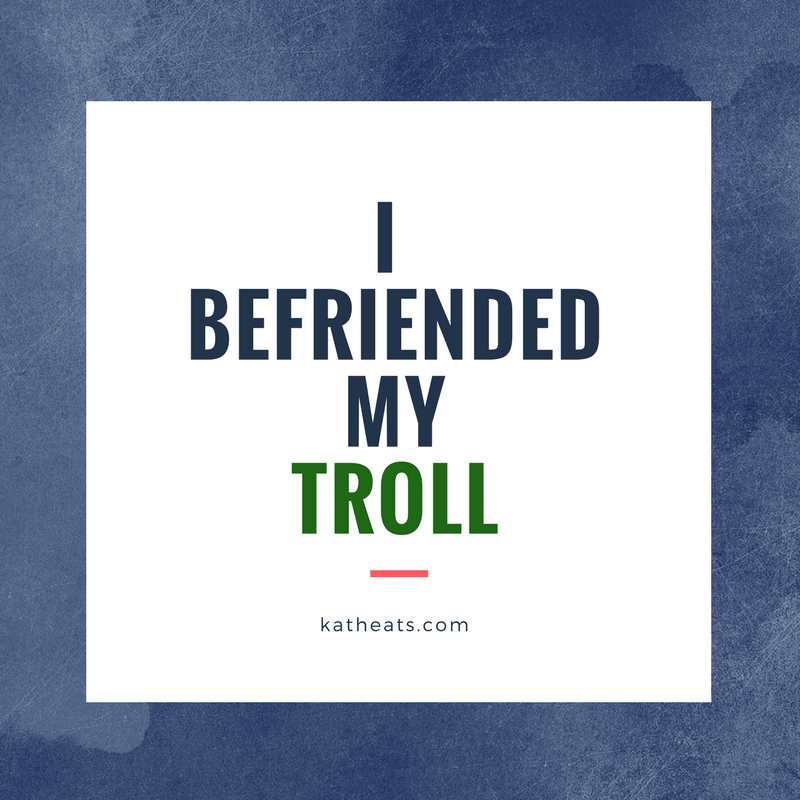 The most bizarre thing has happened. I have become friends with someone I once viewed as an enemy. It all started with an email…

At the end of July, I received an email sending love and support from an anonymous reader — one who admitted she had been a “hate reader” in the past and wanted to reach out and ask for forgiveness.

I wrote her back right away:

Wow, this is not an email I get every day! Thank you for writing, and for stepping away from the dark side! …Sometimes I think if people like you met me in person they would chill out and realize that it’s their interpretation of me that is messed up – not me! At least that’s what I tell myself. I really am very nice and normal in person : )

We ended up going back and forth for several emails talking about what it’s like to be a blogger with people picking you apart, and eventually, when the time was right, I suppose, the writer revealed that she was actually the author of a snark blog that mocked me for several years. Her email ended with: “Whatever happens now, I do truly want to make amends however I can, and extend my apologies to you, Kath.”

I think she expected me to throw some harsh words her way, but that is not who I am. If someone offers me a heartfelt apology, I want to forgive them. The emotion I felt most of all was relief. Relief that this person who had hurt me in the past was choosing not to do so anymore. We emailed back and forth 26 times (I am not making that number up!) and asked All.The.Questions. I was curious more than anything else to know why and how she chose to write about me. We have been talking nearly every day since because, as it turns out, we DO have a lot in common.

(Except for our opinions on onions!) : )

I offered KERF as a platform for us to share this story, and for her to share her perspective as well. She offered the post title: “How To Apply The Squiggly Line Effect To Being A Bitch.” – HA!

Hi Kath, I want to introduce myself and offer my apology. I wrote the snark site that recapped your blog for two and a half years, poking fun at you and your life. I hurt you, repeatedly and anonymously, for overall pretty idiotic reasons, and I’d like to work to right that wrong, ask for your forgiveness, and be able to — both of us — make peace about it.

When I was offered the chance to write paid recaps, I took it immediately because, at that point in my life, I had the time to read your years of archives, I needed the money, and I had made it a habit, since I was a teenager, of never turning down jobs I “could” do — even when they were frequently a disastrous fit. I had never had the luxury to consider whether I “should” have done a job. And no job had ever asked me to nitpick at one person — who wasn’t even a sheriff or a Senator who actually has the power and ability to sway policy and affect the average person’s life — and to do so for days, then years, as though there were genuine danger that you might pull people to the dark side of sardine cups and Athletic Conditioning class.

But, as you now know, it gets worse. For the majority of the time I was writing these recaps, I was facing a situation alone in Los Angeles where a dangerous person was making it ill-advised for me to leave my apartment, and the only times I didn’t have to worry about him were the months he would end up in jail. I spent my evenings and weekends never realizing, as I do now, that the things I was writing probably made you afraid to go outside.

It’s only been recently, after the deaths of my mother and several other people close to me, that I’ve started to think about the wreckage that some people leave behind for others to sort out, as frequently happens when they are dying and lashing out and can scarcely wrap their minds around their own mortality, let alone settling old, hurtful scores with the living. It is a somber, sad thing to watch people in pain inflict it on others and then die without trying to mend the things they’ve broken for reasons no one alive can figure out. I don’t want to be like that.

What I did was a waste of time, and something I should have been more mature than to waste my early 30s on. It’s not its frivolity that makes it a waste — we don’t all need to spend our waking hours on brain cancer and rocket science, and there’s much to recommend watching clouds and building pillow forts — but rather that I lashed out and acted out and harmed you by taking out my anger on you, by discounting your value as a human being, and by indulging negativity against someone who’s never hurt me or anyone I know. I found ways to justify what I was writing as though I were “punching up”, as though making a living in partial public view was as good as a digital “kick me” sign on your back.

There are people out there right now who support slashing funding for women’s health care in poor countries, who think we should do away with health care policies that provide hospice care benefits for terminally ill children, who support policies that prevent refugee boys and girls from making it to their American foster families. Those people would have a hearty laugh at the thought of me wasting so many productive years trolling your job because you had the audacity to enjoy eating oats and having “Survivor” contests with your girlfriends. They would LOVE to see more people strengthening their “meangirling” muscles on the internet like I did.

I don’t want to be a part of giving this kind of focused, critical, furious power to anyone who’s not actually a vicious, evil, creep ever again. I’m tired of pretending that “do unto others as you would have them do unto you” has an asterisk if you don’t like someone’s breakfast. I’d rather hold my time on earth in higher regard than to waste it anonymously judging someone who, by all sensible metrics, I should be prouder to have as a friend, not a nemesis. I wish you happiness, and gladly promise you won’t hear any grumbling from my bridge ever again. And I hope you can take me at my sincere, non-snarky word. 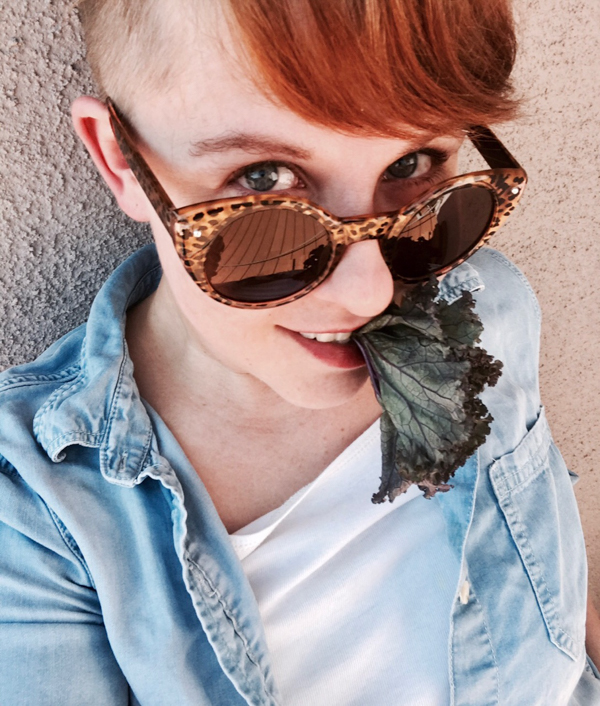 We thought it would be a good idea to share this story with the internet as a happy ending to trolling in a world where it sometimes seems like the internet is becoming more and more negative. The internet is made up of humans — humans who wake up and have a choice each day whether they are kind or rude online.

Treating each other with kindness, empathy, and compassion isn’t something you can measure on an Apple Watch and there’s no entry for it on a nutrition label, but — especially these days — maybe it’s one of the best exercises of all.