You are here: Home / Lifestyle / Hoos Had A Good Week? 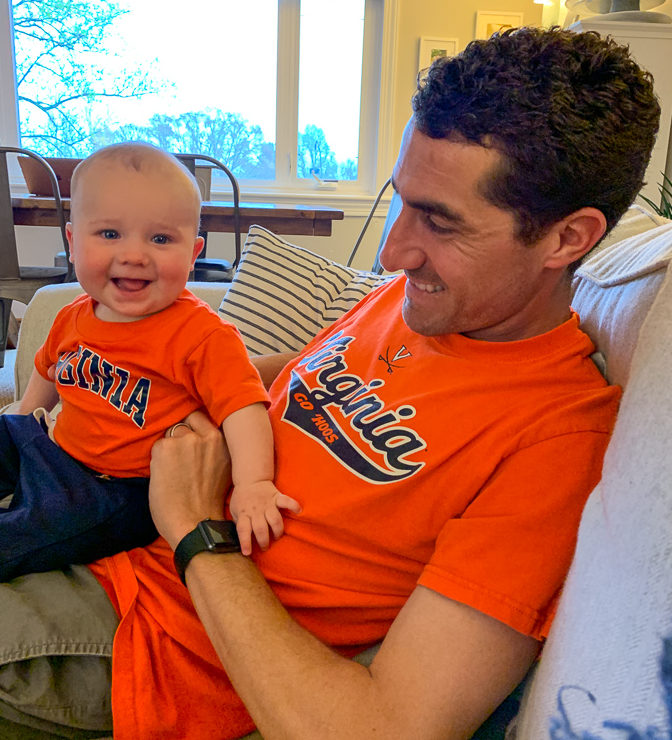 Charlottesville has a lot to be proud of this week! If you are 0% interested in sports you might not have heard that the University of Virginia basketball team won the NCAA National Championship! After returning from our trip on Friday, we hosted a few friends on Saturday to watch the game. Birch has his friend Harrison over, but they were more interested in rattles than the TV. B also had a blowout in his UVA onesie just minutes before the game started! 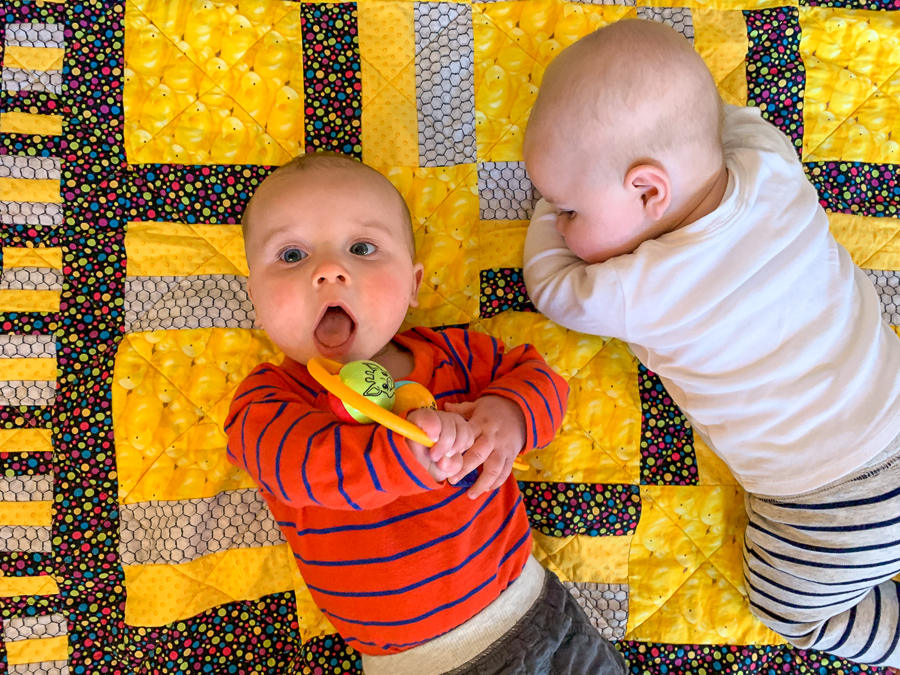 We ordered sushi (my first time having it since pregnancy!) and gobbled it down. 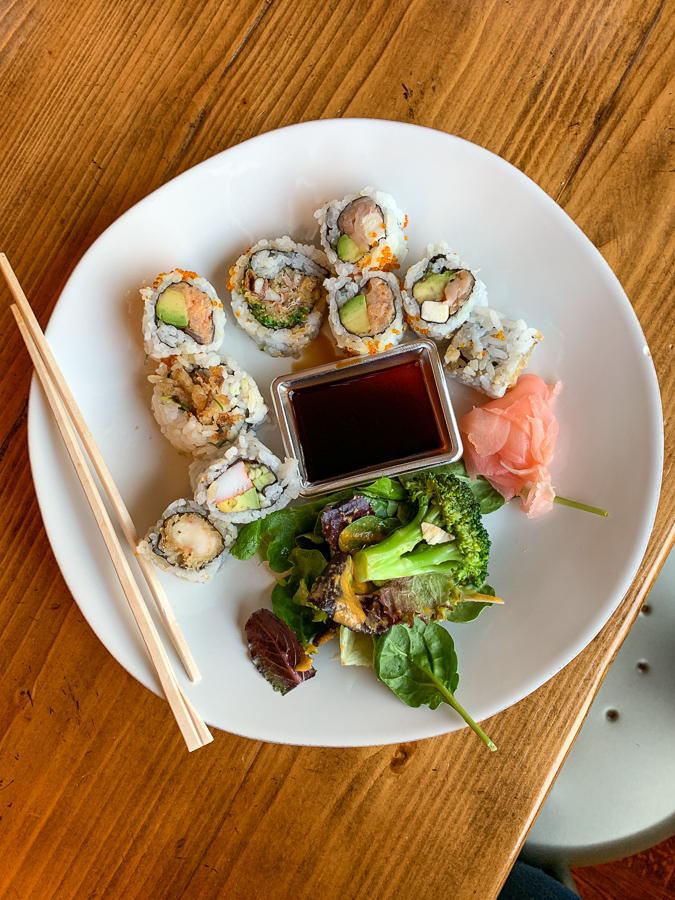 On Sunday I killed my legs with 1.5 games of women’s soccer. After a week of doing practically nothing, I was SO sore on Monday! 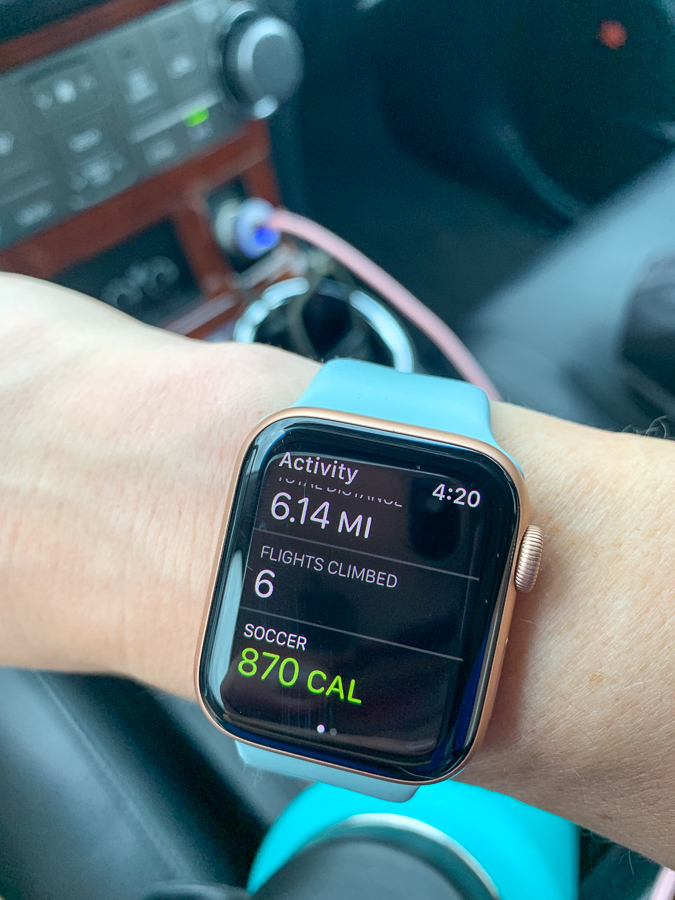 We made burgers on the grill with asparagus for a casual family dinner. 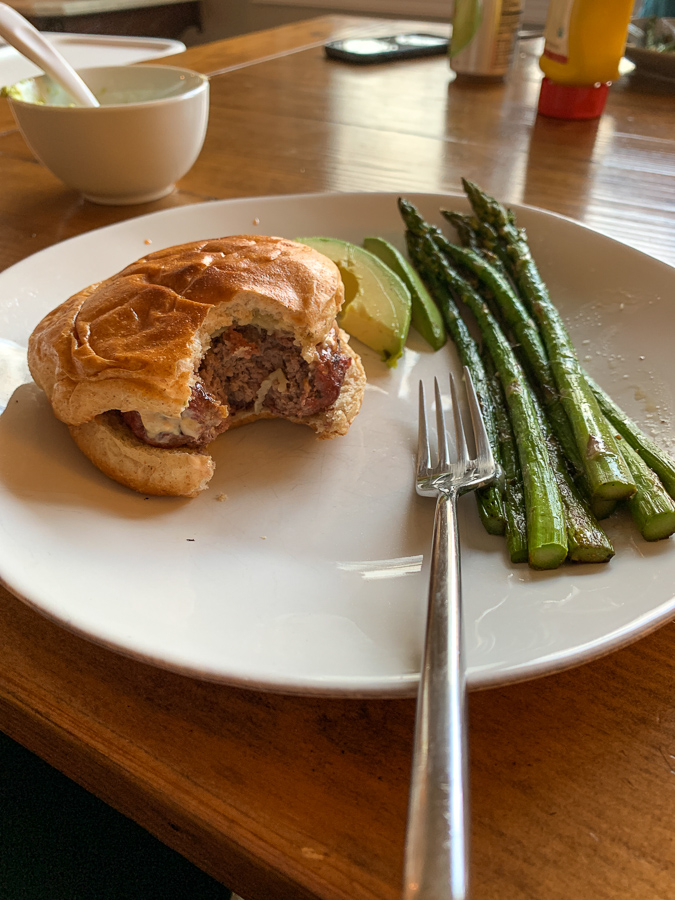 At five months, we’re slowly starting to give Birch tastes of soft foods. Despite me singing The Avocado Song nonstop, I don’t think he was that into avocado! 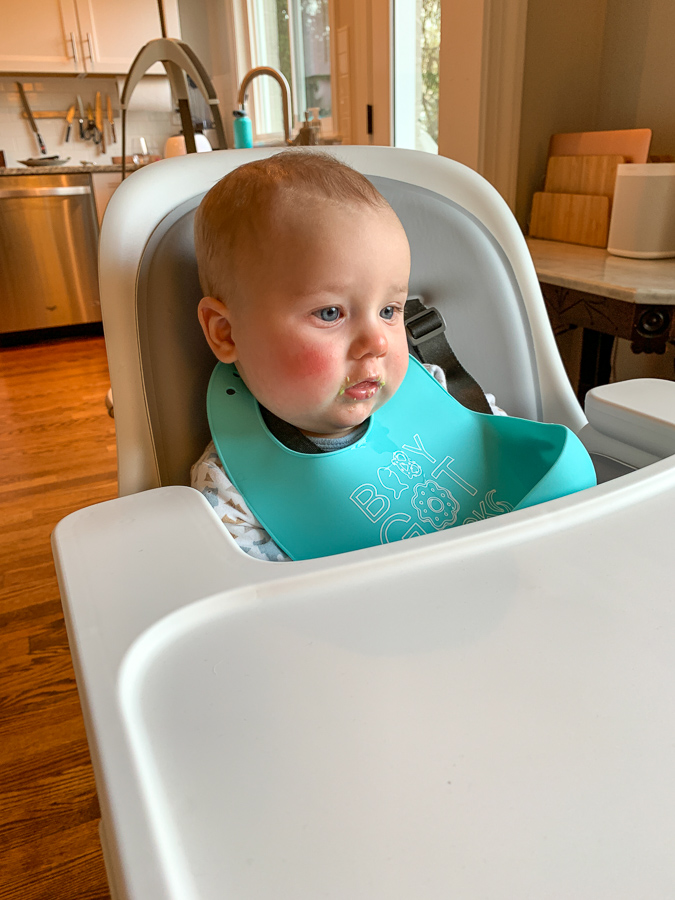 Birch’s other new thing? Flipping himself over (quite violently I might add!) in the middle of a diaper change to try to reach the wipes himself. I feel like we’re getting a strong preview of the twos already! 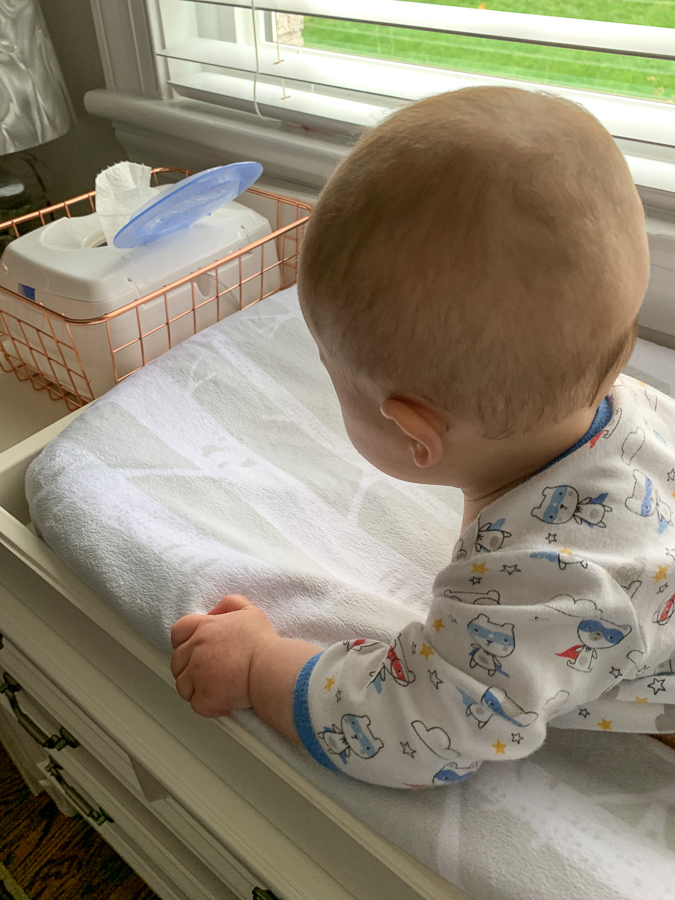 I’ve been craving smoothies all week, probably since the weather has been warm. My favorite Daily Harvest smoothie is the Blueberry Hemp! Topped with some local granola we bought at Whole Foods. 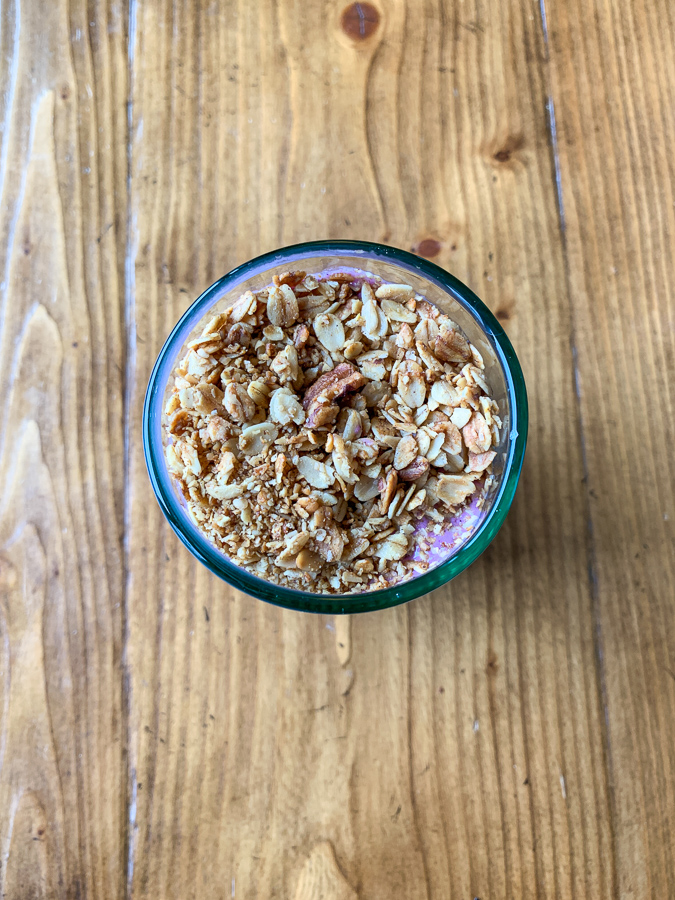 Thomas and I stayed up late watching the championship on Monday night. B woke up at 2 and 5 that night, so I was dragging on Tuesday! We almost took Mazen to greet the team’s bus, but much to our disappointment he was way more interested in doing a lemonade stand on Tuesday so we didn’t push it. 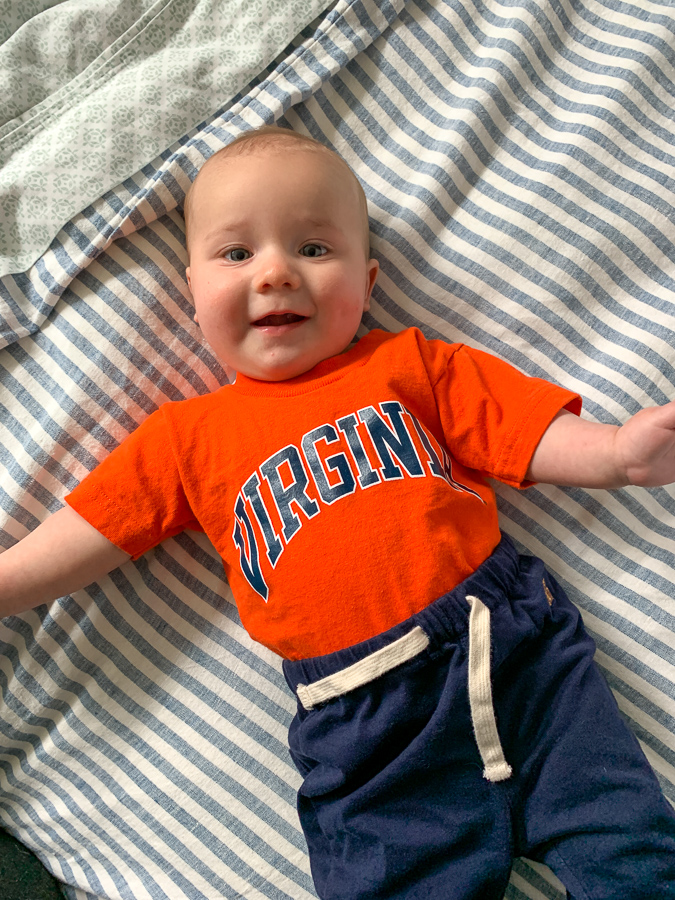 I ordered the shrimp + orzo salad from Plenty and added some homemade dressing and pita chips for crunch. It made such a great quick lunch! (I love my marble folders!) 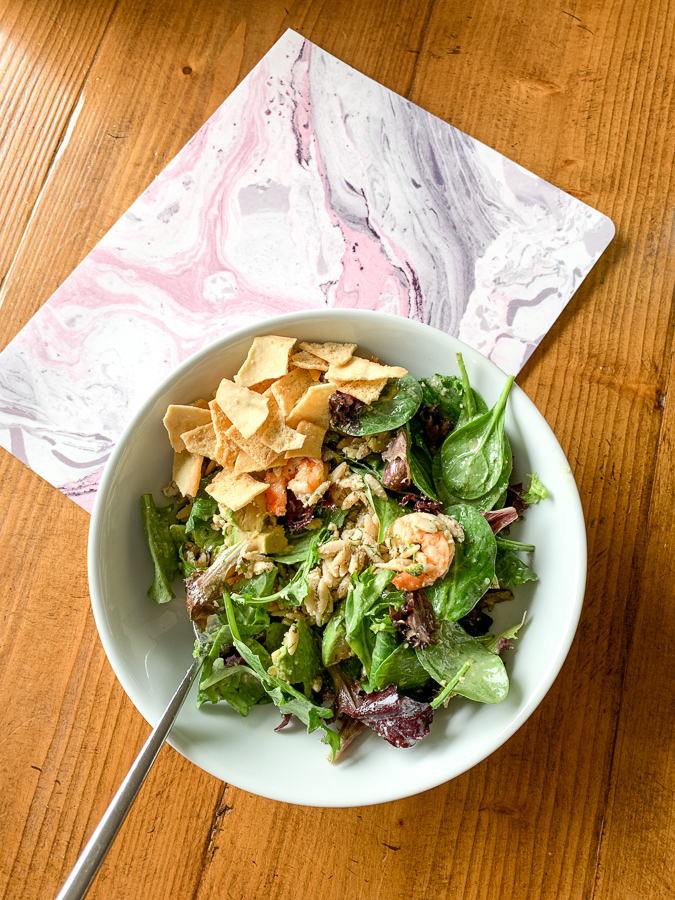 We had teriyaki salmon with broccoli and a side of brown rice we made at home for dinner on Tuesday. 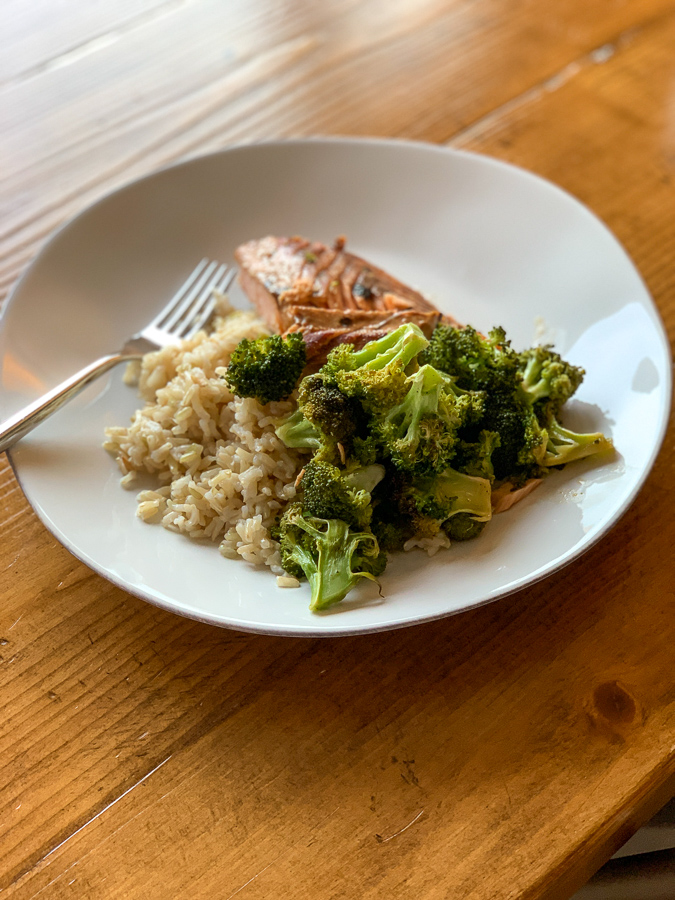 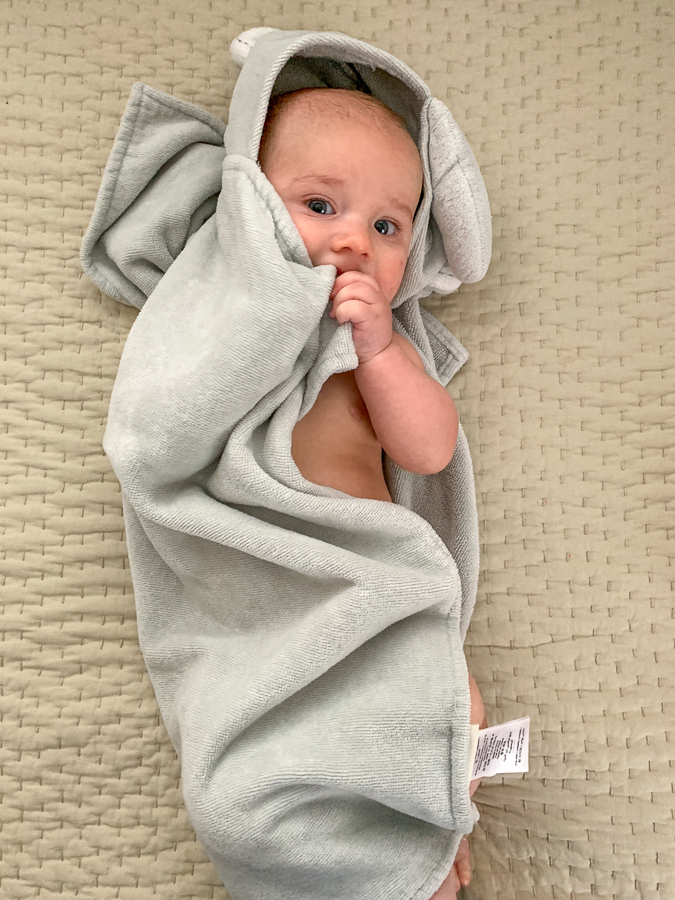 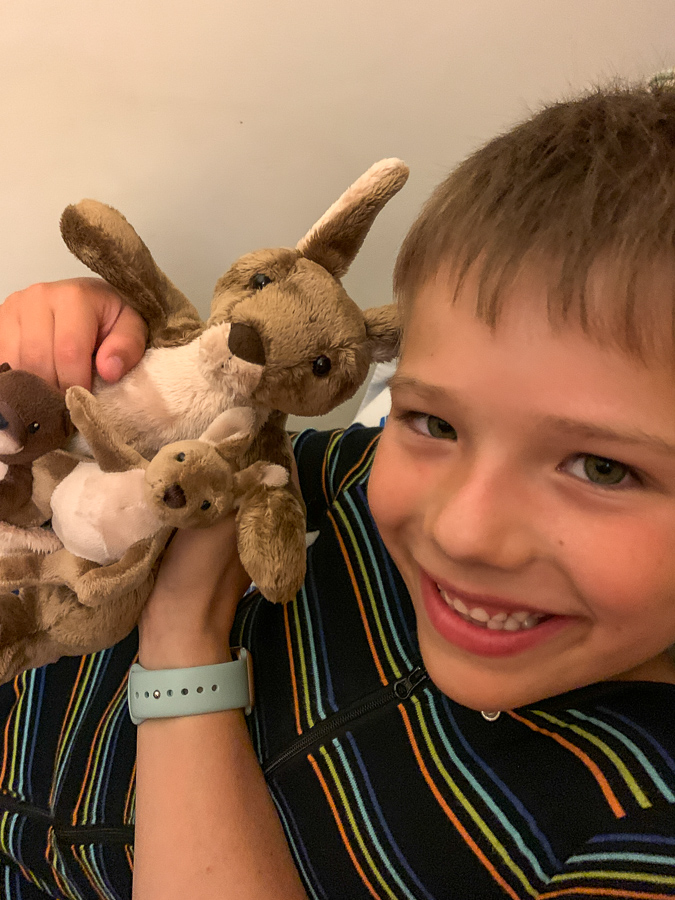