You are here: Home / Lifestyle / Happiest Dog On The Block 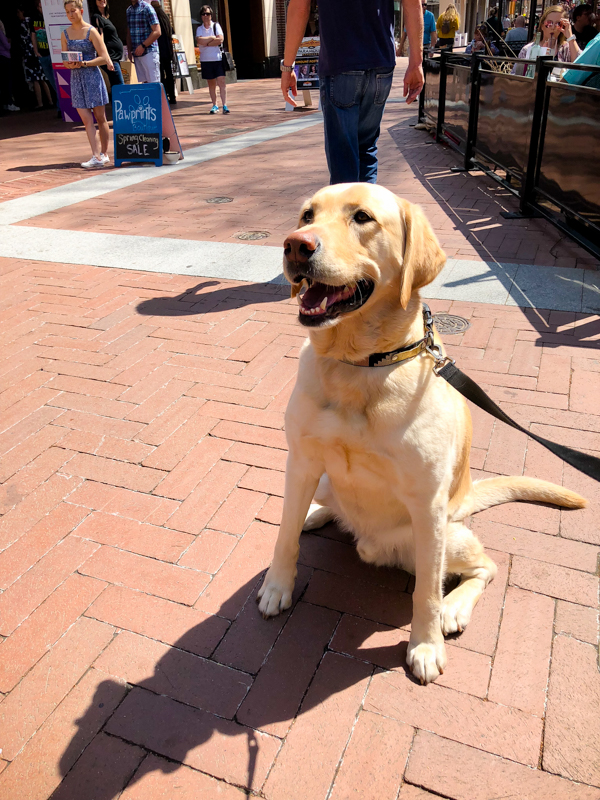 What a super fun, warm weekend! Everyone – even Gus – was downtown for the First Fridays After Five and the Tom Tom Block Party that went on all weekend.

We walk/biked downtown Friday afternoon to get in on the fun. 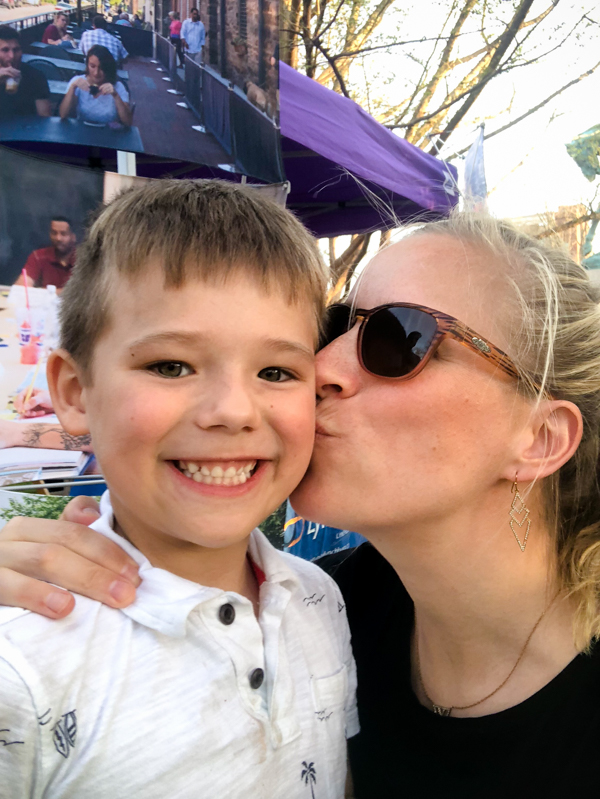 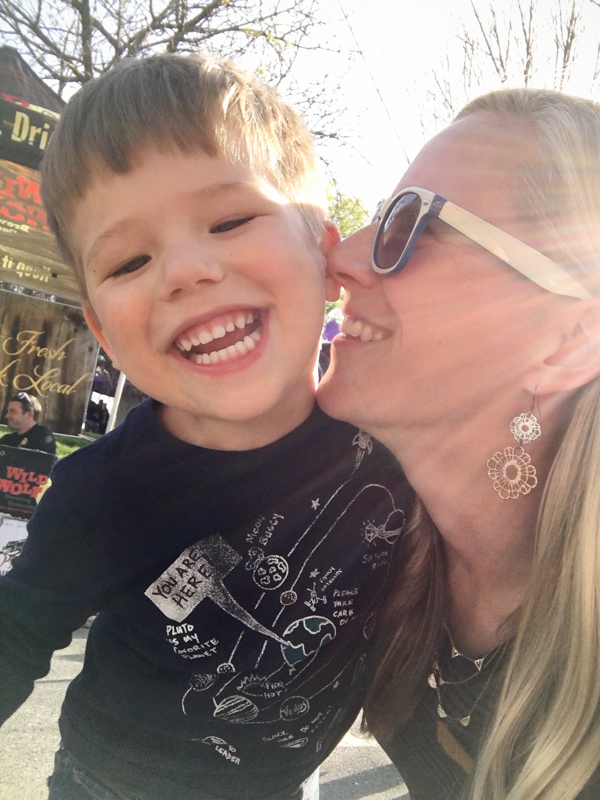 Mazen and his buddies had a great time exploring the BACON booth’s robotics and collecting swag from business booths all around the park. 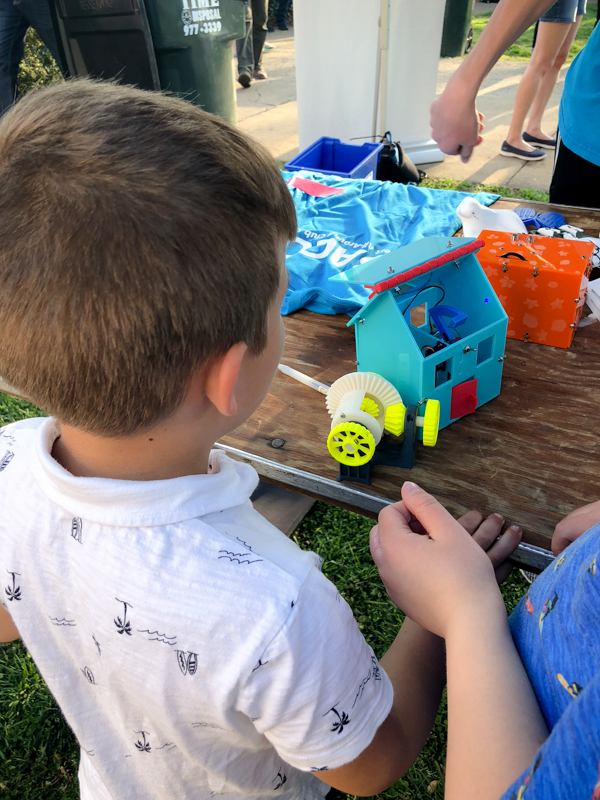 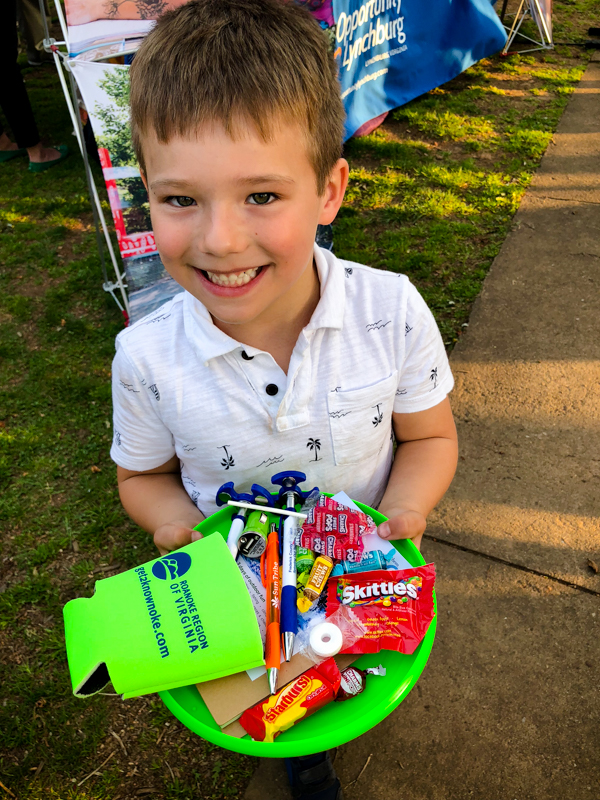 We ran into the Struckmanns out on a mom + daughter date. Sylvia was dressed to the nines! 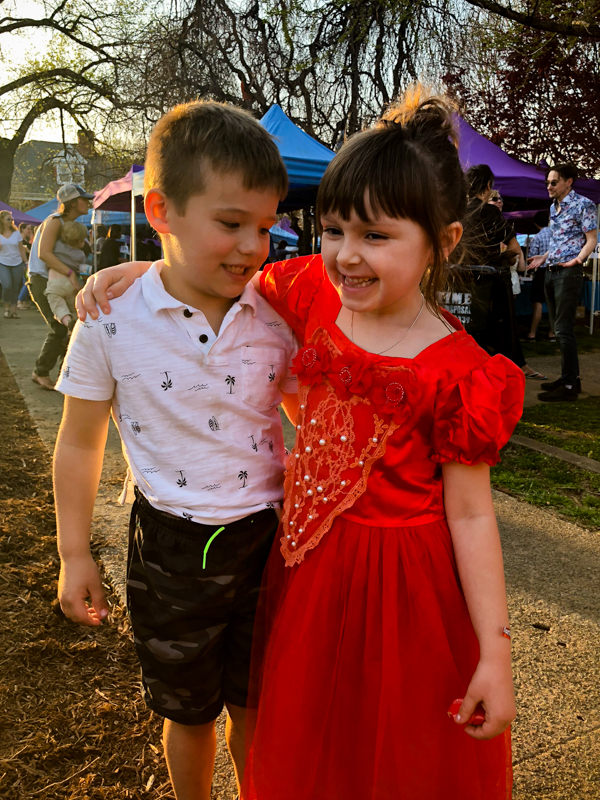 They love each other except when they don’t and fight like siblings! 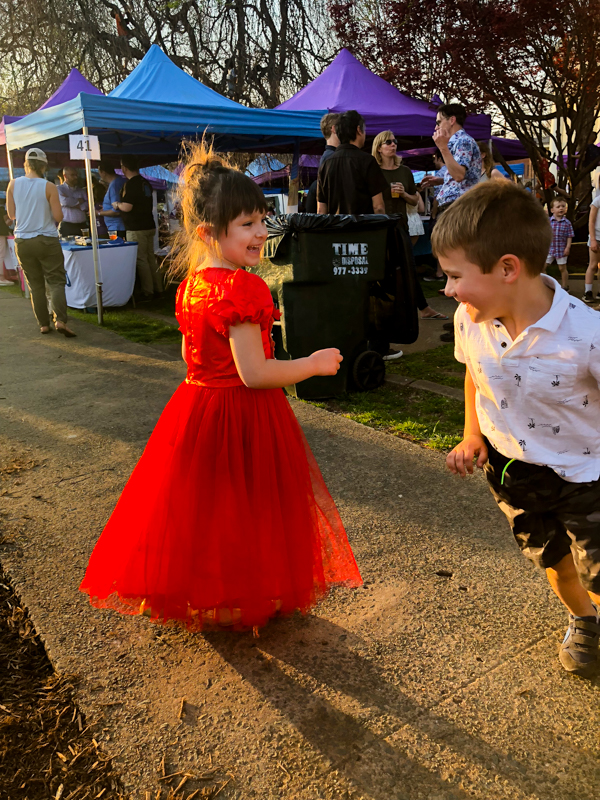 We got casual food truck dinners. I ordered fish tacos, which I thought would be a healthy choice with some greens or cabbage and grilled fish, but there wasn’t much on this plate that was healthy! #dinnerfail They still tasted good. 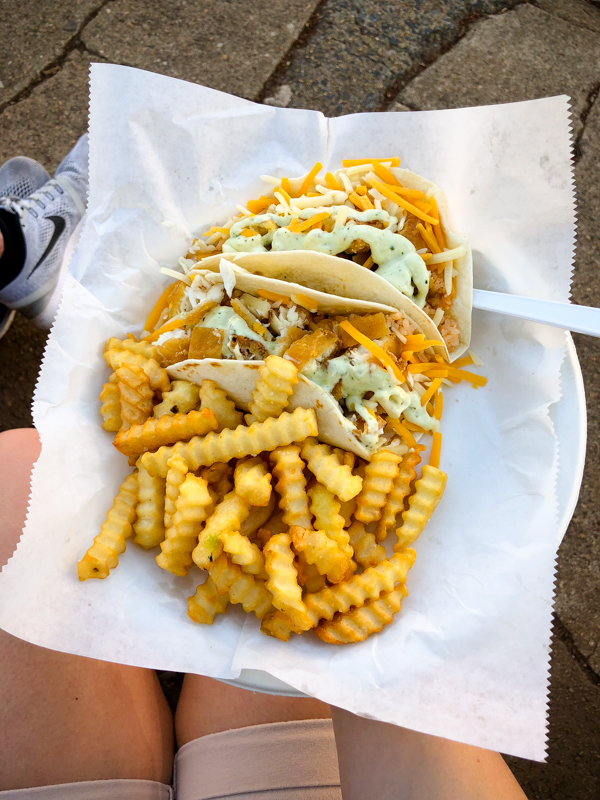 We went downtown for cones for dessert. And bumped into lots of people we knew! 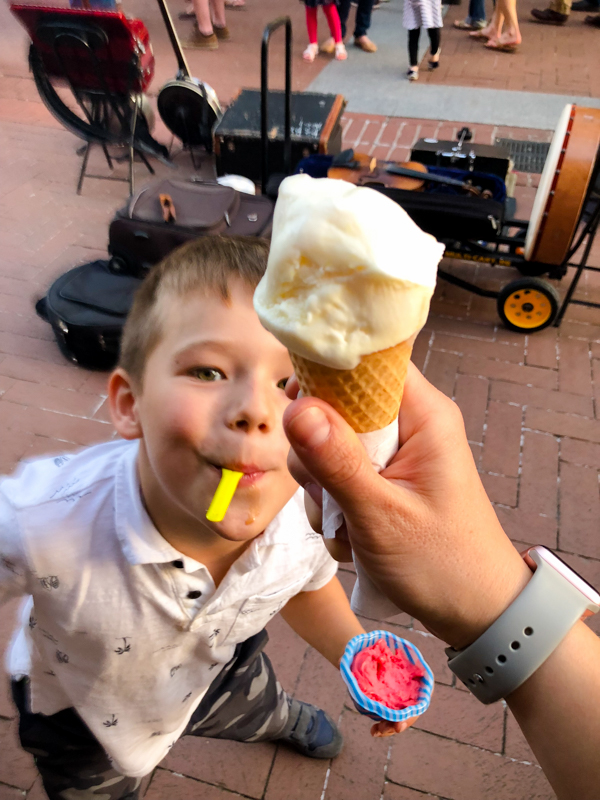 Saturday mornings are always rushed during Mazen’s soccer season when we have to leave the house at 8:45. I have no idea what we’re going to do next year when M heads to public school and has to be at the bus stop at 7:15!! 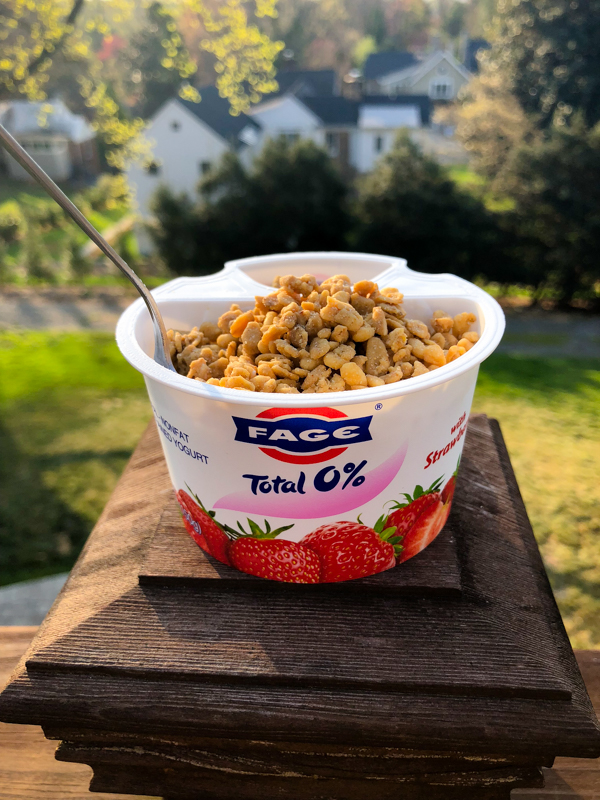 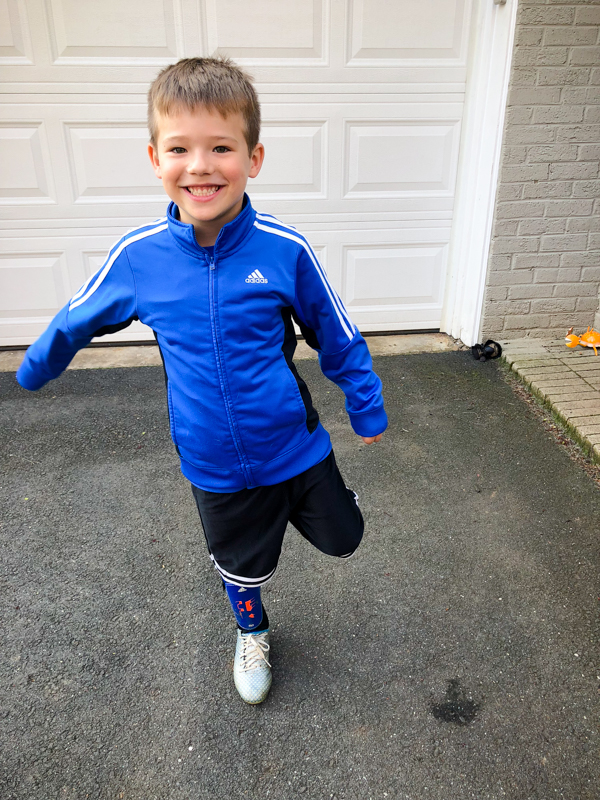 After soccer we decided to walk Gus downtown where all the action was. Thomas grabbed his wallet at the last minute just in case we wanted to get something, and we spontaneously did lunch at The Fitzroy. 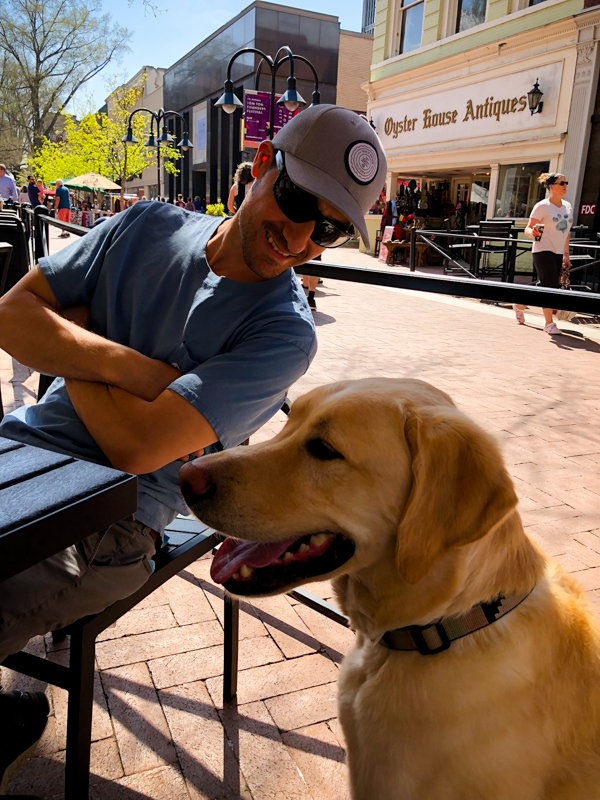 I had a kale caesar topped with crispy chicken. So good! 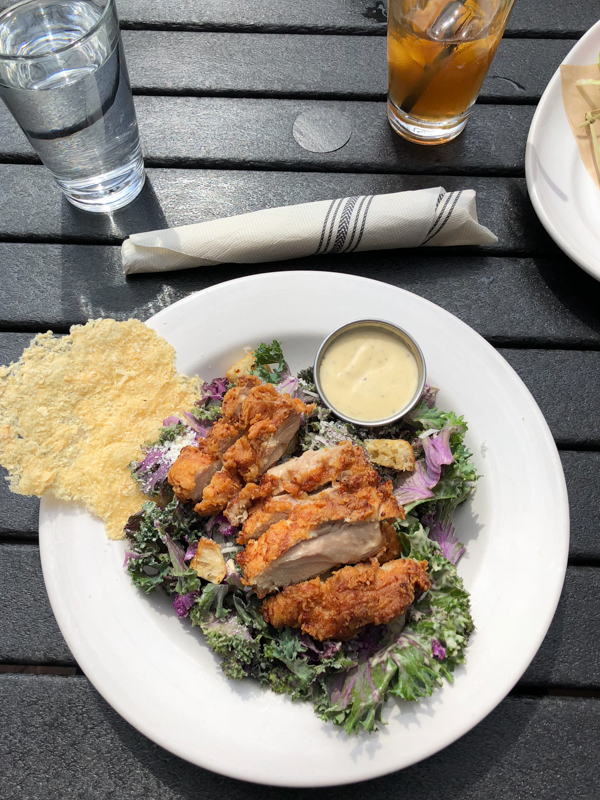 Mr. Popular got lots of attention! 50 people must have stopped to pet him during our lunch. People love dogs! He’s a lab / labradoodle mix so many people comment on how big and tall he is for a lab body. He also has the cutest face ever! 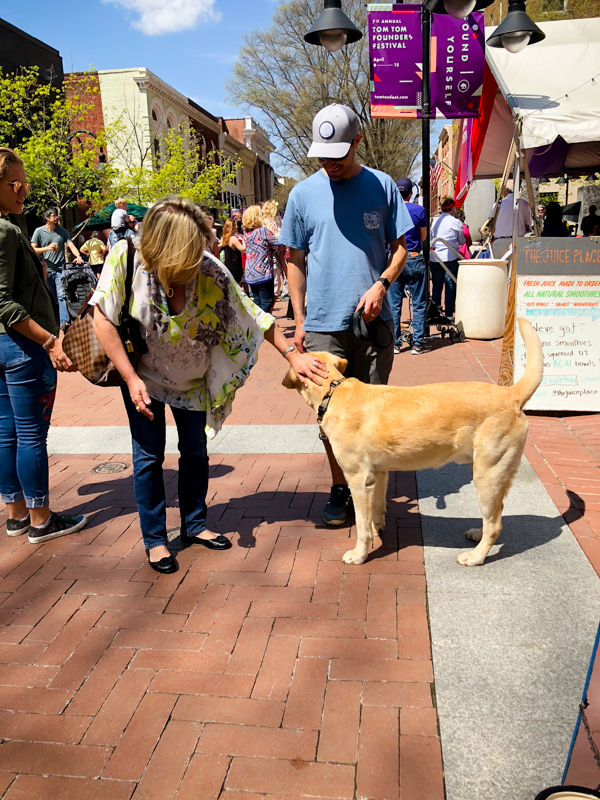 It was such a festive day I couldn’t resist getting a Chaps Birthday Cake cone!! Thomas and I shared it, and it was gone in 2 minutes flat. 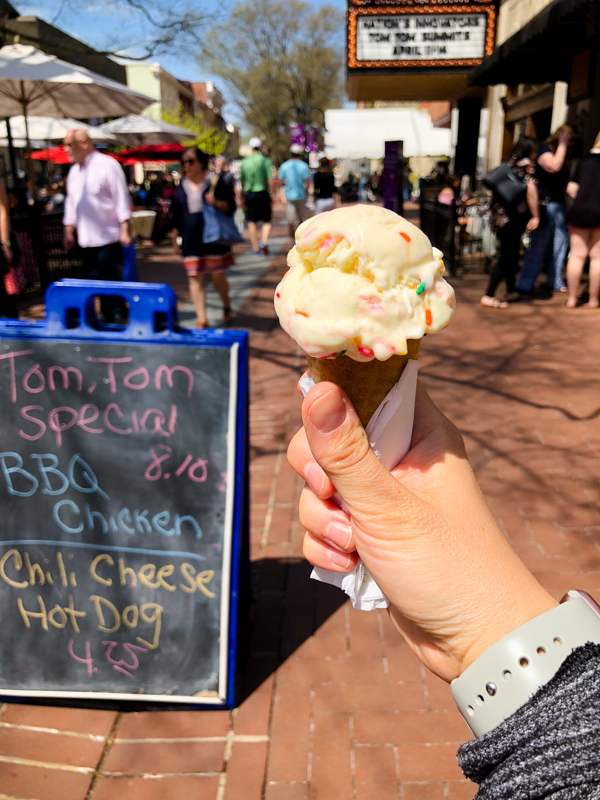 I ran a few errands Saturday afternoon, including picking up this cake to take to Sarah’s birthday party! It’s from Foods Of All Nations, which makes the best cream cheese frosting, and apparently the decorator loves to put quotes around the cake writing. Ha. 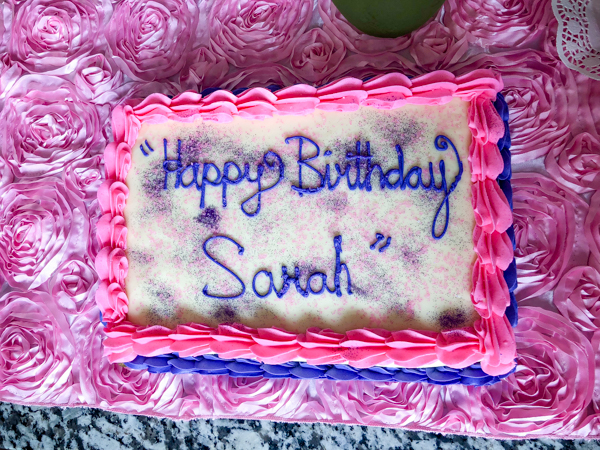 We had a lovely little girls’ night with all things pink and sugary. Sarah just went to Sugar Factory in NYC and we themed her party around it. Loved the gummy worm punch! 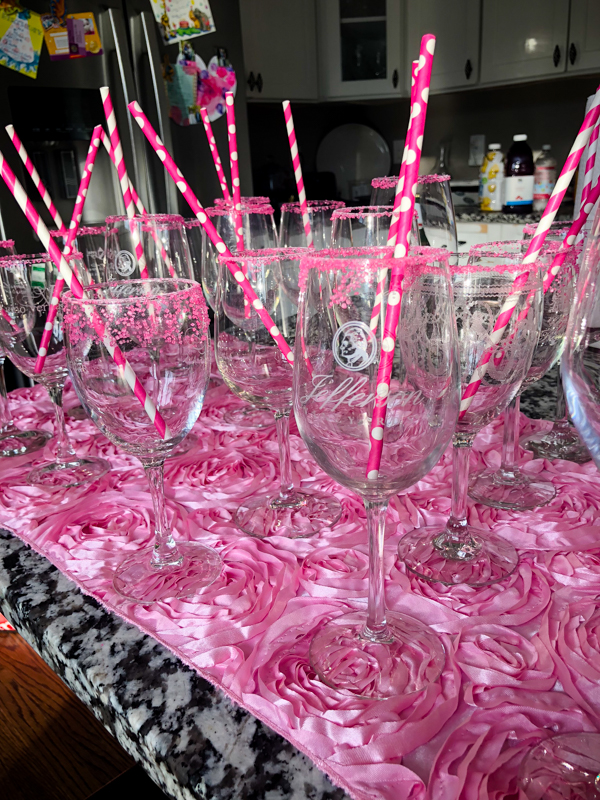 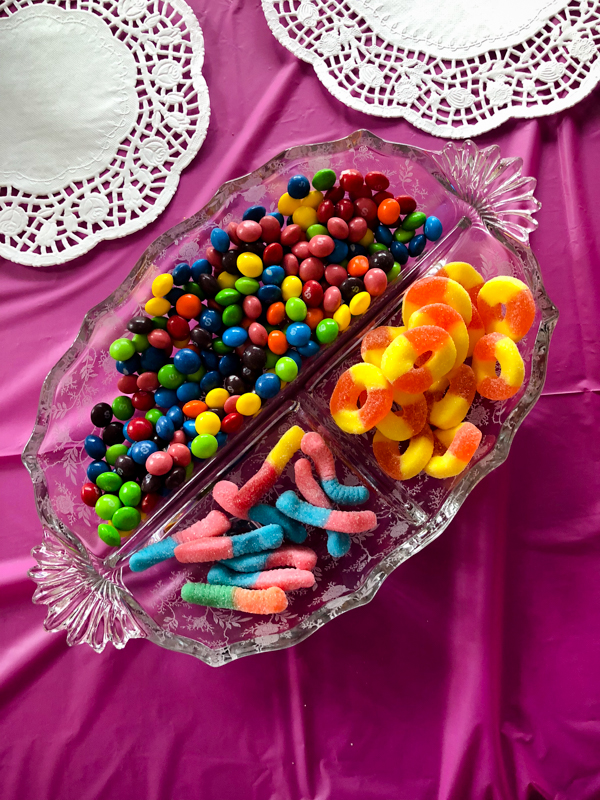 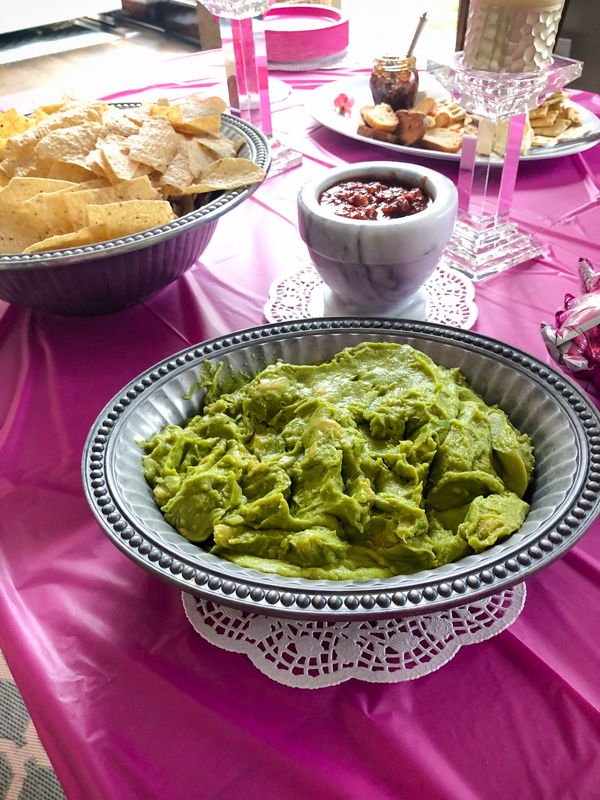 St. Angel brie is the BEST with fig spread!! That was pretty much my dinner *crying laughing emoji* (C’mon WordPress, it’s time to get emojis!!) 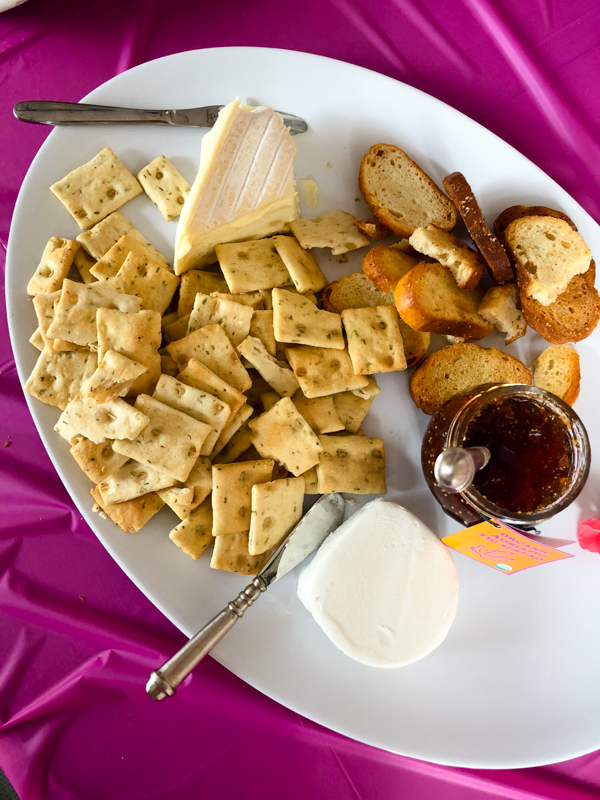 We had a great time, and I was in bed at home by midnight.

Sunday was relaxed as we prepped for the week, had soccer games, and went to a camp open house for Mazey. That’s a wrap!